Kedros Ng has lived in Hong Kong his entire life. He studied engineering after leaving school and worked hard to build his civil engineering business from scratch.

Despite an unblemished criminal record, the 31-year-old last month downloaded over 10 gigabytes of data from his Facebook account and deleted it forever.

“You never know if the Chinese Communist Party of the Hong Kong government will dig through your history and arrest you for ‘harming national security,’” Ng told VICE News.

Ng isn’t alone. He says that more than half of his own family and friends have begun taking similar action. Elsewhere, WhatsApp groups across the city are being scrubbed and social media posts are being erased. Wong He, a Hong Kong TV star — and former policeman — even posted a tutorial on YouTube about how to delete your Facebook account, and it’s been viewed hundreds of thousands of times.

The reason for all this sudden self-censorship? The impending national security law that Beijing is about to impose on Hong Kong.

The details of the draft law have yet to be unveiled, but China experts and activists in Hong Kong fear that part of the new restrictions will see China import its draconian surveillance and censorship network, known as the Great Firewall, into the city. It may not happen overnight and Hong Kong’s position as a global financial hub will mean a different approach is needed compared to mainland China. But for those most at risk of being silenced and arbitrarily thrown in prison, there’s little doubt that the Great Firewall is coming for them.

“When Beijing decides to rule the city with an iron fist, it is foreseeable that China will extend its censorship apparatus to Hong Kong,” said Joshua Wong, a student activist and politician who was one of the leaders of the Umbrella movement earlier this decade.

It was at a closed-door meeting in Beijing last October, five months into the mass protest movement that shook Hong Kong during the second half of 2019, that the Chinese Communist Party first decided it needed to take action.

The pro-Beijing Hong Kong government of Carrie Lam had failed to quell the unrest, and so it was decided that Beijing would step in and do what Hong Kong’s rulers hadn’t for the last 25 years: Draft a national security law.

Ever since Britain handed Hong Kong back to China in 1997, it has been governed by a mini-constitution called the Basic Law, which means the city is part of China but retains a semblance of democratic rule while ensuring an independent judiciary, freedom of speech, and freedom of assembly. The provision is known as “one country, two systems.”

Article 23 of the Basic Law mandates that Hong Kong set out its own national security law. But all efforts to do so have failed — most spectacularly in 2003 when half a million people lined the streets to protest against the legislation.

China’s rubber-stamp parliament passed the national security law last month, but the details of what it contains won’t be known until it’s published, which is expected to happen in the coming days.

The law will likely include the criminalization of the kinds of speech that are considered lawful and unproblematic in Hong Kong (and in democracies around the world) today — and this restriction will very much extend to the internet.

Both Lam’s administration and Beijing have tried to reassure the people of Hong Kong that the national security law won’t interfere with the “one country, two systems” setup. But Lam has at times slipped up, calling those who oppose the law “the enemy of the people” — a slip of the tongue critics says chimes with a regime that routinely silences dissidents and jails those who speak out.

“From Beijing’s perspective, mainland-style controls are needed to bring Hong Kong protesters to heel in the same way that dissidents on the mainland are controlled,” Fergus Ryan, an analyst who studies Chinese internet censorship at the Australian Strategic Policy Institute (ASPI), told VICE News.

‘A climate of intimidation’

Officially, there is no online censorship in Hong Kong today. either by the Communist Party or by the Hong Kong government. But that doesn’t mean there isn’t digital censorship or surveillance of the city’s citizens. It just doesn’t happen the way it does on the mainland, where authorities simply block access to problematic content or remove offending comments.

“Censorship in Hong Kong is exercised by a climate of intimidation,” Kong Tsung Gan, an activist living in the city, told VICE News. “You see this most clearly in the mainstream media, many of which are beholden to the Party or fear that if they offend the Party, their business will suffer. The Party already directly owns a large portion of the book distribution and retail market.”

State-backed broadcaster RTHK, for example, has always been seen as an independent voice in the city, but recently a government-appointed adviser directed the broadcaster to make a “positive” 20-episode series about the national security law, something that has been criticized as nothing more than CCP propaganda.

Teachers who openly criticized the government on social media say they are now living in fear of losing their jobs. Hugely popular Telegram channels, which were used to coordinate protests and have tens of thousands of followers, have been shut down and the operators arrested.

Pro-democracy politicians and parties who previously espoused self-determination have suddenly dropped such statements in order to be allowed to run for public office.

“The police over the past year has been trying to use various court injunctions to target selectively certain posts on the internet and also Telegram group administrators for content that they automate your posting or simply appearing in their channels, with orders to remove or even prosecution,” Charles Mok, an internet entrepreneur and a pro-democracy lawmaker in Hong Kong, told VICE News.

The result is not a change in opinion among those who want independence but a muting of those voices.

China has spent decades building what has become known as the Great Firewall, an all-encompassing digital surveillance and censorship machine that allows the Chinese government to tightly control what information its citizens can and can’t see.

The Great Firewall is what allows the Chinese government to wipe out history, meaning that tens of millions of Chinese citizens don’t even know about the Tiananmen Square massacre in 1989.

Now it has the chance to show the world how such a tool can be exported.

“In Hong Kong, the Chinese authorities are going to have an unprecedented opportunity to experiment with their global vision of internet control, outside of China,” one of the co-founders of GreatFire.org, an organization that tracks China’s online censorship, told VICE News, using the pseudonym Charlie Smith.

While it would be relatively easy for the Chinese government to extend the wall to surround Hong Kong, doing so quickly would lead to a huge backlash both locally and globally, as it would be an overt breach of “one country, two systems” which is to remain in place until 2047.

Hong Kong also presents unique challenges, given its position as a global financial hub, something the Chinese government wouldn’t want to erode. However, already huge companies like HSBC and Standard Chartered have publicly voiced their support for the national security law, suggesting they will be on board for whatever restrictions Beijing seeks to impose.

“It’s unlikely in the near future that the Party will openly and directly impose the Great Firewall on Hong Kong,” Kong said. “Instead, the Party prefers a bits and pieces stealth approach. This might involve tighter controls imposed on internet and media companies in Hong Kong. The Party’s ideal approach is that most people don’t notice the creep happening until it’s too late.”

There are many ways that the national security law, which is designed to criminalize secession, subversion, terrorism, and activities by foreign forces that interfere in Hong Kong, could be used to restrict the online space.

“The Chinese authorities will first try to convince foreign platforms to self-censor — if they don’t, then their access to the Hong Kong market will be restricted,” Smith from Greatfire.org said.

We have already seen examples of this strategy, with Apple last October removing the HKMap.live app from the Hong Kong App Store. The app was being used by protesters to coordinate meetups and help them avoid police patrols.

“The same pressure will be applied to other foreign companies that have played an instrumental role in activism, like Facebook,” Smith added, pointing out that several other authoritarian regimes like Vietnam and India have sought to pressure U.S. tech giants to hand over more information about their

The Chinese authorities could also target the internet at the source.

“Beijing could achieve this by making the issuance of licenses to Hong Kong-based internet providers a national security concern,” Ryan said. “ISPs would be required by law to extend the mainland’s censorship apparatus to cover Hong Kong.”

Whatever the approach, it’s likely that the most outspoken will be those targeted first, based on the regime’s actions in mainland China.

“I will probably be the prime target of the new law since I have been arousing global awareness on the city’s democratic aspirations and human rights abuses on Twitter and Facebook,” Wong said.

But he isn’t the only one. This practice is especially prevalent among those working for the Hong Kong government, or companies that are funded by the government, such as MTR, the city’s public transport company.

“People are deleting Facebook accounts and deleting posts in support of the protests because they’re worried that that, especially for civil servants or anyone who works in these big companies, that there will be some kind of consequences for what they posted earlier,” Maya Wang, a senior China researcher for Human Rights Watch, told VICE News.

As well as self-censorship, people in Hong Kong are looking at other ways to avoid possible internet restrictions. In the wake of the new law being approved, VPN services saw a huge uptick in signups from Hong Kong.

Throughout the Hong Kong pro-democracy protests, cyber activists have played an essential role in keeping the movement alive, by creating unique apps like the real-time mapping app HKmap.live and the use of mesh networks that cannot be taken down.

And that is not going to stop now.

“Draconian laws and barricades cannot stop our spirit of resistance,” Wong said. “Although authoritarian China attempts to deal a deathblow to the city’s civil society, I am sure Hong Kongers will have ways to circumvent China’s rigid cyber controls.” 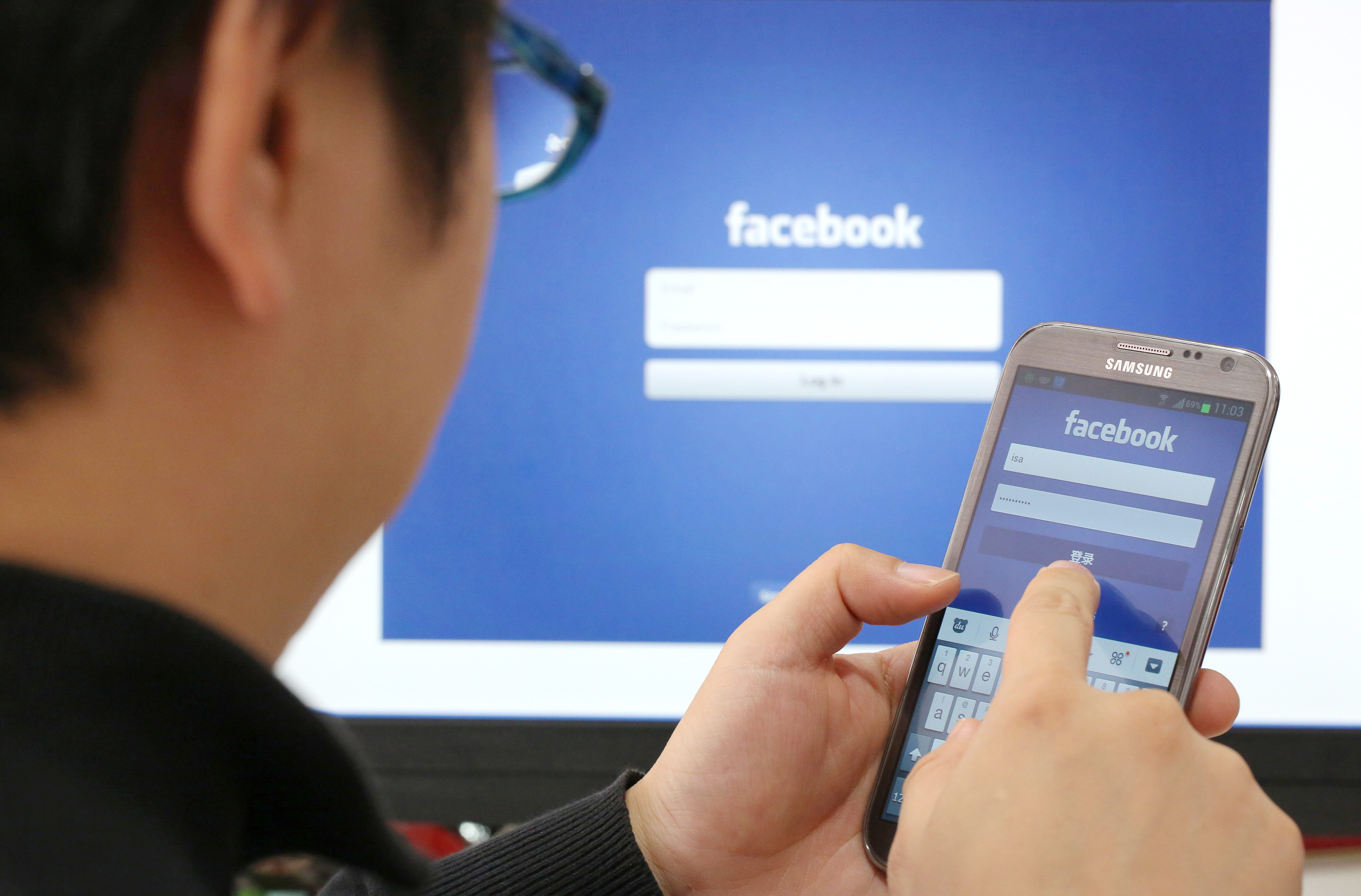