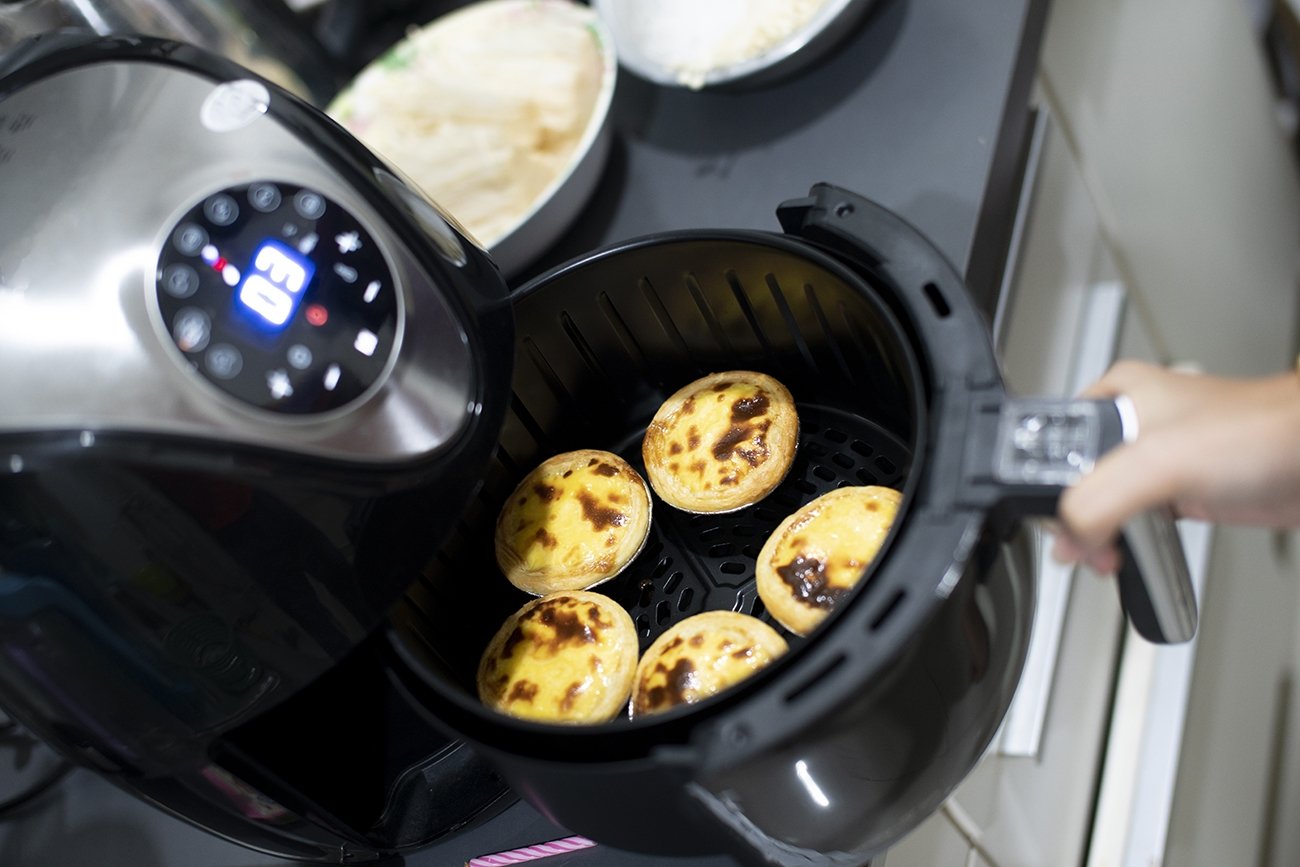 Let’s face it, the tastiest food isn’t always the healthiest. Yes, I am talking about fried chicken and French fries. However, that doesn’t always have to be the case, as fortunately, air fryers have come to the rescue. Air fryers are the heroes we’ve been anticipating since the invention of crunchy potato chips, deep-fried chicken goodness, and fried food in general. Air Fryers are also used for roasting veggies, cooking meats, baking food, and more.

Stick around if you want to know more about air fryers. Below, we’ll walk you through some of their many benefits and how you can use them to improve your diet.

One of the best things about convection cooking is that it guarantees even cooking through all parts of your food.

What Can you Make with an Air Fryer?

You can use air fryers for many types of food. You can use it for chicken wings, beef, pork, and seafood. You can also cook veggies like corn on the cob, potatoes, peppers, kale, zucchini, asparagus, and cauliflower. In most air fryers, you can even bake goods like cakes, brownies, muffins, bagels, and bread. Basically, you can do anything, from frying and roasting to grilling or baking, using an air fryer.

Why Use an Air Fryer?

You can improve your diet by cooking oil-free meals, including fried food, using an air fryer. Some prefer to add a little bit of oil, perhaps a tablespoon, to add flavor and crunch to their food, which is still much healthier than deep frying. So you get a healthy and tasty option with air fryers. It’s estimated that the fat in air-fried food is 75 %less than that in traditional, deep-fried food.

Air Fryers are faster than most traditional ovens due to their powerful heating. And unlike ovens, they usually don’t require preheating which means less time spent cooking, as you subtract the 10 minutes it takes an average oven to preheat.

If you’ve been in a kitchen, then you know this: oil is messy. Thankfully, you don’t use much oil, if any, in air fryers. That means it won’t get greasy and become hard to clean up.

Air Fryers take less time to cook food, and so, they use less electricity than traditional ovens. Moreover, you don’t have to get rid of all the oil used in deep frying, so they’re good for the environment too.

A pot full of scalding oil can go wrong so fast and in many ways. You can tell why we think air fryers are safer, as long as you use it carefully and follow the instructions. An air fryer also protects you from acrylamide, which is produced from frying a large amount of oil. Acrylamide may be linked to various types of cancers like endometrial, pancreatic, breast, esophageal, and ovarian cancer.

An Air fryer is a great addition to your kitchen and might be just what you need for a healthy diet. It uses convection heat transfer to cook the food quickly and evenly, resulting in crunchy, heavenly, golden-brown comfort food. It has additional uses too other than frying, like roasting, grilling, and even baking! What makes an air fryer a wise investment is that it uses much less oil and fat than traditional cooking and deep-frying methods, which reduces risks of diseases, such as obesity and some types of cancer. It’s eco-friendly too because it requires much less electricity. An air fryer is all you need for some guilt-free tasty potato chips.

The Navy Wants to Kick Out the SEAL Trump Just Pardoned

CEO Secrets: ‘We tried paying everyone the same salary. It failed’