WASHINGTON — Vice President Mike Pence might not have a new national plan to reduce the surge in coronavirus cases in the South.

But that doesn’t mean he doesn’t have ideas. There’s always prayer.

“I’d just encourage every American to continue to pray,” Pence said Friday during the first White House Coronavirus Task Force briefing in weeks (Trump stopped them in late April, tweeting they weren’t worth the time anymore). “Just continue to pray that, by God’s grace, every single day, each of us will do our part to heal our land.”

And that’s about as much of a plan as Pence appears to have to stop spiraling outbreaks in states like Texas, California, and Arizona. One by one, task force members agreed that the rising cases are concerning. But Pence encouraged Americans to look to their mayors and governors for guidance. The White House, Pence insisted, wants to avoid a one-size-fits-all solution.

“What we’re seeing across the South, is really, outbreaks,” Pence said. “People ought to listen to their state and local authorities.”

READ: 1 in 3 women have had trouble getting birth control during the pandemic

Pence’s lack of specifics reflects President Trump’s lead-from-behind approach, which relies on governors to decide whether to reopen their economies while taking credit for any metrics that appear to be heading in the right direction. Yet there was no denying on Friday that the numbers are looking grim: The virus has killed at least 124,000 Americans, and infection rates are rising in multiple states. U.S. on Wednesday had its highest number of cases in a single day.

Fauci stood tensely behind Pence with his arms crossed like a coiled spring for much of Friday’s event. But he warned that places with falling cases, like New York and New Jersey, could easily see their progress imperiled by blowback from the states now getting worse.

“What goes on in one area of the country, ultimately, could have an impact in other areas,” Fauci said.

Pence also dismissed a question about whether he and Trump would tamp down their large arena rallies during campaign season, despite health officials urging Americans to avoid mass gatherings. Trump’s rallies in Oklahoma and Arizona last week brought thousands of supporters together indoors — though crowds were relatively small compared to those pre-pandemic.

Pence insisted the rallies are a “First Amendment right,” and protected political speech.

And after that, the task force departed, taking no further questions.

Cover: Dr. Anthony Fauci, right, director of the National Institute of Allergy and Infectious Diseases, listens as Vice President Mike Pence speaks during a news conference with the Coronavirus task force at the Department of Health and Human Services in Washington, Friday, June 26, 2020. (AP Photo/Susan Walsh) 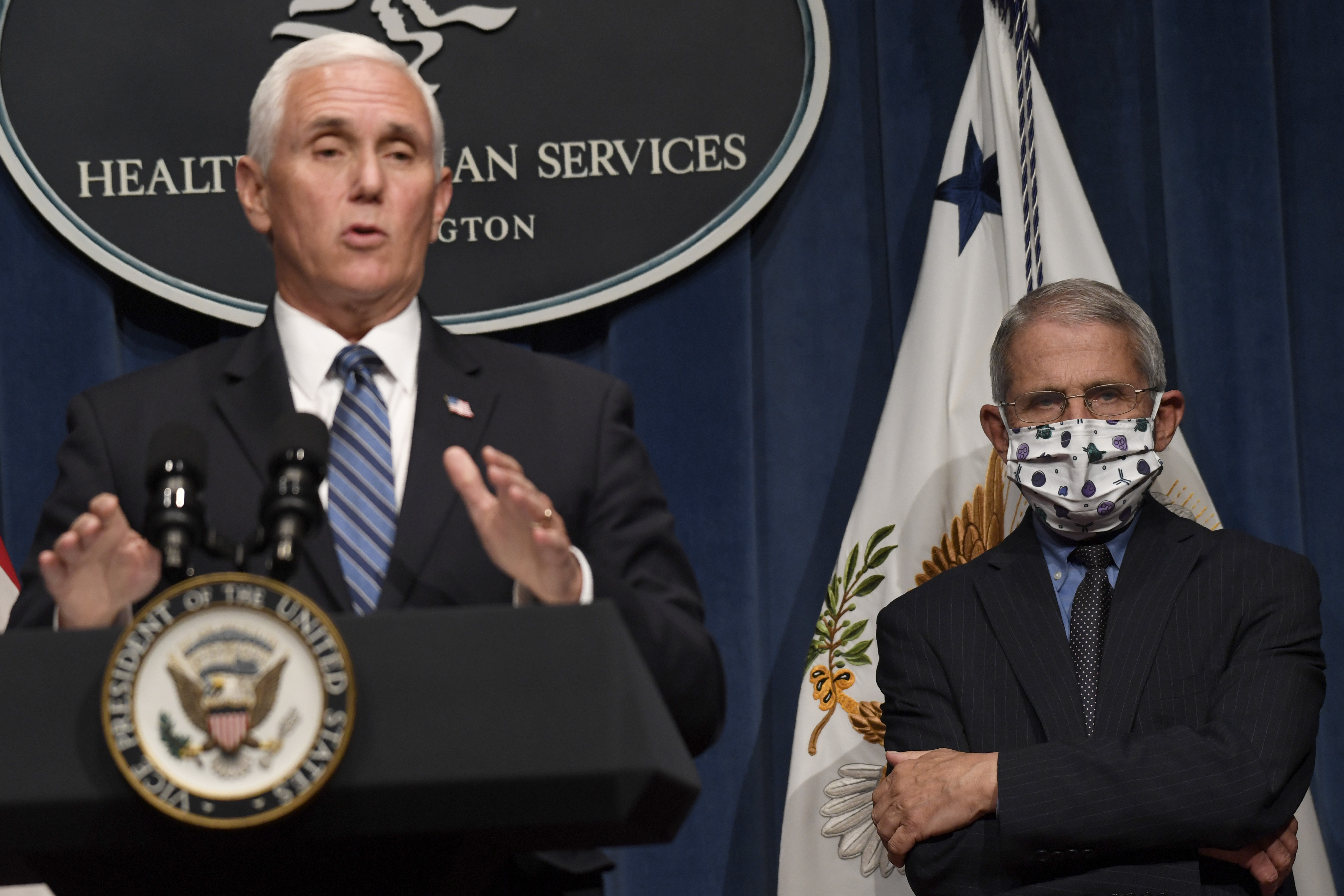 How to Protect Yourself After a Car Accident

6 Tips on Traveling in America

Mayor Pete Wants To Pay for Your College — Kinda!