A Detroit police officer drove an SUV through a crowd of protesters Sunday night, after multiple demonstrators jumped onto the car. The vehicle quickly sped up even with people on the hood, as others screamed and tried to catch up with the car.

No one was seriously injured, but the incident is reportedly under investigation.

It happened in the southwestern part of the city, when police reportedly attempted to stop protesters marching against police brutality from occupying the city’s Patton Park, according to the Detroit Free Press.

A 24-year-old protester named Jae Bass told the Free Press that the police vehicles in the roadblock began moving as the march made its way through a roadblock, and that he tried to stand in front of the SUV before it hit other protesters. As the chaotic scene unfolded, the SUV accelerated even as a few people were on the hood, and slid off.

“In response to that, he just floored it,” Bass told the Free Press. “He went super fast. Me and a couple of other organizers that were with me just went flinging off. We went flying off. He ran over a couple people’s arms, feet. He ran over her phone. I think I was the last person on the car. I was just holding onto the car. I could feel him speeding up and then he did one of these and he flinged me off the car.”

An email requesting comment from Detroit police was not immediately returned, but Detroit police spokeswoman Sgt. Nicole Kirkwood told the Free Press on Sunday that the department was investigating the actions of both the protester and the officer. She also said the rear window of the police SUV was broken.

Two protesters were thrown from the hood, according to the Detroit Free Press. While one man “clutched his leg and limped after he stood up,” according to the paper, both men continued to march.

Michigan Rep. Rashida Tlaib, whose district includes the western half of Detroit, called for the city’s elected commission to investigate.

The Detroit incident echoed similar scenes at protests in New York and Richmond, Virginia, in recent weeks where police vehicles collided with demonstrators. 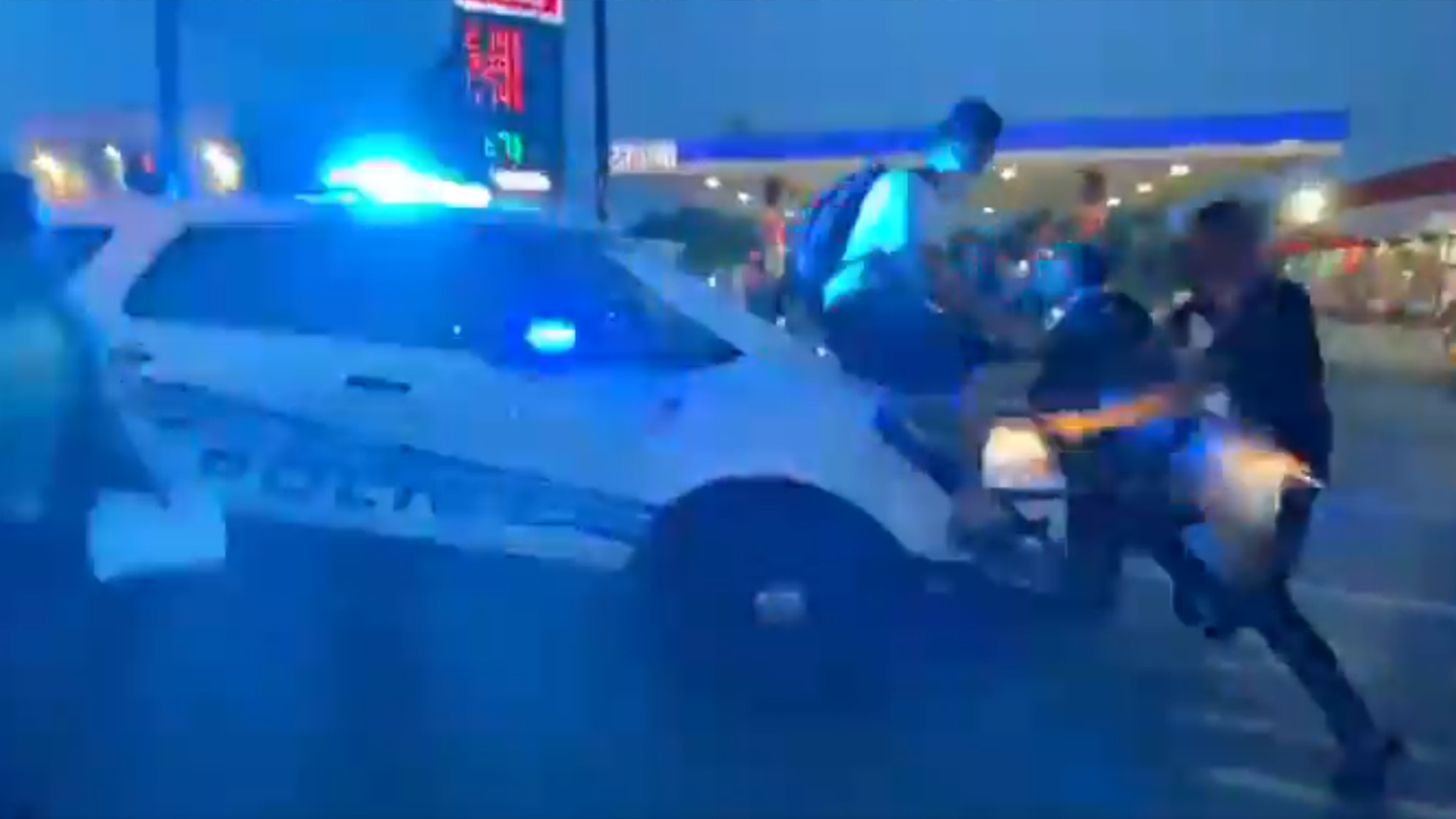