Many climate activists were sorely disappointed this week when Green New Deal advocates in Kentucky and Colorado failed to win their primaries against moderates favored by the Democratic establishment. And now one prominent climate group is blaming the entire progressive movement for the losses.

“I’m not going to say these races are important moral victories that mean we need to work harder next time,” reads a statement from Evan Weber, political director for the Sunrise Movement, which worked closely with both candidates’ campaigns. “The truth is, these races were ours for the taking, and progressives blew it. These were not races that progressives could afford to sit out, but too many organizations did.”

The frustration of Weber and many other climate advocates comes from two progressive candidates failing to beat their moderate opponents in closely watched primary races: Charles Booker lost by less than three points to Amy McGrath in Kentucky, and Andrew Romanoff missed by a wider margin in Colorado to John Hickenlooper, the state’s former governor.

But climate organizations that stayed out of those races suggested winning isn’t as clear-cut as Sunrise is making it seem. The League of Conservation Voters endorsed neither Booker nor Romanoff because it didn’t see them as likely to prevail.

“We have a high bar for engaging in primary races,” said the group’s senior vice president of government affairs, Tiernan Sittenfeld.

And if Sunrise is going to call out other organizations, then it also needs to assess its own role in the primaries, according to RL Miller of the grassroots advocacy group Climate Hawks Vote, which refrained from getting involved in Kentucky’s primary but threw its weight behind Romanoff in Colorado.

“I’m acutely aware of the fact that the progressive movement is much better about complaining than they are about winning races,” she told VICE in response to Sunrise’s statement.

“These were really winnable races. We had viable progressive options that very very few progressive organizations rallied behind.”

Booker was an aggressive proponent of a Green New Deal stimulus plan that could transform Appalachia’s declining coal economy, whereas McGrath has called the sweeping climate vision championed by people like Alexandria Ocasio-Cortez “more of a theory than an idea.”

A similar dynamic played out in Colorado, where Romanoff promised to ban oil and gas drilling while Hickenlooper rejected calls to restrict the fossil fuel industry and previously drank a cup of fracking fluid in a meeting with oil and gas executives.

“These were really winnable races,” said Weber. “We had viable progressive options that very very few progressive organizations rallied behind.”

Booker started off as a virtual unknown in the Democratic primary that decided who will challenge Mitch McConnell in November. By late May, his vocal support for the Green New Deal had gotten him noticed by climate groups other than Sunrise, picking up an endorsement from Friends of the Earth Action. But the 35-year-old rapidly gained national attention after taking a central role in protests against the police killing of Breonna Taylor in Louisville.

Booker was endorsed by major groups like MoveOn, Democracy for America, and the Working Families Party, as well as Ocasio-Cortez and Sens. Bernie Sanders and Elizabeth Warren. The organization Our Revolution endorsed him on Election Day. But it might have been too little, too late.

Coronavirus meant that many absentee voters might have cast ballots earlier on before Booker became more of a well-known option, according to Dewey Clayton, a professor of political science at the University of Louisville, and the progressive lost to McGrath in some more rural and conservative areas of Kentucky.

“Some of those national organizations, maybe they didn’t step up quick enough and realize how viable a candidate he was going to be,” said Clayton. “I think if he’d had a little more time, he might have been able to turn the tide.”

The group Climate Hawks Vote, which endorses and supports candidates who run on aggressive climate platforms, stayed out of the Kentucky primary entirely. Miller said Booker’s campaign never reached out to her group and she didn’t see the state as particularly favorable to a Democrat going into November.

“I always want progressives to win, but I also saw that race as unwinnable from the start,” Miller said. “Not in the primary, but in the general election, I find it very unlikely that anybody’s going to unseat McConnell.”

But Climate Hawks did throw its weight behind Romanoff in Colorado’s primary, which decided the Democratic challenger to Cory Gardner, a much weaker Republican. Miller argued Sunrise could have done a lot more to help Romanoff win but instead focussed more of its efforts on a higher-profile but far less winnable election in Kentucky.

“They didn’t do nearly as much for [Romanoff] as they did for Booker,” she said.

But like Booker, Romanoff’s campaign also faced daunting challenges. In the early days of the race, he was one of many candidates competing for the Democratic senate nomination. The Democratic presidential primary made it harder to attract staff, and the Democratic Senatorial Campaign Committee provided heavy fundraising and organizing to the much more moderate Hickenlooper, particularly in the final stretch as Romanoff seemed like a more serious competitor.

“We were up against headwinds,” Trujillo said.

The Colorado insurgent eventually gained major endorsements from progressive organizations but not necessarily the deeper organizing support that would have helped him win.

“Even among the groups that endorsed, only a small handful put in a significant amount of effort to support his candidacy,” Weber said.

Weber conceded that closer to Election Day, it was easier to get Sunrise Movement members nationally to volunteer on behalf of Booker, who had become a major voice on the anti-police demonstrations taking place across the country.

“We would get more phone-bank signups for Charles than for Andrew,” he said.

These are just some of the difficult calculations and political realities that factor into progressive climate groups deciding which candidates to support.

“The League of Conservation Voters has done long work to elect environmental champions up and down the ballot, and we have no higher priority than defending the House majority, flipping the Senate and electing a climate champion as our next president,” Sittenfeld said. “Each group needs to make their own decisions about how to best to fulfill the mission and goals that I know we all share.”

Weber thinks that with Romanoff and Booker out of the running for the U.S. Senate, the fight to avert the climate emergency just got harder — and that should prompt a reckoning for any organization committed to transformative economic change.

“There are valid reasons why any single organization might not have been involved in any of these races or didn’t get involved until later, but it’s adding up to a failure of the progressive movement as a whole,” he said. 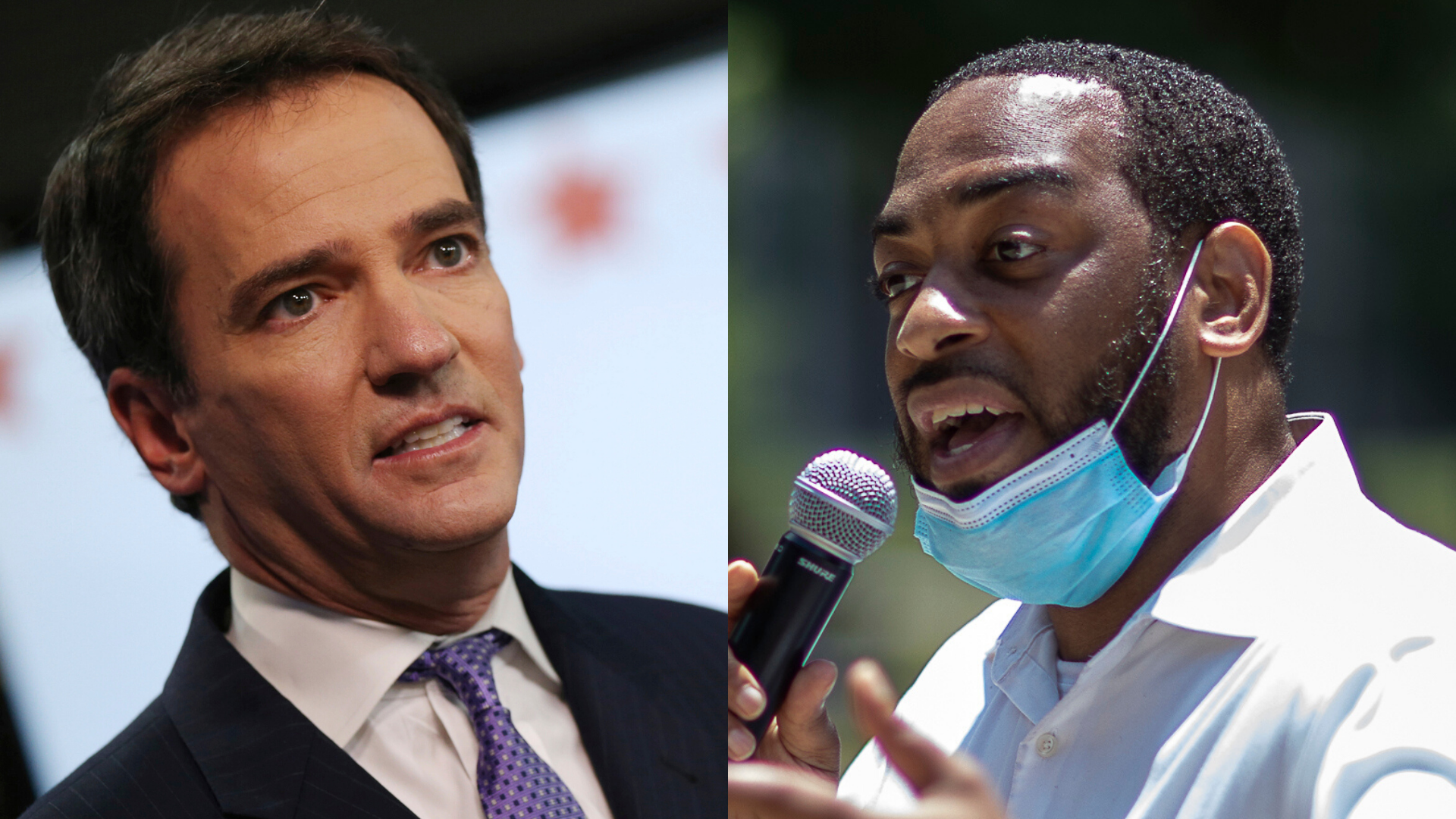 Flybe boss says government loan is not a bailout