Marijuana paraphernalia is definitely an interesting part of the cannabis culture. Some smokers even value their paraphernalia even more than smoking itself. While owning some sort of paraphernalia can be illegal in some spots, some smokers have dished out some seriously impressive cash for a wide-range of crazy and luxurious pipes and bongs.

As a smoker, sometimes it gets a bit tiresome of smoking joints and you need a new little spice to your weed intake. “Some people collect crazy bongs and pipes that help to give an even higher high…and others just like to collect cool artifacts that are associated with weed,” says Anne Lisa, founder of Online Dispensary Canada and a passionate cannabis paraphernalia fan as well. Without further adieu, here is a list of some expensive and out of this world types of pipes and bongs.

Made from some well-known and world-renowned glassblowers, The Throne is a wild design that has some demonic features to it. Only two inches tall, this five-pound bong has a removal skull that reveals the pipe’s mouthpiece. It has one percolator and was sold at an auction in 2019 for a cool one million bucks. 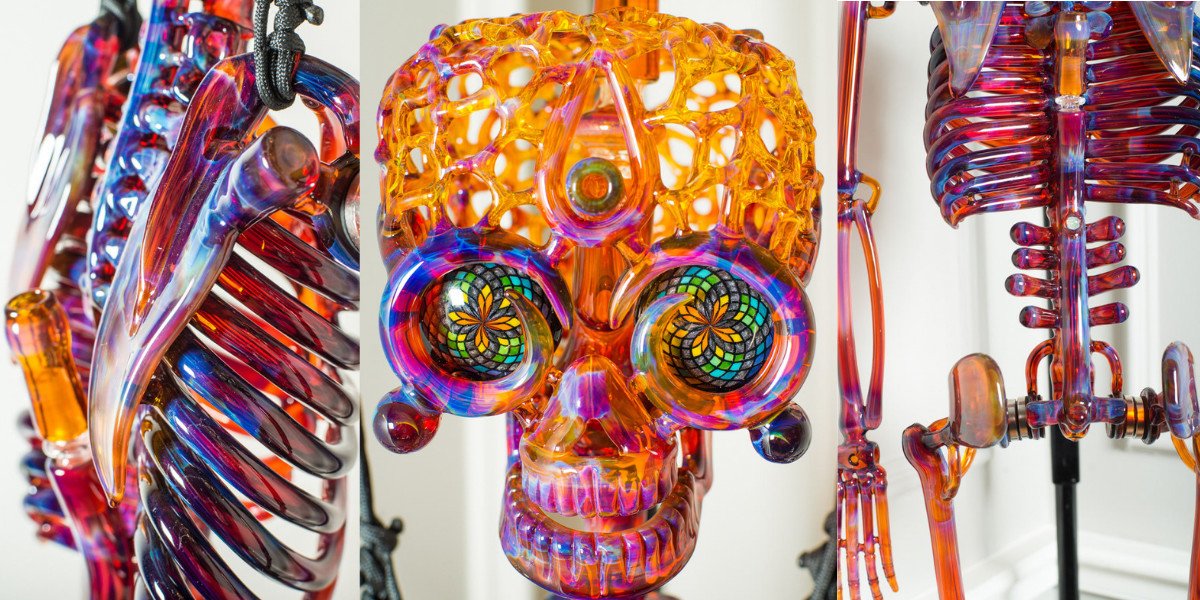 Making sure to dethrone The Throne, Earl the Skeleton Pipe was also sold for one million big ones. This bad boy is three inches tall and has separatable bones and joints. It has a custom stand piece and comes in eight different pieces. Each piece can be disassembled and it has six dab rigs and two regular pipes. So, essentially, you’re paying for eight $125,000 each piece. (As if that makes it any more reasonable). 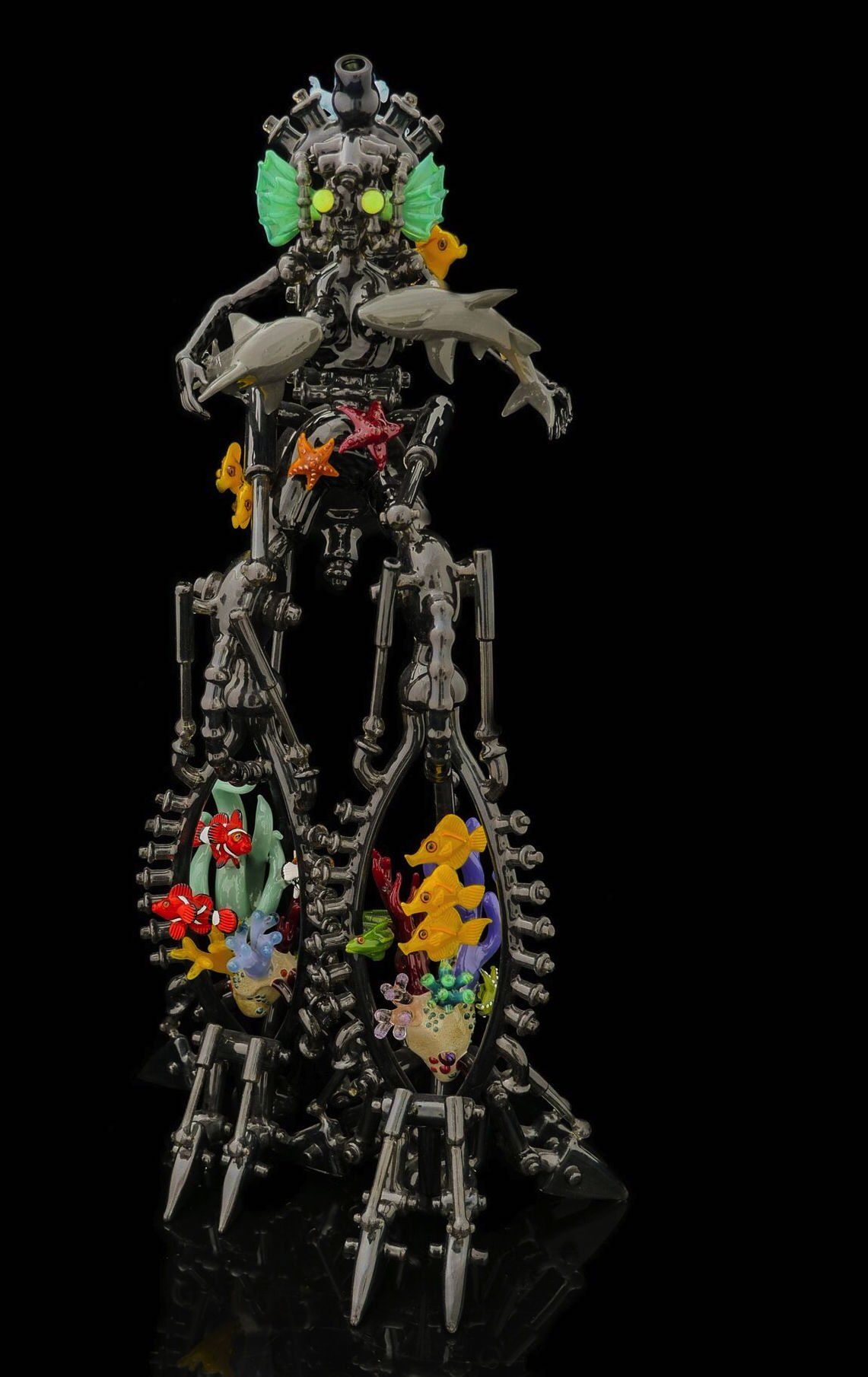 Okay, now that we’re out of the million-dollar range, we’re really talking. Senda stands over 12 inches tall and is made of a very real structure that looks like an oceanic creature. The bong can stand on its own and doesn’t need its own holder. Plus, it’s fully functional.  Sedna has extraordinary detail and when you look closely, you can see fish and underwater plants in unbelievable details. 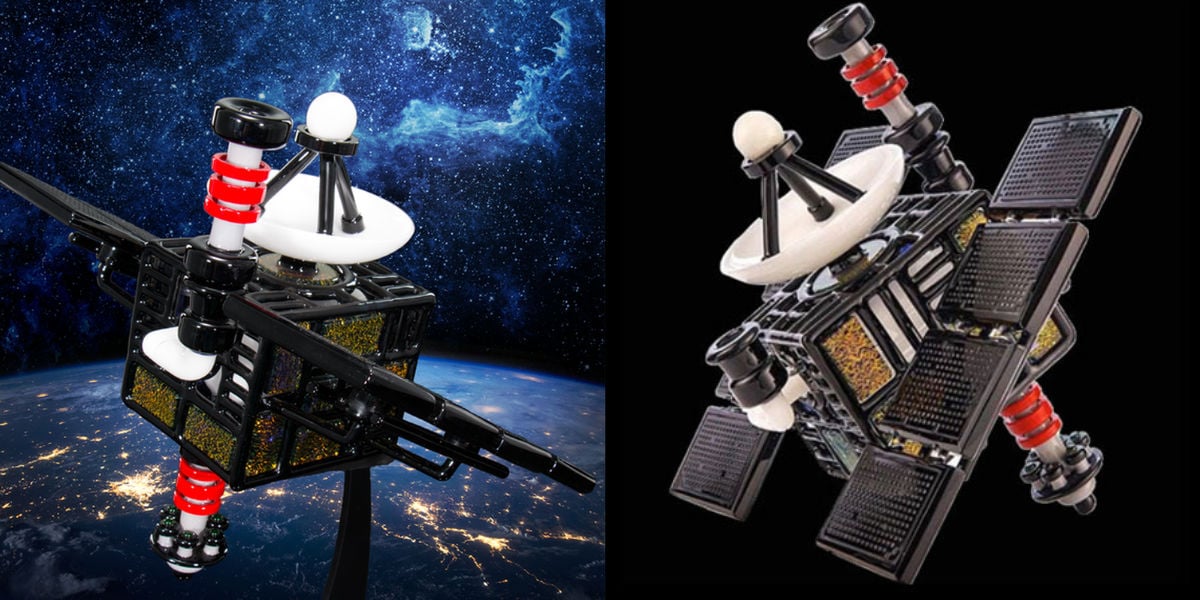 Modeled after the Hayabusa satellite, this bong is quite literally out of this world. It’s attention to detail is intricate and that is obviously reflected in its price. It stands over 12 inches tall, is fully functional, and is completely made from glass. The Hayabusa is a one-of-a-kind bong and it makes it a must-have for all big-time bong and pipe collectors. 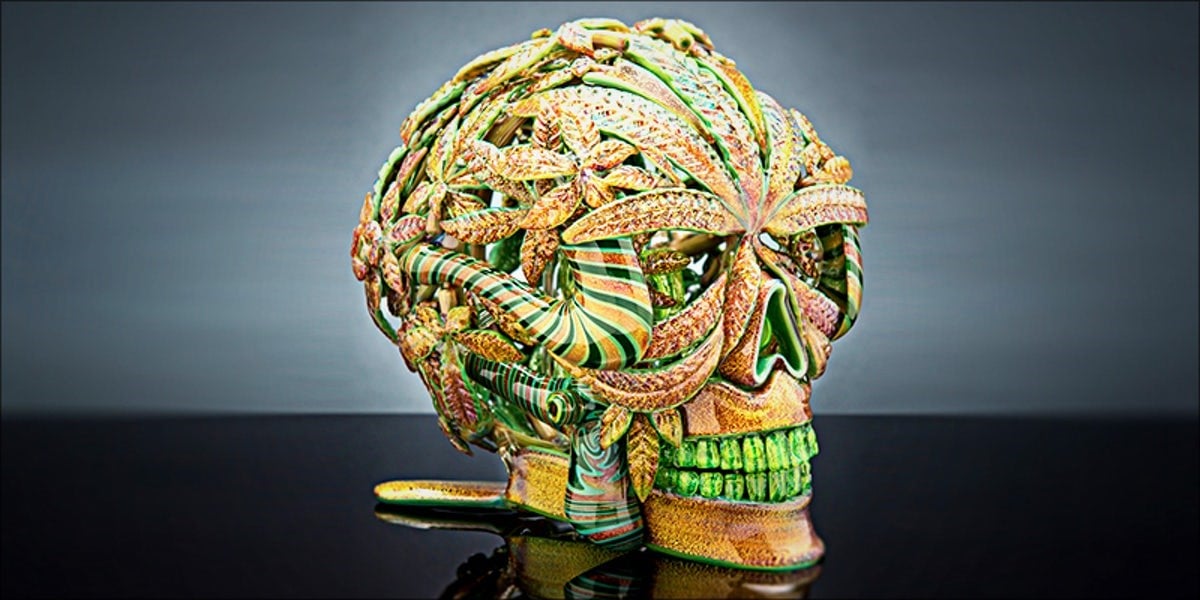 This bad boy is made from 21 karat gold and stands nine inches tall. It’s still fully functional and you can totally smoke out of it. The artist claims this handmade bong took him over 500 hours to make and it’s the most heavily-infused gold pipe in the world. If you’re going to want to smoke out of the gold, you’ll need to toss out some dough. 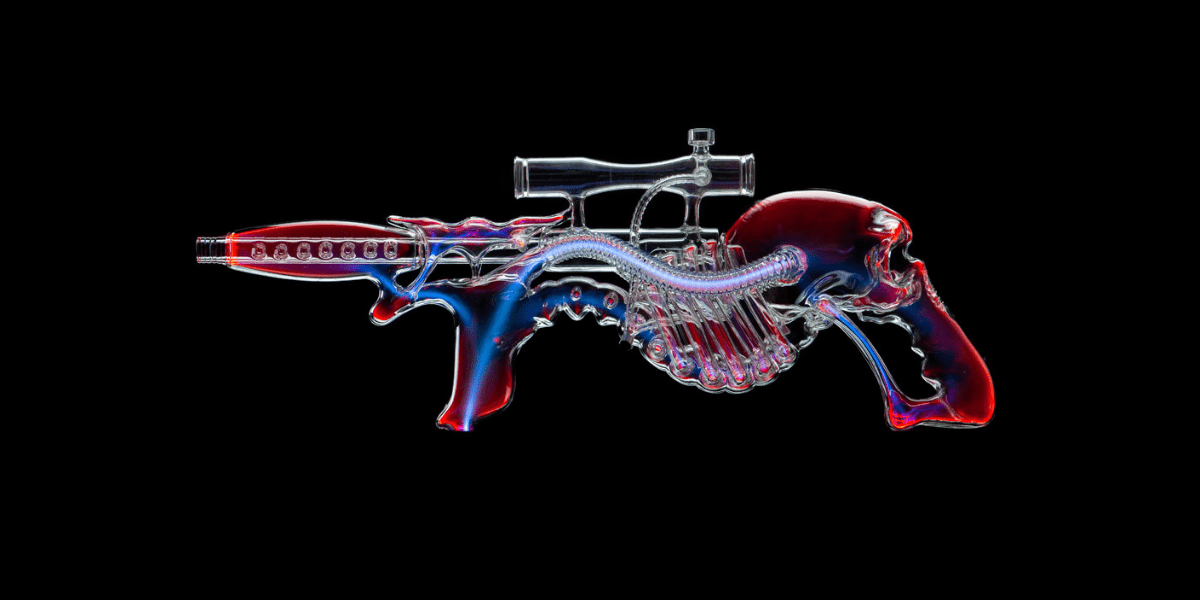 Fabricated in 2010, this glow in the dark bong has a realistic gun design and stands over ten inches tall and spans 18 inches long, making it a great option for smoking hashish or other concentrates. The gun looks like something you’d choose to hunt zombies in a video game and the fact that it glows in the dark is all the more enticing. The bong has a scope, a barrel, a trigger, clip, and handle. What else could you need when you’re about to get fired up? 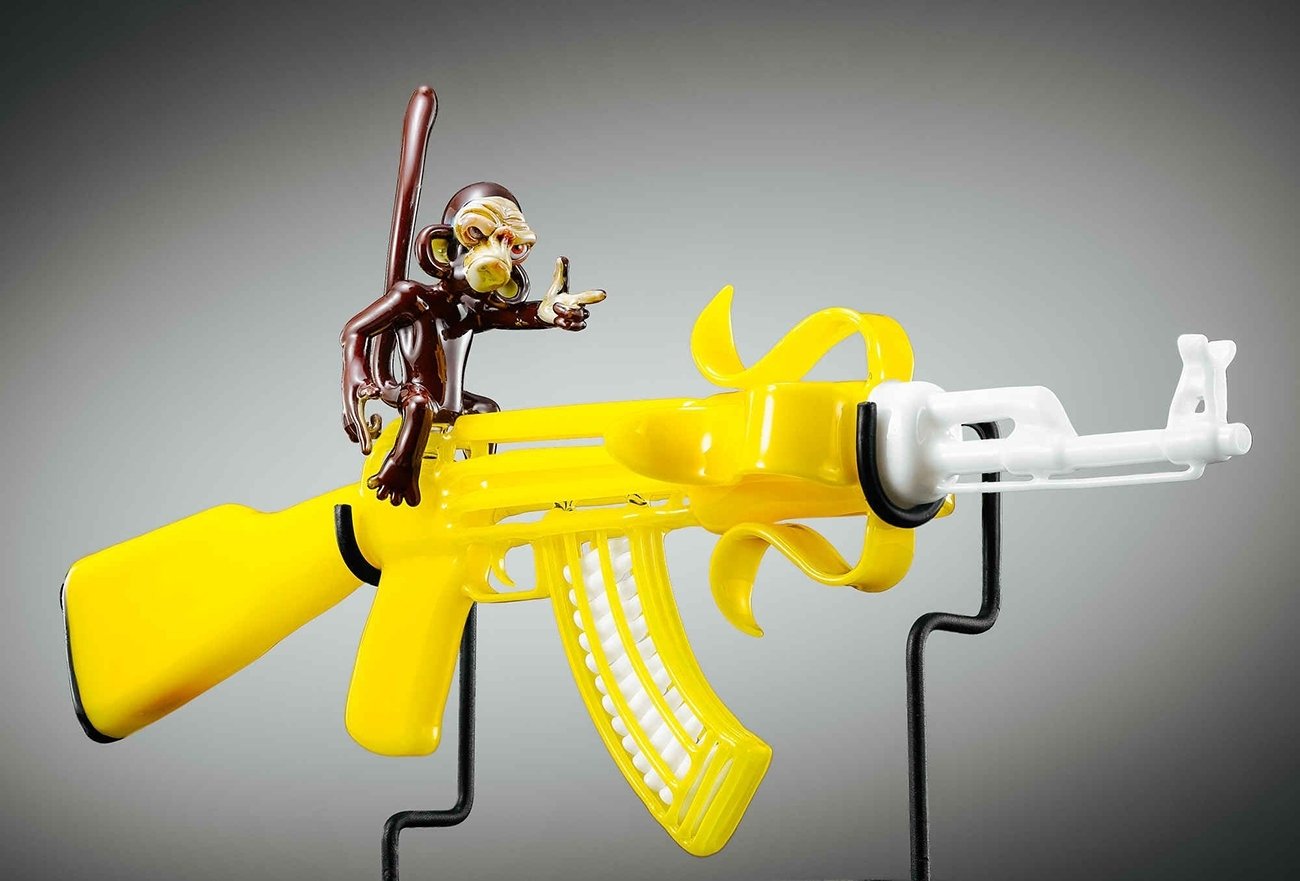 As opposed to the more glasslike bongs, Monkey See, Monkey Shoot really stands out due to its vibrant yellow side and the fact that a monkey is placed atop of it. The gun-bong is more than eight inches long and is fully functional. It’s small enough to be able to transport around easily and its yellow color will really pop out of a crowd. 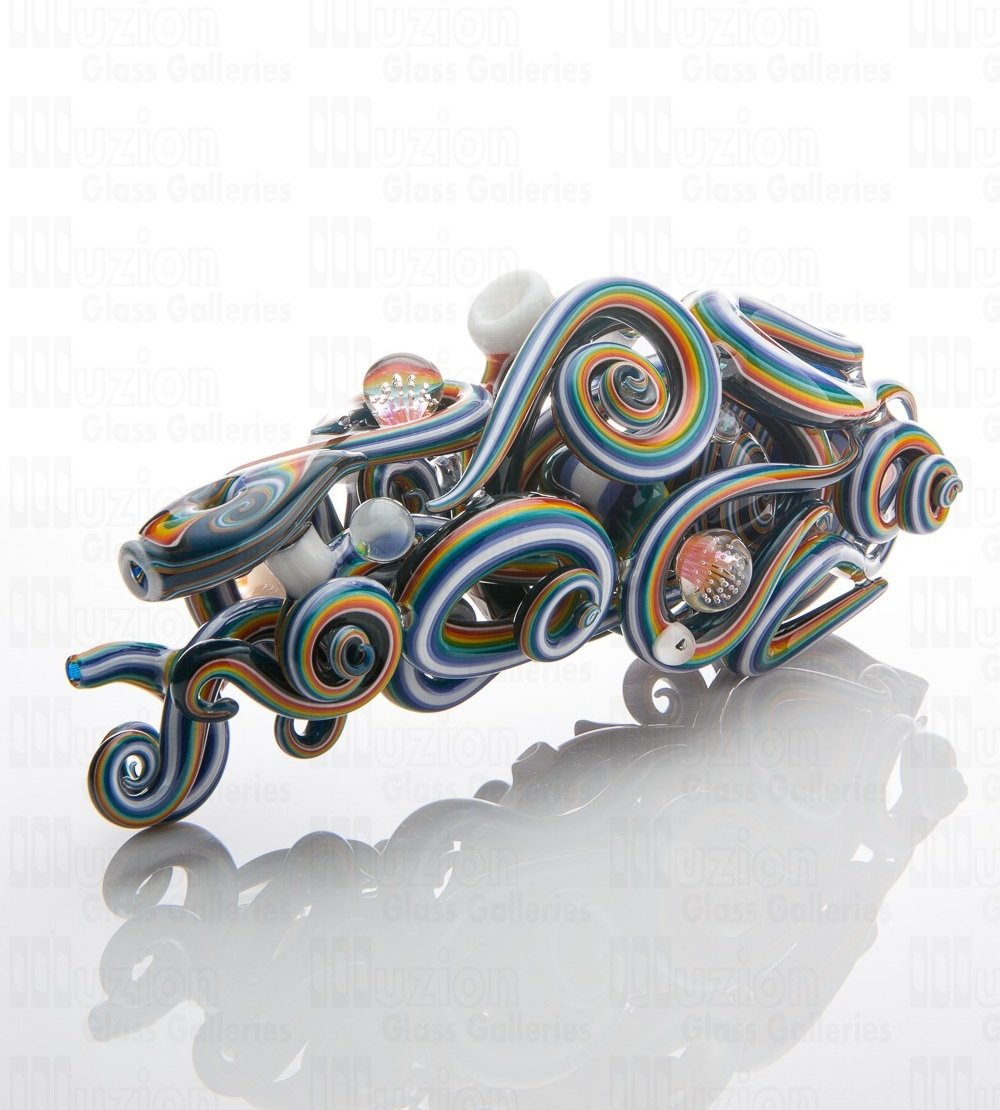 This double rainbow bong looks like an octopus from the ocean. It comes apart after smoking and is 15 inches long and six inches tall. It smokes easily and has an unbelievably cool and stylish design. 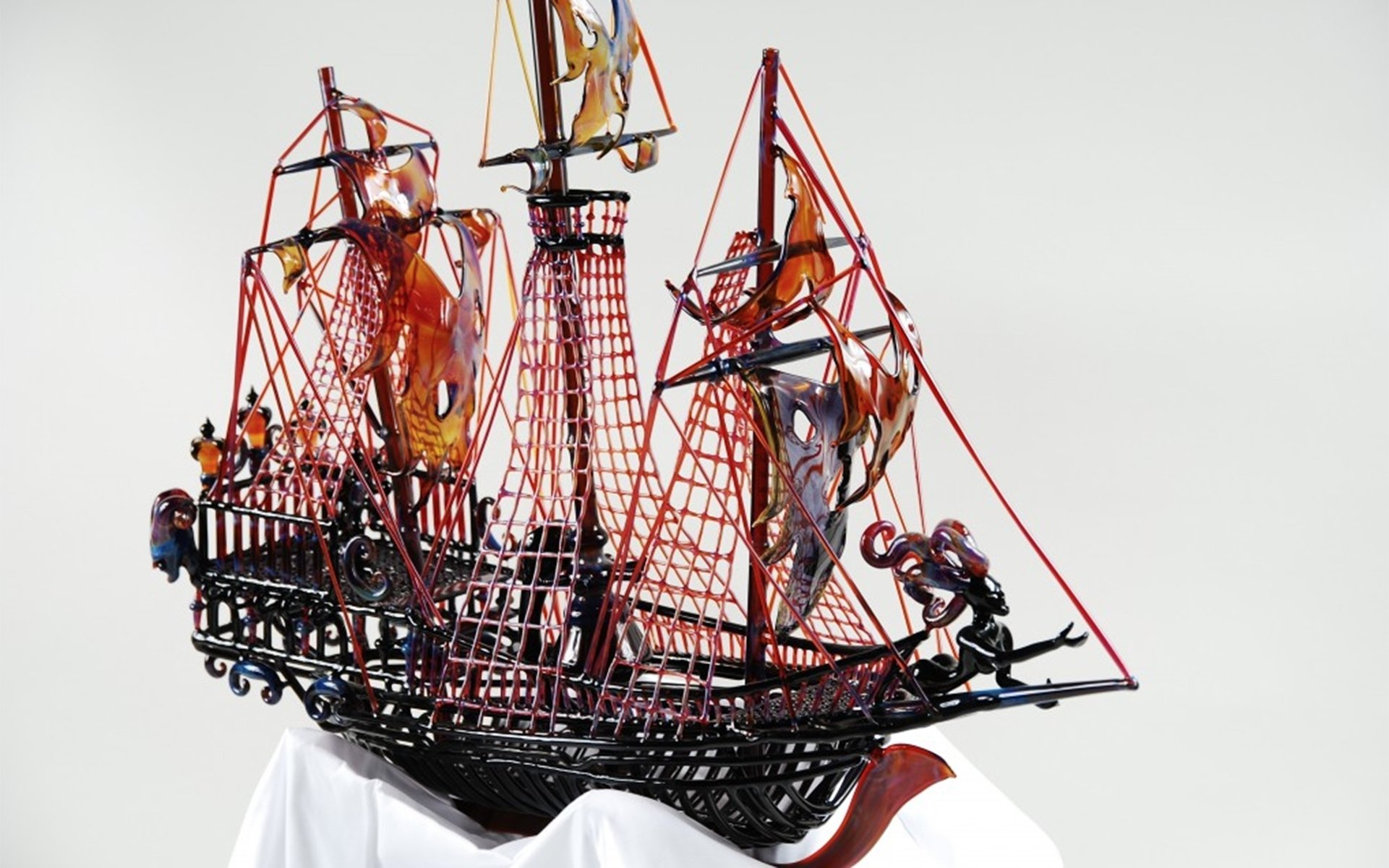 This one is wild. All of the pirate ship’s cannons are bowls that are fully functional (all six of them). The entire bong is over 18 inches tall and has sails, the wheel, and masts. The attention that went into this one is mind-boggling. Over one hundred hours went into creating this beautiful ship and the fact you can smoke six people on it makes it very valuable. Imagine having a pirate party and you all take a hit from this? Talk about buried treasure. 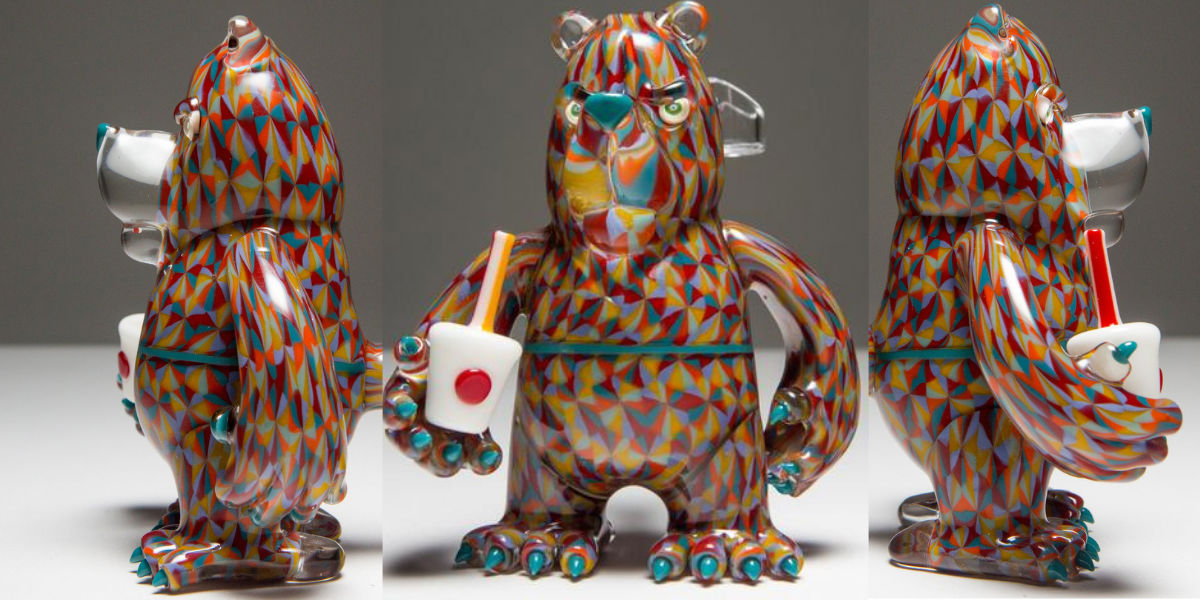 If you’re a fan of having something to focus on after smoking, this bear is something to look at yet. It might confuse you but it’ll definitely have your attention. It’s tough to tell if the bear is smiling or angry and he’s holding a cup with a straw. The bear’s straw is actually the drag rig and it’s a total trip to see. 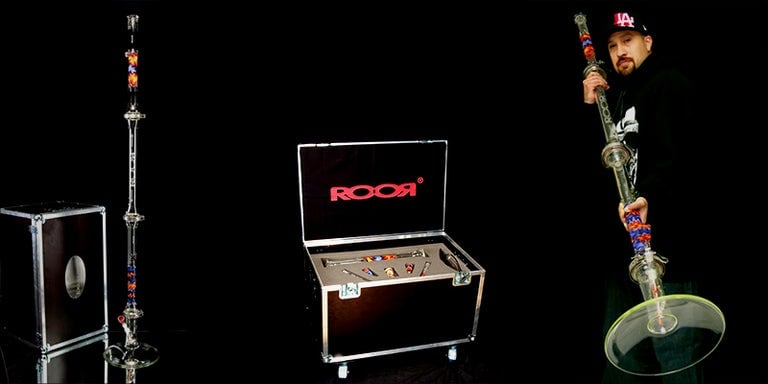 Excalibur is one of the tallest bongs in the world and is made completely from glass. Excalibur stands over six feet tall and comes in four separate pieces. By the time the smoke from this bad boy hits you, you’re almost knocked out. It’s made with a smooth finish though so you can take a six-foot hit and not have to cough so much.

If you’re a weed smoker, you don’t need to dish out a million bucks to smoke a bong. But, like sports and events, it’s always nice to know what the most expensive thing is. Besides, it’s not wrong to dream. We can’t tell how many people would blow over $100,000 dollars on a bong but hey, somebody has to do it.