After being continually rejected for brain research studies, left-handed people are often amazed to find Lyam Bailey, a doctoral student in psychology and neuroscience, who readily accepts them. Most other neuroscientists accept only right-handed participants.

“A lot of [left-handed people] are incredibly frustrated at how few studies they can participate in,” Bailey said, who conducts research at Dalhousie University in Canada.

About 10 percent of people prefer to use their left hand for everyday activities, like writing, a percentage that’s remained the same for at least tens of thousands of years. (We know this from scientists’ analyses of prehistoric handprint art from the Ice Age.) They even have their own day: August 13 is International Left-Handers Day. Despite their constant presence, lefties are frequently, if not almost always, excluded from neuroscience research.

“It’s one of these ‘rules of thumb’ that people learn when they start doing neuroscience, that including left-handed individuals is bad,” said Emma Karlsson, a postdoctoral researcher in psychology and cognitive neuroscience at Bangor University in Wales.

Shutting out left-handers is an attempt to reduce variations in brain data. In studies that use neuroimaging, like brain scans that capture where the brain is activating, scientists often want subjects that can be compared to one another. That way, they can calculate group averages and come to conclusions about the way the brain functions overall.

Left-handed people’s brains can work slightly differently for certain tasks, like language processing and motor skills, because of a feature of the brain called lateralization.

The brain has two hemispheres, left and right, and they’re not completely equal in their anatomy or function. For some things, like language, one of the two hemispheres does the bulk of the work. In most right-handed people, the majority of language processing takes place in the left hemisphere of the brain. Left-handed people can be less dependent on the left hemisphere for language—they might use both the left and right side of the brain, or sometimes predominantly the right side.

Left-handed people aren’t just being excluded from research that studies language or movement, the tasks where lefties are expected to be atypical. They can also be barred from participating in any brain-imaging studies at all. A study Bailey co-authored last year found that in over 1,000 papers published in 2017, only 3.2 percent of over 30,000 research subjects were not right-handed.

Along with broader efforts to diversify the subjects scientists include in studies, especially when compiling large datasets that aim to be representative of the whole population, there is a push from researchers who study handedness to question why, and in what cases, we’re still ignoring left-handers.

“It’s been thought that it’s just best to play it safe, be careful and exclude left-handers,” Bailey said. “That kind of mindset has become very deeply ingrained in cognitive neuroscience.”

When trying to figure out how the brain works, we need to account for all the ways a healthy brain can function, Karlsson said. Including left-handed people could actually help us learn more about the brain rather than mess up our efforts—like the ways the left and right side of the brain divide up the work, and the genetics that help to drive the brain’s asymmetries.

Left-handed people may not even have radically different brains for certain tasks. And there may be more variation in both left and right-handed people’s brains than we’re aware of—the whole spectrum of lateral variation won’t be revealed until we include lefties in brain research.

Rumors and myths have persisted about left-handed people for centuries. In 1903, Italian criminologist and doctor Cesare Lombroso wrote that “criminals are more often left-handed than honest men, and lunatics are more sensitively left-sided than either of the other two.”

A now-discredited study from the 1990s found that left-handed people don’t live as long as right-handed ones. A Japanese psychiatrist, in his book The World of Left-Handers, wrote about women who were afraid their husbands would divorce them if they were left-handed. There have been suggestions that left-handed people are more creative, and intelligent, or conversely, depressed, or prone to mental illness, like schizophrenia.

Yet the most measurable difference in left-handed people isn’t their personalities, but their brain lateralization—and that may be less drastic than previously believed. “The left-handers tend to have a somewhat different lateralization from right-handed, but it’s not by far as extreme as we once thought,” said Roel Willems, a a senior researcher at the Centre for Language Studies and Donders Institute for Brain Cognition and Behaviour, in the Netherlands. “It’s not that everything is swapped in left-handers.”

Willems said that the border neuroscientists have created between right and left-handedness may be more penetrable than we think; thinking of handedness as just right or left may not be accurate.

When studies exclude left-handed people, they often do so based on a questionnaire that asks if a person is right or left-handed—not a measurement of their performance with either hand, or asking about a variety of activities like writing, drawing, combing your hair, eating, and more.

Using a questionnaire to determine handedness may also not find people who were forced to switch from their left to right hand as a child. Until fairly recently, it wasn’t unheard of for parents or teachers to forcibly switch left-handed leaning children to use their right hands instead. In a study from Taiwan from 2007, 59 percent of a sample of over 200 students had been forced to convert to using their right hands.

“Here we see a very interesting case: that training cannot completely overrule your natural inclination to do more with your left hand,” Willems said. “There is a very intricate mix here between nature and nurture. If you just throw everybody who writes with the left hand together in one group, you’re mixing up these people.”

In the end, it means that even within a sample of self-reported right-handed people, it’s likely that someone has atypical laterality of brain function. “By completely excluding left handers you are not dodging the possibility that somebody might have this characteristic that you’re trying to avoid,” Bailey said.

Instead, we’re just losing the knowledge of where the boundaries of brain organization are—how many ways can a brain organize itself?

“How much variation can you have within the brain, and how plastic is the brain?” Karlsson said. “We lose this idea of individual differences. And I think that’s really important.”

Left-handedness is just one example of how the diversity of a scientist’s sample in research can change the results, and lead to different conclusions about how the brain and body work; what’s “normal” or “typical.”

An area in the back of the brain, referred to as the fusiform face area, activates when we see other faces. In right-handed people, it’s mostly active on the right side of the brain. In their sample of left-handed people, the brain activation was more evenly distributed through the right and left side.

This may seem minor, but in many textbooks, the right lateralization of the face response was considered to be “inborn,” Willems said. “The story was that evolutionarily, we have a dedicated part of the brain specifically to faces because they are so important for our survival. That may be true, but in our work, we showed that the brain can also do this very well if it divides the work across the two hemispheres. Following quite a different route, you can get to similar levels of expertise.”

Left-handed people could be processing other information differently too—upending other “facts” about the brain that we hold true right now.

“We don’t know what we don’t know,” Bailey said. “It might be the case that left-handers are more likely to exhibit differences in some characteristics, maybe with respect to memory or attention or brain structure. But we don’t know that because they’re not being included in the research.”

Bailey also thinks that there is another ethical consideration here, which is that left-handed people don’t have access to the benefits of participating in research. Often, research subjects are college students, and they are paid for their time, or offered course credits. If they are science majors, they get to see, firsthand, how a study is run—it’s an educational opportunity.

“When you have an entire field that is excluding left-handers,” Bailey said, “you’re depriving 10 percent of the population of real, tangible benefits that their peers have free access to.”

Thinking about research diversity doesn’t end at left-handers; it starts there. It’s a concern that’s been steadily increasing in psychology and neuroscience: that the typical research subject is WEIRD, an acronym that means just the opposite—that they’re Western, educated, industrialized, rich, and democratic.

“A lot of the knowledge that we have about how the brain works or psychological phenomenon comes from a surprisingly homogeneous sample of people,” Willems said. “Honestly, things like socioeconomic class and ethnicity are probably more important than hand preference.”

Studies on how socioeconomic factors affect language processing have found that they can subtly influence how spoken sentences are perceived. That hasn’t led us to exclude certain socioeconomic statuses—it’s instead led to curiosity about which social factors can influence brain function.

“I would argue that handedness should be viewed similarly,” Bailey said, noting that including left-handed people will be most urgently required in studies that are building large databases that are intended to be representative of the population at large. “It can have an impact on some functions of the brain, not all. But that should prompt further inquiry into how it affects other cognitive functions.” 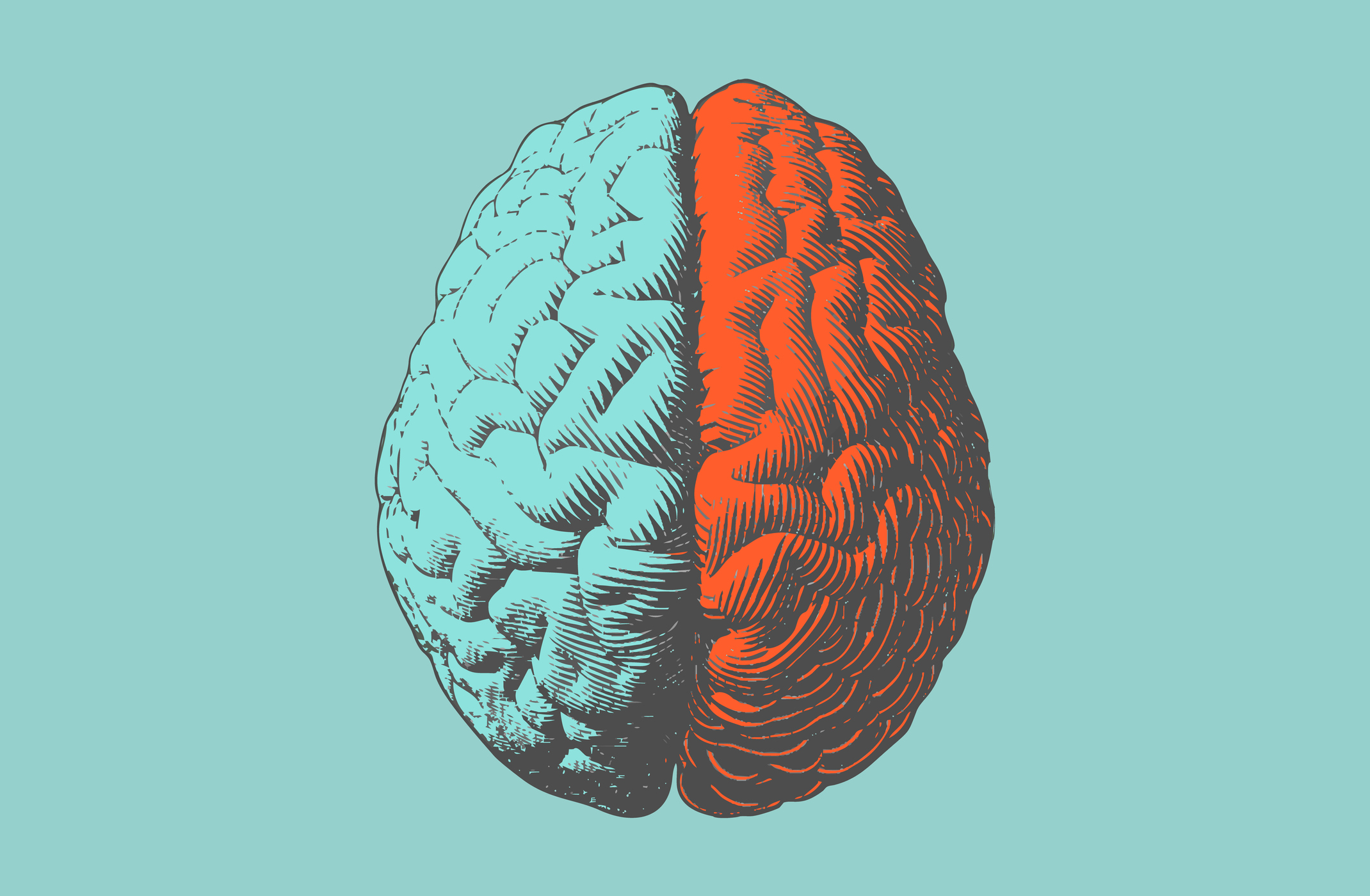 Kraken Lawyer Sidney Powell Is Being Sued for $1.3 Billion for Election Conspiracies

How to Keep Your Real Estate Properties for Sale in Good Condition?