Before a Phoenix police officer brought Mariah Valenzuela to the ground in a January arrest that ended with her bleeding and bruised, she repeatedly asked why she was being pulled over.

Officer Michael McGillis said as he restrained Valenzuela that she had told him she didn’t have any ID on her. Then he told her that she’d been driving on the wrong side of the road, which he didn’t mention when she first asked why she was being stopped, according to body-worn camera footage taken during the incident. He later said she smelled like alcohol and marijuana, according to the Arizona Republic, one of the media outlets that released the footage Tuesday.

But Valenzuela — who is 23 years old, 5 feet 2 inches tall, and 98 pounds— screamed as McGillis placed her in handcuffs, saying she hadn’t done anything wrong. She said that her ID was in the car, and that she hadn’t been driving in the opposite lane of travel.

“You tackled me for no reason,” she told McGillis.

Once she was standing, McGillis slammed her into a vehicle. He told her to stop arguing with him, and said she should’ve given him her ID in the first place.

“Why don’t you act like a young lady?” said McGillis, who, according to the Guardian, was accused of using excessive force against another woman in 2014.

“You’re manhandling me,” Valenzuela said, which McGillis told her wasn’t true. “You slammed my head. Why am I in handcuffs?”

Later, according to body camera footage, another officer on the scene called a supervisor, Lt. Erik Dobrnasky, to discuss the incident. The officer told Dobrnasky that Valenzuela had a cut on her face and was acting “super Looney Tunes.” Dobrnasky told the officer to complete a use-of-force report and photograph her wounds “just to CYA ourselves,” a possible reference to the acronym for “Cover your ass.”

Valenzuela was taken to jail on a felony charge of resisting arrest, along with several other misdemeanor charges, including driving under the influence. But all of the misdemeanor charges have since been dismissed, James Palestini, one of her attorneys, told VICE News.

And another one of Valenzuela’s attorneys, Brian Foster, filed a notice of claim Monday, stating he intended to file a $2 million lawsuit against the city of Phoenix, Maricopa County, the Phoenix Police Department, and McGillis over her arrest. She had cuts on her head and legs, in addition to abrasions on both her hands and blown-out blood vessels in her eyes, according to the complaint.

After sending that notice, Foster said, the felony charge of resisting arrest was also dismissed.

“Ms. Valenzuela has had stress, anxiety, upset stomach, hot sweats, insomnia and flashbacks since she was assaulted in January,” Foster wrote in the notice. “She has extreme anxiety and fear when she sees the police.”

A spokesperson for the Phoenix Police Department, Sgt. Ann Justus, said its professional standards bureau had already evaluated the incident and “determined there was no violation of policy on behalf of Officer McGillis.” She said that McGillis remained “calm and professional” throughout the encounter.

Justus said that Valenzuela had failed to provide McGillis with identification after being asked for it three times, and had “actively resisted the lawful arrest by pulling away and refusing to place her hands behind her back.” Justus also said that McGillis told her to “stop” or “please stop” resisting eight times.

”When Officer McGillis thought she had calmed down enough to stand up, he helped her up and they began walking towards a vehicle when she began yelling again,” Justus said in a written statement. “Officer McGillis pushed her against her car to stop her from resisting again. At this time, Valenzuela told Officer McGillis her identification was in her vehicle, however he was never able to locate it.”

Valenzuela told the Guardian that she believes the ID was somewhere in her car.

Additionally, a blood and breath test later proved her blood alcohol content was well below the legal limit when she was arrested on charges including a misdemeanor DUI that January night, according to the Guardian. McGillis didn’t bring up that he believed she was intoxicated until other officers arrived on the scene, about 30 minutes into her arrest, according to the Guardian.

“I was really bruised from head to toe. Everything hurt,” Valenzuela told the Guardian.

Her arrest — which has drawn widespread attention since the disclosure of the related body camera footage Tuesday — is only the latest controversy for the Phoenix Police Department.

In recent weeks, the department has also faced protests after its officers were captured on a bystander video fatally shooting James Garcia on July 4 as he sat inside a parked car. Bystanders can be heard in the video pleading with officers not to shoot. Arizona Police Chief Jeri Williams said last week that she’d asked the FBI to conduct an investigation into the incident, while her department’s professional standards bureau carried on an internal investigation of its own.

Additionally, another Phoenix cop was fired last year after he threatened to shoot a Black family while responding to an allegation that their toddler had shoplifted a doll from a local dollar store.

Cover: An exhibit from the notice of claim that Mariah Valenzuela’s attorney filed July 15, 2020, against the city of Phoenix, the Phoenix Police Department, and Officer Michael McGillis. 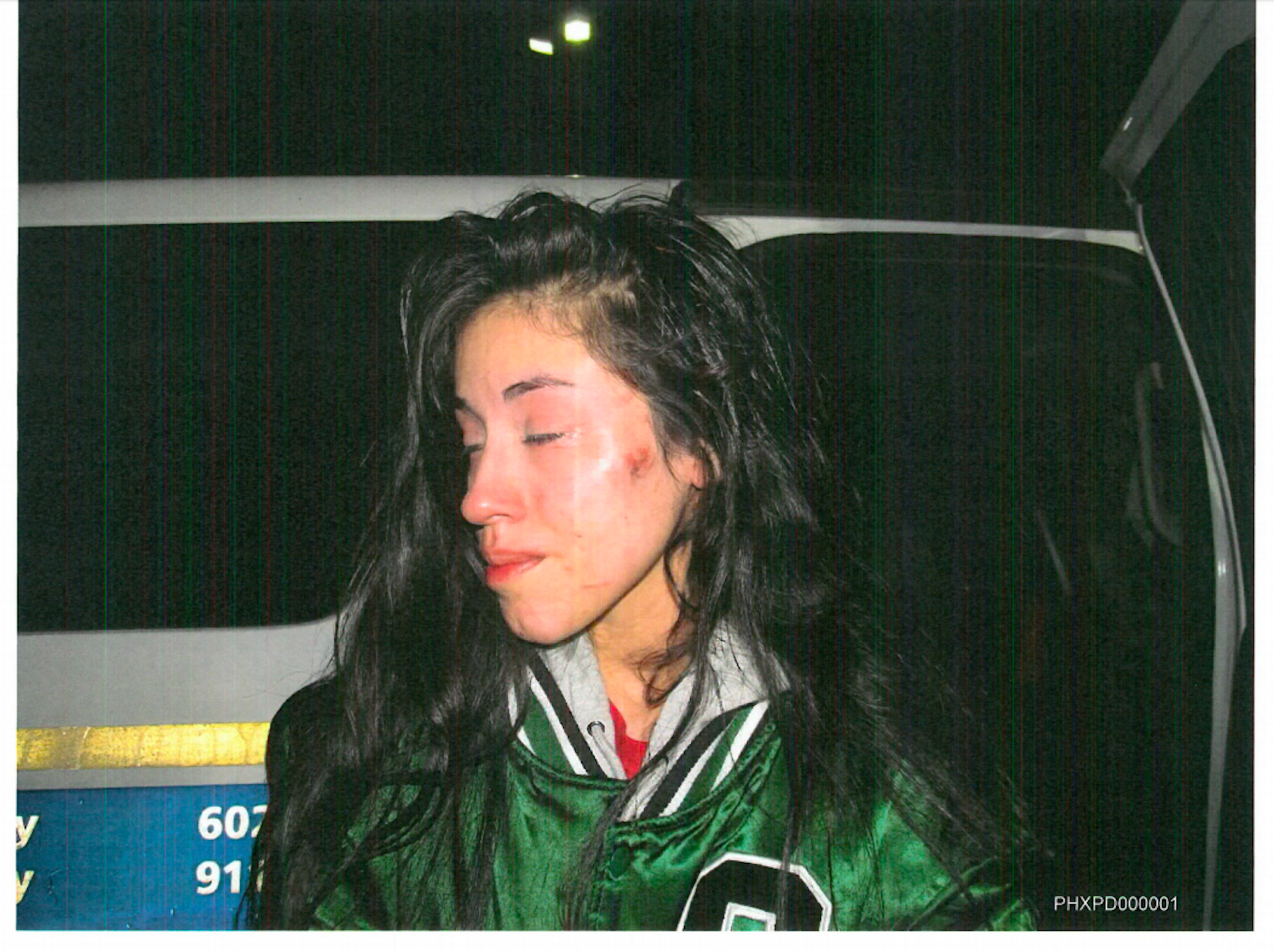 What To Wear For Your Upcoming Hiking Trip

The White House Just Had Another Close Call With Coronavirus