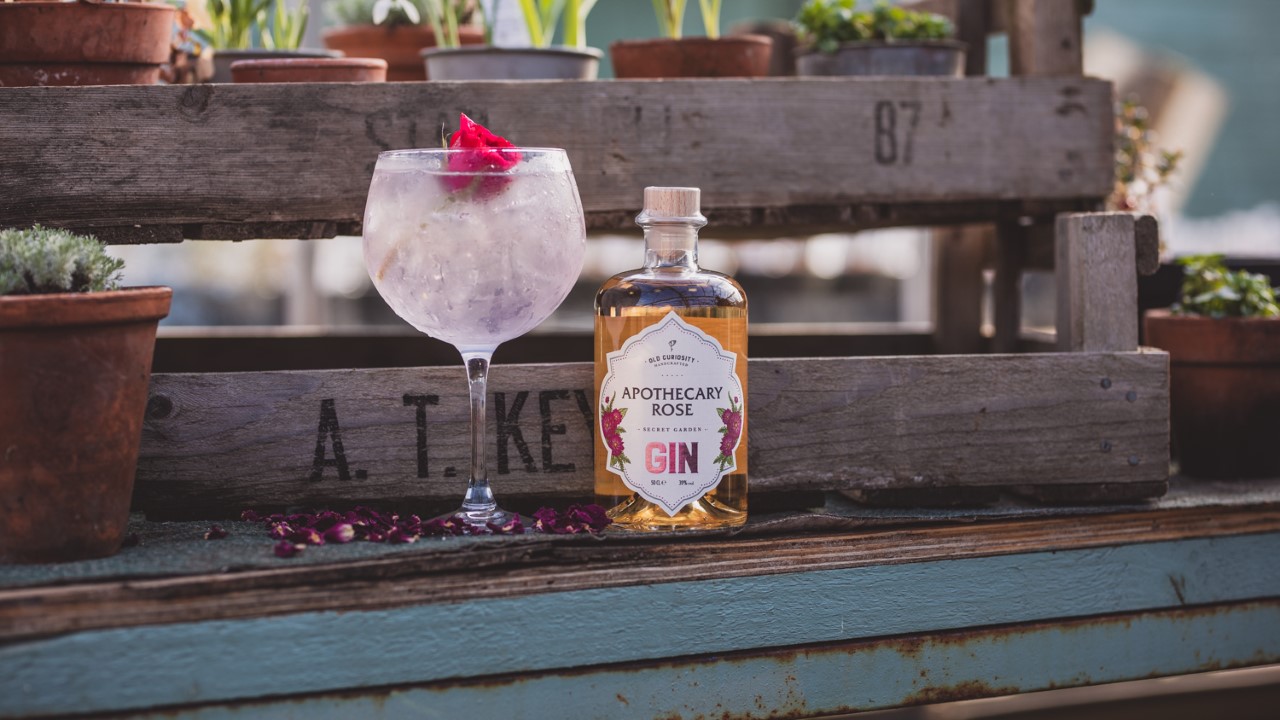 Edinburgh’s Old Curiosity Distillery has launched a very eco-conscious, wildlife-friendly wild gin inspired by threatened Caithness and Sutherland peatlands of north Scotland. Ten percent of proceeds will go to RSPB Scotland. And the box the gin comes in can be re-used as a bird box.

Says Hamish Martin: “The Flow Country is the world’s largest blanket bog, It stores twice as much  that of all the trees in the UK.”

The bottle is presented in a wooden box that can be re-used as a bird box, and the swing tag is infused with British wildflower seeds which can be planted directly into the ground, and the label is made from 30 percent grass.

The  Flow Country contains the Grey Cairns of Camster, near Lybster, burial chambers built more than 5,000 years ago, the standing stones at Achavanich, and the remains of crofting townships like Rosal.  The “Country” is an area of deep peat, dotted with bog pools, forming the heart of the Caithness and Sutherland peatlands. Covering about 200,000 hectares, it’s more than twice the size of Orkney.  With more than 400,000 hectares of blanket bog, it is the largest expanse of this kind of wild habitat in Europe.

Blanket bog only forms in cool places with plenty of rain. The few plants that can grow here don’t rot away but build-up to create deep layers of peat. The Flow Country’s bogs have been growing for over 10,000 years, ever since the glaciers melted away at the end of the last Ice Age, and the peat is now up to 10 meters deep.

The Flow Country ( from the Old Norse, “floi” for wet or marshy) was badly damaged between 1979 and 1987 through the planting of non-native conifers and the cutting of drains.  The Royal Society For The Protection Of Birds has created the Forsinard Flows National Nature Reserve.

Hamish was a wine merchant in the family business, “Inverarity Vaults,” when he went on “a dog walking date” with his now-wife, Liberty, who worked as a resource manager for a bank. “We dreamed of a café and a shop that would make you smile,” she says. “The dream began. Hamish studied for a Diploma in Herbology at the Royal Botanic Gardens Edinburgh, and in 2012 we bought the plot of land at Damhead at the foot of the Pentland Hills. We live in a static caravan. And opened in 2014. The distillery came in 2017. We now grow 600 different herbs, including fifty varieties of mint in 7.5 acres.”

It’s a family business with Hamish’s oldest daughter Francesca working as marketing manager, her two brothers operating the bottling plant, and their two younger sisters, seven and three, helping out too.

Says Hamish: “We created the garden a green space for adults and children alike to feel the subtle but powerful presence of nature.”

The Best 6 Hobbies For Meh That Are Worth Picking Up

Brexit: ‘Most difficult week I’ve had in this job in 20 years’