Famous around the world as “the real Downton Abbey,” the location of the hit quintessentially English period drama, the 1679 Highclere Castle, also offers its award-winning gin made in England’s oldest distillery. The recipe was crafted over four years by American spirits entrepreneur Adam von Gootkin and the 8th Earl & Countess of Carnarvon.

It uses estate-grown oats and botanicals from the castle’s herb gardens originally planted in the ninth century by the Bishops of Winchester. Von Gootkin is co-founder of Connecticut-based “Onyx Moonshine.” 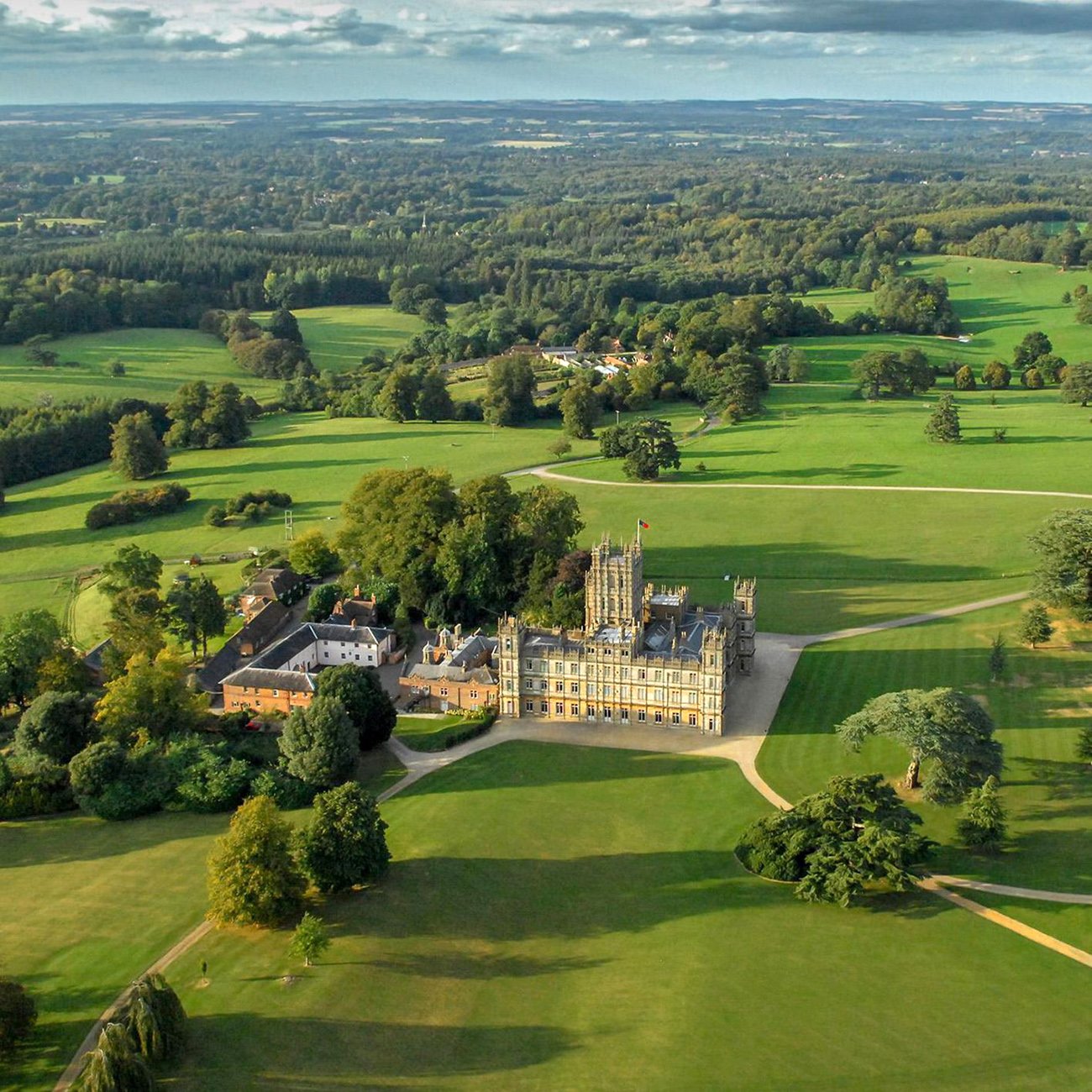 “Highclere Castle has been renowned for its entertaining and house parties featuring gin cocktails through the years,” said Lady Carnarvon, the eighth Countess of Carnarvon and best-selling author of At Home at Highclere: Entertaining at the Real Downton Abbey. “We, therefore, felt that with the ever-rising interest in gin, the family’s heritage and indeed the Carnarvon’s love of the spirit, that it was a natural step to make a gin from Highclere provenance.” 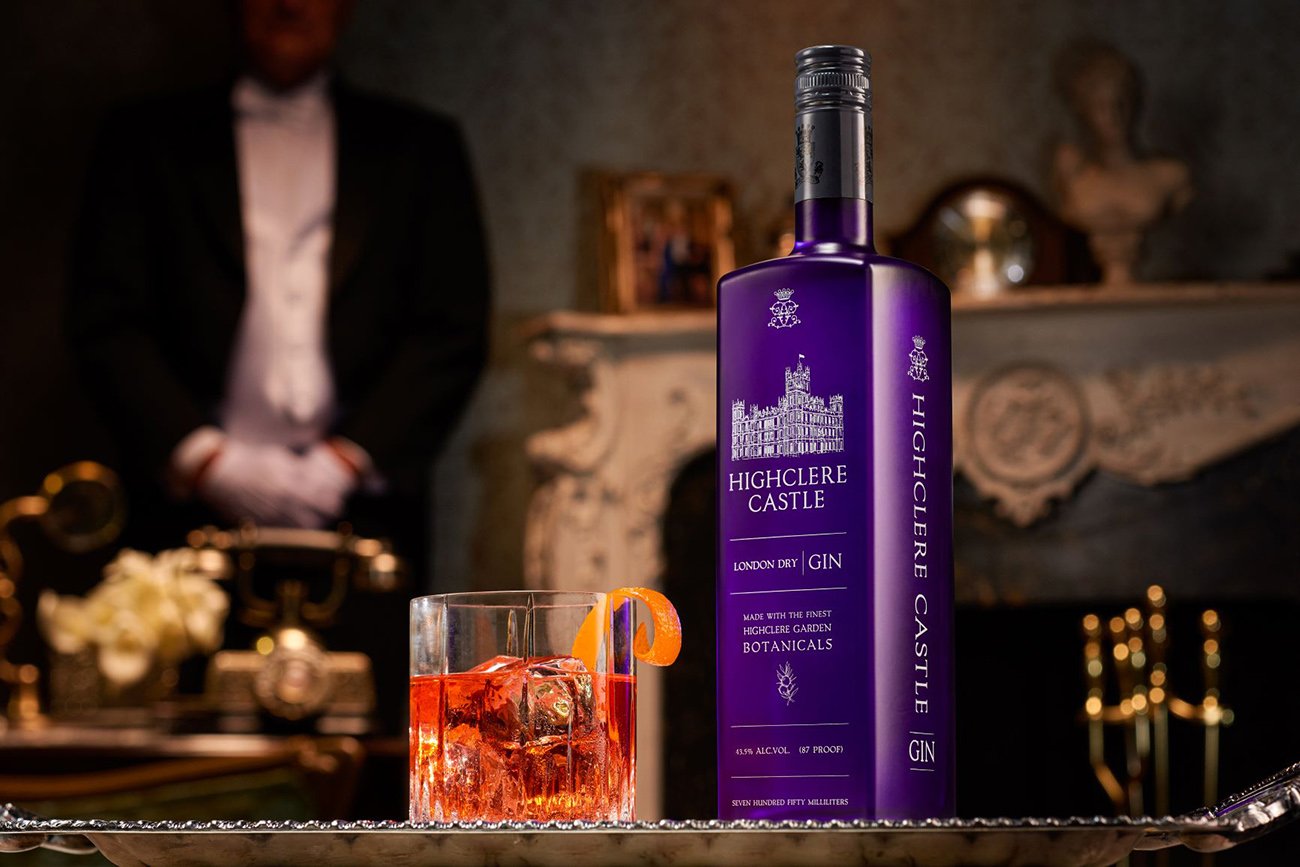 The custom glass deep purple bottle is inspired by the Highclere’s main town, designed by architect Sir Charles Barry. The castle near Newbury on the Hampshire and Berkshire border also has an eighteenth-century Capability Brown park.

Highclere Castle Gin is now available in twenty-five US states. Co-founder and CEO of Highclere Castle Spirits, Adam von Gootkin,  from Hartford, Connecticut, and his wife were watching Downton Abbey, and they got inspired to reach out to the Carnarvons to see if they had ever considered producing gin. After a few emails back and forth, the couples met at Highclere, and the Anglo-American distilling collaboration began. 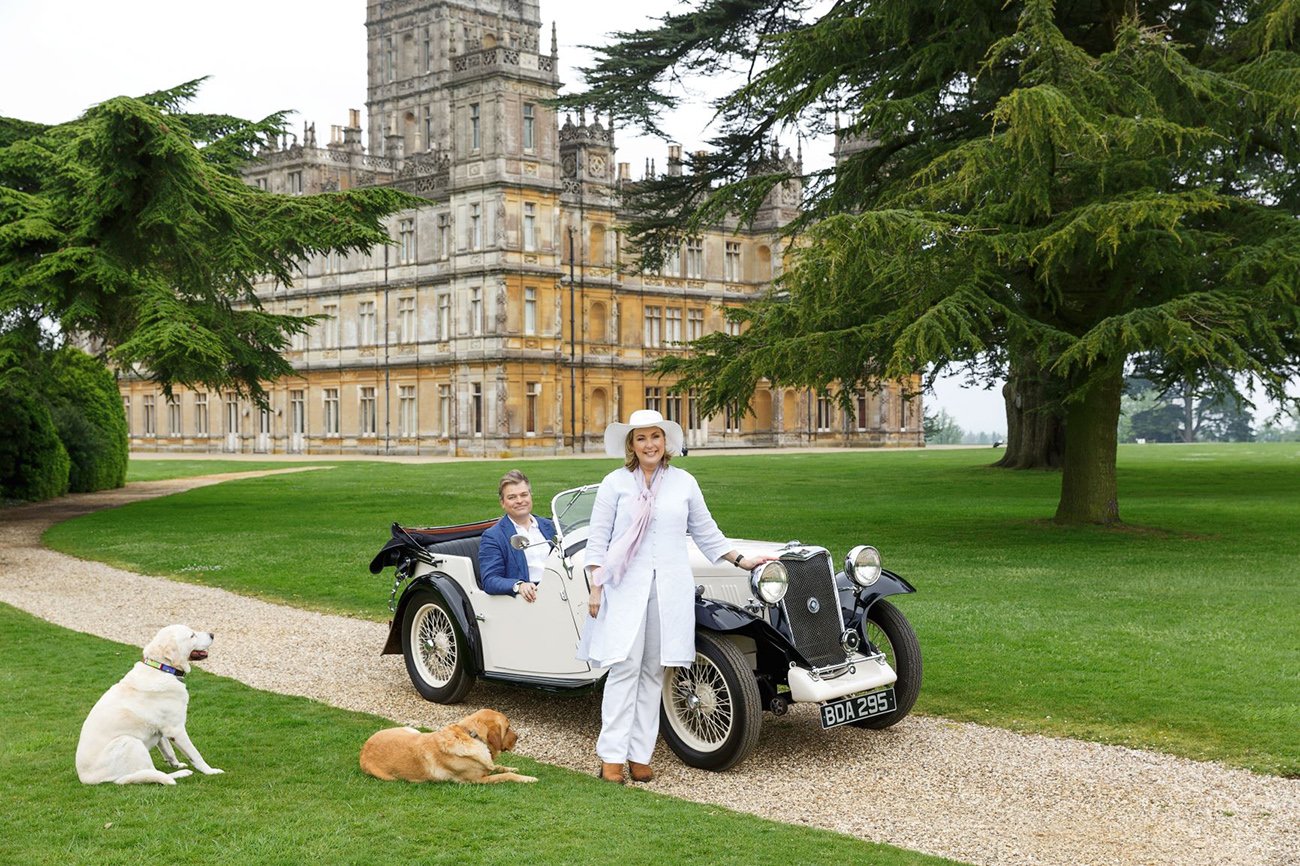 The gin is made by the sixth-generation distiller, Natalie Wallis, at Langley Distillery in Birmingham. Its centuries-old underground wells still provide the necessary water for distillation.  Langley produced its first gin in 1920.

It takes three days do distill the spirit, and Langley uses copper pot stills, some of which date back to the early 1800s. “We have five of varying sizes, all named after influential women in the company’s history,” says Natalie.

“Highclere Castle’s Victorian-era orangery, with its exceptional citrus fruit, and the local oats add depth and smoothness to the gin like no other. Highclere Castle is such an iconic British landmark, and to capture the essence of the castle was so important to us. It’s been distilled by the discerning for the discerning.”