In the lawsuit, filed in New York, Jennifer Eckhart alleges that Henry manipulated her into having a sexual relationship with him and sexually assaulted her when she didn’t comply. Henry, who was fired by Fox News earlier this month after a sexual misconduct investigation, is also accused of sexually harassing former Fox News guest Cathy Areu.

The lawsuit names Fox News itself as a defendant, over allegations of sex trafficking, hostile work environment, sexual harassment, gender discrimination, and retaliation.

“It is widely documented in the public record that Fox News has not only cultivated and fostered sexual harassment and misconduct, but has consistently accepted and rewarded it,” the lawsuit alleges. “Nevertheless, Fox News would have the public believe that it is a different place from the Fox News that was run by former disgraced Chairman and CEO Roger Ailes. Unfortunately, it is actually worse.”

Eckhart first received a Twitter DM from Henry in 2014, when Eckhart was just 24 years old and relatively new to Fox News, according to the lawsuit. (In the lawsuit, Eckhart describes herself as working for Fox News; Fox News says she was a Fox Business employee.) The DM read only, “beautiful.”

Over the course of several months, Henry allegedly sent Eckhart “inappropriate, flirtatious and, at times, sexually graphic text messages.” While she tried to resist his advances, she alleges that she feared for her career if she kept turning him down. Eventually, she agreed to drinks at a hotel with him. Afterward, Henry asked Eckhart to have a drink with him in his hotel room, where Henry, “out of nowhere, began forcefully kissing Ms. Eckhart and ripped off her clothes,” according to the lawsuit.

“Ultimately, Ms. Eckhart, fearing that her career would be over if she refused Mr. Henry, relented and had sexual intercourse with him,” the lawsuit reads.

Months later, Henry allegedly demanded that Eckhart remove her underwear and give it to him while the two were at work. He later forced her to perform oral sex on him, the lawsuit alleged.

In 2017, Eckhart and Henry met for drinks at a restaurant, where he told her he was being promoted. Worried for her job, Eckhart agreed to return to Henry’s hotel with him. There, Henry restrained Eckhart with handcuffs, took photos of her naked without her consent, and raped her, according to the lawsuit.

“Mr. Henry further admitted the sadistic and non-consensual nature of his actions when he wrote to Ms. Eckhart ‘When u r owned’ ‘U don’t get a” “choice,’” the lawsuit added.

From that point on, the lawsuit says that Eckhart stayed away from Henry, despite his repeated attempts to contact her. In February 2020, Eckhart told a HR representative that she was experiencing a hostile work environment. Then, in early June, Eckhart was informed that her employment was being terminated.

A few weeks later, Eckhart brought her allegations against Henry to the network. In early July, Fox News fired Henry after a sexual misconduct investigation. Fox News fired Henry without telling Eckhart ahead of time, according to the lawsuit — a move that it calls “retaliatory conduct,” because Eckhart told Fox News she intended to sue.

“This conduct on the part of Fox News is abhorrent, and, of course, only served to greatly increase the trauma that Ms. Eckhart is experiencing as a result,” the lawsuit alleges.

In a statement, an attorney for Henry, Catherine Foti, said that “Eckhart initiated and completely encouraged a consensual relationship.”

“Ed Henry looks forward to presenting actual facts and evidence, which will contradict the fictional accounts contained in the complaint,” Foti added. “That evidence includes graphic photos and other aggressively suggestive communications that Ms. Eckhart sent to Mr. Henry.”

Areu alleges that Henry sexually harassed her by sending her “a slew of wildly inappropriate sexual images, messages and videos.” On Easter, he sent her a photo of a vagina painted like an Easter bunny. When Aru made it clear that she wouldn’t sleep with him, he allegedly stopped communicating with her.

Areu also alleges in the lawsuit that Carlson, Howard Kurtz, as well as Fox News political analyst Gianno Caldwell all retaliated against her when she turned down their hints that she engage in sexual relationships with them. Hannity, Areu alleges, once threw $100 onto a set desk and demanded that one of the men in the room take Areu on a date.

“Ms. Areu was ‘stuck’ and could not even leave because Mr. Hannity engaged in this conduct while she was ‘hooked into’ studio equipment that could only have been removed by a stagehand,” the lawsuit reads. “Thankfully, none of the staff cooperated with Mr. Hannity, even after he repeatedly chided one particular male employee for being ‘afraid to take out a beautiful woman.’”

Fox News responded to the lawsuit in a lengthy statement, which it asked VICE News to include in full.

“Based on the findings of a comprehensive independent investigation conducted by an outside law firm, including interviews with numerous eyewitnesses, we have determined that all of Cathy Areu’s claims against FOX News, including its management as well as its hosts Tucker Carlson, Sean Hannity and Howard Kurtz and its contributor Gianno Caldwell, are false, patently frivolous and utterly devoid of any merit,” the statement said.

“We take all claims of harassment, misconduct and retaliation seriously, promptly investigating them and taking immediate action as needed — in this case, the appropriate action based on our investigation is to defend vigorously against these baseless allegations,” it continued. “Ms. Areu and Jennifer Eckhart can pursue their claims against Ed Henry directly with him, as Fox News already took swift action as soon as it learned of Ms. Eckhart’s claims on June 25 and Mr. Henry is no longer employed by the network.” 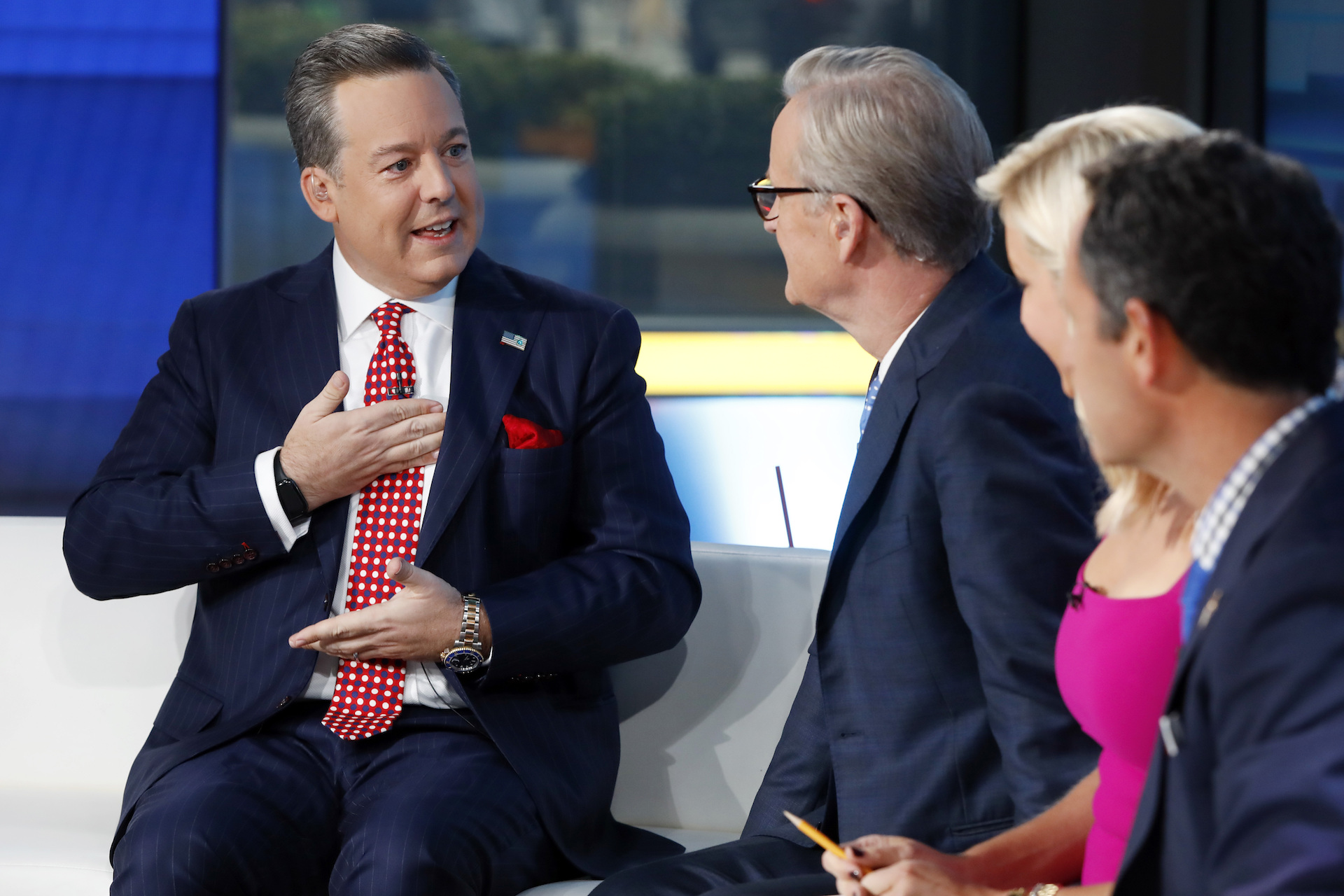