The 15-year-old Black girl who’s been detained in a juvenile facility for months after failing to complete her online coursework promised a judge in Oakland County, Michigan, Monday that she could be obedient moving forward. She just wanted to go home.

“I miss my mom,” the girl, who has only been identified as “Grace” since her detention was first reported by ProPublica, said, during the hearing, according to a video recording.

But Oakland County Family Court Division Judge Mary Ellen Brennan, who sent Grace to the Children’s Village detention center in May over the incomplete homework, which was a violation of her probation, denied Grace’s immediate release. It’s in Grace’s best interest, Brennan said, to remain in a treatment program at the juvenile facility where she’s currently being held.

“Give yourself a chance to follow through and finish something,” Brennan told her. ”No question in my mind you miss your mother, terribly; your mother misses you terribly. No question in my mind: The right thing right now is for you guys to be separated until, when I put you back together, I know it’s not going to end in a physical altercation the minute she says: No phone.”

Court caseworkers and representatives from Children’s Village also said Monday that she should be kept there until she’s completed the treatment program, according to

But both Grace and her mother, Charisse, sobbed as they embraced at the hearing, after they unsuccessfully pleaded for reprieve, according to the media outlet.

Grace’s story has triggered national outrage among activists who say that Black children are over-policed for minor offenses that white children would get away with. People continued to protest outside her hearing Monday, holding signs that read “Free Grace.” And the State Court Administrative Office, an arm of the Michigan Supreme Court, is now reviewing the “processes” of her case.

When she didn’t complete her schoolwork, Grace was already on probation over assault and theft charges, after she allegedly bit her mother’s hand during an argument in November and stole a cellphone from a student at her high school last year, according to ProPublica, which co-published its original investigation with Detroit Free Press and Bridge Magazine. Her mother had also called police to her home several times, although she’s among those desperately fighting for Grace’s release now.

While doing her homework was a condition of staying out of detention, Grace has ADHD, according to ProPublica, and fell behind after schools transitioned to online classes due to the coronavirus pandemic. Her special education teacher told the caseworker that was overseeing her probation that her circumstances were “not out of alignment with most of my other students,” according to ProPublica.

But the probation violation and her past charges led Brennan to say that Grace was a “threat” to her community, according to ProPublica.

Grace’s attorney, Jonathan Biernat, did not immediately respond to a VICE News request for comment. He had initially requested that Brennan review Grace’s case and reconsider her detention, since he believes Grace doesn’t pose any risk. He’s also said Grace’s treatment is inadequate.

Meanwhile, others have come to Brennan’s defense, including her husband, attorney Ed Lennon. He told the Detroit radio station WWJ that his wife’s decision was over more than just coursework. In a statement to the local Oakland Press, he also said Brennan is “known for her compassion and fairness, regardless of age, sex, race, ethnicity, gender identity or sexual orientation.”

“One of the choices my wife had to make is was she going to send her back to the home, while there was a stay-at-home order in place, so that those two people could be in the same house, and her mother may potentially be subject to more assaults by her daughter,” Lennon told the radio station.

A representative of the administrator’s office for the family division of the Oakland County Circuit Court could not immediately be reached for comment. 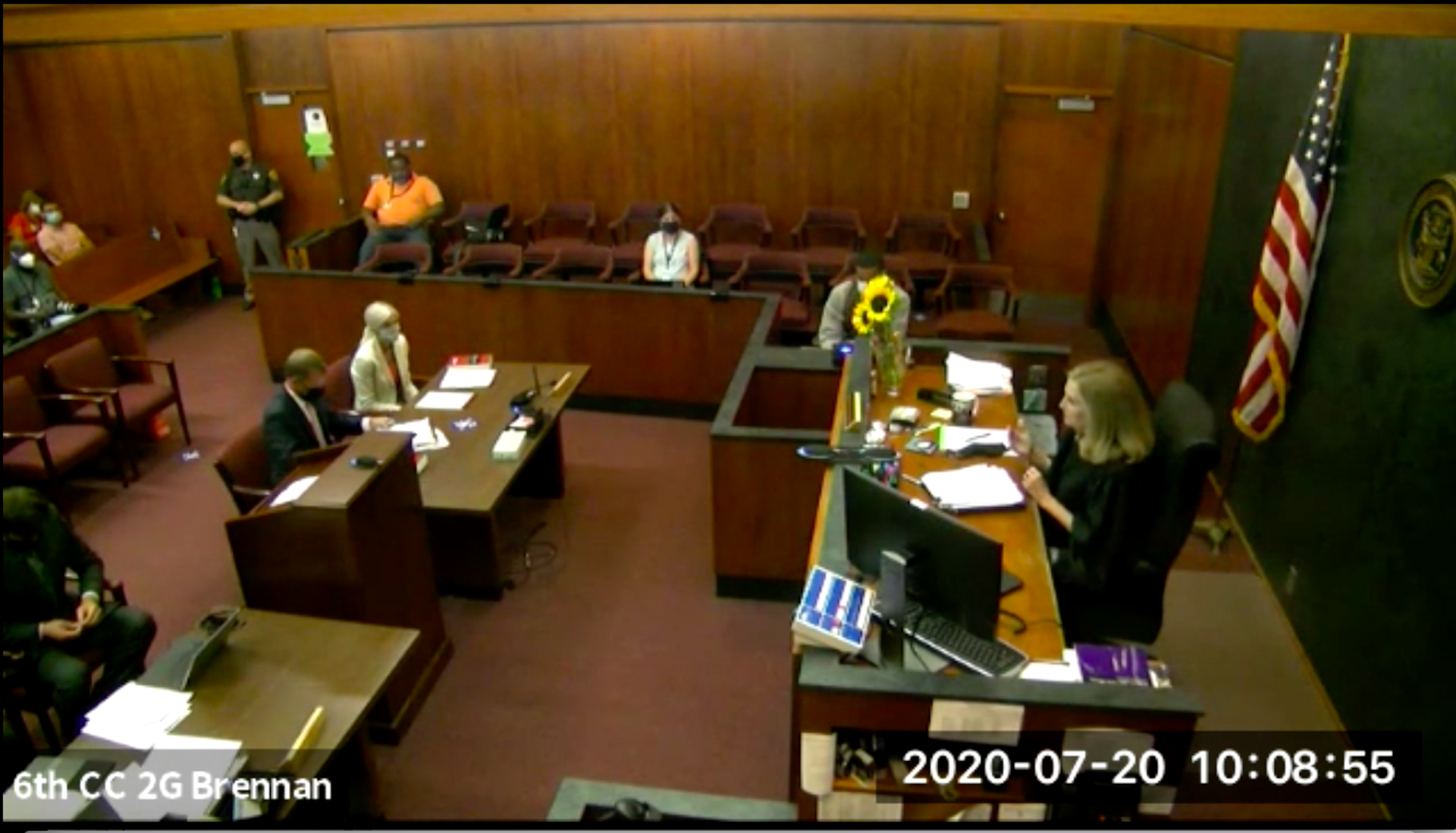 A ‘Flash Mob’ and Gigi Hadid: Harvey Weinstein’s Lawyers Say His Trial Has Been a ‘Circus’