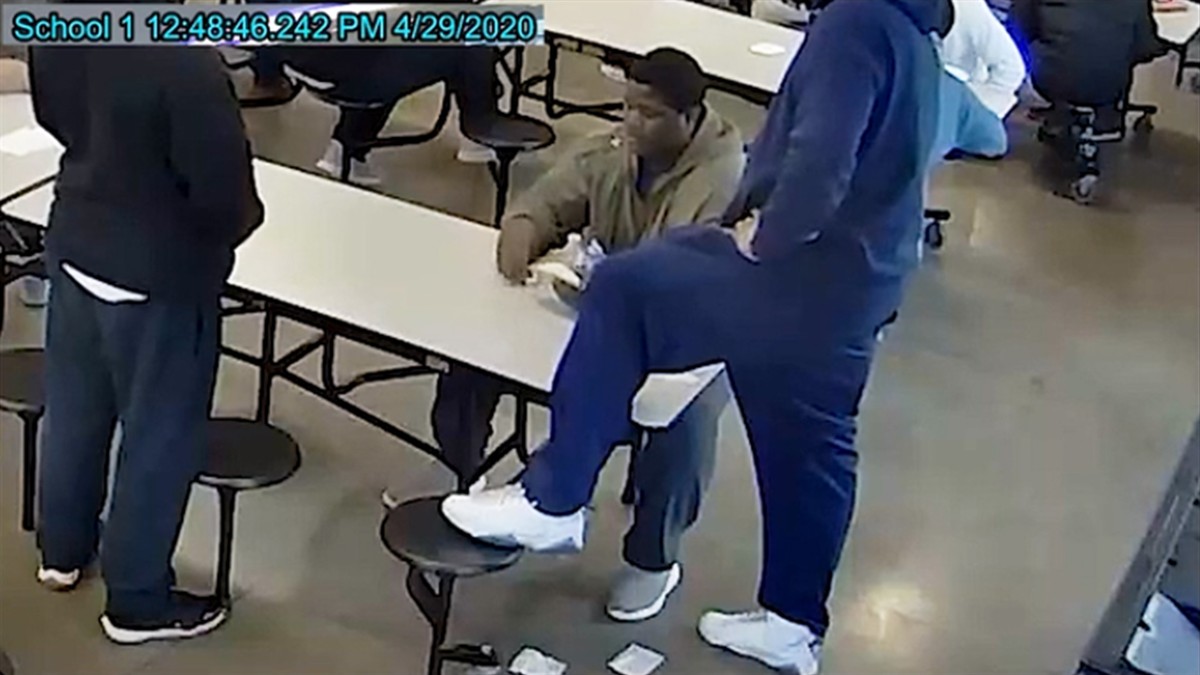 Cornelius Fredrick was a skilled three-point shooter, a goofball who loved making his friends laugh, and an aspiring rapper who went by the name Corn Bands. The Black 16-year-old wanted to be a therapist when he grew up, to give back to the foster care system that had raised him.

On May 1, those plans ended. Cornelius died after he was restrained by seven staffers in the cafeteria at Lakeside Academy, the residential facility in Kalamazoo, Michigan, where he lived. Cornelius had thrown a sandwich. His last words were “I can’t breathe,” according to a lawsuit later filed by his aunt.

Sequel Youth and Family Services, the company that managed Lakeside before its license was suspended in June, said in a statement that it was “deeply saddened by the tragic loss of Cornelius and acted quickly to terminate all staff involved.” It said that their actions violated its policies on physically restraining students and that restraints were supposed to be a last resort if someone was in imminent danger. “The staff at Lakeside were trained in de-escalation,” Sequel said.

But an investigation by VICE News revealed that dangerous restraints were a regular fact of life at Lakeside, and a direct result of Sequel’s lack of appropriate training. Around the country, Sequel serves 10,000 people annually in more than 50 locations. States pay the for-profit company to house and treat children in foster care, children in the juvenile justice system, and children with behavioral challenges. Students also attend school and complete individualized therapeutic programs.

Lakeside was home to 125 boys. That included boys who had been abused and neglected, some who had committed crimes, and those with sexually aggressive behavior, who lived on the same campus — and sometimes in the same dorms. According to 19 interviews with former staff and students, many of whom knew Cornelius, restraints were used to keep order, in a vacuum of other therapies to address students’ behaviors.

In the year leading up to Cornelius’ death, Michigan’s Department of Health and Human Services substantiated at least four instances of improper restraint and physical abuse of students by staff, according to public records reviewed by VICE News. MDHHS reports document staff members slapping a student across the face, choking and scratching a student, and administering a restraint in a non-emergency situation.

Each time Lakeside was sanctioned, Sequel terminated or suspended the staff involved, the reports said. But that didn’t stop it from happening again.

Sequel’s youth counselors, entry-level staff, were trained in a crisis management program, SCM, or Safe Crisis Management, upon hiring. A training workbook reviewed by VICE News is detailed: Its 66 pages explain how to avoid restraint by identifying concerning behaviors, actively listening, and conducting verbal and non-verbal interventions. But in practice, training run by Sequel administrators emphasized restraint above non-physical alternatives, according to Elondra Varice and Khadijah Brown, two former youth counselors. They showed VICE News pages of blank workbooks — on de-escalation, how to to help students who had grievances with staff — that were skipped over.

“My program director said that restraining kids is a last resort. But in my tool box that you gave us, that is our only resort,” said Brown. “There aren’t 24/7 therapists on campus. If a kid was to have some type of injury, there is not a nurse that we can call on all the time. What other resources did we have other than restraint?”

“What other resources did we have other than restraint?”

The takeaway Brown says she gathered from the training was that kids at Lakeside were dangerous, and that physical force would be necessary to maintain control. “It sent the message that “the kids are unruly. They’re thugs. They’re criminals.” In reality, she said, “they’re just regular kids.”

Still, some staff never used restraints. “I could talk to a kid,” said Louis Parker III, a youth counselor turned group leader who managed a dorm of foster youth. Parker said he would, for example, distract a child from a physical outburst with a story about a new flavor of Skittles, then, once the kid calmed down, ask why he was upset in the first place. He lamented the negative media coverage of the job he dedicated nine years to. “There were kids there who needed us, who wouldn’t be OK if we weren’t on shift that day.”

Parker was the only staff member interviewed by VICE News who had an overall positive impression of the Lakeside program.

“It was the ingrained culture of staff that it was better to just rule with fear,” says Patrick Romanczyk, a former youth counselor. “You could get a kid to comply and go brush his teeth or do his homework under the fear of restraint.”

Youth counselors worked long hours for low pay. Romanczyk made $14.49 after four years at the job. “We were exhausted. There was a very high turnover rate. It leads to that mindset, like, ‘I’m tired and I don’t feel like dealing with this kid. I want him to comply as quickly as possible,’” he said.

“It is an essential function of the position that the staff member must be capable and proficient in the area of physical restraint when and/or if necessary,” read a 2018 Sequel job listing for a youth counselor at Lakeside. Beyond that, the only other requirement for the job was a “High School diploma or GED.” A college degree or previous work with juveniles was “preferred.”

“I knew there was bad stuff going on, but I never thought it would lead to the death of a student,” said Romanczyk. “The reason I stuck with Lakeside was because I like helping kids. Now I feel guilty that I didn’t speak up.”

“Now I feel guilty that I didn’t speak up.”

Michigan state law requires employees of child caring institutions to report restraints in an online system run by the Department of Health and Human Services. Those reports were sometimes misrepresented, said Romanczyk. “The most common report was ‘The student was moving toward me in an aggressive manner.’ That was usually code for ‘a restraint that shouldn’t have happened.’”

Two other former youth counselors also said restraints that violated state rules went unreported. One, Elondra Varice, said her incident reports were sent to Sequel’s administrators for vetting before they were passed along to the state. “There was a ‘no snitching’ mentality,” said another, who asked to remain anonymous for fear of legal retaliation from Sequel.

Since Cornelius’ death, Sequel removed mention of physical restraints from its job postings. “We have accelerated the work that was already underway across our organization to move to a restraint-free model of care at every Sequel program,” the company told Vice.

In CCTV footage of the incident, seven staff members can be seen restraining Cornelius on the ground for almost 12 minutes. When they release him, he’s limp and unconscious. Another 12 minutes pass before anyone tries CPR or calls 911.

In July, the Kalamazoo prosecutor’s office charged three staff involved in the restraint with manslaughter. Sequel is also facing consequences: Michigan’s governor, Gretchen Whitmer, directed the state’s Department of Health and Human Services to end its relationship with the company.

On June 18, the agency initiated the legal process to revoke the license of Lakeside, following a two-month investigation. That’s a rare step, according to JooYeun Chang, the agency’s executive director. She noted that Michigan will soon eliminate physical restraint across all its foster care facilities.

All 125 of Lakeside’s residents are now in new placements. After Cornelius died, a riot started on campus. Some students were arrested, and others ran away. Then the facility closed. There was an “‘I don’t feel safe here, I don’t wanna be here, type of energy,” said Christian Goode, 17, a former Lakeside resident and friend of Cornelius.

After Christian was arrested during the riot, a judge finally said he could go home to live with his aunt, something he’d been asking his caseworker about for years while at Lakeside. Christian had been in foster care since he was 4.

“I was restrained, I don’t even know how many times,” he said. “I don’t feel like restraint is ever useful. A kid might get restrained because he has anger issues. Yeah, we got anger issues because we don’t got no family.”

“How about you sit down to talk to that kid. Let’s find a different route.”

Editor’s note: Past coverage from this and other media outlets spelled Cornelius’ last name Fredericks, as his family commonly spelled it, but the death certificate spelled it Fredrick, per his father’s name. 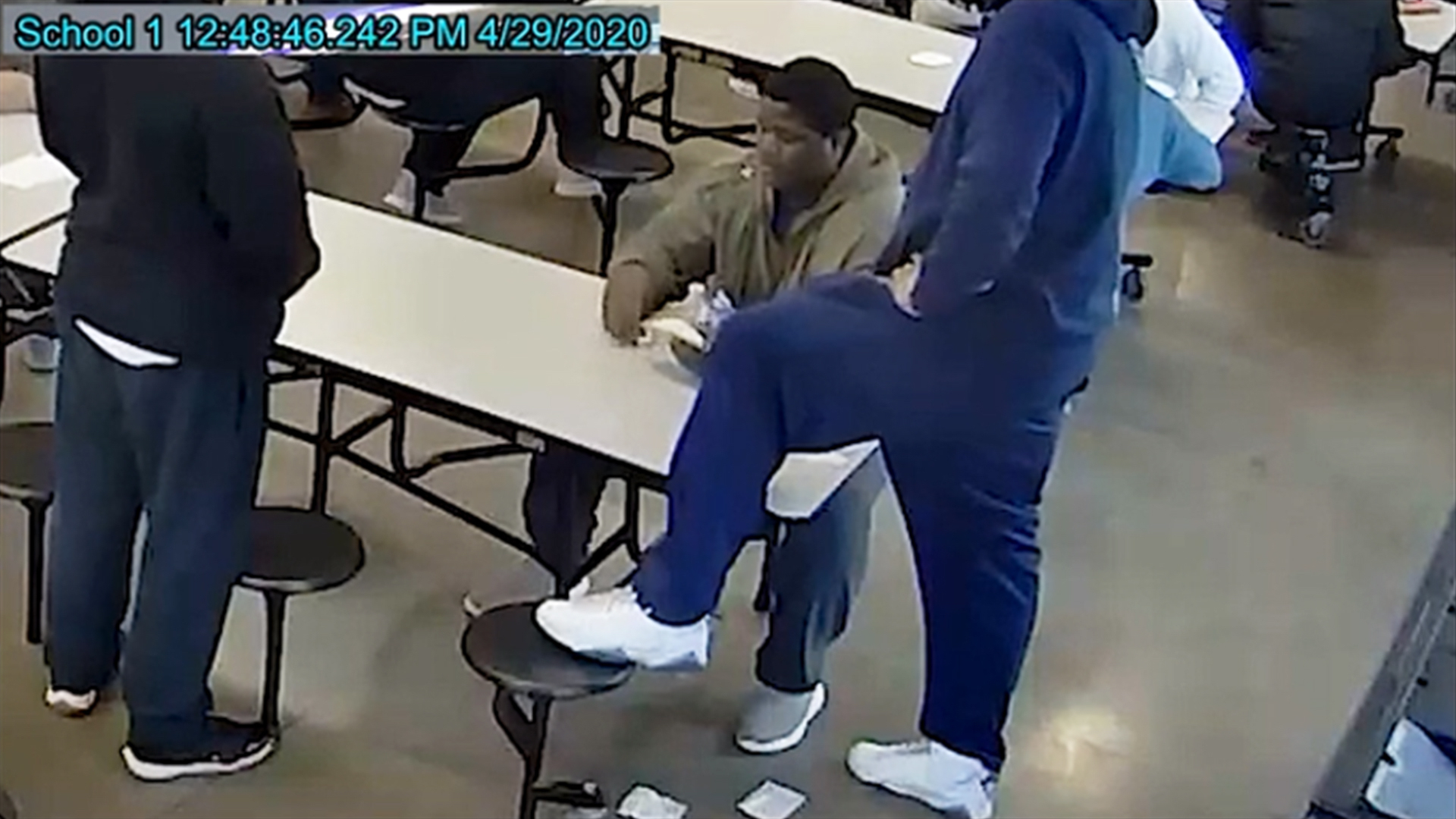 Company boards ‘must have at least one BAME member’