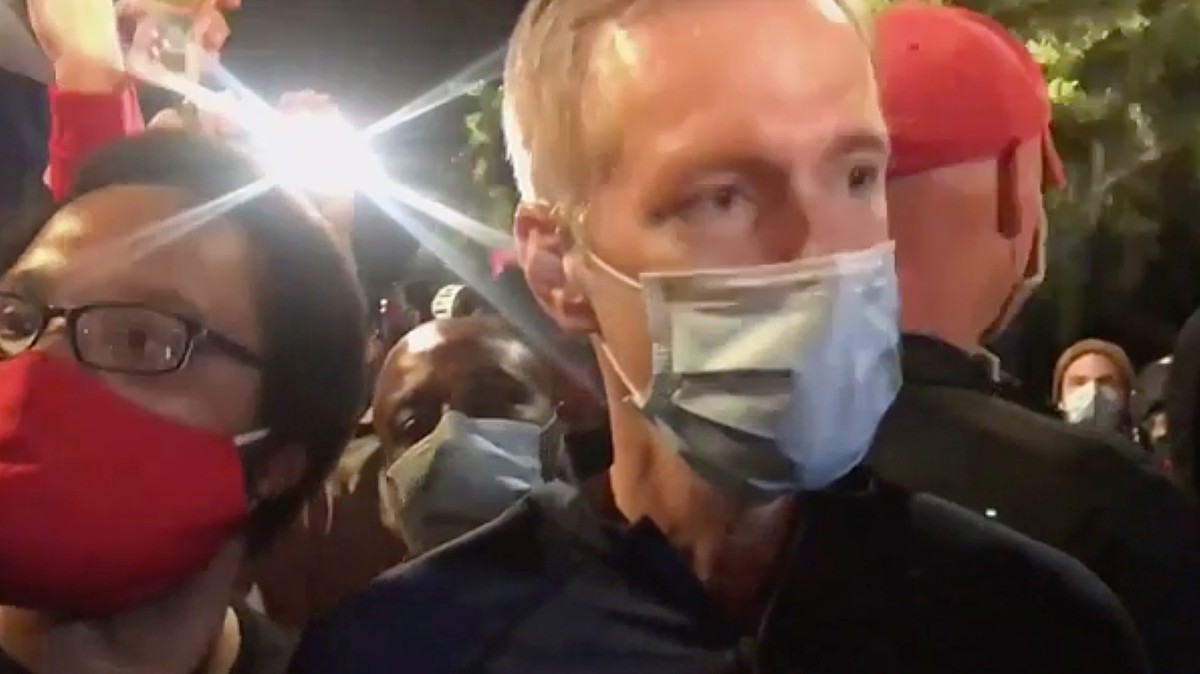 President Donald Trump boasted about his federal troops gassing Portland Mayor Ted Wheeler earlier this week, and said he could send tens of thousands of troops into American cities, during a wide-ranging interview with Fox News that aired on Thursday night.

The Trump administration has sent federal police officers into Portland, where they’ve fired rubber rounds at nonviolent, non-threatening protesters and arrested and detained people in unmarked vans. The federal forces have included units from the Border Patrol and U.S. Marshals, among others, and have been met by a chorus of elected officials in Oregon who’ve demanded they leave the city.

On Wednesday night, Portland Mayor Ted Wheeler was hit with tear gas while standing with protesters outside the city’s federal courthouse. (Wheeler was booed by protesters, many of whom blame him for the aggressive Portland police response to the protests which began after George Floyd’s death in Minneapolis. As mayor, Wheeler is also the commissioner of the Portland Police Bureau.)

Trump apparently thought this was great. “He made a fool out of himself. He wanted to be among the people, so he went into the crowd and they knocked the hell out of him,” Trump said. “That was the end of him. So that was pretty pathetic.”

Trump also falsely claimed that protesters in Portland were “going wild for 51 days” and were going to “rip down the federal courthouse.” Since the administration sent in the federal troops, the protests have only grown in size, particularly as older protesters have joined. In recent weeks, groups of “Wall of Moms” have sprung up to form human barriers between the protesters and the federal cops.

Nevertheless, Trump said that he could send as many as 75,000 more federal cops into cities, following the launch of “Operation Legend” earlier this week and the announcement that the administration will send more than 200 feds into Chicago and Albuquerque for what he says are efforts to assist local police in fighting crime. Trump specifically cited Detroit as one example.

Trump indicated he was preparing for an invasion of major American cities, with or without the support of local officials. “We’ll go into all of the cities, any of the cities, we’re ready,” Trump said. “We’ll put in 50,000, 60,000 people that really know what they’re doing, they’re strong and they’re tough,” Trump said. “As you know, we have to be invited in. At a certain point, we have to do something much stronger than being invited in.”

Trump said he had recently had a “great talk” with Chicago Mayor Lori Lightfoot, who earlier this week co-signed a letter with Wheeler and the mayors of four other major U.S. cities demanding that Trump remove and/or not send federal troops to their cities. Still, Trump cited the recent spike in gun violence as justification for sending the feds to Chicago and elsewhere.

Also on Thursday night, a federal judge dealt a minor blow to the administration’s efforts to have federal troops roam major American cities and attack people with impunity: the court issued a temporary restraining order blocking the feds from attacking journalists and legal observers at protests. The order also says the feds can’t seize photographic and video equipment, or order legal observers or journalists to stop filming them.

“This order is a victory for the rule of law,” Oregon ACLU interim executive director Jann Carson said in a statement. “Federal agents from Trump’s Departments of Homeland Security and Justice are terrorizing the community, threatening lives, and relentlessly attacking journalists and legal observers documenting protests. These are the actions of a tyrant, and they have no place anywhere in America.”

Cover: In this image made from video released by Karina Brown, Portland Mayor Ted Wheeler, right, stands at a fence guarding a federal courthouse as tear gas drifts by early July 23, 2020, in Portland Oregon, during another night of protest against the presence of federal agents sent by President Donald Trump to quell unrest in the city. (Karina Brown via AP) 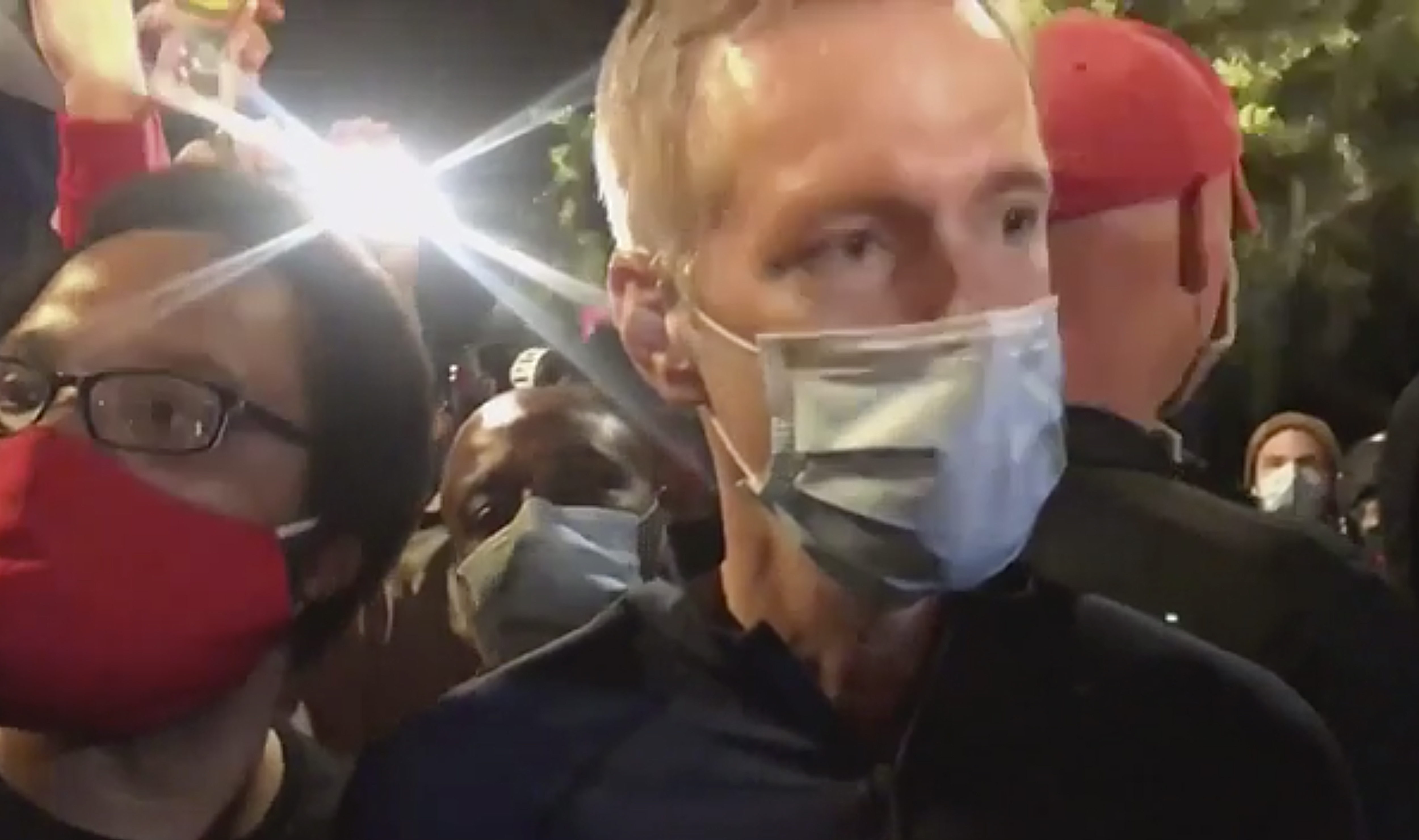 Trade talks: Why chicken, cheese, and cod are a tricky menu