Attorney General William Barr is set to testify before the House Judiciary Committee today on a variety of issues, including the Mueller probe and the Trump administration’s response to recent anti-racism protests. Judging by his opening statement, Barr is in attack mode.

Following an acknowledgment of the death of civil rights icon and longtime U.S. Rep. John Lewis, Barr will immediately go after Democrats for what he views as an attack on his ability to do the job without influence from President Donald Trump.

“Ever since I made clear that I was going to do everything I could to get to the bottom of the grave abuses involved in the bogus ‘Russiagate’ scandal, many of the Democrats on this committee have attempted to discredit me by conjuring up a narrative that I am simply the President’s factotum who disposes of criminal cases according to his instructions,” Barr is expected to say.

“The President has not attempted to interfere in these decisions,” Barr’s opening statement continues. “On the contrary, he has told me from the start that he expects me to exercise my independent judgment to make whatever call I think is right. That is precisely what I have done.”

Barr is expected to explain why he returned to the Department of Justice, where he served as attorney general under President George H.W. Bush and was in the role during the Rodney King beating and subsequent LA riots of 1992. Then, he will call the May death of George Floyd in Minneapolis a “shocking event,” and acknowledge that “it is understandable that, among black Americans, there is at least some ambivalence, and often distrust, toward the police.”

But Barr is expected to deny that the problem is “some deep-seated racism generally infecting our police departments.” This echoes his comments in response to the early protests after Floyd’s death.

“It seems far more likely that the problem stems from a complex mix of factors, which can be addressed with focused attention over time,” Barr’s statement says. He also expresses his belief that “we have a basic obligation to treat each other as individuals, created equal and entitled to the benefit of the doubt rather than assumptions based on skin color.”

Barr, it should be noted, was a proponent of mass incarceration during his career at the Department of Justice, including his first term as attorney general. “Amid all the concern we hear about high incarceration rates for young black men, one critical fact has been neglected,” reads a 1992 DOJ report called “The Case for More Incarceration,” which Barr signed off on. “The benefits of increased incarceration would be enjoyed disproportionately by black Americans living in inner cities, who are victims of violent crime at far higher rates than whites and persons who live outside the inner cities.” (During his confirmation hearing, Barr indicated he understood that times have changed.)

The much bigger problem to Barr, judging by the letter, are the recent protests against anti-racism all over the country, and the reaction of some local governments, such as Minneapolis, which have considered shifting police funding to other public services after demands from protesters.

“Unfortunately, some have chosen to respond to George Floyd’s death in a far less productive way — by demonizing the police, promoting slogans like ACAB (All Cops Are Bastards), and making grossly irresponsible proposals to defund the police,” Barr says.

The attorney general goes even one step further to downplay the effect of police brutality by trotting out the well-worn trope of “Black on Black crime.”

“The threat to black lives posed by crime on the streets is massively greater than any threat posed by police misconduct,” Barr says. “The leading cause of death for young black males is homicide, and the vast majority of them — around 90 percent — are killed by other blacks, mainly by gunfire. Each of those lives matter.”

Finally, turning his attention to Portland and “violent rioters and anarchists,” Barr says the recent protests against federal agents sent in by the Trump administration are “an assault on the Government of the United States.” The unidentified federal agents have used rubber bullets, which Portland police are barred from using due to a recent court ruling, as well as unmarked vehicles to arrest and detain protesters.

Local officials have denounced the use of federal agents to police protests in Portland, as well as other cities such as Seattle, Atlanta, and Chicago. Nevertheless, Barr also calls on members of Congress to denounce the protests against federal involvement.

“As elected officials of the federal government, every Member of this Committee – regardless of your political views or your feelings about the Trump Administration – should condemn violence against federal officers and destruction of federal property,” Barr says. “So should state and local leaders who have a responsibility to keep their communities safe. To tacitly condone destruction and anarchy is to abandon the basic rule-of-law principles that should unite us even in a politically divisive time.” 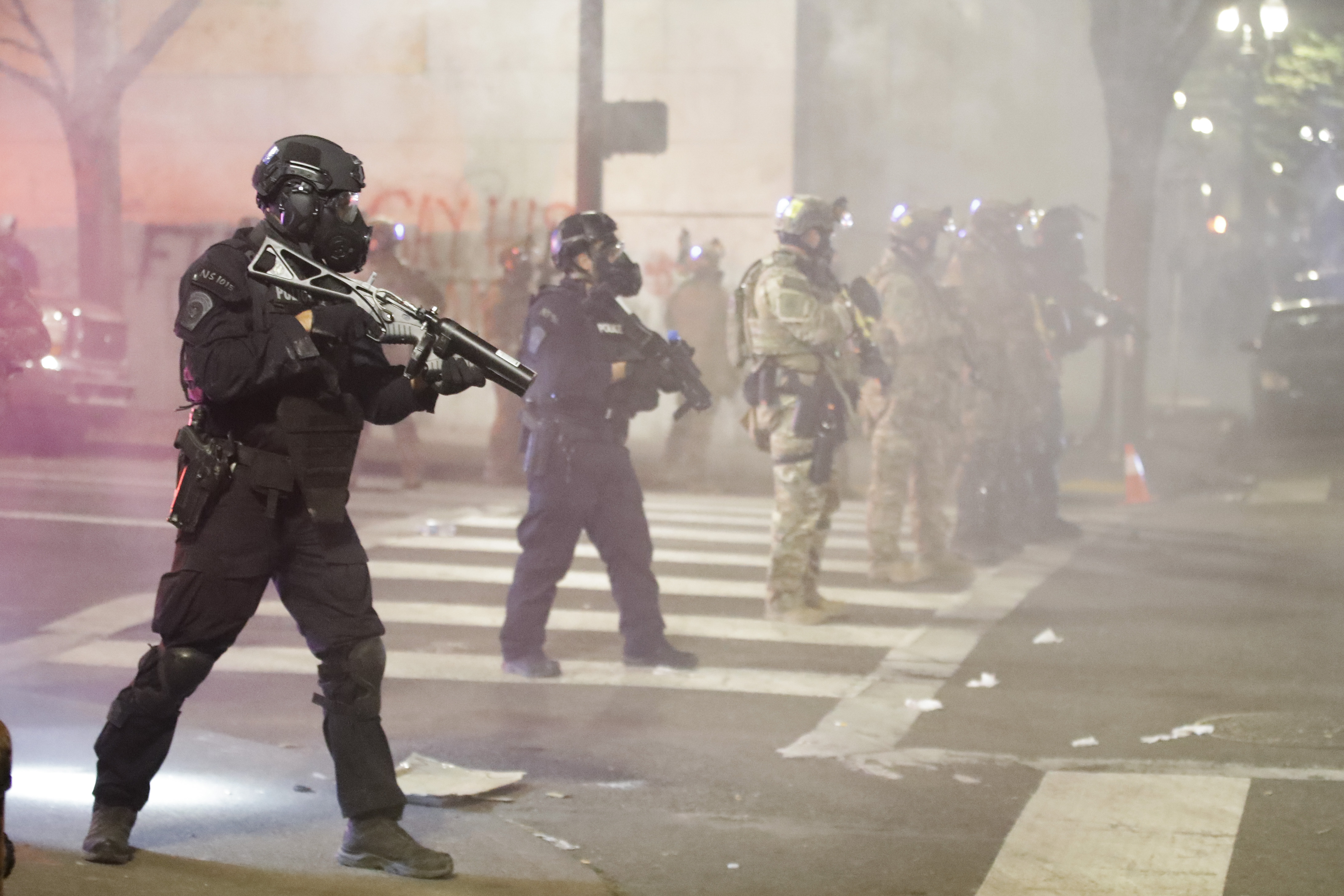 The 2020 Ferrari Roma: Why we need beautiful cars