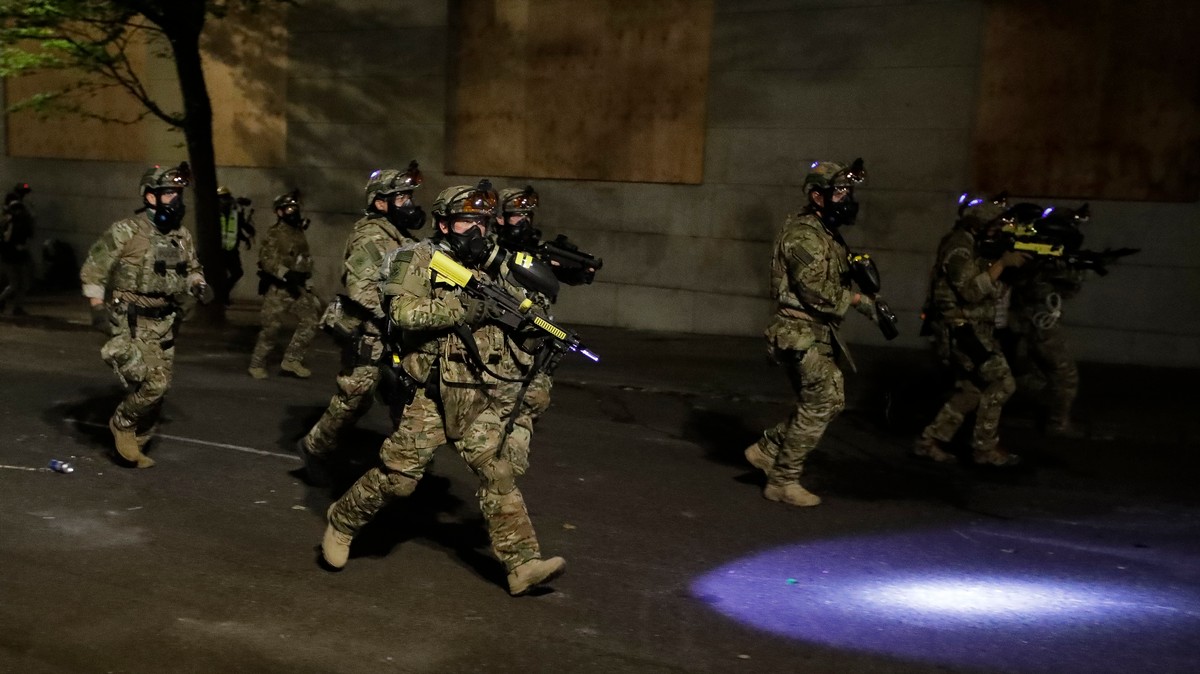 After a tumultuous two months of militaristic tactics that inflamed local BLM protests and caused national outrage, the federal agents deployed in Portland will be taking a step back as soon as Thursday.

Oregon Gov. Kate Brown announced Wednesday that federal agents from the U.S. Customs and Border Protection and U.S. Immigration and Customs Enforcement will soon begin a phased withdrawal from the state’s largest city, as directed by Acting Homeland Security Secretary Chad Wolf. Brown, a Democrat, said the decision was made after negotiating with federal law enforcement leaders and Vice President Mike Pence.

“These federal officers have acted as an occupying force, refused accountability, and brought violence and strife to our community,” Brown said.

On a press call about the situation, Wolf said state and local law enforcement “will begin securing properties and streets, especially those surrounding federal properties, that have been under nightly attack for the past two months.” DHS had deployed at least 114 agents to the Mark O. Hatfield Courthouse in downtown Portland alone as of mid-July, but the total number deployed in the area is unclear.

Department of Homeland Security agents will stay behind to ensure an easy transition of control to local law enforcement, Wolf told reporters. Federal Protective Service and U.S. Marshals will also remain present inside federal courthouses and other properties to ensure their safety. Once the violence dissipates, DHS will leave, but there’s no timeline as to when that’s expected to happen.

The announcement comes just hours after Trump told reporters in D.C. that federal presence in Portland would continue until local law enforcement could step up and take control of the situation.

Federal agents descended on Portland in June in reaction to protests following the death of George Floyd at the hands of Minneapolis police. The agents, in camo gear and no badges, have violently clashed with peaceful protesters repeatedly in recent weeks, using tear gas, firing rubber bullets, using batons and other means of dissipating crowds and conducting sweeping, questionable arrests in unmarked vehicles. One video showed agents beating a Navy veteran with a baton in the legs and hands and spraying tear gas into his face. Bystanders have repeatedly said they’ve seen officers pull up in unmarked vans before leaving the scene. Some protesters have been critically wounded by officers firing their weapons into crowds. A total of 94 people have been arrested since July 4 according to DHS.

The deployment of federal agents has been part of “Operation Legend,” the Trump administration’s effort to send as many as 60,000 agents to cities like Chicago, Albuquerque, and Portland to quell what they consider violent protests.

In Portland, the violence only seemed to bring out more people to join the protests and emboldened them to respond.

Earlier this week, the U.S. Marshals Service and Department of Homeland Security had been taking steps towards deploying an additional 100 officers to the city in case backup was needed in the coming days.

President Trump and the rest of his administration have frequently used Portland as an example of a U.S. city in need of “law and order.” He bragged about the use of tear gas on Portland Mayor Ted Wheeler last week as he stood outside a federal courthouse with other protesters.

“He made a fool out of himself,” Trump said Friday. “He wanted to be among the people, so he went into the crowd and they knocked the hell out of him. That was the end of him. So that was pretty pathetic.” 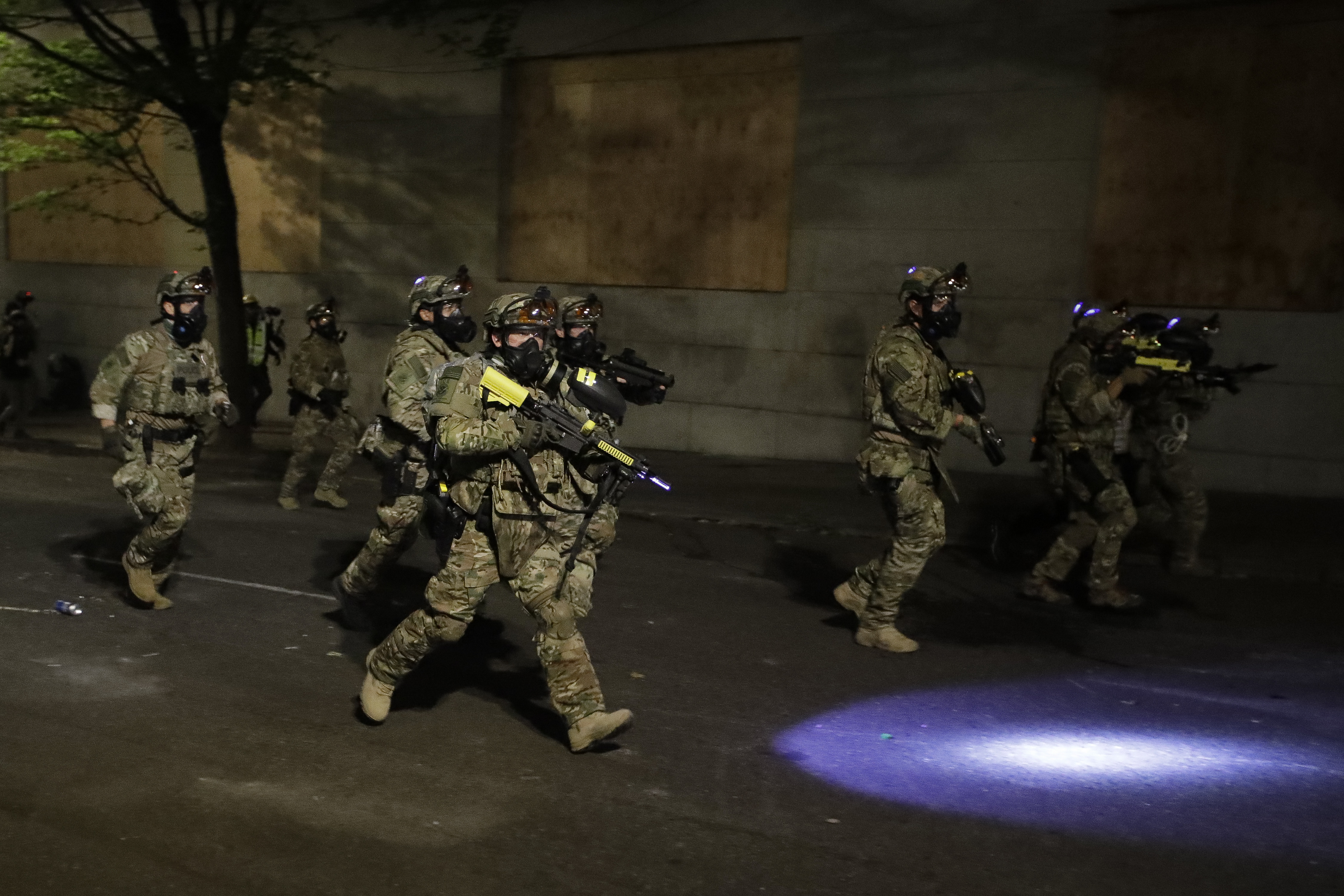