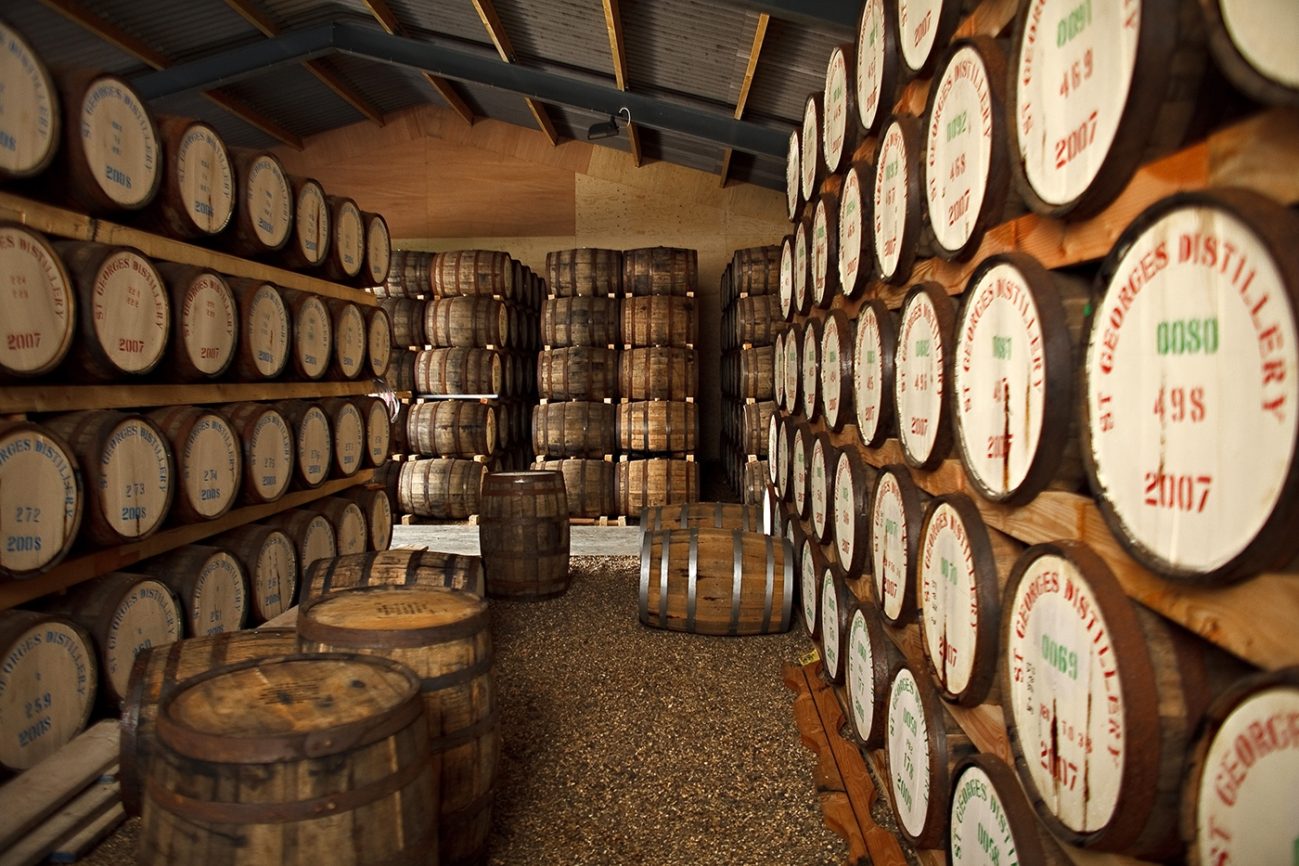 The distillery was officially opened by Prince Charles in 2006 and now also produces the Norfolk range which includes the 45%ABV “Farmer” Single Grain Whisky, made from eight different grains.  The bottle displays a bowler hat which was invented in Norfolk 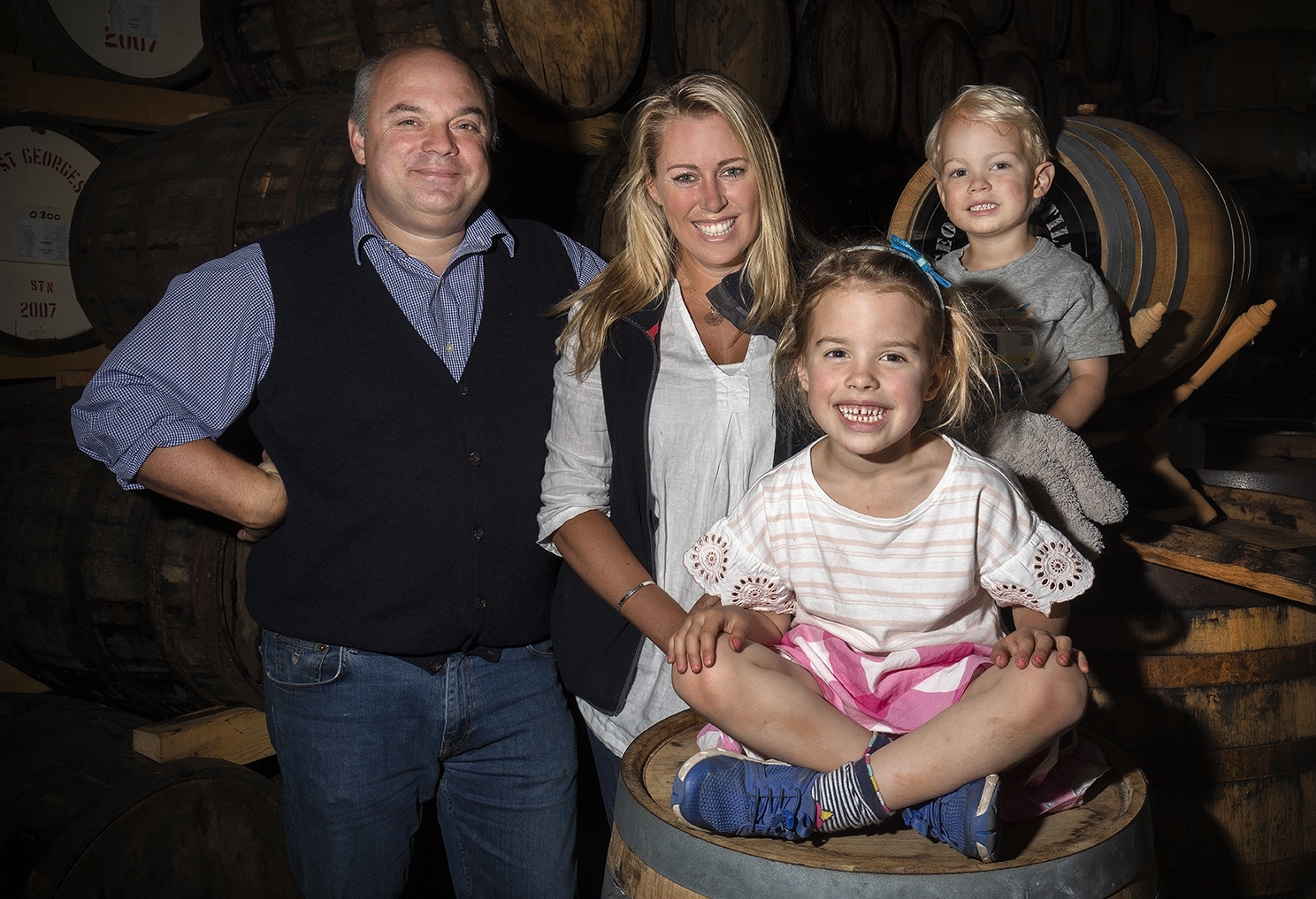 The Nelstrop family has been grain growers and producers for over 120 years. James Nelstrop introduced direct drilling to Australia. He also worked in Russia, returning to the UK to turn an old vegetable farm on the fens into the first whole “Countryside Stewardship Scheme Farm” for organic sheep and cattle. Realizing that Norfolk grows the UK’s best barley and that he had a Breckland Aquifer on tap, in 2006 he opened England’s first distillery dedicated to single malt whiskey for over 140 years. 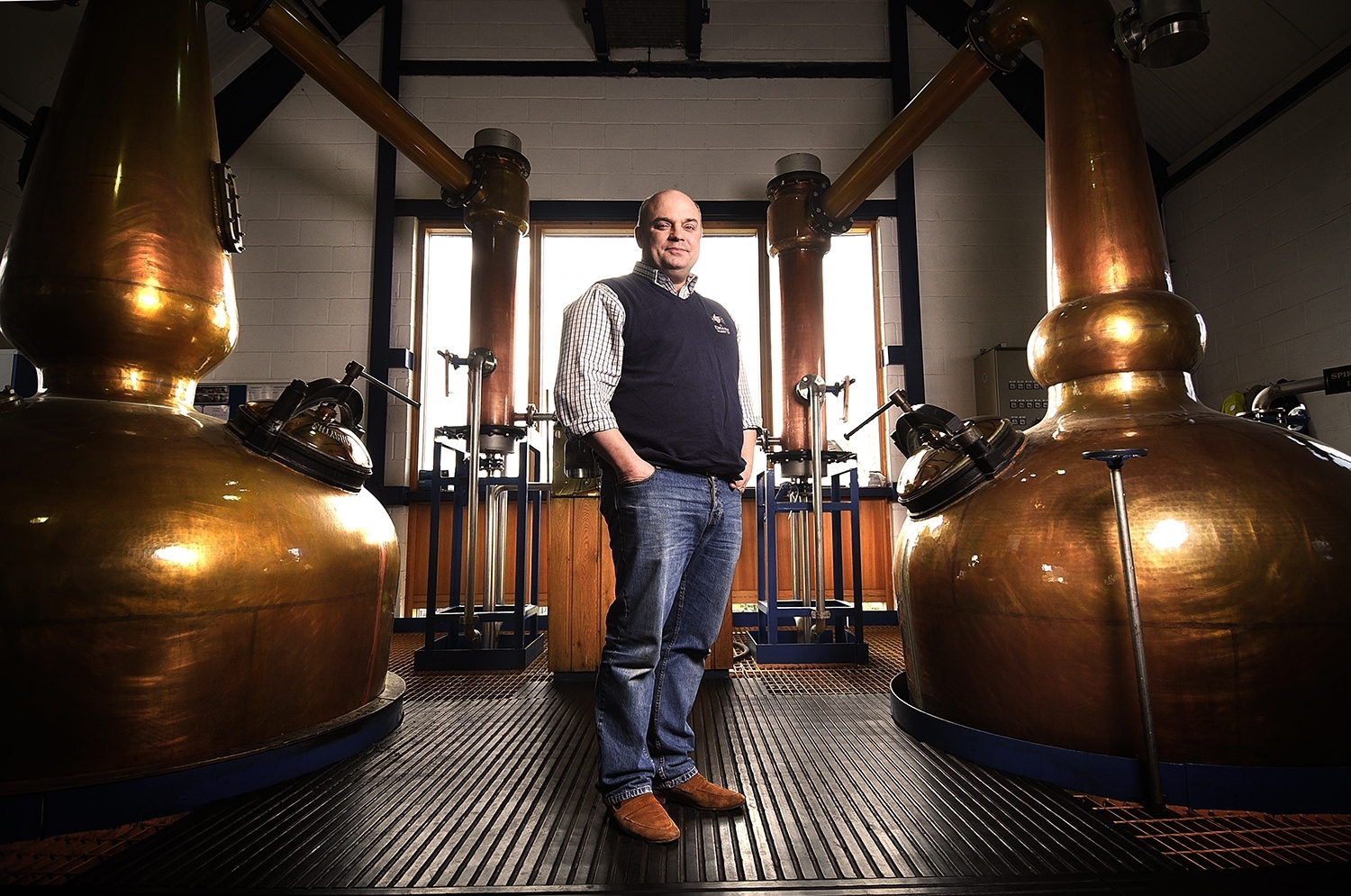 “My father James Nelstrop’s sole ambition was to produce the very finest single malt whiskey. This is still the only goal of The English Whisky Co, ” says Andrew Nelstrop. 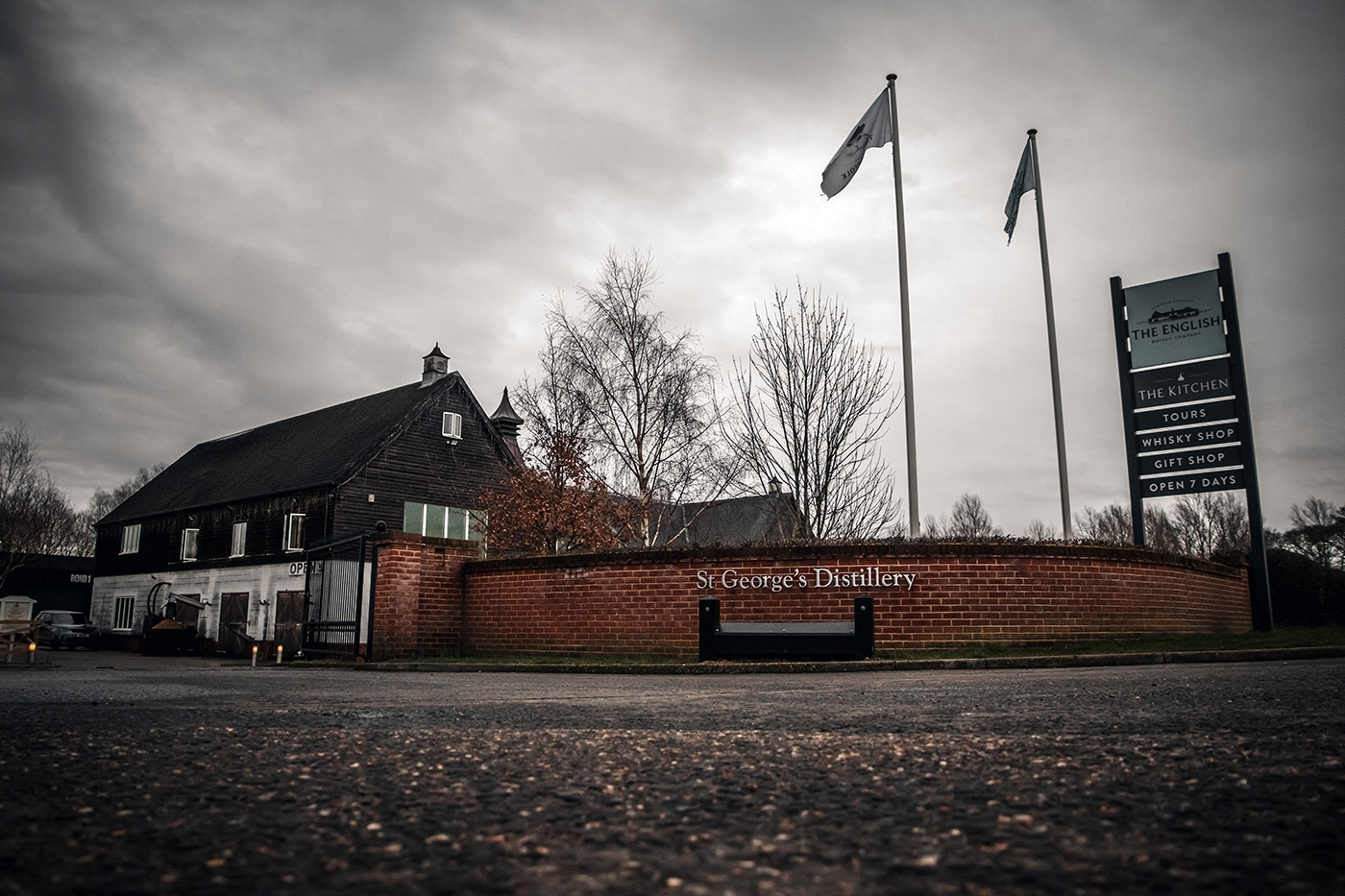 “Iain Henderson of Laphroaig helped us produce the first 29 barrels of English whiskey and within a year we had a visitor center and were giving tours.  We have many many barrels maturing nicely in our warehouses. The distillery creates both unpeated and peated whiskey, as well as having a rolling program of cask trials. The cask trials have resulted in some wonderful whiskeys as can be seen in with our Small Batch releases.  Ongoing maturation will continue to result in new releases over the coming years.” 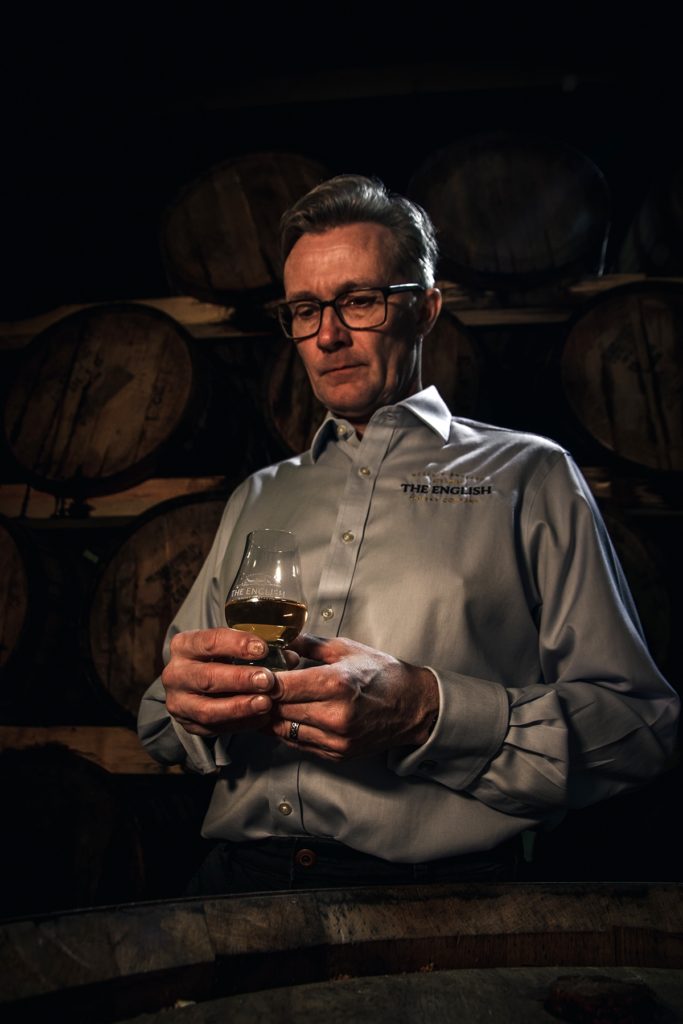 As well as “The Original” (£42) The St George Distillery’s  “The English”  range offers “Rum Cask”, “Smokey Virgin”, “10-year-old First Fill Bourbon” (£80), Double Cask Bourbon and Oloroso as well as a 10-year-old Cask American Oak. In 2018, to celebrate the royal birth, it made a limited edition of HRH Prince Louis of Cambridge decanter. The distillery also makes liqueurs. Like “Norfolk Nog”. 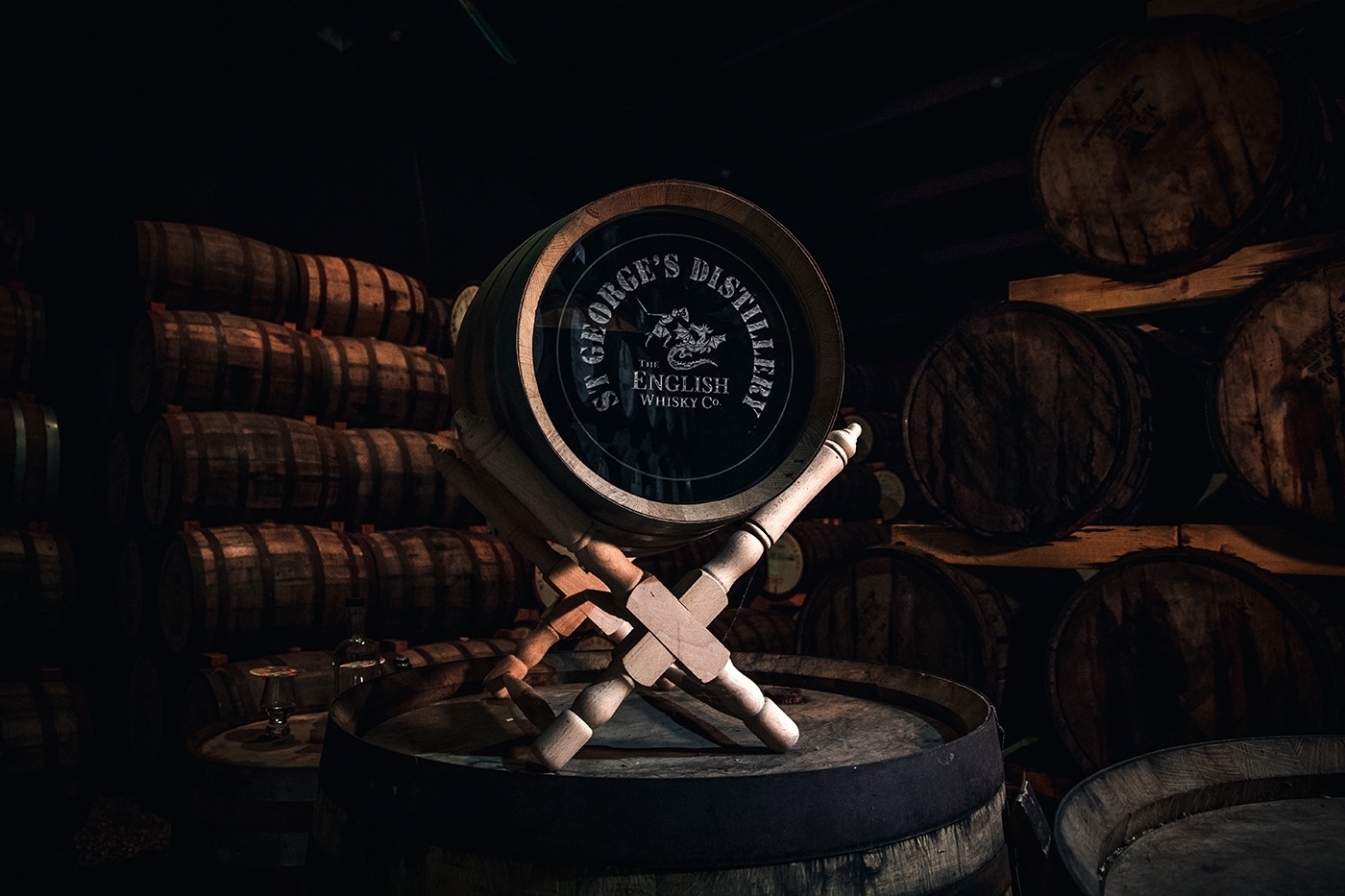 The distillery survived a fire in 2012 but stock reserves were saved.  The supermarket giants, “Mark & Spencer” started selling its own whiskey label.  This is distilled at St. George’s.

This Is How Rudy Giuliani Went Off the Rails: Watch the First Episode of the Impeachment Show

How to Stop Your Boomer Parents From Spreading Fake Coronavirus News