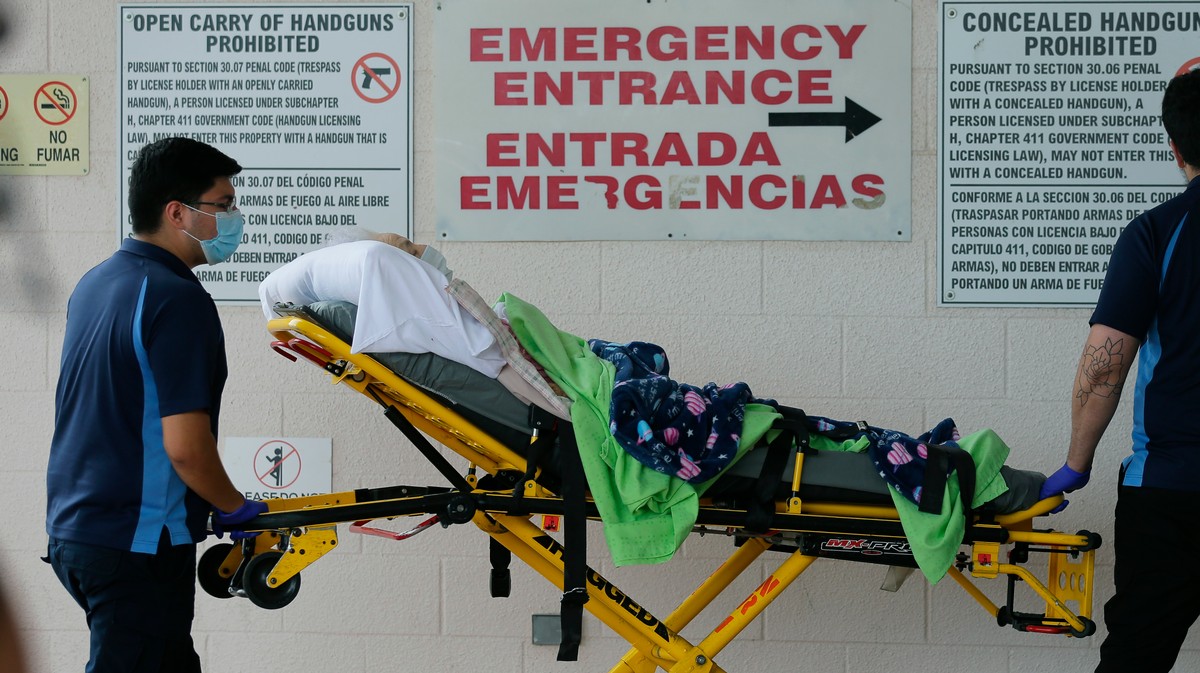 We have a long and deadly fall and winter ahead of us, according to the University of Washington’s COVID-19 projections.

The university’s Institute for Health Metrics and Evaluation’s COVID-19 estimates that the U.S. could see more than 295,000 deaths by December 1, with nearly 45,000 deaths in the month of November alone.

That already awful number could skyrocket if states ease restrictions on public interactions in hopes of jumpstarting the economy: the model predicts that in that case, the U.S. could be looking at as many as 400,000 deaths by December.

“We’re seeing a rollercoaster in the United States,” IHME director Dr. Christopher Murray said in a Thursday press release. “It appears that people are wearing masks and socially distancing more frequently as infections increase, then after a while as infections drop, people let their guard down and stop taking these measures to protect themselves and others — which, of course, leads to more infections. And the potentially deadly cycle starts over again.”

The reason for the predicted upswing boils down to several factors, according to the IHME, but most pressing is that transmission rates are expected to be higher heading into the winter months.

The model predicts that nearly half of the states will reimpose measures like stay-at-home and business closures in order to control the pandemic, including Arizona, Florida, Mississippi, and South Carolina this month and Georgia and Florida next month. None of these states’ leaders have indicated that they’ll issue a mandate like the stay-at-home orders we saw all over the country in March and early April, but the model predicts they will once the daily death rate reaches 8 per million.

Dr. Anthony Fauci of the White House coronavirus task force said on Thursday that the increasing rates of coronavirus in major cities and areas from coast to coast, including Baltimore, Atlanta, Omaha, Portland, and California’s Central Valley are a “predictor of trouble ahead,” in an interview with CNN.

The model also predicts that if 95 percent of the public begins regularly wearing masks outside of the home, it could save more than 66,000 lives.

“The public’s behavior had a direct correlation to the transmission of the virus and, in turn, the numbers of deaths,” Murray said. “Such efforts to act more cautiously and responsibly will be an important aspect of COVID-19 forecasting and the up-and-down patterns in individual states throughout the coming months and into next year.”

A Guide To Playing World of Warcraft As A Beginner Player