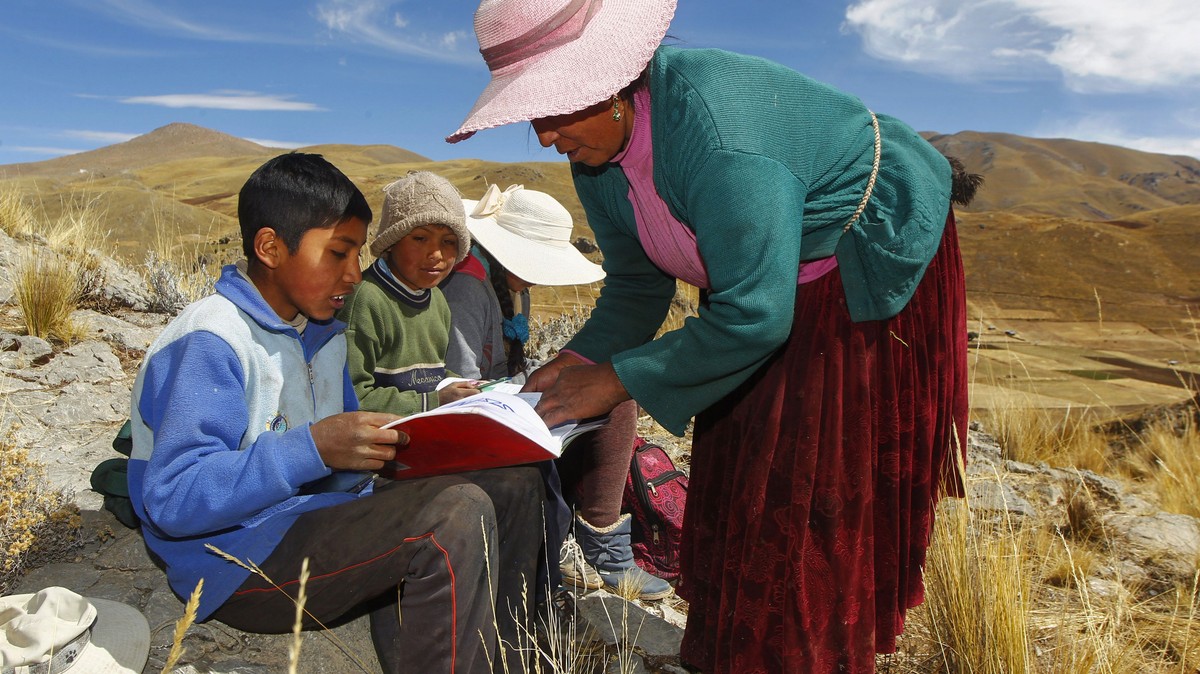 A decision by Bolivia’s interim government to suspend the academic year due to the Covid-19 pandemic in one of the region’s most impoverished, rural nations promises to drive more children to work, and for longer hours.

Before the Covid-19 pandemic hit, Yoel Aricona Rivera, aged 14, spent his weeks at school and earned tips cleaning and running errands in the town of Sacaba’s general cemetery. But with the lockdown that source of income dried up, and with the cancellation of school he is now working nearly fulltime as a construction assistant. “The cemetery was closed and I needed money,” he said.

Sandra Paco Arías, who sold sweets on the streets of Cochabamba from the age of 10, is already seeing this among her peers. “Since they don’t have anything to do at home, they’ve started working,” she said.

More idle time in the hands of the nation’s kids is compounded by the fact that many parents from low-income families are now out of work due to the lockdown, increasing the pressure on children to generate income.

Observers expect the number of children working as a result of the cancellation of the academic year to surge.

“More children will go out and work to be able to keep feeding themselves, because food is a basic necessity,” said Sandra Caiguara, director of the child workers’ support foundation Centro Hermano Manolo.

“Now, the priority is having something to eat. So education ends up on the back burner.”

Bolivia’s Presidency minister, Yerko Núñez, announced that the school year would end in August, and that pupils would start studying their next academic year in 2021. “We’re afraid that in provinces and many sectors of our country, there is no internet, so it’s not possible to attend classes,” he said during a press conference. Bolivia is one of the first countries to officially put education on hold until the next academic year due to the pandemic, along with Kenya.

Bolivia’s government declared a strict lockdown due to the coronavirus from March 23, only allowing people to go out for essentials like food and medicine. At that point, Anahí, aged 17, who asked VICE News not to use her real name, lost her weekend waitressing job. Now that she won’t be going back to school, she’s working three days a week, painting a house in her neighbourhood in the city of Cochabamba. The hours have gone up, but the pay has gone down: She earns 80 Bolivianos (about $11) a day, compared with 90 ($13) at the restaurant.

“We have to work because prices have gone up and our parents can’t support us because there’s no work,” she said. She spends her wages on basics like food and water.

The decision to pause the state education system highlights social inequalities in Bolivia. Although many schools say they’ll try to continue voluntary online classes, not everyone has the resources to keep up. The video-conferencing service Zoom has emerged as a major new cost, too. “Zoom uses your camera and that spends more data. Our teachers tell us not to use our cameras because of that,” Anahi said. “There are others who can’t even afford the telephone card they need to attend [virtual] classes.”

Middle- and upper-class urban families have stable internet and often one parent at home to help children with homework. “[Parents] who are professionals can keep educating their children,” said Caiguara. “But those who work from 7 a.m. to 7 pm get home tired, and often they themselves haven’t studied.”

But in low-income families, it’s common for everyone to work, including the children. In 2014, Bolivia legalized work for children as young as 10, under certain conditions: They could work in self-employment from the age of 10 and for a third party from the age of 12. Bolivia’s law states that the work shouldn’t be dangerous or harm children’s education, but these conditions aren’t always observed.

The move drew fierce criticism from the international community, but child and adolescent labour unions in the country argued that the law simply granted legal protection for work they were already doing so that their families could afford essentials like food and school supplies.

In rural parts of Bolivia, children help harvest crops and some work in mines, while in urban areas they do jobs such as sell sweets, shine shoes, or work at market stalls and shops.

Some 35% of the population were living below the poverty line in 2018, according to Bolivia’s National Institute of Statistics. That figure will rise significantly as a result of the pandemic, with the country’s economy forecast to contract by 5.7% in 2020, according to the Fitch ratings agency.

With schools out of action for a year, many families won’t be able to afford private tuition, or to keep their children out of work. 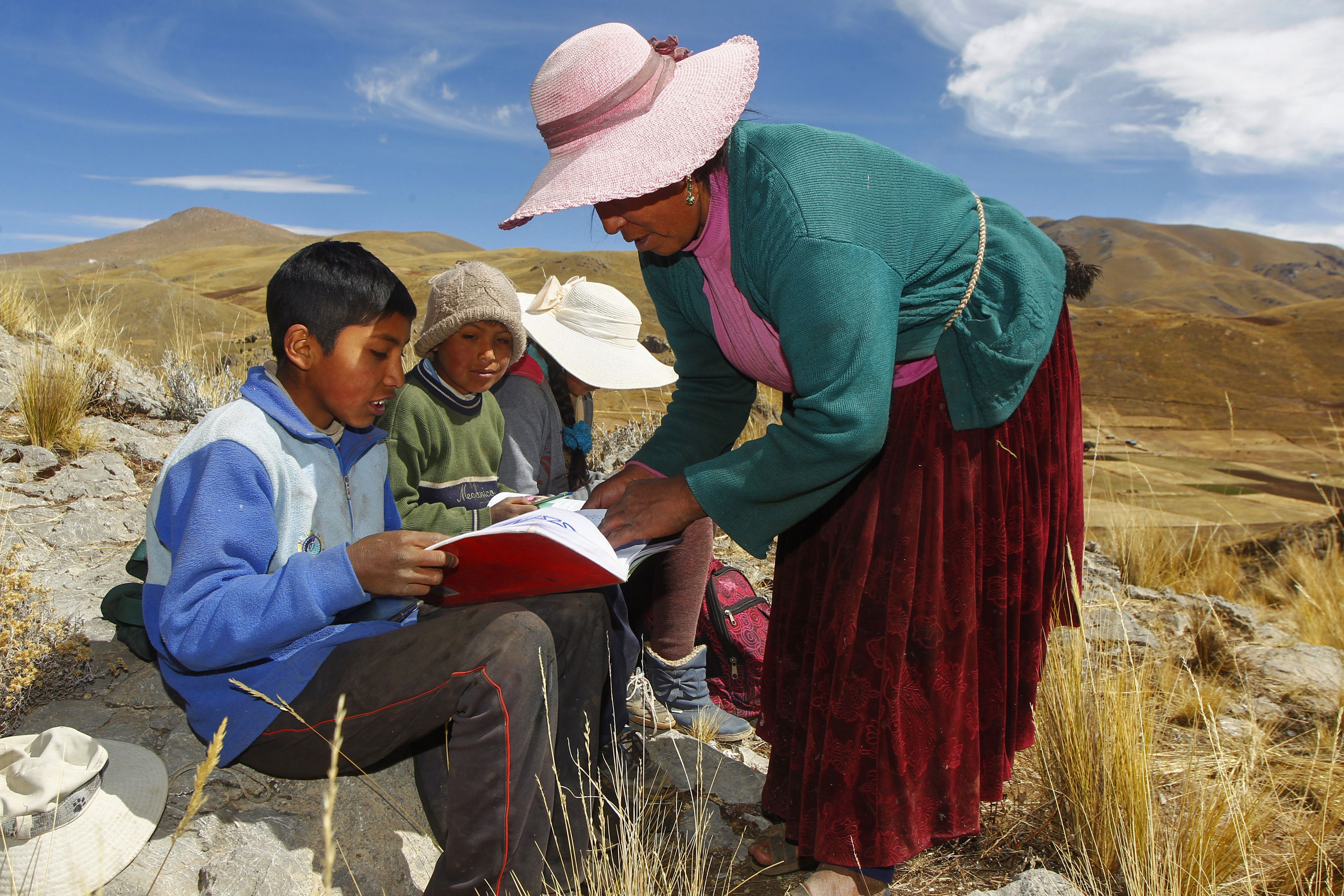