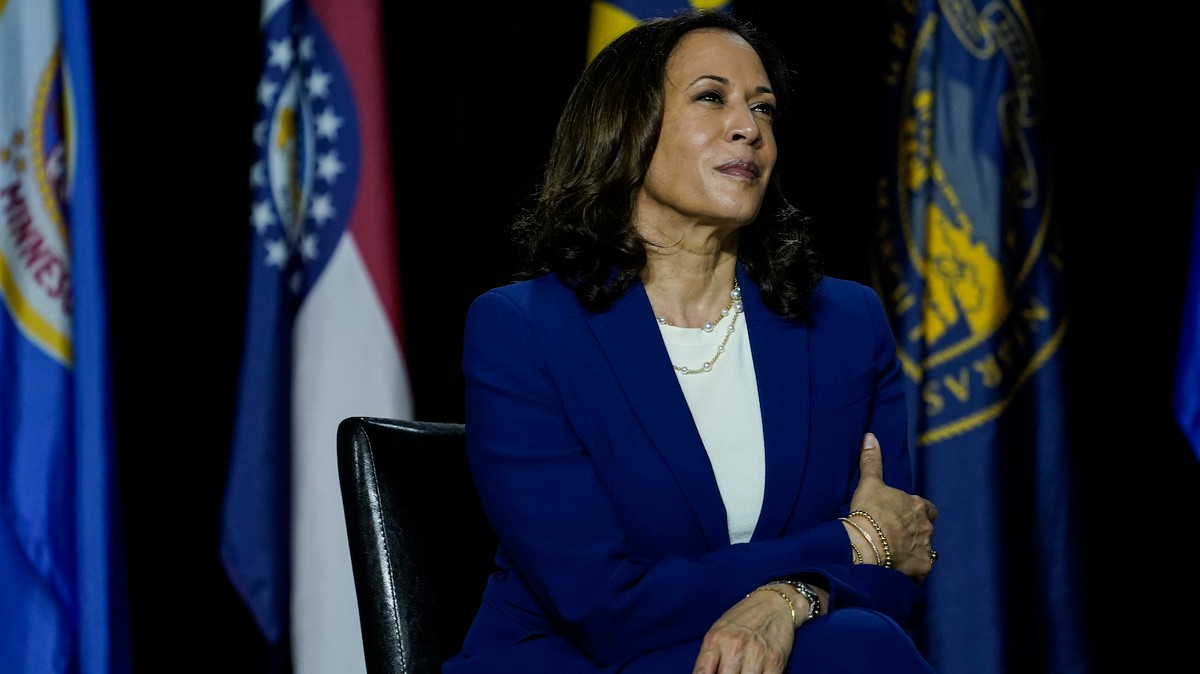 A few months into her political career, Kamala Harris made a decision that would follow her for more than a decade — and will likely come up again now that she’s Joe Biden’s running mate.

Shortly after Harris became San Francisco’s district attorney in 2004, a police officer was murdered by a gang member using an assault rifle. Harris, sticking to a campaign pledge, said she wouldn’t pursue the death penalty for the killer.

“This is not only the definition of tragedy; it’s the special circumstance called for by the death penalty law,” Feinstein said. The thousands of cops in attendance at St. Mary’s Cathedral roared to their feet as Harris sat staring ahead stone-faced.

“It was like a bomb,” said Chris Cunnie, a former head of the local police union who later went on to work for Harris and was sitting in a pew across the aisle from Harris when Feinstein delivered her rebuke. “I’ve never been in a church where the whole church was up clapping. The only person who didn’t stand up was the archbishop.”

Joe Biden’s announcement of Harris as his running mate set off another round of frustrated cries of “Kamala is a cop” from some progressive activists — and even from some trolling Republicans. But as she enters the general election, Harris needs to brace herself for attacks from the right as well. And the Espinoza case could be front-and-center, as it was during her only other contested race against a Republican.

At the time, Harris was stunned by the vitriol. Feinstein had endorsed her. The police union had backed her as well in her runoff election, and its new head had stood by her side just days earlier as she’d announced her decision, before turning on her at the funeral.

“That experience of going to a funeral for a slain comrade in arms and [taking] this frontal attack was pretty shocking,” said Tim Silard, a longtime Harris staffer who was in the office when she returned from the service. “She was shaken by the experience.”

That was far from the end of things. Sen. Barbara Boxer, D-Calif., called for the case to be taken away from Harris. Lawmakers in the state assembly attempted to pass a law to do just that.

But Harris refused to back down.

The experience helped define Harris’s career trajectory. While staff say she insisted on throwing out cases if the underlying arrests had a whiff of racial profiling, she was cautious about crossing the cops again for much of her tenure as district attorney. As California’s attorney general she sought to build bridges with law enforcement, which her critics on the left say led her to take it too easy on them.

The “Kamala is a cop” attack became a mantra on the left during the 2020 presidential primaries, but her record — and this event in particular — show how much more complicated and nuanced Harris’s legal career was, and how carefully she navigated a flawed and racist legal system, pushing for some reforms while looking to avoid landmines like the one she landed on early in her career.

Harris’s office charged the killer with first-degree murder, but while the jury returned with a conviction of second-degree murder — a conviction that isn’t eligible for the death penalty — many San Francisco cops hated her from then on, and made sure she knew it.

Silard said he saw it in a visceral way as he rode with Harris during the city’s Pride Parade.

“Every year, year after year, as the car drove down the parade route they’d turn their backs to her.”

“Every block or two there are cops for crowd control, and every year, year after year, as the car drove down the parade route they’d turn their backs to her,” he told VICE News.

Harris eventually apologized for making the announcement that she wouldn’t seek the death penalty so soon after Espinoza’s death, but stood by her remarks.

Weaponized by the GOP

Harris’s 2010 race for attorney general illustrates how this event be weaponized as a right-wing attack.

In that race, 57 police organizations in the state endorsed her opponent, Republican Steve Cooley. Espinoza’s mother was featured in GOP attack ads lambasting Harris for her decision.

“Our son was killed in the line of duty with an AK-47 by a gang member,” Daisy Espinoza said in a statewide TV ad from the Republican State Leadership Committee, before a voiceover said “even before his burial, Kamala Harris refused to seek the death penalty against his killer.”

In another spot from a statewide police association, a woman said “unlike his opponent, Steve Cooley believes in the death penalty for murdering a police officer.”

“I kind of laughed when that happened, I thought that’s not really fair. Come on — she was not what you’d consider to be a tough on crime prosecutor,” he said. “She really wasn’t good on law enforcement or criminal justice. She wasn’t a tough prosecutor by any stretch, she was a failed prosecutor.”

Republicans from President Trump on down have delivered a surprisingly muddled mix of attacks on Harris since her announcement.  Trump himself attacked her for opposing fracking and for failing to win the Democratic nomination, while his campaign  sought to paint her as a radical for her support of the Green New Deal and a version of Medicare for All, and accused her of trying to distance herself from her old tough-on-crime prosecutorial record to please the left.

“Phony Kamala will abandon her own morals, as well as try to bury her record as a prosecutor, in order to appease the anti-police extremists controlling the Democrat Party,” Trump spokeswoman Katrina Pierson said in a Tuesday statement.

And it’s clear they’re not sure how to approach her prosecutorial record. American Conservative Union Chairman Matt Schlapp, a close Trump ally, tweeted that she was “a lock em up and throw away the key prosecutor,” while Vice President Mike Pence called her “soft on crime.”

That cognitive dissonance may well undercut any attempt at coherent messaging. But it didn’t stop Trump from doing the same to Hillary Clinton four years ago, with an assist from Russia, using Facebook ads targeted at African Americans to attack her previous tough-on-crime stances while running as the law-and-order candidate to his base. As contradictory as that argument was,  it worked in depressing Black and progressive turnout.

Harris herself has had a complicated, mixed record on policing that intentionally defies easy categorization. She often bragged about being California’s “top cop,” even as she touted herself as a “progressive prosecutor.”

In her 2009 book Smart on Crime, she called for more police, claiming that “virtually all law-abiding citizens feel safer when they see officers walking a beat” and arguing that “police officers are a reassuring sign of a community’s commitment to order, calm and safety.”

She said the opposite this summer, telling the New York Times that  the idea that “putting more police on the streets creates more safety” is “just wrong.”

And she’s embraced the Black Lives Movement, even though she took a more cautious approach when it first emerged in 2014. During her first speech as Biden’s running mate on Wednesday, Harris called the movement “the heroes of our time.” But when an unarmed Hispanic man was killed by police in Anaheim in 2014, she declined to step in and lead an independent investigation.

She’s been consistently against the death penalty (as has Biden, her running mate) — but promised as AG to uphold the state law supporting it, fought against reopening a controversial death penalty conviction, and hasn’t always fought against it as hard as advocates wanted her to.

But her defenders see Harris as someone who looked to gradually improve the system, with her eye on the long game.

“Would I have done everything the way she did? No. But I’m a civil rights lawyer, I can afford to be a purist,” said Eva Paterson, a prominent civil rights leader and head of the Equal Justice Society who was an early Harris booster.

Brian Brokaw, who ran Harris’s 2010 race, predicted the attacks on Harris’ handling of Espinoza’s case would come up again this time. But he shrugged off concerns that it could hurt the Biden-Harris ticket.

“I have no doubt they’ll make it a political issue. I don’t know if it’ll be very effective,” he said. “Her opponents have been trying to pigeonhole her for a very long time and it’s really not possible to do so. She has detractors on the left, she has detractors on the right, and she is overwhelmingly popular whenever she runs for office, and that’s a mark of a successful public servant.”

But Cooley thinks the ads write themselves.

“I don’t think the Trump campaign has to do much of anything except to regurgitate history,” he said. 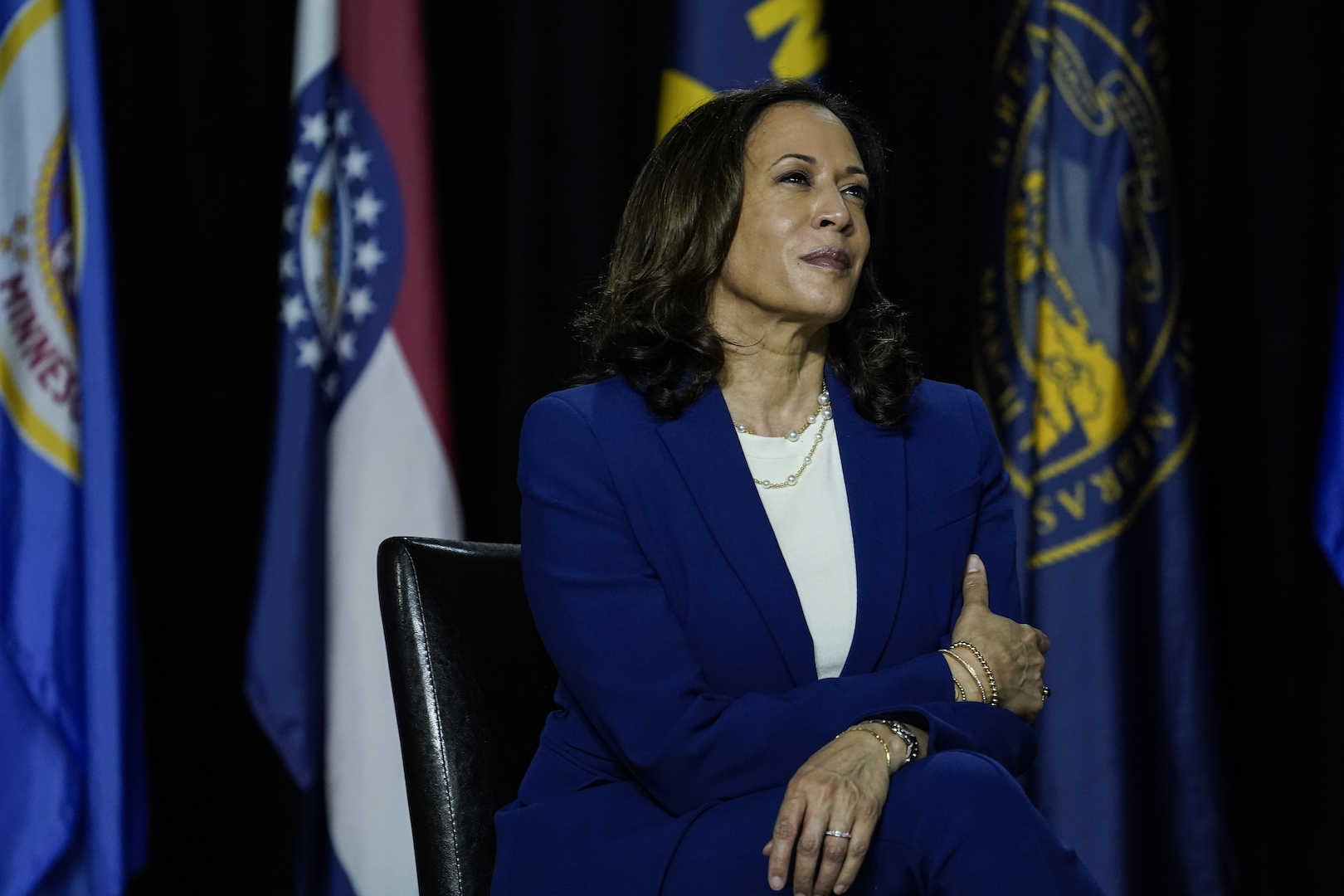 Coronavirus: More flights cancelled by Virgin, Ryanair and others

Oil prices have soared. Why won’t Opec bring them down?