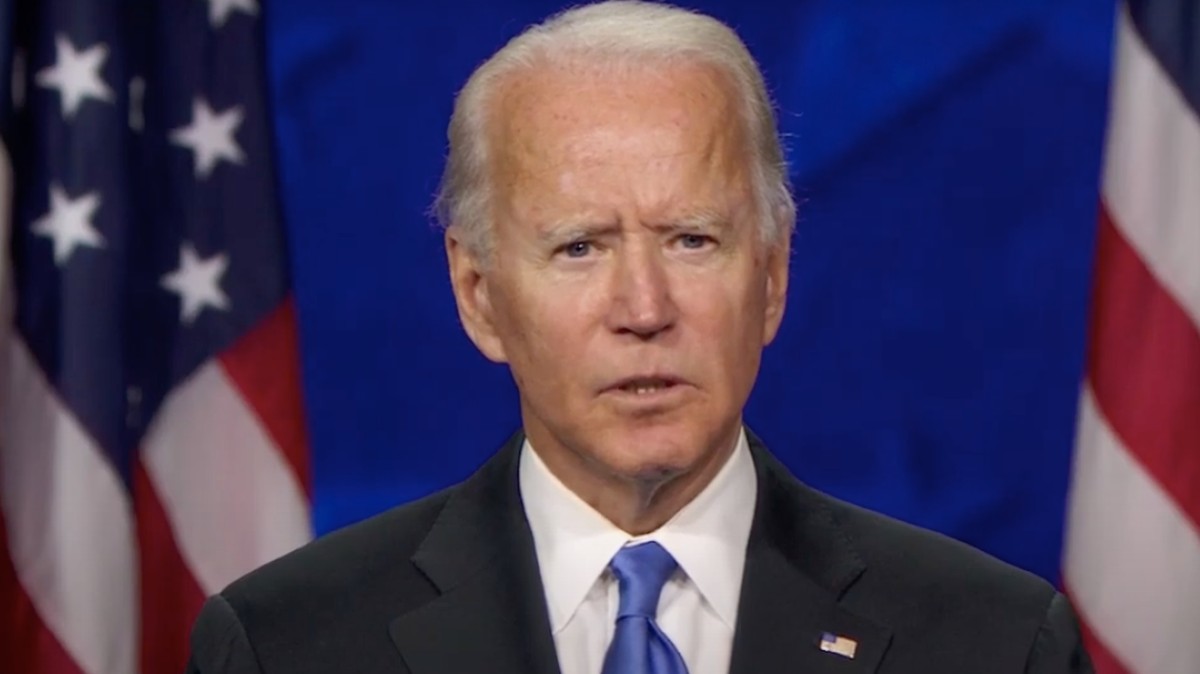 Biden hammered hard on the themes that have defined his presidential campaign — a return to normalcy, competence, compassion and decency — delivering one of his smoothest and most impassioned speeches since he jumped into the presidential campaign more than a year ago as he laid out the stakes of an election held amidst national tragedy.

The simple promise: A return to decency and a reconstruction of an America wracked by division and gutted by an incompetent response to the coronavirus pandemic. And end to “this season of darkness in America.”

“The current president has cloaked America in darkness for far too long. Too much anger, too much fear, too much division,” Biden said early in the speech. “I will be an ally of the light, not the darkness.”

The speech was a culmination of four nights of discussion of Biden’s life story, one forged in pain and highlighted by bipartisan work. Countless people recounted the deaths of his wife and daughter shortly after his election, and his son Beau just a few years ago. Many others talked about how he consoled them when they lost loved ones or were going through their own health problems.

But he, and the convention, made clear to underline the stakes of an election held in the middle of a pandemic that has killed more than 170,000 Americans, a collapsing economy that’s left tens of millions out of work, a country torn apart by racial animus, and one that still hasn’t addressed the growing threat of global warming.

“Four historic crises. All at the same time. A perfect storm. The worst pandemic in over 100 years. The worst economic crisis since the Great Depression. The most compelling call for racial justice since the 60’s. And the undeniable realities and accelerating threats of climate change,” Biden said. So, the question for us is simple: Are we ready?” Biden asked. “I believe we are. We must be.”

Biden made clear responding to the coronavirus would be his topt focus as president — promising to develop a national rapid testing plan and institute a national mask mandate to stop the spread of the disease.

“The President keeps telling us the virus is going to disappear. He keeps waiting for a miracle. Well, I have news for him, no miracle is coming,” he said. “And after all this time, the president still does not have a plan. Well, I do.”

Biden’s speech didn’t veer far from his standard stump speech. Many lines had been used before. But that doesn’t mean it won’t land with the swing voters he’s hoping to reach, and the sliver of progressives who remain skeptical that he’d be much of an improvement over President Trump.

From strident progressives like Bernie Sanders to current and former Republicans like former Ohio Gov. John Kasich, people who worked long with Biden talked about his basic decency and kindness, while a bevy of character witnesses talked about his habit of consoling the hurt and reaching out to the little guy.

Sure, it’s a schtick. But it’s a key part of Biden’s public image and self-image — and with the petty, furious and self-obsessed President Trump as an opponent, it draws a sharp contrast.

Biden also showed why President Obama selected him as his running mate twelve years ago: A fundamental belief that decency and unity can lead the country in the right direction.

Biden’s promise that “while I will be a Democratic candidate, I will be an American president” and promise that “America isn’t just a collection of clashing interests of Red States or Blue States” called back directly to President Obama’s famous declaration at the 2004 Democratic National Convention that “there is not a liberal America and a conservative America — there is the United States of America.”

Biden’s point was made by the Trump campaign’s clapback.

“By accepting his party’s nomination tonight, Joe Biden has formally become a pawn of the radical leftists. His name is on the campaign logo, but the ideas come from the socialist extremists,” Trump campaign spokesman Tim Murtaugh said in a statement after the speech concluded. “Joe Biden is a twice-failed candidate for president and is, without question, a far worse candidate the third time around.”

That Biden delivered a competent, impassioned speech with few flubs could matter. Trump and his allies have sought to smear him as a senile, doddering old man who will be controlled by the hard left. Biden has a solid lead in the polls, but one that’s tightened a bit in the last month.

The speech, and convention, emphasized his personal story more than any particular policies. While Biden hit hard on a defense of Obamacare and promises to enact gun control. But Biden and his party leaned hard not on policy, but on character. November will tell if that bet worked. 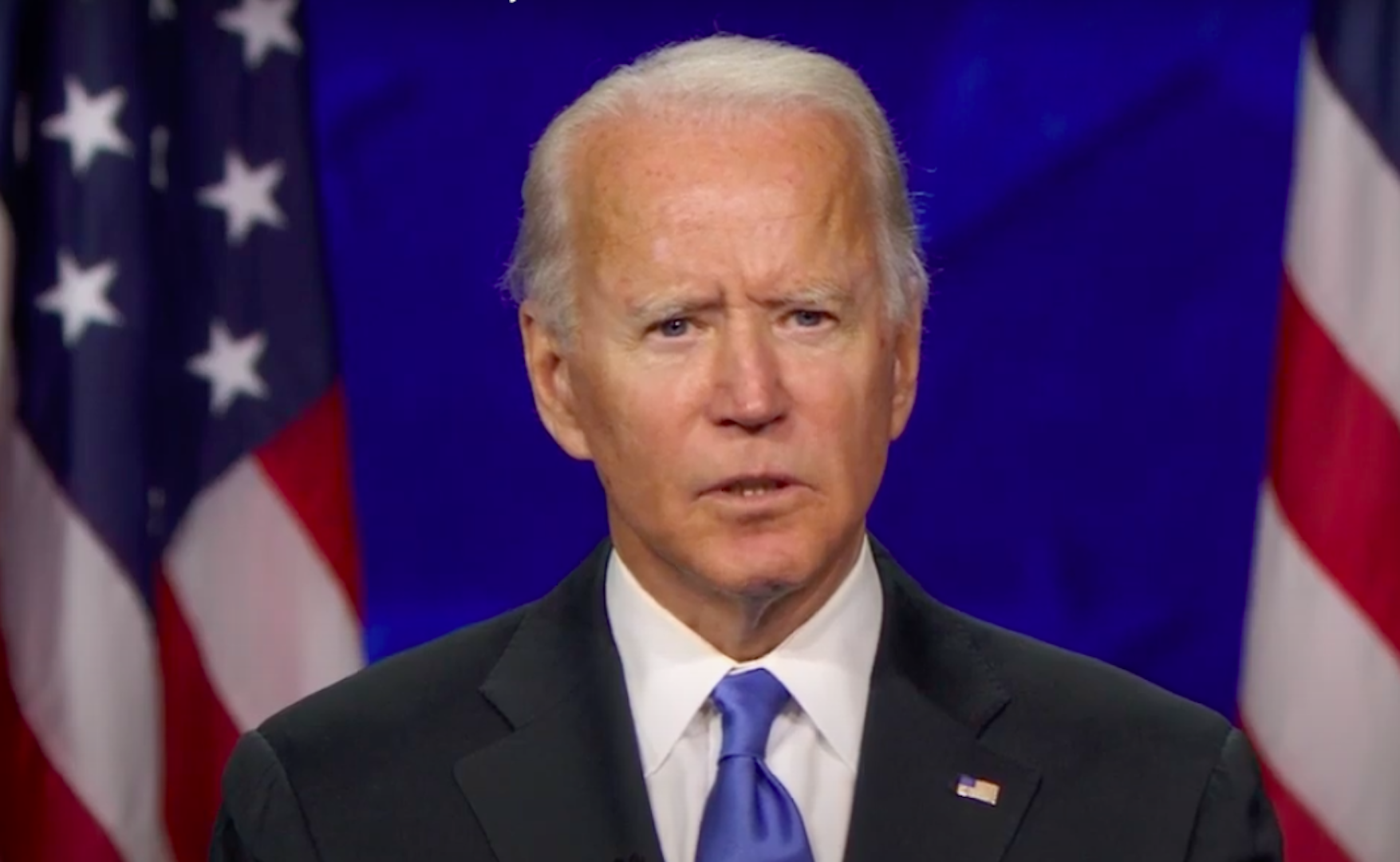 4 Ways Skylights Will Improve The Liveability Of Your Home