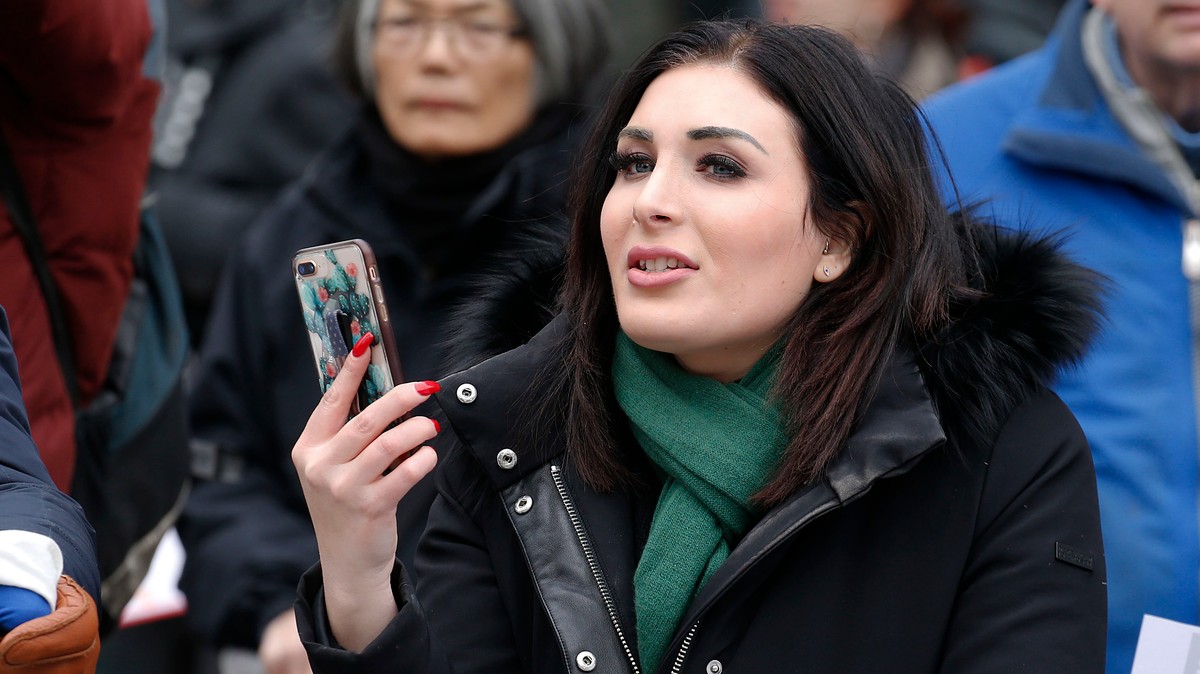 These are just a few of the people who took a gamble on far-right troll Laura Loomer’s political aspirations by pouring thousands of dollars into her bid for Florida’s 21st Congressional District — which is home to Mar-a-Lago and where President Trump is registered to vote.

Loomer, who has described herself as a “proud Islamophobe,” landed a surprise upset in the GOP primary on Tuesday by beating out five other candidates. But winning in November will be a steep challenge. Hillary Clinton won that district by nearly 20% in 2016, and Loomer is facing Democrat Rep. Lois Frankel, who has won reelection twice.

Still, Loomer has so far managed to out-raise her Democratic opponent. She’s pulled in $1.6 million, compared to Frankel’s approximately $850,000, according to the most recently available FEC filings.

Loomer, who has worked as a correspondent for conspiracy website InfoWars, made a name for herself in far-right and MAGA circles through bizarre publicity stunts and extremely offensive statements. She’s called Islam a “cancer on society” and referred to Muslims as “savages.” She’s also spread baseless conspiracy theories about survivors of school shootings. And after a white supremacist killed 51 people at two mosques in New Zealand last year, Loomer wrote, “Nobody cares about Christchurch. I especially don’t. I care about my social media accounts.”

She even chained herself to the outside of Twitter’s headquarters in New York wearing a T-shirt that said “Stop the Bias” when she lost her account after tweeting Islamophobic remarks at Minnesota Rep. Ilhan Omar.

Loomer’s racism also got her permanently banned from Facebook, which branded her a “dangerous individual.” She’s also banned from PayPal, Venmo, and GoFundMe. Even Uber and Lyft banned Loomer, after she complained how difficult it was to find a non-Muslim driver.

Loomer’s unfiltered bigotry — and the hurdles she faces to win in November — would normally make her an odd choice for political donors looking to shape the future of the GOP. And yet she’s managed to drum up attention among deep-pocketed financiers across the country.

It’s just the latest evidence that the GOP is embracing fringe candidates — and their ideologies. Loomer celebrated her victory on Tuesday night with the likes of Gavin McGinnes, who founded the Proud Boys, a far-right street-fighting gang, and far-right commentator Milo Yiannoupolous. Meanwhile, Marjorie Taylor Greene — a QAnon believer who won the GOP nomination in Georgia’s 14th district — took to social media to congratulate Loomer, whom she described as her “great friend.” Loomer also got a de-facto endorsement from President Trump himself, in the form of a tweet.

Among Loomer’s donors is Jolene Cherry, a top music industry executive based in Los Angeles who famously discovered Lady Gaga and has worked with Sony and Universal. Public records indicate that Cherry donated to Barack Obama and the Democratic National Committee in 2008 and 2012. She didn’t make another donation in her name again until last year, when she gave money to Trump, the Republican National Committee, Rep. Steve Scalise, and Rep. Devin Nunes.

But the biggest check she wrote was to Loomer, for the maximum single-donation amount of $2,800. (People, however, are allowed to donate to both the primary and general election campaigns.)

Loomer also received a total of $11,200 from recycling mogul Anthony Lomangino and his wife. The Lomanginos are members of Mar-a-Lago and stalwart supporters of the president. They even gave $150,000 to a legal defense fund for Trump associates who got caught up in Special Counsel Robert Mueller’s investigation into the campaign’s possible ties to Russia, according to Politico.

But many of Loomer’s major donors also have ties to organizations and individuals that have been accused of peddling Islamophobia.

Take Myron Zimmerman, for example, a real estate mogul from San Francisco who contributed $2,800 to Loomer’s campaign. Through his MZ Foundation, Zimmerman has given tens of thousands of dollars to the David Horowitz Freedom Center and American Freedom Defense Initiative (also called “Stop Islamization of America”), both of which are designated as hate groups by the Southern Poverty Law Center.

Tech billionaire Robert Shillman and his wife June gave the maximum of $11,200 to Loomer. Shillman is a major donor to GOP organizations and candidates — and also sits on the board of the David Horowitz Freedom Center. Shillman was part of a vast financial network supporting Tommy Robinson, a far-right anti-Islam activist in the U.K, according to a 2018 investigation by the Guardian. Shillman reportedly bankrolled a fellowship for Robinson with Rebel Media, a far-right Canadian media company, on a salary of about $6,700 per month. Shillman has also given money to Geert Wilders, a far-right Dutch politician who in 2016 was found guilty of inciting violence against Moroccans.

Some of Loomer’s supporters have stirred controversy and outrage over the years. For example, she received generous donations from Steven Alembik, a Republican activist in Boca Raton, Florida, who went on a racist tirade against Obama online and called him a “FUCKING MUSLIM N—–.”

Alembik, a data and email services provider, gave $20,000 to help get Florida Gov. Ron DeSantis elected in 2018 and even helped set up a speaking appearance for him at Mar-a-Lago. But DeSantis had to distance himself from Alembik after he went after Obama. Alembik, who is white, later complained about what he saw as a double standard when it came to using the n-word. “So somebody like Chris Rock can get up onstage and use the word and there’s no problem? But some white guy says it and he’s a racist? Really?” Alembik told Politico.

Connecticut-based Lydia Brimelow, who donated $2,800 to Loomer’s campaign, is listed as an advancement officer for VDARE, an anti-immigration blog founded by her husband, Peter. VDARE, which is permanently banned from YouTube for violating its policies on hate speech, has been accused of trafficking in anti-immigrant hate and publishing white nationalist writers.

“Nobody understands censorship and deplatforming issues like Laura. She’s an immigration patriot, and I trust her passionate persistence. Her defiance of guilt-by-association is truly liberating,” Brimelow told VICE News via email. “She stands for what I care about and she treats me like a human being, unlike most public figures in America today.”

When asked what they liked about Loomer or her views, none of the other people mentioned in this article responded. 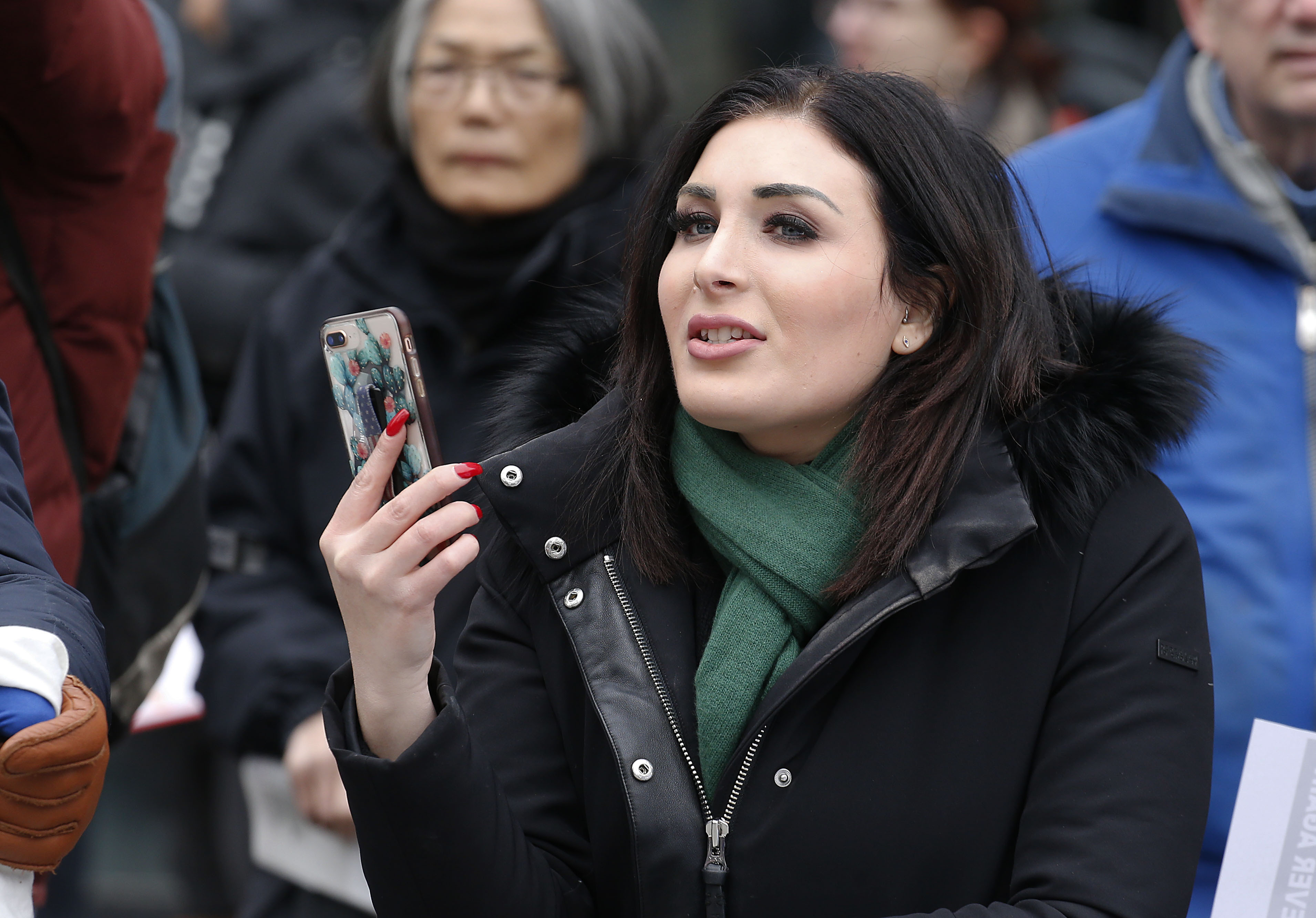 You Love Him! Organize Surprise New Year Celebrations for Him

Coronavirus: Oxfam to start reopening in England from 15 June