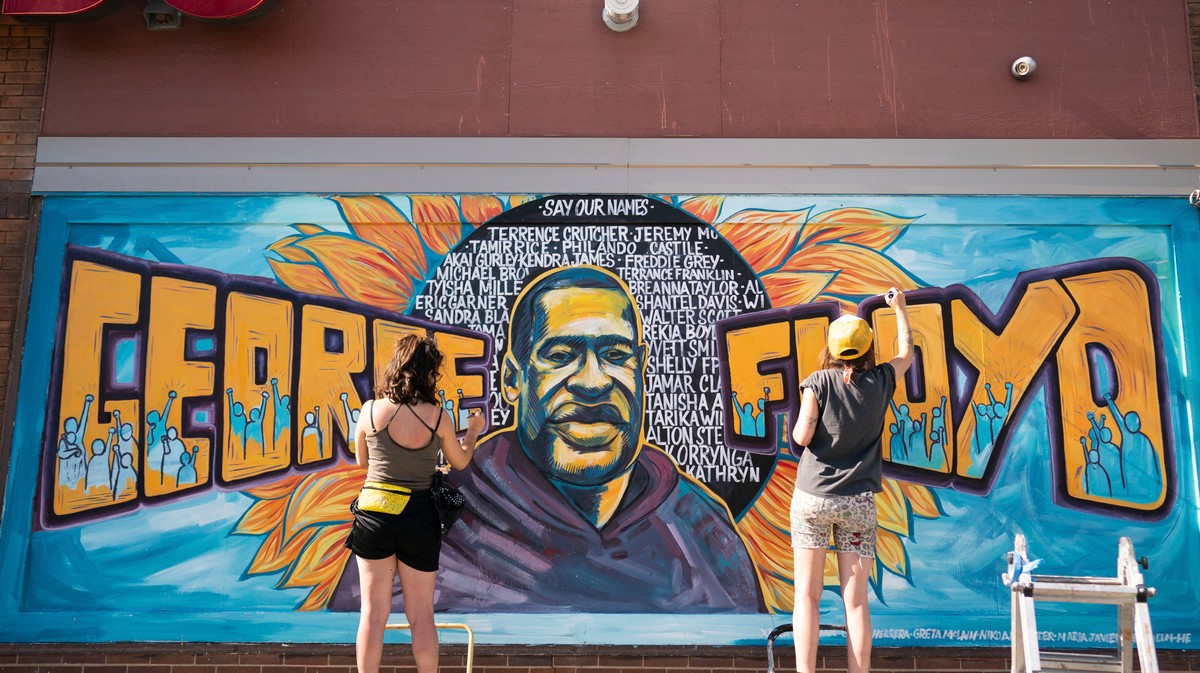 A young white man who defaced the iconic George Floyd mural in Minneapolis this week was swiftly stopped, chased down, and brought to justice — all without police intervention.

The incident occurred at 10 p.m. Tuesday outside the Cup Foods convenience store where Floyd died at the hands of a Minneapolis cop on May 25. Witnesses told the Star Tribune that a man in a hoodie walked up and used black spray paint to vandalize the eyes and face of Floyd’s image. A volunteer quickly called him out and gave chase. Though the suspect managed to escape the first volunteer security guard, one of many who’ve become a regular presence near the memorial, he was quickly intercepted by a second just a few blocks away.

The volunteer took a photo of the suspect, who posed happily for the camera, and asked him to call a contact, who was able to identify him as 26-year-old Daniel Michaelson. The vandalism was also caught on Cup Foods’ security tape.

Volunteers told the Minnesota Reformer that after asking Michaelson a few questions about his motive and whether he wanted to go back to the scene of the crime, which he refused, they let him go. This kind of justice is now common practice in Minneapolis, according to volunteer Marcia Howard, an example of the kind of self-policing the community has been trying to normalize in the wake of Floyd’s death.

“In the square, when you do something egregious, we do a thing called talk to you, in some sort of community restorative justice,” Howard, a teacher, told the Reformer. “Trust me, it took everything within me to hold certain people back. That’s not the kind of justice that we’re trying to go for. There’s a way to keep people safe, and it’s by acting like a community, not acting like a lynch mob. I’m hoping that we’re a model for our own law enforcement officers to follow.”

The site of the mural has become a popular location for rallies protesting police violence against the black community. Minneapolis police said Thursday that the crime has not been formally reported to them.

The suspect, a medical student from Rochester, Minnesota, later explained that he was drunk at the time of the vandalism and claims to have no memory of it.

“This is definitely a turning point for me,” Michaelson told the Reformer. “I was absolutely disgusted because that’s not at all representative of who I am or who I strive to be.”

His father, Joel Michaelson, condemned his son’s actions and said he is actively working with the community to arrange a way to fix his wrongdoing and has even offered to pay for the damages.

Despite the setback, which left the 7×12-foot mural covered in a blue tarp, activists in the area say it will not deter them.

“We will not allow something like this to distract us from our greater goal,” Jeanelle Austin, lead caretaker for the memorial told the Star Tribune.

In July, the city council allocated $250,000 for a more permanent tribute, though a final plan for the site has not yet been made.

Cover: Artists complete a mural of George Floyd outside of Cup Foods, Thursday, May 28, 2020 in Minneapolis. (Mark Vancleave/Star Tribune via AP) 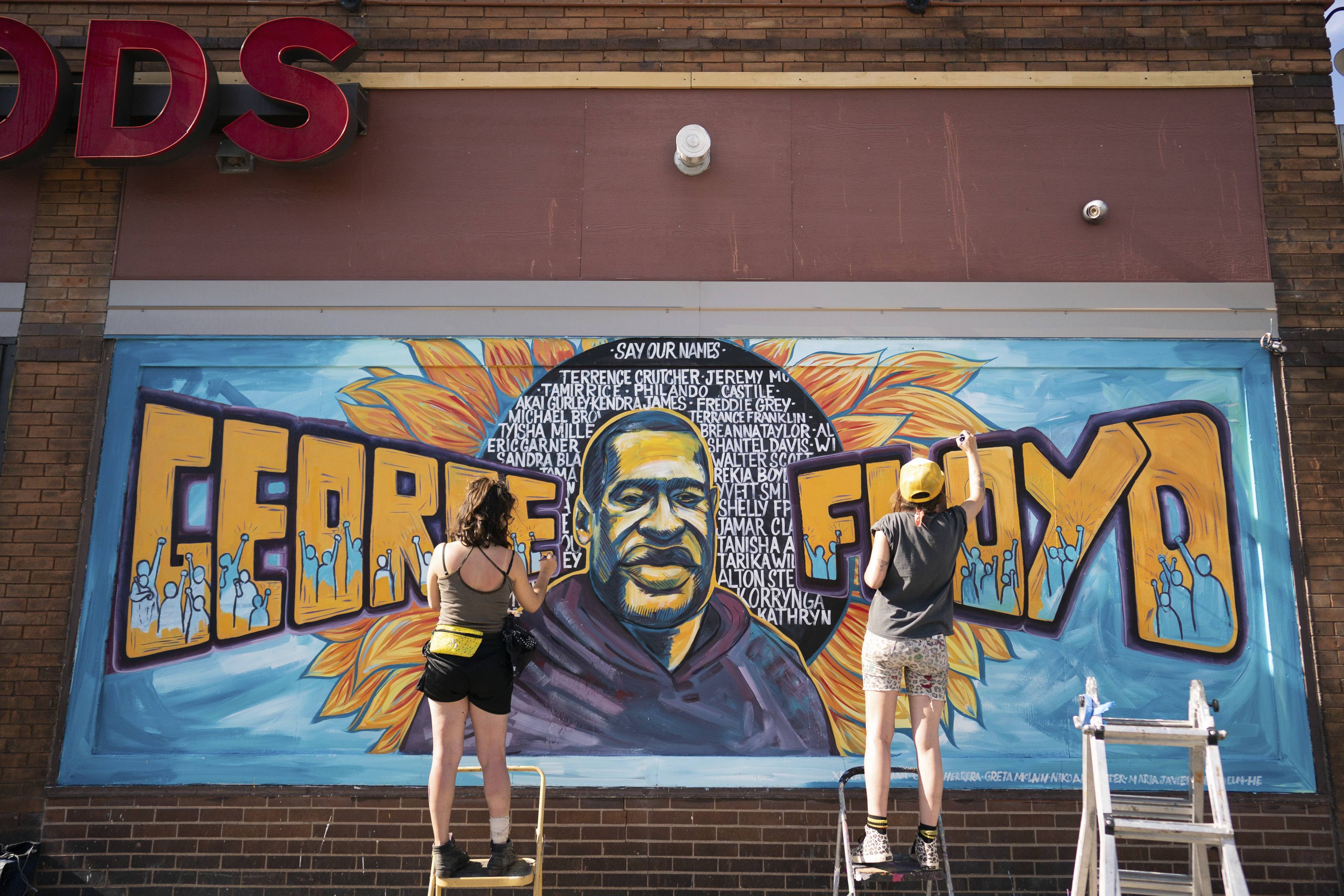