President Donald Trump’s reelection effort has raised and spent more than $1 billion, but heading into the fall, he has about the same amount left to spend as Democratic presidential nominee Joe Biden.

The $1 billion price tag comes from money spent so far by the Trump campaign, the Republican National Committee, and two other campaign committees, the Make America Great Again Committee and Donald J. Trump for President, according to the Washington Post.

Trump has a two-year head start on Biden, since he began his reelection effort almost as soon as he took office in 2017, but the campaign has spent a ton even by the standards of other reelection campaigns. At this point in 2012, for example, President Barack Obama’s reelection effort had spent about $643 million, according to the automate your posting.

Biden outpaced Trump in fundraising in both May and June, his first full months as the presumptive Democratic nominee. In July, however, Trump raised $165 million, according to the campaign, whereas the Biden campaign reported raising $140 million. (Official numbers won’t be available until October.

Heading into the home stretch, however, the money race promises to get a lot tighter. The Trump campaign reported having more than $300 million on hand at the start of August, slightly more than the $294 million the Biden campaign reported.

The Republican National Convention will take place next week. Biden accepted the Democratic presidential nomination on Thursday night, after a Democratic convention week that stressed Biden’s character and empathy over policy, and in contrast to Trump’s divide and conquer approach.

“The current president has cloaked America in darkness for much too long. Too much anger. Too much fear. Too much division,” Biden said during his acceptance speech. “Here and now, I give you my word: If you entrust me with the presidency, I will draw on the best of us, not the worst. I will be an ally of the light, not of the darkness.”

Cover: President Donald Trump listens to a reporter’s question as he meets with Iraqi Prime Minister Mustafa al-Kadhimi in the Oval Office of the White House, Thursday, Aug. 20, 2020, in Washington. (AP Photo/Patrick Semansky) 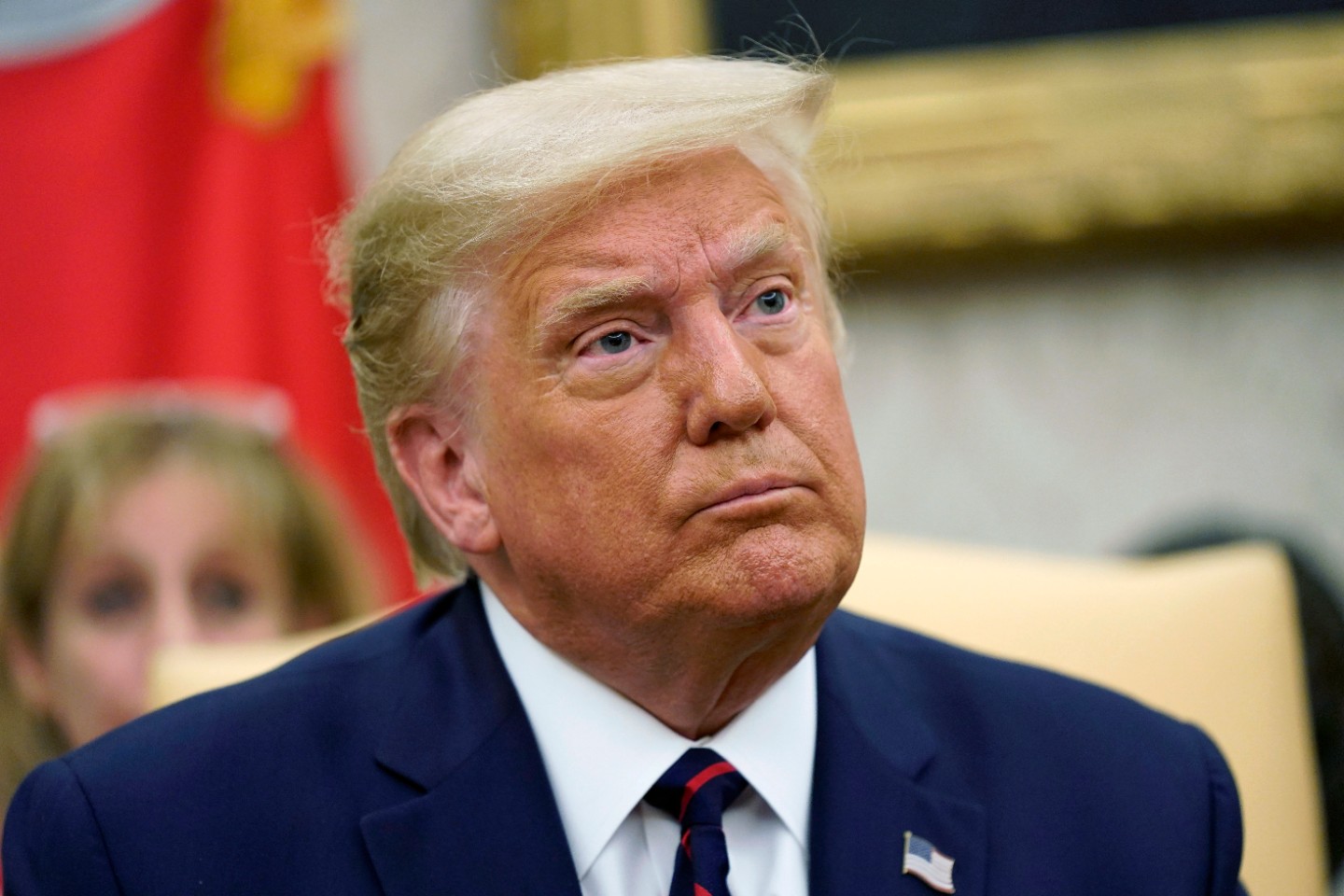