Bearing witness to the historic reckoning with systemic racism, and amplifying dialogue to drive change that delivers on the promise of racial equality.

Kenosha, Wisconsin, is gearing up for its second night of protests after the police shooting of Jacob Blake, the Black man who was gunned down by local officers Sunday in front of his children.

Blake is in a stable condition after undergoing surgery Sunday night, according to the Milwaukee Journal Sentinel.

Hundreds of demonstrators swarmed a boarded-up government building when a press conference that was initially supposed to be held at a public park Monday was suddenly moved indoors with limited access, according to the Milwaukee Journal Sentinel.

The press conference, where Mayor John Antaramian and local civil rights advocates were set to speak about the shooting, was reportedly relocated over the size of the crowd, according to the Sentinel.

Already, thanks to an authorization from Wisconsin Gov. Tony Evers, 125 members of the Wisconsin National Guard were heading to Kenosha after Sunday’s demonstrations led to fires at a local car dealership and damage to another county government building.

Antaramian talked to the demonstrators outside the Kenosha County Public Safety Building before ultimately heading inside. One protester said his words were “not even valid,” according to a video of the tense exchange posted to Twitter by The Recount, a news site. Other protesters, meanwhile, called upon the crowd to listen to the mayor, according to videos of his remarks.

“Kenosha has a history of doing the right thing,” Antaramian told demonstrators, according to the Wall Street Journal.

“That’s a lie,” a protester responded.

The crowd wasn’t able to follow him as he eventually retreated to the news conference. Some protesters attempted to block his way indoors, though, according to the Journal. A door to the building was broken off its hinges before officers in riot gear met the protesters with pepper spray, hitting a small group of 5 to 10 people that included photojournalists, according to the Journal Sentinel.

One person can be heard screaming “you racist bastards!” on a livestream posted by WFLD, a Fox affiliate in Chicago.

“Our heart goes out to Jacob Blake’s family,” Antaramian said once he was indoors, while also condemning the rioting Sunday. “I cannot think of anything that is harder than what just occurred to them.”

By about 4:30 p.m. local time, the crowd of demonstrators was marching throughout the city, according to the Journal Sentinel.

Blake’s shooting was captured on a bystander cell phone video, which showed two police officers trailing Blake with their guns drawn as he walked toward a silver SUV. Three of Blake’s children were inside the car, Laquisha Booker, his fiance, told WTMJ-TV, a Milwaukee NBC affiliate.

In the video, one officer appeared to grab Blake by the edge of his white tank top as the 29-year-old reached into the vehicle. Seven gunshots rang out, although it’s unclear whether both officers fired or how many gunshots struck Blake. He was facing away from the officers.

A woman stood nearby, screaming.

The camera panned briefly, revealing a third officer standing a few feet away with their gun drawn. That’s where the 18-second video ends. It’s unclear whether other officers were present. Kenosha police officers don’t wear body cameras, according to the Associated Press, although Antaramian said Monday that they’re scheduled to be purchased in 2022.

Politicians including Democratic presidential nominee Joe Biden and his pick for vice president, Sen. Kamala Harris, quickly pleaded for accountability and investigations into the officers’ actions Monday as the video of Blake’s shooting gained traction nationwide.

Evers, a Democrat, also said in a news conference Monday that he’d call a special session of the state’s legislature so officials there could push through the slate of “common-sense” police reform policies. Wisconsin ​Lt. Gov. Mandela Barnes said in the same news conference that the police shooting was “not an accident” or a result of poor policing. Instead, he said it felt like “some sort of vendetta.”

Where the case stands

Ben Crump, the renowned civil rights attorney that’s already representing the families of George Floyd and Breonna Taylor after nationwide unrest over their deaths at the hands of police, announced Monday that he’d also been hired by Blake’s family. Crump said that Blake was walking away to check on his children before he was shot.

“We all watched the horrific video of Jacob Blake being shot in the back several times by Kenosha police,” Crump said in a statement. “Even worse, his three sons witnessed their father collapse after being riddled with bullets.”

Both the local police department and state authorities have provided few details about the lead-up to the shooting, though, apart from saying that officers were initially responding to a domestic incident.

Several witnesses told the Kenosha News that Blake was trying to break up a verbal argument between two women before he was shot, and that officers had attempted to deploy their Tasers on him. It’s unclear, however, whether he was armed, whether he knew the two women, or why the officers were following him to his car in the first place. According to CNN, a dispatcher said in a 911 call that Blake had taken someone’s keys and wouldn’t leave, and that he “wasn’t supposed to be there.”

According to the Associated Press, the person who recorded the viral video, Raysean White, heard officers tell Blake to drop a knife. White did not see the knife himself.

Additionally, Blake had been charged with sexual assault, disorderly conduct, and trespassing last month, resulting in an arrest warrant, according to the Associated Press, although it wasn’t clear whether those charges had anything to do with Sunday’s shooting.

It’s also unclear whether the unnamed officers seen in the video have prior disciplinary records, but they’ve been placed on administrative leave since Blake’s shooting, according to the Wisconsin Department of Justice, which announced an investigation early Monday morning after anti-racism protests swept the majority-white lakeside city of nearly 100,000 people.

It’s up to Kenosha County’s District Attorney to determine what charges, if any, the officers should face over the shooting.

Local police officials and Republicans leaders, meanwhile, have cautioned against a rush to judgement.

“As always, the video currently circulating does not capture all the intricacies of a highly dynamic incident,” Pete Deates, president of the Kenosha Professional Police Association, said in a statement Monday. “We ask that you withhold from passing judgement until all the facts are known and released.”

Cover: People gather in front of the Kenosha County Court House to protest against the police shooting of Jacob Blake on August 24, 2020 in Kenosha, Wisconsin. (Scott Olson/Getty Images) 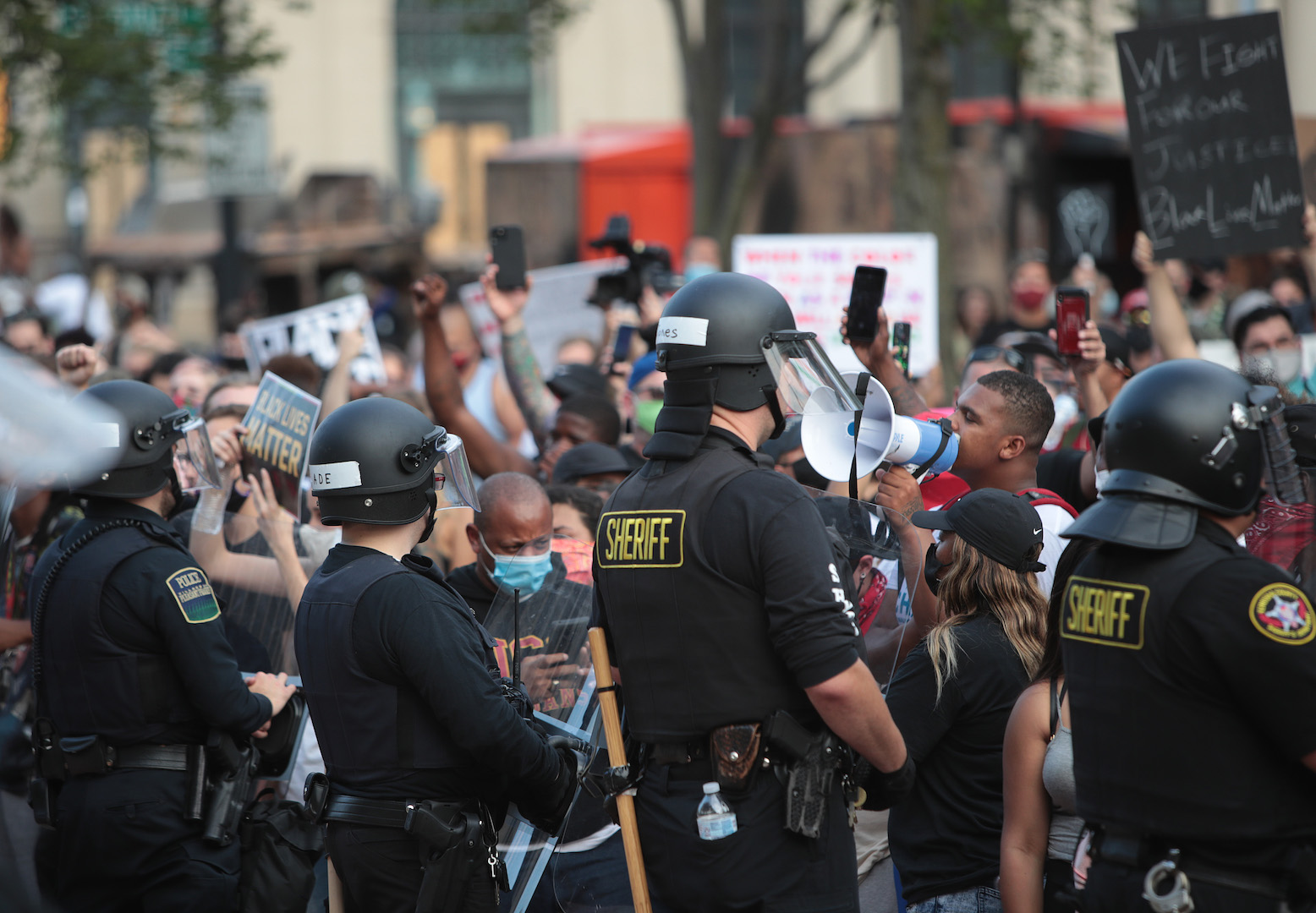 Wages back above pre-economic crisis levels

How To Open A Beauty Salon in 8 Simple Steps