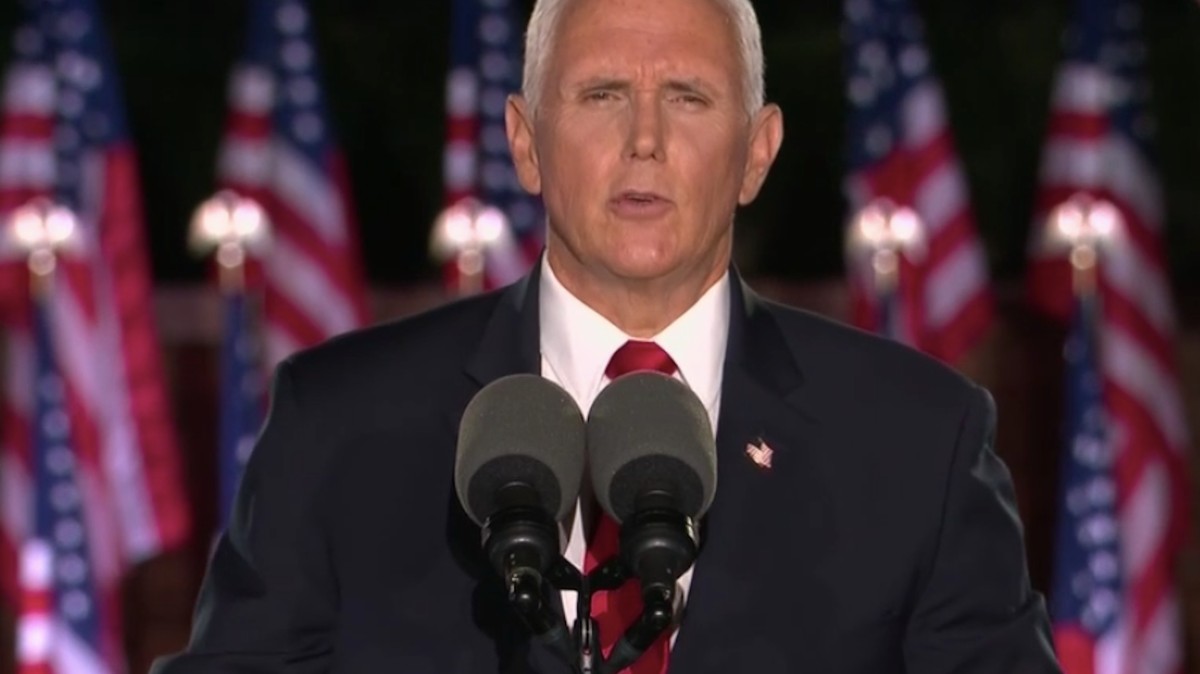 Vice President Mike Pence opened his Republican National Convention speech Wednesday by slamming Joe Biden for seeing a “season of American darkness” — then pivoted into a dark and deceptive warning about the dangers of a Biden presidency.

Pence falsely claimed that Biden supports defunding the police. He argued that President Trump is the only one who can ensure peace and order in America, even as under Trump’s presidency violence and racial tensions have skyrocketed. He claimed the famously moderate Biden was a socialist, and argued that Trump would defend peaceful protest just months after Trump teargassed peaceful protesters in front of the White House. But most of all, he warned that Americans would face violence if Biden won.

The goal: Scaring enough Americans that the faceless mob is coming for them to buy himself and Trump another four years in power.

“The hard truth is, you won’t be safe in Joe Biden’s America. Under President Trump, we will stand with those who stand on the thin blue line, and we’re not going to defund the police – not now, not ever,” Pence said.

“Last week, Joe Biden didn’t say one word about the violence and chaos engulfing cities across this country,” Pence continued. “Let me be clear: the violence must stop, whether in Minneapolis, Portland, or Kenosha. Too many heroes have died defending our freedoms to see Americans strike each other down. We will have law and order on the streets of America.”

Pence didn’t bother mentioning that the protests in Minneapolis and Kenosha had been triggered by police shootings of unarmed Black men, or that a white Blue Lives Matter enthusiast has been arrested for the alleged murder of two protestors in Kenosha on Wednesday.

After a summer of “say their names,” Pence never uttered the names of George Floyd, Breonna Taylor or Jacob Blake.

The only victim he did mention was Department of Homeland Security Officer Dave Patrick Underwood, who Pence said was “was shot and killed during the riots in Oakland, California” — conveniently failing to mention that he was killed by a right-wing extremist Boogaloo Boi who used a peaceful nearly Black Lives Matter protest as cover.

“President Trump and I know the men and women that put on the uniform of law enforcement are the best of us. They put their lives on the line every day,” he said.

That argument worked for Trump in 2016 with just enough voters to put him in the White House. But it’s striking that the entire Republican Party is claiming that occasional violence and occasional looting that have broken out around the country alongside largely peaceful civil rights protests can only be alleviated if Trump stays in office — even as these problems have dramatically worsened during Trump’s presidency.

South Dakota Gov. Kristi Noem (R) warned that “Democrat-run cities across this country are being overrun by violent mobs” while “hard-working Americans – are left to fend for themselves.”

Sen. Marsha Blackburn (R-Tenn.) warned that Democrats are trying to “cancel our heroes” and defund the police.

Trump has trailed Biden in national and swing-state polls for months. Pence, Trump and the GOP see their best and only option to pull off another upset win is to scare the hell out of the voters they need to win back — and are giving it their best shot at their party convention. 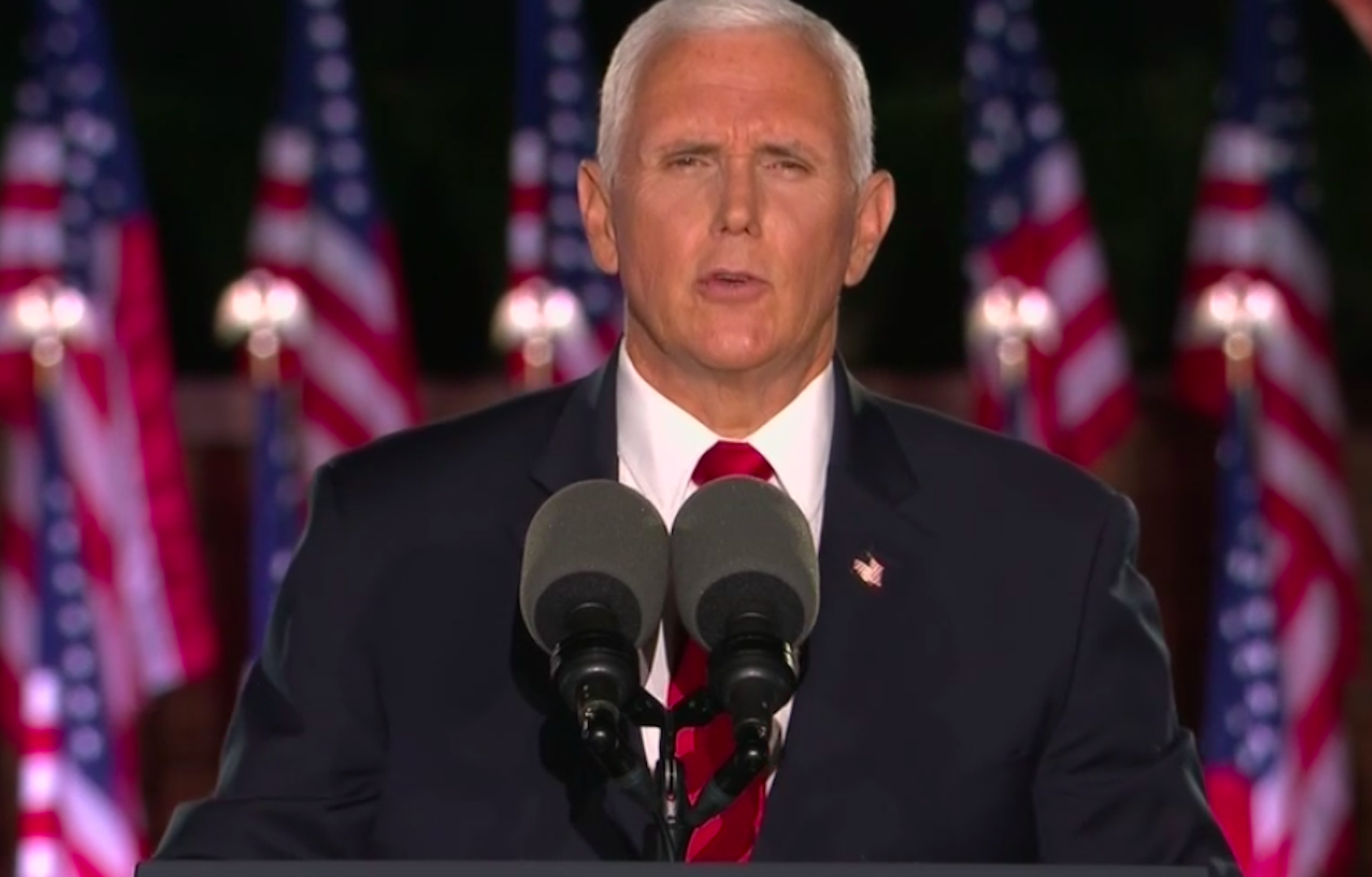 ‘My spending has gone up, not down, in lockdown’

‘Clothes are torn, worn out – I can’t find work gloves’