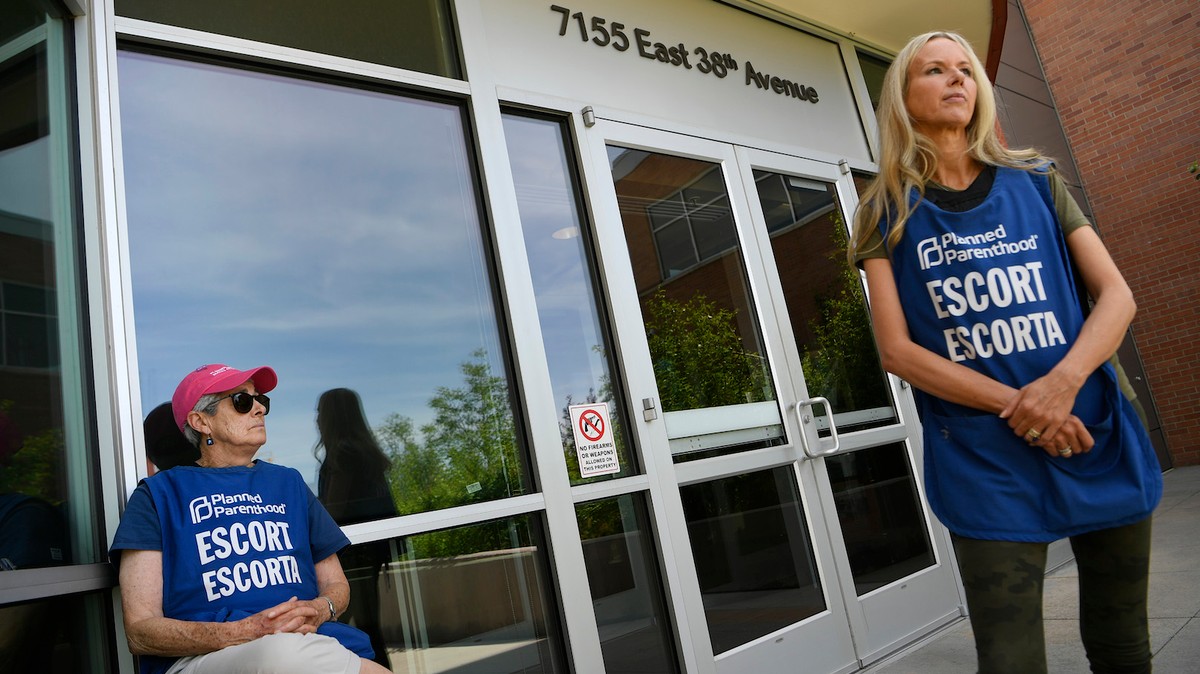 When the Trump administration demanded that Planned Parenthood groups return the loans they’d secured from a $660-billion coronavirus relief fund, it argued that the reproductive health care giant was simply too big to qualify.

The Paycheck Protection Program was intended to help small businesses that employ fewer than 500 people survive the devastation of the coronavirus pandemic. When Congress crafted the program, anti-abortion Republicans crowed that Planned Parenthood would not be eligible.

Now, those Republicans want it back. Dozens of GOP senators have signed onto at least two letters — including one to Attorney General William Barr — demanding that the Trump administration investigate how these groups received the money.

“The Paycheck Protection Program established by the CARES Act was designed by Congress to help struggling small businesses and nonprofit organizations by giving them access to low-cost loans for expenses like keeping their employees on payroll during this pandemic,” read one of those letters, helmed by Arkansas Sen. Tom Cotton and signed by 26 other senators in May. “It was not designed to give government funds to politicized, partisan abortion providers like Planned Parenthood.”

But VICE News found that multiple nonprofit networks that are structured similarly to Planned Parenthood — including the YMCA, United Way, and Goodwill — have also seen their local chapters receive millions in coronavirus relief. None of the national offices of these organizations are aware of any local chapters that have been asked to return the money.

“This has never been about eligibility — it’s been about politicians exploiting a pandemic.”

“This has never been about eligibility — it’s been about politicians exploiting a pandemic to try and spread disinformation, block access to care, and ban safe, legal abortion,” Adrienne Verrilli, vice president for communications for Planned Parenthood Action Fund, told VICE News in an email. “Now is the time for everyone to come together to address this pandemic, not for uninformed political attacks on access to essential health care.”

Back when the Paycheck Protection Program was first created, in April, experts told VICE News that they believed Planned Parenthood could be blocked from the fund altogether. The wording of the bill, they said, handed the Small Business Administration broad latitude to determine whether the 49 Planned Parenthood affiliates scattered across the country would be counted as individual organizations or lumped together.

Each affiliate is incorporated as a 501(c)(3) nonprofit separate from Planned Parenthood Federation of America, the network’s parent organization, and manages its own health centers within a geographic region. These affiliates also maintain their own leadership and file their own tax documents. And while many employ fewer than 500 people, grouping these affiliates together would push them beyond that limit and render them ineligible for aid.

Affiliates must be certified by Planned Parenthood Federation of America, for example, and abide by a set of standards. If the affiliate was found to have lied on its application for a loan, it could face criminal penalties, the Small Business Administration warned.

Planned Parenthood maintains that its affiliates are independent enough, based on the agency’s own standards. And Planned Parenthood’s structure is far from unusual among nonprofits that maintain nationwide networks. Boys and Girls Clubs, for example, are also independently incorporated as 501(c)(3)s, while the clubs’ parent organization, the Boys and Girls Clubs of America, requires that its clubs follow a set of standards set by its national council or risk getting kicked out.

More than 300 local Boys and Girls Clubs amassed at least $104.8 million and as much as $258.3 million through the Paycheck Protection Program, VICE News found. (Records kept by the Small Business Administration describe the range of each Paycheck Protection Program loan, rather than its exact size.) The Boys and Girls Clubs of America also originally secured a loan, although that loan was ultimately returned because the organization had other funds it could use to stay afloat.

“Thanks to much-needed funds from the Paycheck Protection Program, Clubs have been able to support/retain our nonprofit workforce and continue to provide vital services to youth and families,” the Boys and Girls Clubs of America told VICE News in an email. “This much needed stopgap to help Clubs experiencing financial hardships due to this pandemic was essential.”

In emails to VICE News, representatives for the YMCA, YWCA, Goodwill, and United Way all confirmed that they did not know of any local chapters that had been asked to return their Paycheck Protection Program loans. All of these organizations include local 501(c)(3)s that operate, with a large degree of autonomy, beneath a national parent group.

Some of these organizations’ parent organizations also received money from the Paycheck Protection Program. Goodwill Industries International, for example, received a loan for somewhere in the range of $2 million and $5 million. A representative for Goodwill Industries International confirmed that the group had also not been asked to return its loan.

Brian Newberry, CEO of the Girl Scouts of Eastern Washington and Northern Idaho, called the Paycheck Protection Program “a flawless process for us.”

Like Planned Parenthood affiliates, local Girl Scout councils are incorporated as 501(c)(3)s, but Newberry said his council hadn’t been asked to return its loan of $356,000. The Girl Scouts of the USA didn’t reply to a VICE News request for comment on whether any of the other 101 councils that received Paycheck Protection Program funds were asked to return them.

“Cookie season is in the springtime frame, so when this all hit, it was devastating for us.”

“Cookie season is in the springtime frame, so when this all hit, it was devastating for us,” Newberry said. “Our finances were on fumes so it literally saved my employees, just as it was meant to.”

The Boy Scouts of America told VICE News in late July that it was not aware of any councils that had been asked to return the money — including the 26 local councils that are currently embroiled in sex abuse lawsuits and collectively garnered at least $8.2 million through the program. In total, 101 local Boy Scout councils collected at least $28.7 million and as much as $71.6 million through the Paycheck Protection Program.

The Small Business Administration declined to comment on this story, as the agency does not comment on individual borrowers.

In May, Stephanie Fraim, CEO of Planned Parenthood of Southwest and Central Florida, told VICE News that her affiliate’s $2 million loan had been a lifeline. Without it, she’d have to explore laying off staff. She may even need to close health centers, which handle about 70,000 patient visits each year.

“At the time that we were getting this loan, the economic uncertainty and our outlook was grim. All U.S. businesses and healthcare providers especially were facing — it was happening so rapidly, businesses were closing so rapidly,” she said.

“That moment was treacherous,” she recalled. “And this loan came along at an important time.” 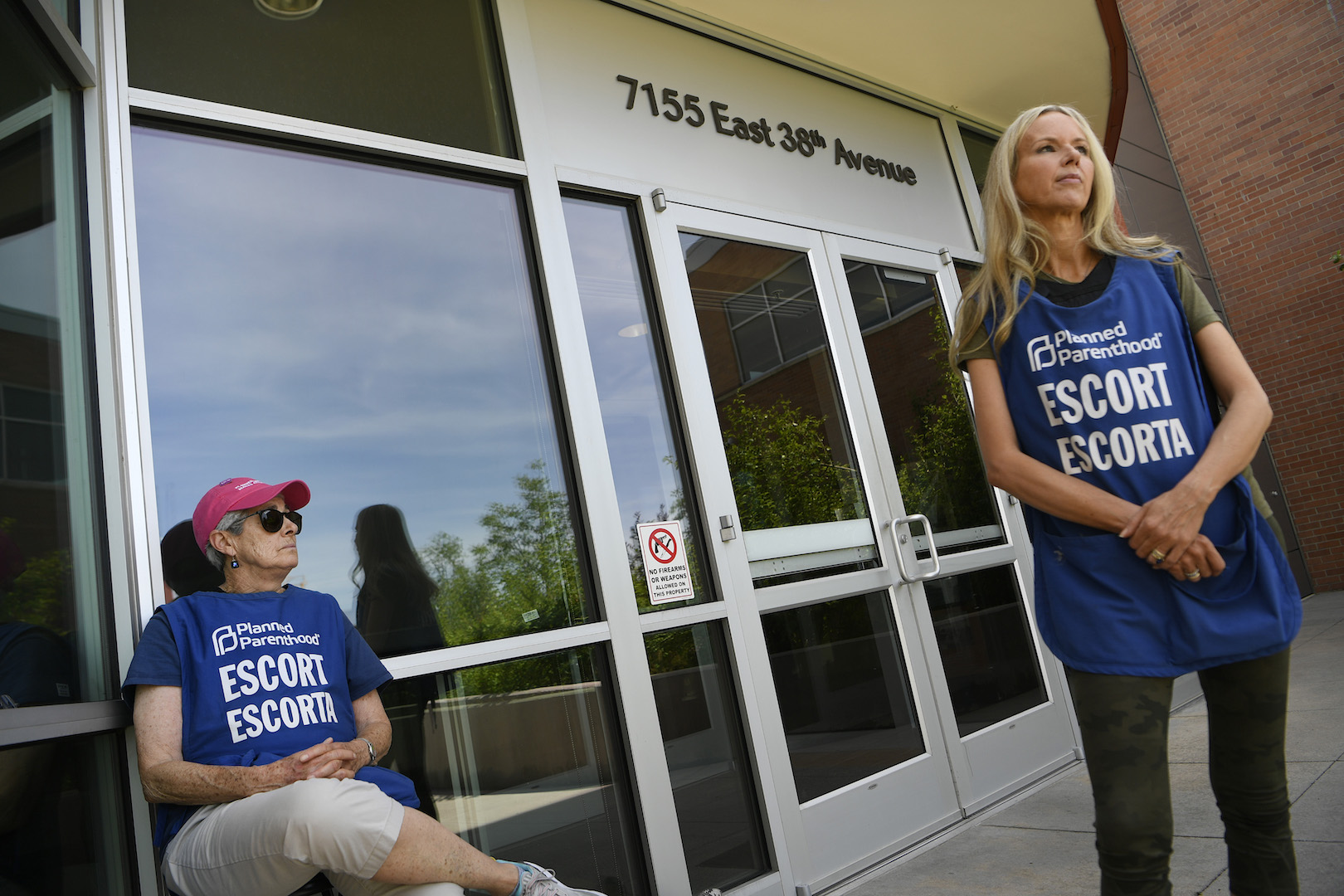 Charlottesville Is Taking Down Racist Statue That Sparked Its Deadly Rally