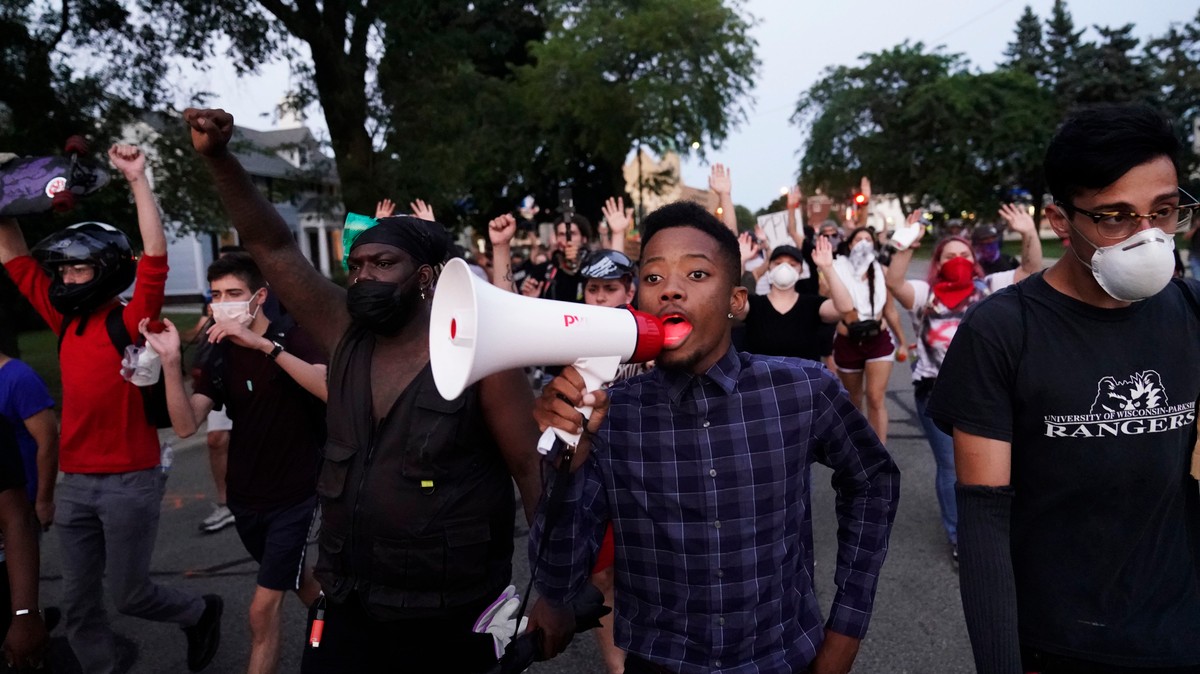 Jacob Blake, the 29-year-old Wisconsin man who was shot in the back by Kenosha police officer Rusten Sheskey, setting off furious protests this week, is being restrained to his hospital bed with handcuffs, his family told CNN.

Blake’s uncle said that when Blake’s father, Jacob Blake Sr., visited his son following his surgery, he was “heartbroken” to discover Blake was handcuffed to the bed. “He is paralyzed and can’t walk and they have him cuffed to the bed,” Justin Blake told CNN. “Why?”

“His first question after he woke up was, ‘Daddy, why did they shoot me so many times?’ former presidential candidate Andrew Yang, who spoke with Jacob Blake Sr., told CNN. Blake was shot seven times. “He wept to his father. He has restraints on even though he can’t move his legs.”

Blake is at least temporarily paralyzed and facing a difficult recovery, his family has said. Sheskey, a seven-year officer of the Kenosha Police Department, shot Blake seven times in the back on Sunday as Blake leaned into his car.

On Thursday, the Wisconsin Department of Justice, which is probing the shooting, released more alleged details of the incident, naming two additional police officers who were on the scene. After responding to a domestic dispute on Sunday evening and attempting to arrest Blake—the DOJ still hasn’t said what the reason for the attempted arrest was—both Sheskey and Officer Vincent Arenas attempted to tase Blake, but their tasers did not work.

Officer Brittany Meronek was also on the scene. Arenas, who had “prior service with the U.S. Capitol Police,” has worked for the Kenosha Police Department since February 2019, and Meronek has been there since January 2020, according to the Department of Justice. All officers involved have been placed on administrative leave.

Protests continued in Kenosha for a fifth night on Thursday, with activists demanding the resignations of Kenosha police chief Dan Miskinis and Kenosha County Sheriff David Beth, according to the Kenosha News.

Protesters referenced the news that Blake was handcuffed to his hospital bed, the Kenosha News said. “We don’t know what the charges are,” Lake County, Illinois activist Clyde McLemore said. “But at the same time, he is paralyzed medically from the waist down. Ain’t no way in the world he can be in handcuffs.”

The protests were largely peaceful, in contrast the Tuesday night shooting that left two protesters dead and another injured. Conservative vigilante Kyle Rittenhouse, a 17-year-old from Lake County, Illinois, was arrested Wednesday and charged with first-degree murder. Rittenhouse is a one-time police cadet whose classmates described as a “ride or die” Trump supporter with a short temper who often threatened others with violence. Video taken before the shootings show cops offering Rittenhouse and other armed vigilantes water and thanking them for being there.

The crowdfunding site GoFundMe said Thursday that it had removed fundraisers for Rittenhouse’s legal defense and refunded donors, according to the Washington Times.

Lawyers from Texas’s Fight Back Foundation said it will be part of Rittenhouse’s legal defense team. The foundation also represented Kentucky teen Nicholas Sandmann in his lawsuits against the media over coverage of a 2019 incident between himself and indigenous activist Nathan Phillips.

Lawyer L. Lin Wood told the Milwaukee Journal-Sentinel that Rittenhouse’s defense “is one of those fronts” that the organization views as essential to defending the Constitution.

During a news conference in Kenosha on Thursday, Bishop Travis Grant of the Rainbow PUSH Coalition questioned why police tolerated Rittenhouse walking around with a gun past the city’s emergency curfew.

“If this was a 17-year-old black male with a loaded weapon, he would not be alive today,” Grant said. 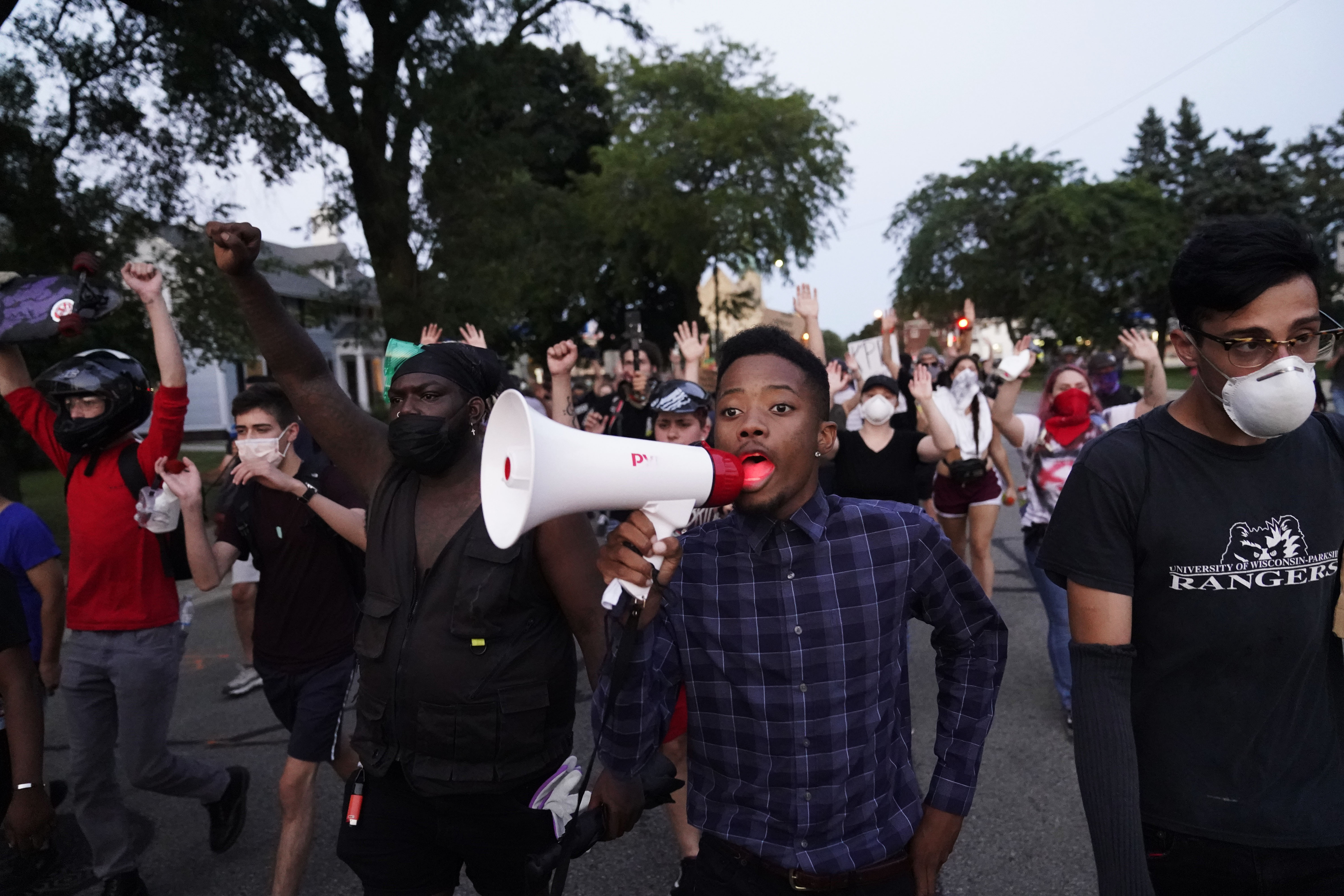 How To Protect Your Professionally Framed Artwork

Trump Is Still Going After Lisa Page, This Time With a Lie About a Restraining Order