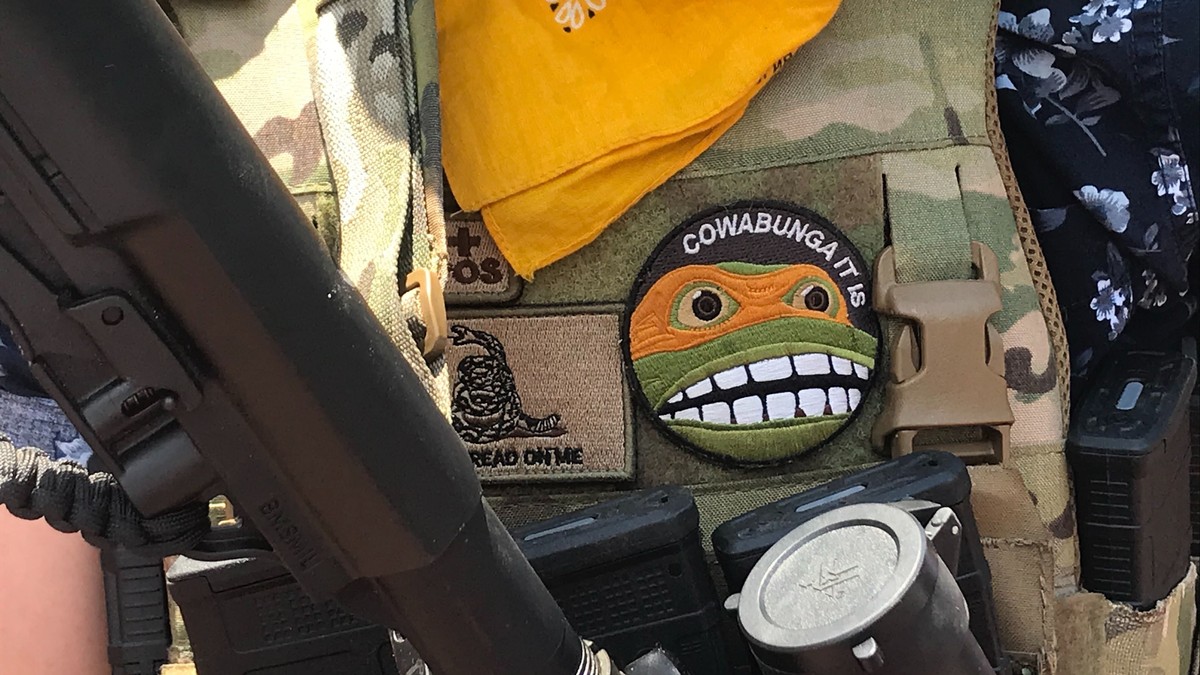 Two self-styled Boogaloo Bois have been slapped with criminal charges for allegedly trying to sell weapons to the Palestinian militant group Hamas.

The men attempted to team up with the Middle Eastern group, which the U.S. has officially labeled a terrorist organization, to take on the U.S. government, a top Department of Justice official said Friday. But they mistakenly contacted an undercover informant instead, and the unlikely alignment of the two far-flung groups was never consummated, officials said.

The indictment presents the bizarre spectacle — weird even by 2020 standards — of an attempted alliance between the sprawling, home-grown, anti-government “Boogaloo Boi” movement and a foreign Islamist organization, with seemingly little in common beyond a rocky relationship with the U.S. government.

“Thinking that they shared the same desire to harm the United States, they sought to join forces and provide support, including in the form of weapons accessories, to Hamas,” John Demers, assistant attorney general for the DOJ’s National Security Division, said in a statement. “They failed.”

The sheer weirdness of the situation wasn’t lost on federal prosecutors.

“This case can only be understood as a disturbing example of the old adage ‘The enemy of your enemy is your friend,’” Demers said.

Since March, the “boogaloo,” which is code for civil war or uprising, has gone from an obscure gun rights meme to a loosely-knit movement that’s pulled in anti-government extremists, jaded Libertarians, shitposters, and a few white supremacists. Adherents, known as “Boogaloo Bois,” have seized on moments of national unrest by showing up to protests clad in their uniform of tactical gear and Hawaiian shirts.

Solomon and Teeter first appeared on the FBI’s radar in May, according to a sworn affidavit by an FBI special agent involved in the case. Intelligence indicated they were discussing “committing crimes of violence and were maintaining an armed presence” at protests in Minneapolis following George Floyd’s death, according to the affidavit.

The FBI obtained social media posts by Solomon, a Minnesota resident, and Teeter, from North Carolina, during the protests.

“Lock and load, boys,” Teeter declared publicly on Facebook on May 26, the day after Floyd’s death. “Boog flags are in the air, and the national network is going off.”

One witness told prosecutors Solomon described himself as being part of the “Boojahideen” (a common pseudonym for “Boogaloo”), and had come to Minneapolis to protect it from “police, white supremacists, and looters.”

Days later, Solomon, Teeter and a third individual had a sleepover at a cooperating witness’ house in Minneapolis. According to court documents, the three guests discussed overthrowing the government, attacking a National Guard armory to steal weapons and “bombs,” and bragged about their large quantities of guns and ammo. These conversations caused their host to become “uncomfortable,” the witness told agents.

By June, Solomon and Teeter were unwittingly chatting to an undercover FBI informant about the possibility of becoming mercenaries for Hamas. They hoped it would be a lucrative opportunity, and they could make enough money to buy land for a Boogaloo training compound and recruit aspiring Boogaloos.

Despite being a relatively new movement, the Boogaloos have managed to make a national impression. They were the topic of a Congressional hearing, and singled out as a national security threat by Attorney General Bill Barr. They also keep getting charged with crimes.

In late May, three Boogaloo Bois were arrested for allegedly plotting to throw explosives into a Black Lives Matter protest in Las Vegas with the goal of sparking a shootout with police. Also in late May, an Air Force staff sergeant with ties to the Boogaloo movement allegedly carried out an ambush attack on federal officers in Oakland, killing one.

Another Boogaloo Boi who’d provided armed security in Texas to businesses that stayed open in defiance of COVID-19 lockdown orders was busted for running an illegal steroid-trafficking ring. And earlier this week a Boogaloo Boi was arrested for sending “profane and threatening” messages that contained Boogaloo references to a public health official in Santa Clara, California. When police searched his house, they found a cache of weapons, ammo, and explosives.

Cover: A man decked out in Boogaloo gear and a gun at a rally in Richmond, Virginia, this summer. Photo by Tess Owen. 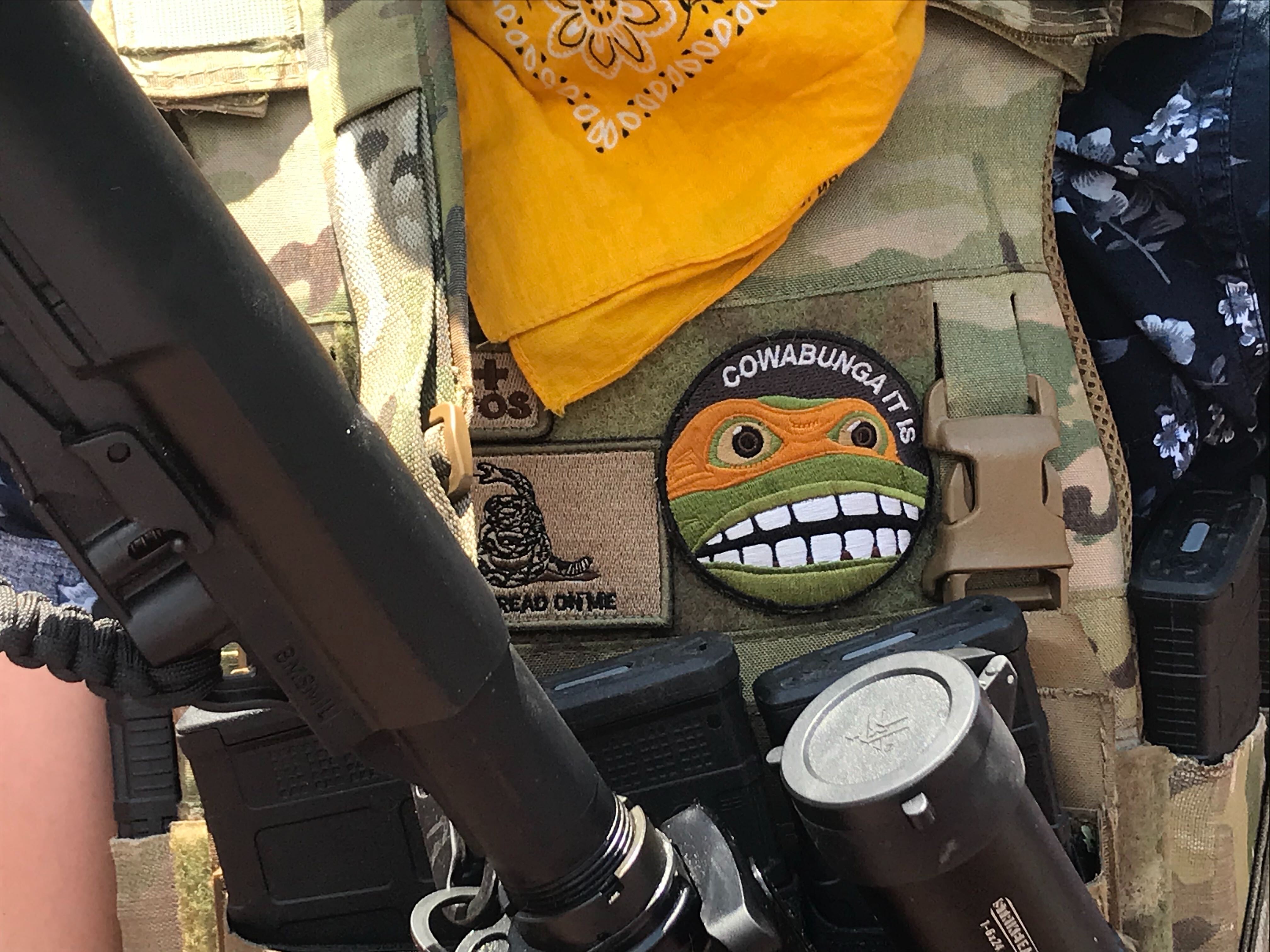 Sofia Vergara is the new face of Dolce & Gabbana