A person drove a car through a crowd of protesters in New York’s Times Square on Thursday night during a demonstration for racial justice and against police brutality, injuring at least one person.

“Are you fucking kidding me?” someone in the video is heard screaming.

Protesters reported on social media that the car was a police escort for a pro-Trump protest. In a tweet, The New York Police Department denied that claim and said that anyone who was injured should come forward.

Police said no serious injuries have been reported but at least one person appeared to hurt their hand, a Twitter account documenting protests in New York said.

No one has been arrested. Police Commissioner Dermot Shea said the department is trying to determine whether a crime was committed. “We are real lucky we didn’t have a vehicle collision with other cars,” he told Fox’s New York City affiliate on Friday morning**.**

The protest was organized in response to the police killing of 41-year-old Daniel Prude in Rochester, in the western part of the state. Prude was killed in March, by officers who held him down after placing a “spit hood” over his head while he was having a mental health crisis. The incident garnered widespread public attention this week after Prude’s family released footage of the arrest.

The Rochester officers were suspended by the city’s mayor on Thursday, but the Rochester Police Department ignored the city council’s request that it show restraint at local protests, where officers fired pepper balls at protesters. Eight people were arrested in Rochester on Thursday night.

The car attack echoes incidents earlier this summer in New York City during protests against the death of George Floyd. In May, NYPD SUVs were filmed driving into protesters in Brooklyn, and in July police released the driver of an SUV who drove through a bike line in Times Square, saying he panicked.

Even after the incident with the car on Thursday night, however, the protest in midtown Manhattan continued into the night, with hundreds of protesters chanting “Black Lives Matter.”

Cover: Several hundred demonstrators gathered for an emergency protest to demand justice for Daniel Prude. Participants gathered at Times Square and marched to Columbus Circle on September 3, 2020 in New York, US. (Photo by Karla Ann Cote/NurPhoto via AP) 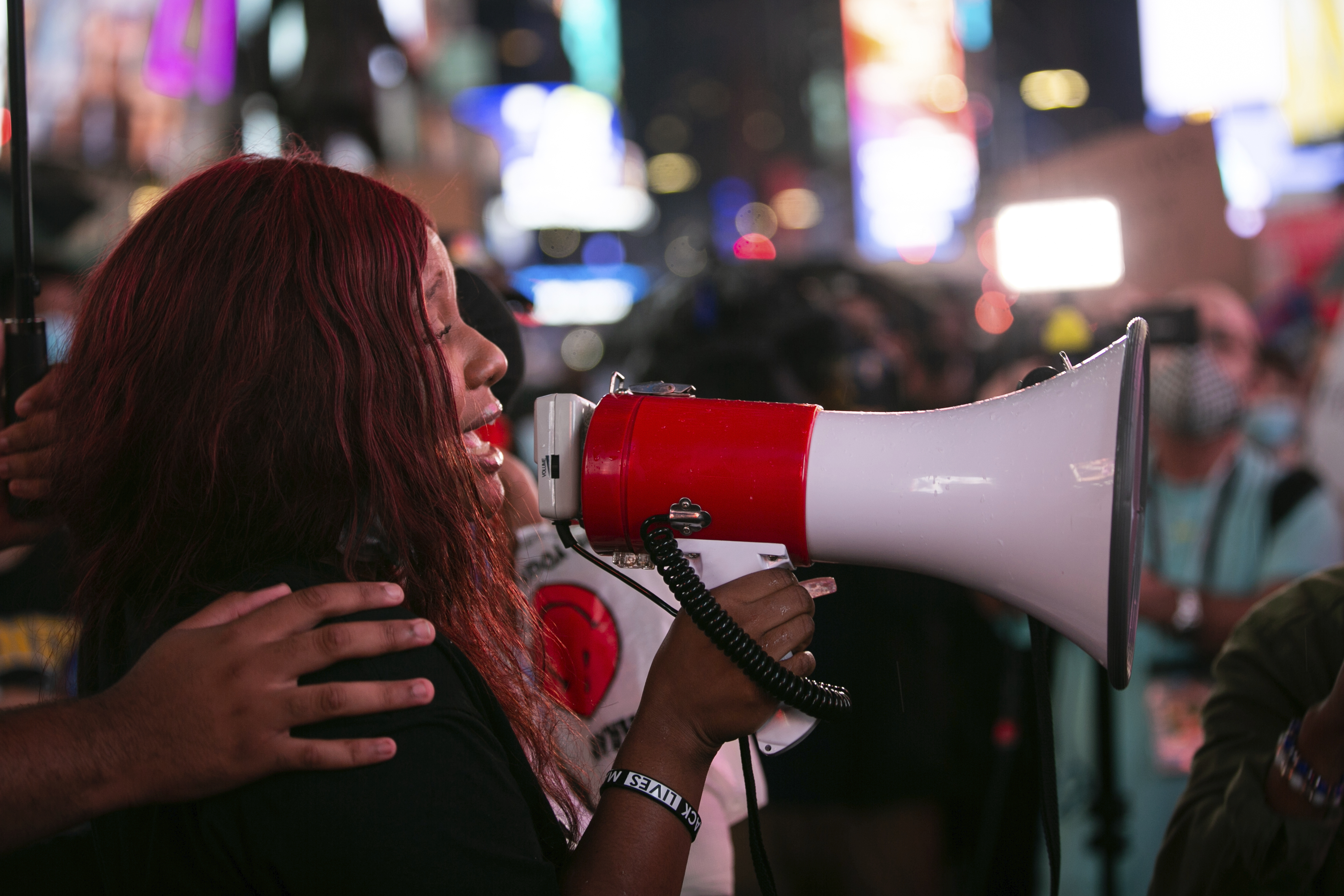 The St. Louis McCloskeys Have a Lot Feelings About the Gun Photo That Made Them Famous

‘Dive through the window of opportunity’