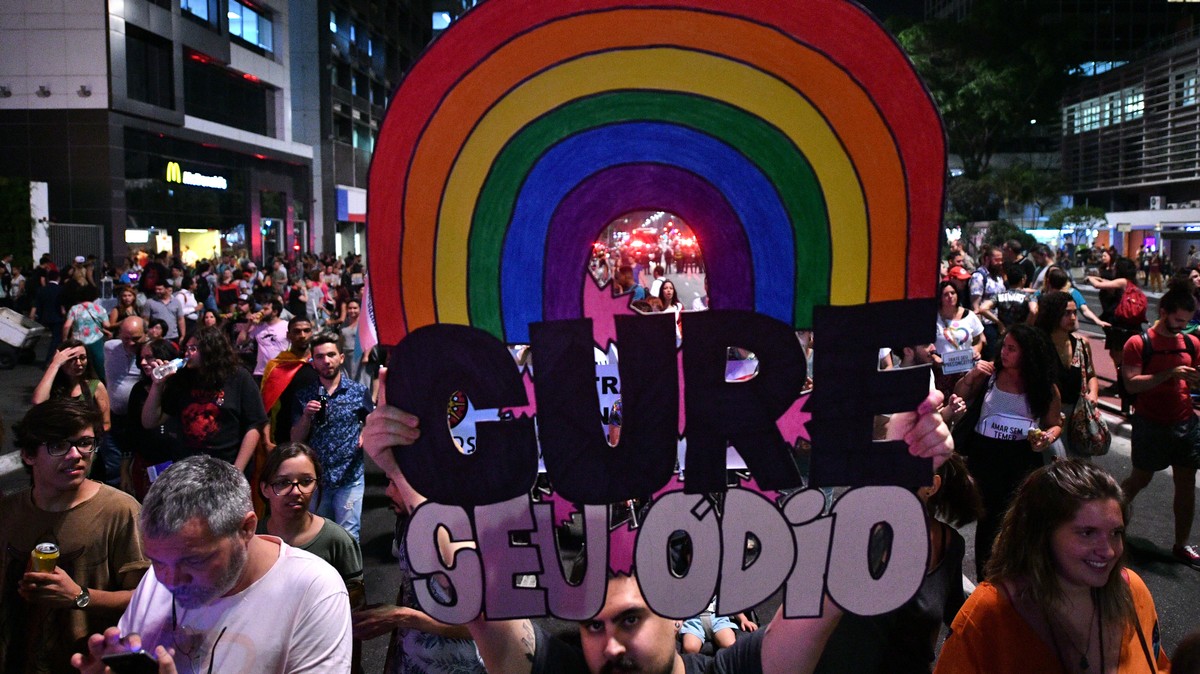 “Conversion therapy” is a discredited, dangerous practice, but people have still been able to launch fundraisers on GoFundMe to pay for it.

VICE News found at least 20 recent fundraisers on GoFundMe that seek to pay for someone’s conversion therapy, practices designed to change a person’s sexual orientation, gender identity, or gender expression. Many of the descriptions of these fundraisers suggest that the organizer might be a teenager, a college student, or still living with their parents—or were, until they were kicked out. Some also indicate that they’re being pressured by their families.

“Over the last few years I’ve been having temptations to have romantic and sexual relationships with woman [sic],” wrote one organizer who said they were from the United Kingdom. “I’m disgusted in my own skin and my whole family has thrown me out for my selfish decisions.”

These fundraisers, which often ask for something in the range of $1,000 to $5,000, have drawn next to no donations. At least a few are clearly not serious. But conversion therapy can be deadly: Multiple studies have uncovered that trying to change someone’s sexual orientation or gender identity not only doesn’t work but also can send their risk of suicide skyrocketing.

A spokesperson for GoFundMe, which is the largest crowdfunding platform for medical expenses, said people are allowed to set up conversion therapy fundraisers.

“Per GoFundMe Terms of Service, organizers can set up a fundraiser for this purpose for themselves,” the spokesperson told VICE News in an email.

But Xavier Persad, senior legislative counsel at the Human Rights Campaign, thinks GoFundMe should ban these fundraisers no matter who’s raising the money.

“Conversion therapy is a fraudulent practice, plain and simple,” Persad said. “Crowdfunding and social platforms of any kind should actively reject content, ads, and campaigns that perpetuate and support this fraudulent industry that profits on the false, discriminatory notion that being LGTBQ is wrong or is an illness that needs to be cured—which tears lives and families apart in the process.”

In three of the fundraisers identified by VICE News, it was the family pushing for conversion therapy: Organizers said they were looking to pay for their child to go through it. One said that their son has come out as gay and wants it.

‘Dedicated to our religion’

“We are very dedicated to our religion,” the organizer wrote. “We understand that this will result in his eternal damnation, but we don’t have enough money to send him to conversion therapy.”

But in other campaigns, the target of the conversion therapy may not be going willingly. An organizer wrote, “My leftist son thinks he’s a transgender. As a good Christian woman I cannot let my son sin.” (It’s not clear what gender their child identifies as.)

In cases where a person is fundraising for someone else’s conversion therapy, GoFundMe says it reaches out to the beneficiary to confirm that they’ve consented to the fundraiser. If they don’t consent, the fundraiser will be deleted. If the person behind any GoFundMe fundraiser is a minor, someone must be at least 18 years old to withdraw money from it.

“A parent attempting to raise money to pay for a child’s conversion therapy violates GoFundMe’s terms of service,” the GoFundMe spokesperson said.

Twenty states, as well as Washington, D.C. and Puerto Rico, have enacted restrictions to protect youth from being put through conversion therapy by licensed practitioners, such as therapists, according to the Human Rights Campaign. (It is much more difficult to use laws to regulate faith leaders, Persad said.) Three of the fundraisers identified by VICE News were organized by someone who said they were from these states.

VICE News also sent links to the fundraisers it had identified to GoFundMe on Thursday. By Friday, all three fundraisers where organizers said they were raising money for their child’s conversion therapy had been removed. Another two fundraisers had also vanished. When asked over email if GoFundMe was behind the removals, the spokesperson replied, “I can confirm that GoFundMe has removed fundraisers for this purpose that are in violation of our Terms of Service.”

Like pretty much everything else on the internet, at least some of these fundraisers may be fake. One fundraiser, titled “My friend is gay, needs conversion therapy,” is donating whatever money it raises to the Trevor Project, which provides crisis intervention and suicide prevention services to LGTBQ+ youth.

In another, the organizer explained that they will be “switching sides again.”

“I am seeking 100 dollars to pay for three pairs of A&E cargo shorts which I assume will fix the problem,” the organizer wrote. So far, they’ve raised $20.

These fundraisers are at least being transparent about where the money is going. But the other fundraisers reviewed by VICE News give no indication that the money will not be used for conversion therapy.

GoFundMe also has a strict policy when it comes to fraudulent fundraisers: Organizers cannot automate your posting “misleading statements in the fundraiser story.”

The ‘Trust and Safety’ team

“We have a Trust and Safety team comprised of experts who work around the clock and are focused on interacting with fundraiser organizers and donors, reviewing and vetting fundraisers, and implementing our terms of service,” the GoFundMe spokesperson told VICE News in an email. “They ensure GoFundMe is the safest place to give. In addition to technical tools and a dedicated team of experts, we have a community of 50 million users—when they see something they think might not be right, they tell us, and we look into it.”

Donations are backed up by guarantees to ensure that no one’s money is misused, the spokesperson added.

Jeremy Snyder, a health sciences professor at Simon Fraser University, said that uncertainty around fundraisers’ veracity is “all the more reason to be shutting these down.”

“This should be an easy call, that conversion therapy is obviously hate-fueled and harmful to individuals and based on [a] hugely problematic valuation of gay people’s lives,” said Snyder, who co-wrote a paper last year arguing that GoFundMe has done very little to curb fundraisers to pay for unproven medical treatments.

GoFundMe has kicked some types of fundraisers off the website: Last year, it banned fundraisers that raise money to promote misinformation about vaccines, after the anti-vax movement was accused of enabling measles outbreaks in the United States. But a 2018 research letter, published in JAMA, found more than 1,000 fundraisers intended to fund scientifically unsupported or even potentially dangerous interventions like stem cell therapy for brain and spinal cord injuries as well as homeopathic or naturopathic treatments for cancer.

Every major medical and mental health organization has denounced conversion therapy. No credible study has ever found that it truly changes a person’s LGTBQ+ identity, according to the Trevor Project. Instead, the practice has scarred people’s lives.

Non-transgender gay, lesbian, and bisexual people who’ve experienced conversion therapy had 92% greater odds of dealing with lifetime suicidal ideation, as well as 88% greater odds of attempting suicide, according to a June study from the Williams Institute at University of California, Los Angeles School of Law. (These attempts resulted in minor or no physical injuries.)

A 2018 study from the Family Acceptance Project, an initiative at San Francisco State University, also found that the rate of attempt suicide more than doubled among LGTB young people whose parents tried to change their sexual orientation. When those people also had to deal with conversion therapy attempts by therapists and religious leaders, that rate almost tripled.

“These harms are devastating, lasting, and can’t be overstated,” Persad said. 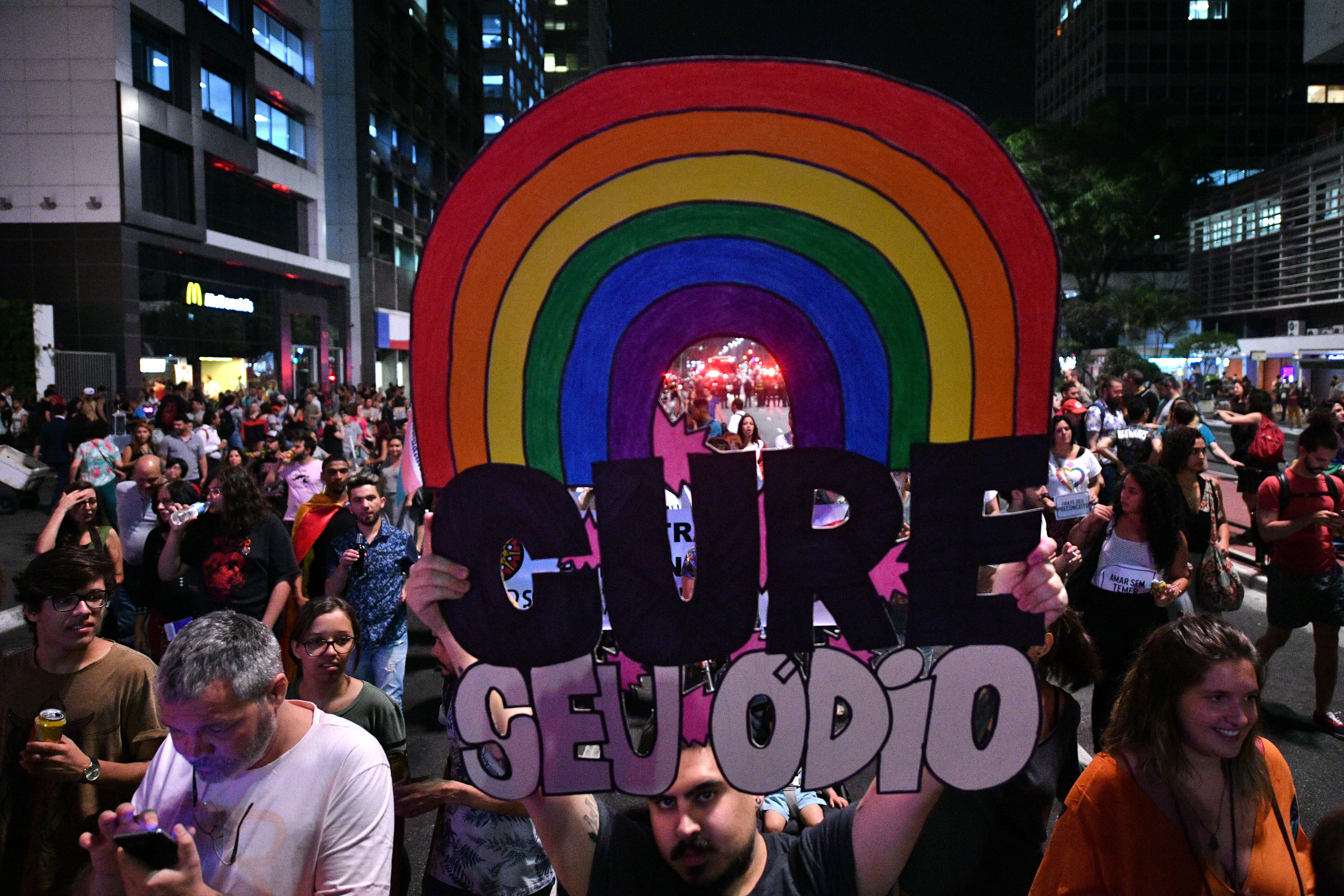 8 Luxury Items to Add to Your Home on a Budget