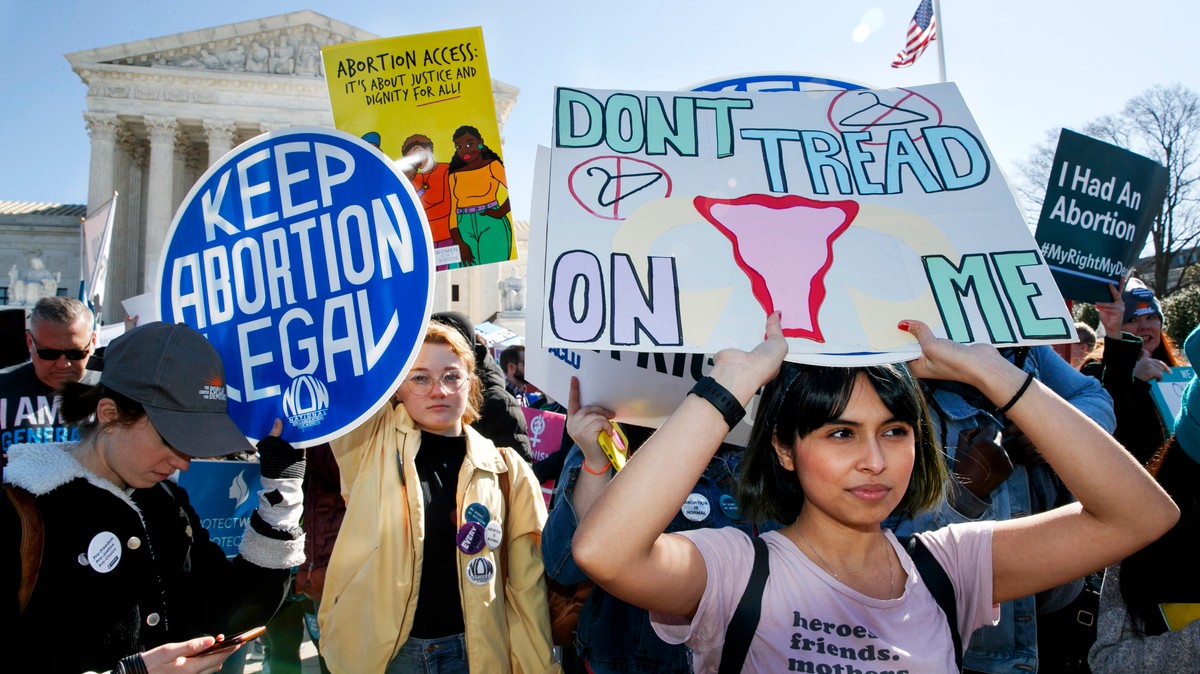 The Supreme Court could rule any day now on a case that could slash access to a very popular and safe method of abortion in the United States — right in the middle of a global pandemic.

The Trump administration and the American Civil Liberties Union have spent the summer locked in a fierce legal battle over access to a drug used in medication abortions, as people and health care providers try to limit in-person interactions for fear of the coronavirus. The fight over the drug, mifepristone, has even drawn in some of the biggest names in the GOP: Last week, Texas Sen. Ted Cruz jumped in, alongside a bunch of other Republican senators, to back the administration and condemn the fight as an “opportunistic ploy to expand access to abortion.”

But after the ACLU triumphed in a lower court and secured a ruling that made medication abortion more accessible, the Trump administration asked the Supreme Court to weigh in. Any ruling from the justices would mark the second time this summer that they’ve tackled abortion rights. In late June, the justices narrowly sided with abortion rights supporters and kept a Louisiana abortion restriction from going into effect — but in the months since, that victory has looked increasingly shaky. Abortion rights supporters can’t be sure they’ll win again.

In a typical medication abortion, which is used to end pregnancies before 10 weeks, a patient takes doses of two drugs, mifepristone and misoprostol, several hours apart. For years, the Food and Drug Administration has required people who want mifepristone to pick it up in person from a provider’s office, even if they’ve already seen a doctor about getting an abortion.

Abortion rights supporters have spent years trying to upend that requirement. Medication abortion is very popular: It was used in 39% of all U.S. abortions in 2017, according to the Guttmacher Institute, which studies abortion restrictions. A landmark 2018 report from the National Academies of Sciences, Engineering, and Medicine found that medication abortion is overwhelmingly safe; complications occur “in no more than a fraction of a percent of all patients,” the report concluded.

Even when providers remotely prescribe patients abortion-inducing pills, the report found that there were no significant increase in complications. The magnitude of the risk was similar to taking “commonly used prescription and over-the-counter medications,” according to the report.

In May, the ACLU sued the FDA and the Department of Health and Human Services in an effort to halt the in-person requirement. The ACLU accused the two agencies of jeopardizing public safety by refusing to let providers prescribe mifepristone remotely.

The agencies, the ACLU argued in its lawsuit, “have singled out mifepristone prescribers and patients for a special barrier to telehealth care during the COVID-19 pandemic that impedes clinicians’ medical judgment; subjects patients, clinicians, and other health care staff to unnecessary medical risks; serves no rational or legitimate government purpose; and conflicts with [the agencies’] own efforts to mitigate the spread of COVID-19.”

In July, a federal judge in Maryland sided with the ACLU. U.S. District Judge Theodore Chuang ruled that the restrictions on mifepristone likely created an unconstitutional barrier to people’s ability to get abortions during the coronavirus pandemic, and issued a nationwide injunction that paused the restrictions throughout the pandemic.

A few weeks later, the Trump administration asked the Supreme Court to step in. The administration wants the justices to lift that injunction and let the restrictions on medication abortion go back into effect.

What are the arguments now?

If pregnant people want abortions, the Trump administration argued, they can just get surgical abortions.

“Given that surgical methods of abortion remain widely available, the enforcement of longstanding safety requirements for a medication abortion during the first ten weeks of pregnancy does not constitute a substantial obstacle to abortion access, even if the COVID-19 pandemic has made obtaining any method of abortion in person somewhat riskier,” the administration wrote in its brief to the Supreme Court.

“This Court has made clear that judges are not to second-guess how officials address public-health concerns in areas of uncertainty, yet the district court dismissed the FDA’s expert judgment in favor of its own view that the safety requirements are medically unnecessary.”

“A nationwide injunction anywhere freezes the challenged action everywhere,” the administration wrote. “So the government must prevail in every suit to keep its policy in force, while plaintiffs can derail a federal statute or regulation nationwide with a single district-court victory.”

In its responding brief, filed to the Supreme Court Tuesday, the ACLU contended that forcing pregnant people into invasive surgical abortions would only magnify their chances of catching COVID-19, especially because abortion patients are also likely to be already at risk for COVID-19.

Most people who have abortions are people of color, who are more likely to have preexisting health conditions that leave them vulnerable to the coronavirus, according to the brief. They also tend to be low-income, so they’d likely have to use public transportation to see an abortion provider, who may be hours away. Most abortion patients also already have one child, so they’d have to scramble to find child care. That can be a hurdle under any circumstances, but now, that would likely mean inviting someone else into their home or sending their kid to someone else’s — which would raise everyone’s risk of exposure. Low-income people and people of color are also more likely to live in intergenerational households, so any kind of additional exposure could potentially imperil elderly people’s health.

“The constitutional violation in this case arises from the FDA’s mandate that patients incur grave COVID-19 risk by engaging in unnecessary travel and physical proximity to other people as a condition of obtaining abortion care, when they could safely obtain the pill by mail,” the ACLU wrote. “It is no defense for mandating this unnecessary risk of COVID-19 infection to say that instead of receiving medication safely at home, such patients could instead travel to a health center for a more invasive procedure, involving greater risk of COVID-19 infection.”

The ACLU also argued that, out of the 20,000-plus drugs regulated by the FDA, mifepristone is treated as unique: It’s the only drug “that patients must pick up in person in a clinical setting but are permitted to self-administer elsewhere, unsupervised,” the ACLU wrote. In the midst of the pandemic, HHS has now even allowed lethal drugs, like opioids, to be dispensed via telemedicine.

As for the government’s argument that nationwide injunctions need to be tempered, the ACLU pointed out that it didn’t bring the lawsuit on its own. Instead, it’s suing on the behalf of the American College of Obstetricians and Gynecologists, the preeminent U.S. professional organization for OB-GYNs, as well as other professional medication associations. In total, they’re representing more than 60,000 clinicians who work across all 50 states and in Puerto Rico and Washington, D.C. — so it makes sense that a decision in the case would impact the entire country.

What will the Supreme Court do?

Supporters of abortion rights rejoiced back in June, when Chief Justice John Roberts sided with the liberal wing of the court and ruled in favor of blocking a Louisiana abortion restriction in June Medical Services v. Russo. But Roberts didn’t officially join the majority — instead, he wrote a concurring opinion that made it clear he was only blocking the restriction because of its similarity to another anti-abortion law that the court had struck down in a 2016 decision named Whole Woman’s Health v. Hellerstedt.

And in the months since the justices decided June Medical Services, Roberts’ concurring opinion has been used as a blueprint to push for more, not less, abortion restrictions.

Now, Roberts’ future positions on abortion law is more in doubt than ever. He’s the closest thing the Supreme Court has to a swing justice, and abortion supporters can’t rely on him.

“The big concern is that an abortion restriction that doesn’t look identical to the one in Whole Woman’s Health, that was struck down just four years prior, is going to face a different fate, because I think that’s really what swayed Roberts here,” Brigitte Amiri, deputy director at the ACLU’s Reproductive Freedom Project, told VICE News last month, shortly after the Arkansas decision. “The right to abortion is hanging by a thread, and you see how thin that thread is with Roberts’ narrow concurrence.”

Roberts has also indicated that he’s likely to defer to public officials when it comes to public health amid the coronavirus pandemic. In May, Roberts cast the deciding vote in a California case where the justices declined to lift pandemic-related restrictions on church crowds.

The Constitution, Roberts wrote, generally hands elected politicians the ability to “guard and protect” the public’s health and safety. “Where those broad limits are not exceeded, they should not be subject to second-guessing by an ‘unelected federal judiciary,’ which lacks the background, competence, and expertise to assess public health and is not accountable to the people.”

When the Supreme Court is asked to stop a lower court’s order, the justices often rule quickly, without hearing arguments on the case. In a press call with reporters Wednesday, Julia Kaye, a staff attorney with the ACLU’s Reproductive Freedom Project, said she expects a ruling from the Supreme Court within the next week or two.

Meanwhile, Republicans in the Senate are trying another line of attack on mifepristone: Last week, Texas Sen. Ted Cruz led a group of 20 senators in sending a letter to the FDA that demanded that the agency take mifepristone off the U.S. market. The senators wanted the drug labeled an “imminent hazard to public health.”

In a call with reporters Wednesday, Kirsten Moore, director of the Expanding Medication Abortion Access Project, called the senators’ letter “a pretty bold misrepresentation of the evidence and science of the safety of medication abortion care.” It would be deeply “atypical,” she added, for the FDA to take mifepristone off the market, given that a mountain of evidence shows that mifepristone is safe, effective, and widely used.

“There’s a lot that keeps me up at night,” Moore said. “That one, in particular, a little less so.” 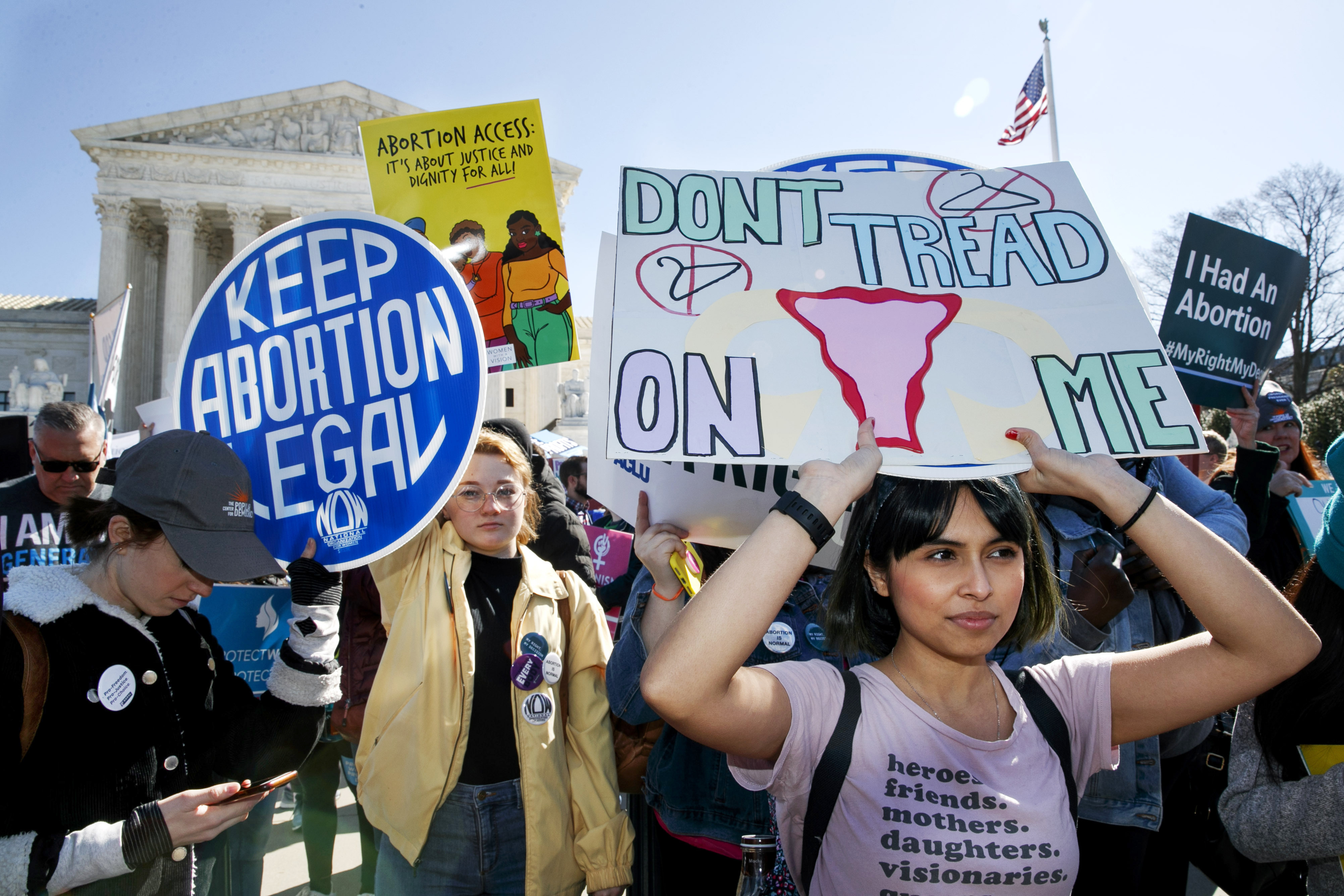 Does your boss really care what you think?