In the confusion following the police killing of Michael Forest Reinoehl—a self-described antifascist activist who appeared to admit to killing a militia member at a pro-Trump rally in Portland weeks ago—several accounts of the incident from witnesses and authorities have emerged, fuelling online chatter from the right and the left. Now, a witness who was previously reported to have said that Reinoehl fired an assault rifle at law enforcement officers tells VICE News he didn’t see that, even as police say they still don’t know whether a firearm found in Reinoehl’s possession was fired at all.

Two different police agencies involved in the shooting of Reinoehl initially gave competing accounts of the incident. The Thurston County Sheriff’s Office (TCSO), which is leading an investigation into Reinoehl’s death, said the man had been shot as he ran away from the U.S. Marshall’s Fugitive Task Force attempting his arrest. But those same Marshalls said Reinoehl “produced a firearm, threatening the lives of law enforcement officers” and was subsequently shot to death.

The day of the shooting, Washington newspaper the Olympian reported that two eyewitnesses, Chad Smith and Chase Cutler, said they were fixing cars when the altercation took place, and that after being cornered by two unmarked police vehicles, Reinoehl exited his car and began firing at the officers with what they described as an assault rifle.

Right-wing media ran with the assault rifle detail as a justification for the killing of Reinoehl, but the TCSO quickly dispelled that detail two days after the killing: Reinoehl was carrying a firearm, but it was a handgun and it wasn’t even clear whether he drew or fired it, they said.

This week a new eyewitness, Nate Dinguss, emerged, telling the Washington Post and the Oregonian that Reinoehl didn’t appear to be carrying a weapon at all at the time of his arrest. Instead, he said, he was holding a cellphone and eating candy when he was shot and killed by police.

Now one of the key eyewitnesses who reportedly said he saw Reinoehl brandishing an assault rifle says he was misquoted and didn’t see Reinoehl pull a weapon at all. His account corroborates what Dinguss told police.

“No offense but myself and […] Cutler gave the same statement one time to everyone,” said Smith to VICE News in a wide-ranging Facebook conversation. “Then the next we read [in] the media [and] it’s not at all what was said.”

Smith says he told reporters that he heard what sounded like an assault rifle, but didn’t actually see a gun that matched that description, admitting, “I’m a car guy not a gun person so I’m very unsure.”

Rolf Boone, a reporter at the Olympian who interviewed Smith and Cutler the night of Reinoehl’s death, said he stands by the account of what was said to him.

“I stand by what Chad and his friend told me that evening as witnesses to a very fluid situation,” he said in an email. “Is there a margin of error for witness accounts? Absolutely. That’s why they are treated as witness accounts.”

(It’s worth noting that the Seattle Times reported Smith saying he witnessed the shooting while sitting outside eating dinner and saw Reinoehl pull his weapon on police and fire. There is no mention, per this report, of the weapon being an assault rifle, but Smith did say he heard “bursts of semiautomatic fire.”)

According to Smith, he never saw Reinoehl produce a firearm in a shooting he said lasted approximately one to two minutes.

“Well essentially it’s happened so quick it was quite hard to tell what all went down. What I do know is there was 2 silver SUVs that sped up to him (boxed the car in) we thought it was road rage so we ran toward it all. Within seconds of the SUVs showing up shots were fired already,” he said. “I seen a person walking backward towards the back of the white truck…couldn’t tell if he had a weapon or not. The U.S. Marshalls (one silver SUV) and the investigators (the other SUV) were shooting toward the suspect. If I remember correctly there were 2 or 3 rounds of the shots with a silent part in the middle. Kinda like a fully automate submission distribution weapon.

“Then as fast as it began it was done. We walked around back to see what happened and there was a man on the ground being rolled from side to side by the police that were on scene.”

Smith said that he, Cutler, and another man were interviewed by an investigator after the killing, and that he told them he wasn’t sure Reinoehl had a weapon.

“I told them I wasn’t sure if he had one or not. But that the police were shooting toward the suspect,” he said.

According to Lieutenant Ray Brady of the TCSO, Reinoehl categorically was not carrying an assault rifle, nor did he fire that kind of military-style weapon at officers.

“The more you dig [into the altercation with police and Reinoehl] the more you’ll see dozens of different versions including one that Reinoehl was holding an assault rifle and fired numerous rounds,” said Brady. “That is flatly incorrect.”

Brady said the ongoing investigation did confirm Reinoehl was in possession of a firearm at the time of his death, but that the extent of its involvement in his killing is still unknown.

“We have verified that he was in possession of a firearm. We have not exactly determined what the involvement of the firearm was, whether or not the weapon was fired or what it was used for,” he said, adding that “one gentleman in particular has made several different statements” regarding the killing of Reinoehl.

With Files From Tess Owen 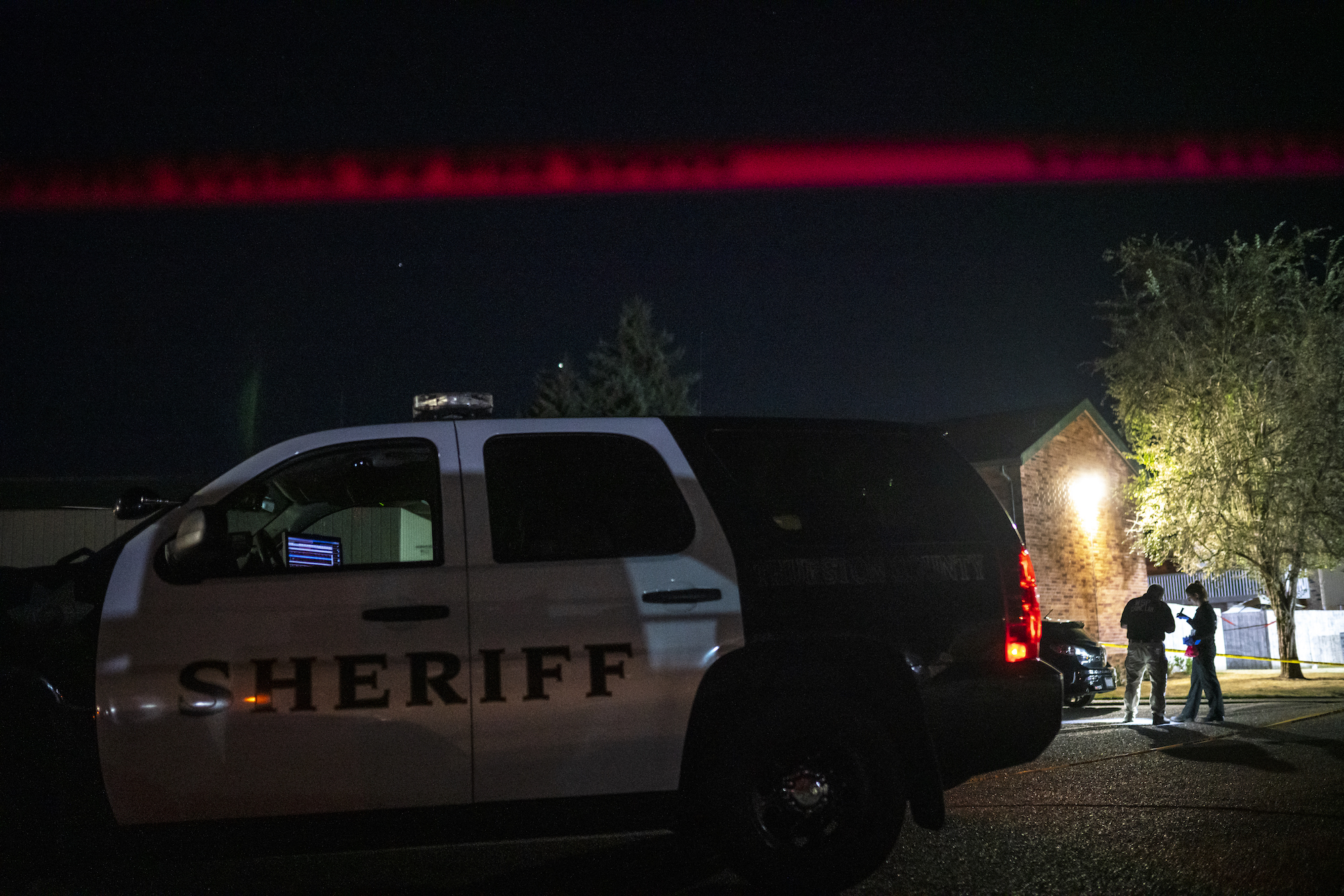