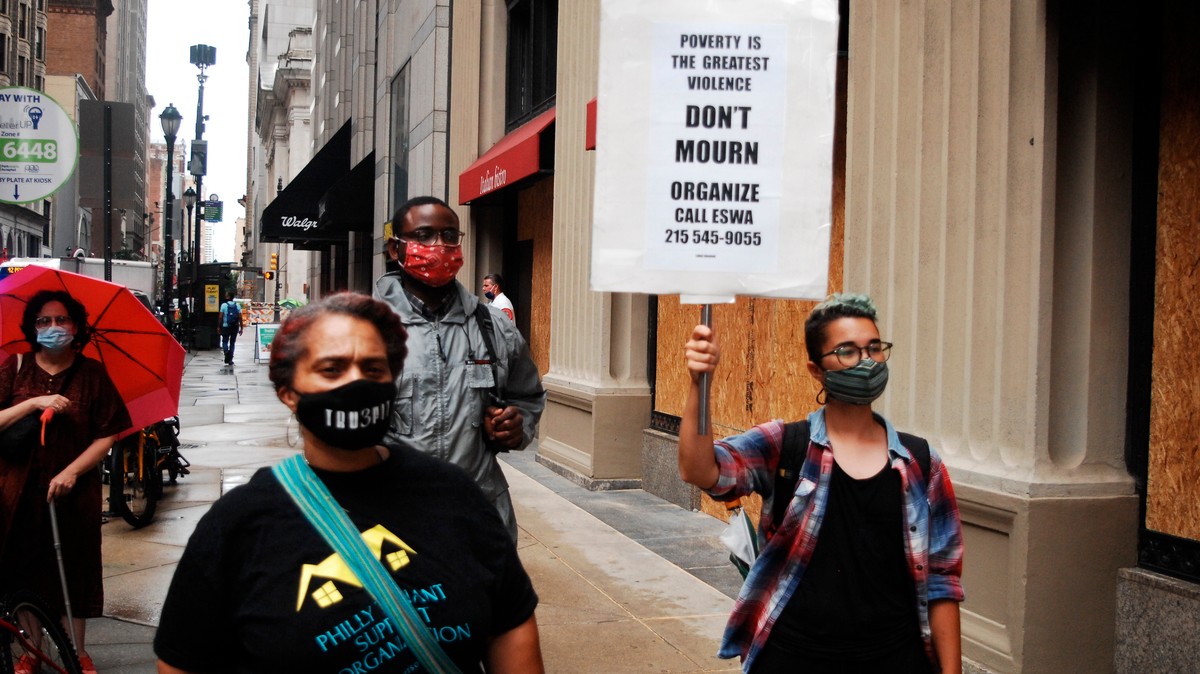 The federal government might’ve blocked landlords from evicting scores of non-paying renters through the end of the year, but that hasn’t kept some property owners from trying to kick tenants out.

In an unprecedented move earlier this month, the U.S. Centers for Disease Control and Prevention issued a sweeping, nationwide order with the potential to shield millions of hard-up tenants from being kicked out for not paying rent, so long as they met certain criteria and took necessary action to show their landlord they qualified for protection. But, in the past week, the ban’s been subjected to different interpretations both by courts and the landlords who stand to suffer financially if they can’t kick someone out. That could sow confusion among renters.

At least one Virginia-based landlord filed a complaint this week to seek a temporary restraining order against the broad eviction moratorium, since he wanted to remove a non-paying tenant who owed thousands of dollars in back rent.

“At the end of the day, the order says what it says: Landlords can’t take any action to remove somebody from property or cause a removal,” said Eric Dunn, director of litigation at the National Housing Law Project. “If courts are allowing eviction cases to proceed, that’s contrary to the order.”

Even with the moratorium, tenants can still be taken to court and evicted for reasons other than failure to pay rent, like if they destroy the property. And the order doesn’t negate a tenant’s obligation to pay rent or late fees. The ban of some evictions, the CDC said, was instead meant to slow the spread of COVID-19 by preventing people from crowding into shelters or apartments of friends or family in states or cities that lacked eviction bans of equal or greater protection.

The health agency offered a form that tenants could sign under penalty of perjury and hand to their landlord, stating they met salary requirements outlined in the order, had lost a substantial amount of income, would face homelessness if removed, and had made best efforts to find rental assistance and make timely partial payments.

Yet a Houston renter said she received a notice to leave her rental properties despite providing her landlord with the proper declaration. (Texas currently doesn’t have an eviction ban of its own, making the federal protection her last line of defense.)

State officials in Maryland, meanwhile, said tenants would still have to go to court to defend themselves if their landlord filed an eviction case, despite the order explicitly blocking any action to “remove or cause the removal of a covered person from a residential property.” Tenants may have to present evidence.

Court officials in New Orleans also said a tenant couldn’t simply provide a declaration and walk away from their eviction risk; courts there will resume hearings in October, during which time tenants can submit evidence. In Michigan, the State Court Administrative Office said it’s up to courts on whether or not they want to process new filings. And Detroit’s 36th District Court said it would continue to hold hearings, according to the Detroit Free Press.

That could be bad news for the low-income tenants that don’t often show up to court hearings, or might ditch the rental unit out of fear or confusion the moment that they receive a notice. Already, the effectiveness of the CDC’s order hinges in part on ordinary people closely reading and adhering to a 37-page document rife with government jargon.

“The country’s ability to stop the spread of COVID19 as it relates to eviction is dependent upon consistent state application and interpretation of the CDC moratorium,” Emily Benfer, a law professor at Wake Forest University, said in an email. “Varied approaches, especially those that limit the scope of the moratorium or undermine its authority, will result in widespread confusion among renters and property owners about their rights and obligations. The immediate housing stability and health of 52 million adults and children at risk of eviction is in the balance.”

On the other hand, some courts are asking landlords to certify that they haven’t received a CDC-spurred declaration from their tenant before they can move forward with an eviction, she said.

But landlords still need rent to pay off property taxes, mortgage payments, maintenance costs and more. And the inability to evict a non-paying tenant means they can’t recoup those losses by looking for a new renter of greater means. The federal government should instead  focus on offering rental assistance or better unemployment benefits, said Doug Bibby, president of the National Multifamily Housing Council, when the moratorium was announced. Otherwise landlords could drown, since many tenants won’t be able to catch up on their accumulating debts without some assistance.

A Virginia-based landlord filed a complaint this week in the U.S. District Court for the Northern District of Georgia, naming the CDC, the U.S. Department of Health and Human Services, and their respective leaders as defendants. The lawsuit argued the eviction moratorium should be blocked, due to it being ”unprecedented in our history” and “an affront to core constitutional limits on federal power.” The landlord, Rick Brown, said his tenant owes more than $8,000 and had declared she was protected under the CDC’s order.

Brown is represented in part by the New Civil Liberties Alliance, a nonprofit civil rights organization that works to “protect constitutional freedoms from violations by the Administrative State,” according to its website. Landlords can face steep penalties for violating the CDC’s order, including $100,000 in fines, a year in jail, or both.

Caleb Kruckenberg, litigation counsel for the civil rights group, said in an email to VICE News that Brown still owes mortgage and utility payments, in addition to property taxes, and is “not in a financial position to lose all of his income through the end of the year.” He said the CDC has clearly stated that going through the legal process to evict a tenant is itself a crime.

“The CDC simply has no power to change any laws, much less those passed by state legislatures across the country,” Kruckenberg said.

Cover: Tenants rights groups rallied in front of the Municipal Court where the Landlord-Tenant Court is heard as Philadelphia ends its eviction moratorium threatening thousands of evictions even as the COVID-19 continues to spread across the country, August 31, 2020. (Photo by Cory Clark/NurPhoto via AP) 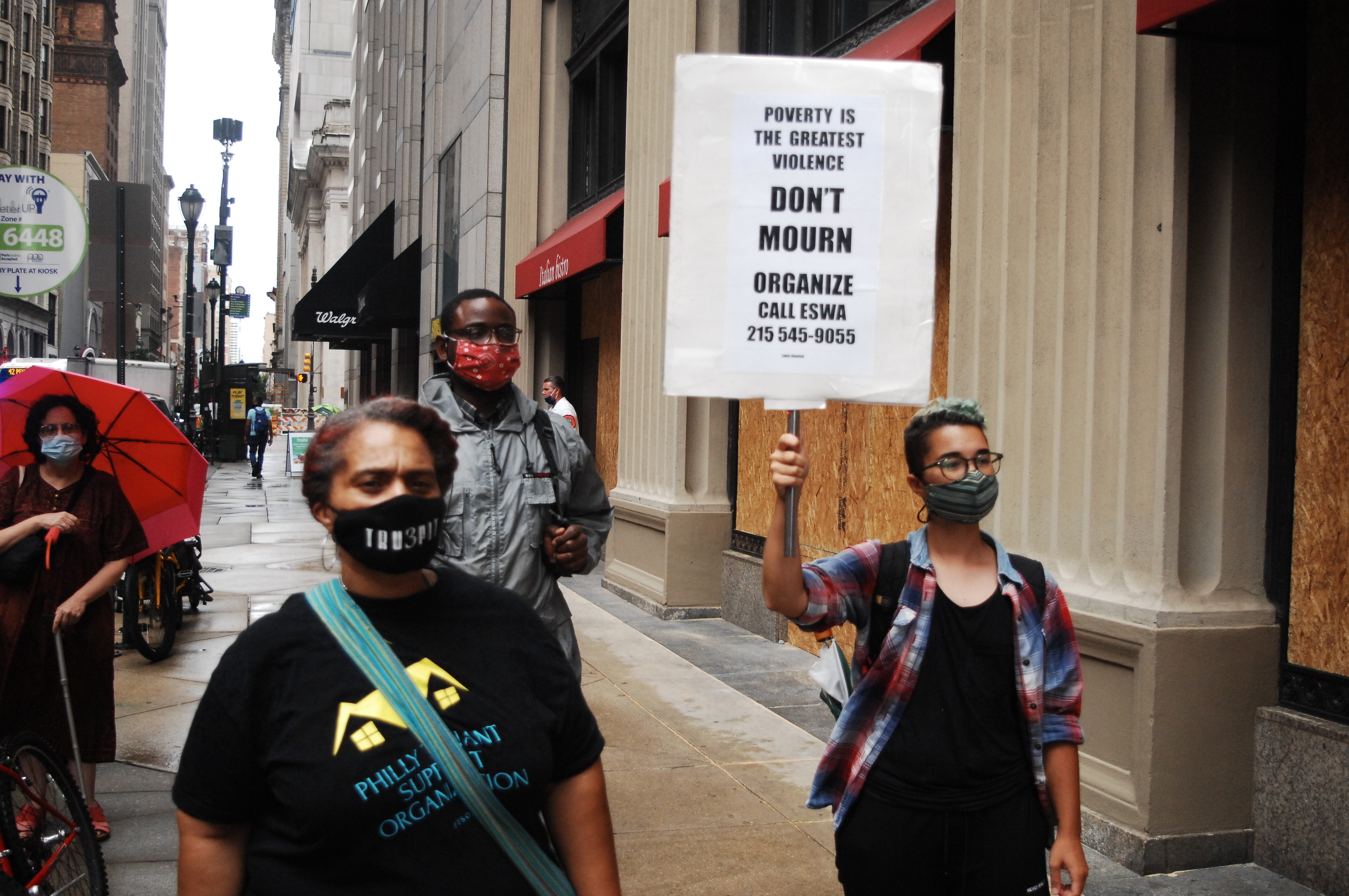 How Long After Buying A Home Can You Sell It