The Houston Police Department has fired four of its officers for killing an emotionally distressed man who they shot a total of 24 times during a response to a 911 call in April. The majority of the shots were fired after the man was on the ground and incapacitated.

Police Chief Art Acevedo announced the conclusion of the five-month-long investigation Thursday, showing bodycam footage of the incident and calling the officers’ actions “not objectionably reasonable.”

“The chain of command does not consider them objectively reasonable, and I believe anyone that watches this would see they had a lot of opportunities and a lot of other options readily available to them,” Acevedo said in Thursday’s press conference.

“You don’t get to shoot somebody 21 times, because at that time, when we discharged those 21 rounds, Mr. Chavez was at his greatest level of incapacitation.”

On April 21, officers Luis Alvarado, Omar Tapiam and Patrick Rubio and Sgt. Benjamin LeBlanc responded to a 911 call about a distressed man who was running through traffic, entering people’s property, and possibly ready to hurt himself.

When police arrived, they found 27-year-old Nicolas Chavez walking around a parking lot holding what they first believed to be a knife and was later identified as a piece of rebar. Bodycam footage shows that the officers spent about 15 minutes trying to deescalate the situation through nonlethal means and verbal commands. Eventually, after firing beanbags and stun guns at Chavez to no avail, LeBlanc is seen firing two shots at Chavez.

Chavez, who was now sitting on the ground, continued to advance toward the officers against the verbal orders of the police. A second officer fired another shot, hoping to stop Chavez from moving any closer, but failed to deter him.

Finally, Chavez began to pull a stun gun that was still attached to his body toward him. Despite repeated warnings from officers to stop moving, the distressed man continued to pull on the stun gun spring and grabbed a hold of the weapon, which prompted the four officers to fire a total of 21 shots. Chavez was killed in the hail of gunfire.

Acevedo said that the situation should have been handled differently once Chavez was on the ground.

“It’s inexplicable to me, when they had plenty of opportunities to back up to continue doing what they were doing,” the chief said. “For them to stay the line and shoot a man 21 times, I cannot defend that.”

Chavez’s family later told local news outlet KHOU-11 that their relative had a history of mental illness. Toxicology reports also revealed that Chavez had methamphetamine, amphetamine, and ethanol in his system the night of the shooting.

The local Houston Police Officers’ Union pushed back against the firings. Union President Joe Gamaldi reaffirmed that the four officers did everything they could to help Chavez before taking lethal action.

“This unjust and deplorable decision by Chief Acevedo has sent a shock wave through HPD. Even if you deescalate, retreat, follow policy, training and the law…you will still lose your job as a Houston Police Officer,” Gamaldi tweeted Thursday.

Cover: A tribute to Nicolas Chavez, 27, who was shot and killed April 21 by several police officers during a confrontation in Denver Harbor, sits at the site of the shooting along Interstate 10, Thursday, Sept. 10, 2020 in Houston. Police released video of the shooting on Thursday afternoon. (Mark Mulligan/Houston Chronicle via AP) 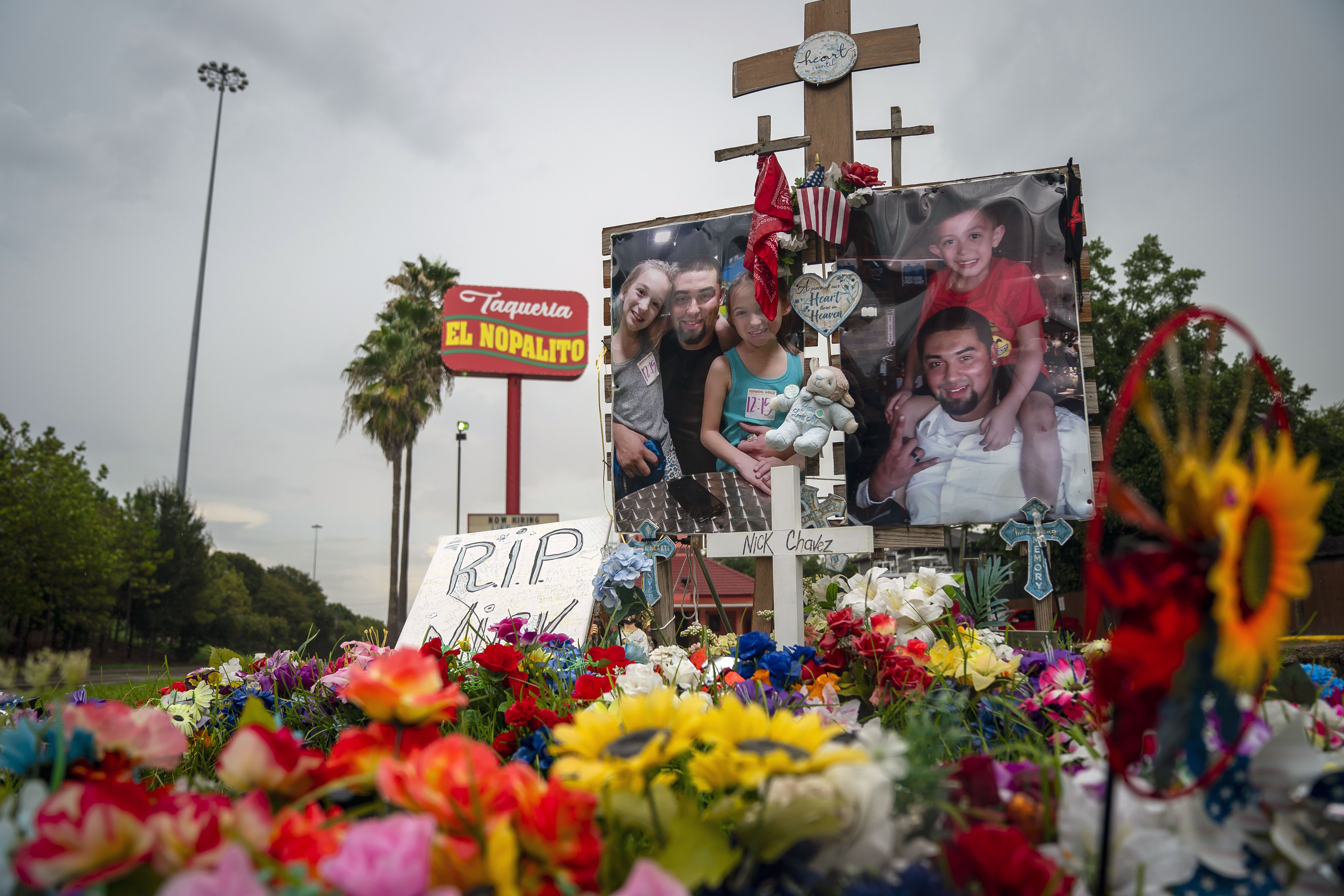