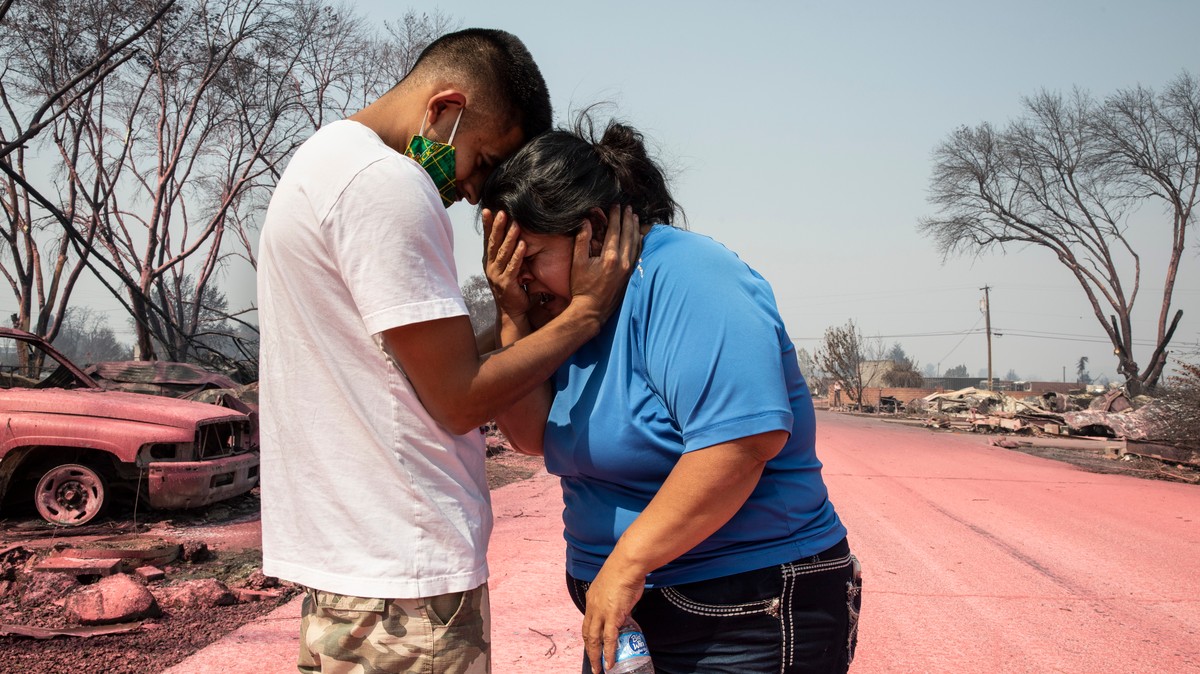 “We haven’t abandoned you.”

That was the pledge Oregon’s firefighters made Thursday evening to residents of the state, which is experiencing unprecedented wildfires that have caused widespread destruction, forced hundreds of thousands of people to evacuate, and caused the deaths of at least four people — including a 1-year-old boy.

The Clackamas County firefighters were forced to reassure residents because they were told to temporarily stop fighting the fires over safety fears, when two of the state’s largest blazes threatened to merge.

On Thursday there were 37 fires burning simultaneously across Oregon, and the state has ordered the evacuation of 500,000 residents, more than 10% of its total population. On Thursday night, Gov. Kate Brown said more than 900,000 acres had already been scorched in this year’s wildfires, more than double the area burnt last year.

“We have never seen this amount of uncontained fire across our state,” Brown told reporters in an evening press conference, adding that the scale of the devastating fires was linked to climate change.

“This will not be a one-time event. Unfortunately, it is the bellwether of the future. We’re feeling the acute impacts of climate change.”

So far four deaths have been reported in the state, but that’s expected to rise when emergency workers are finally able to make their way into areas currently inaccessible due to the blaze.

Two of the victims were 12-year-old Wyatt Tofte and his grandmother Peggy Mosso, who died in their car while trying to escape a wildfire near Lyons, 70 miles south of Portland.

“Don’t take anything in life for granted, and make the best of every day,” Lonnie Bertalotto, Wyatt’s uncle, said in a Facebook post confirming the deaths.

Law enforcement officials in Oregon have now opened multiple arson investigations into how another blaze, the Almeda Fire, was started. The fire, which is one of the state’s most destructive, has already incinerated hundreds of homes and decimated entire neighborhoods in the towns of Phoenix and Talent, and been linked to at least two deaths.

Emergency services are being stretched to a breaking point during this record-breaking fire season on the West Coast. Firefighters from Oregon and Washington were deployed to fight wildfires in California last month, but have had to return home as fires in their own states blaze out of control.

In California, where 10 people have already died from the wildfires, dozens of fires continue to burn out of control.

On Thursday, the August Complex Fire in Northern California, sparked by a storm of lightning strikes last month, became the largest fire in the state’s history. It has burned nearly 740 square miles, and as of Thursday, was only 25% contained.

Meanwhile, the Bear Fire burning in Butte County, which was renamed the North Complex Fire, has grown rapidly this week, propelled by 45 mile-per-hour winds. On Thursday the Butte County sheriff’s office said an additional seven bodies had been found, bringing the death toll from this one fire to 10.

But with 16 people still unaccounted for, the authorities fear the death toll will continue to rise.

The fire, which was 0% contained on Thursday, has also destroyed over 2,000 homes and businesses, and is continuing to spread. It is now threatening the 20,000-person city of Oroville.

Further north in Washington, more than 480,000 acres have burned this week, with some communities essentially destroyed, officials said.

Earlier this week a 1-year-old boy was killed in the Cold Springs Fire in northern Washington, while his parents remain in a critical condition after smoke and flames overwhelmed them as they tried to escape the state’s largest wildfire.

“Every firefighting entity in Washington State would like to have more resources right now,” Gov. Jay Inslee said at a news conference late Wednesday. Like his counterpart in Oregon, Inslee linked the devastating fire season to climate change, noting the West Coast’s intense heat waves.

“We are not going to surrender the future of this state to climate change. We are stronger, smarter, and more resilient than that,” Inslee tweeted Thursday.

Besides trying to tackle the wildfires, officials in Oregon are also dealing with a spate of disinformation spreading on social media by supporters of President Donald Trump.

Twitter and Facebook users have been pleading with the president to help, falsely claiming that antifa protesters were to blame for the fires.

“Please help!!!! Southern Oregon on Fire,  our Governor is nuts, and the fires that are happening are a terrorist attack by Antifa,” one Twitter user wrote. “The Medford police have 7 in custody.  Please have them Federally tried as terrorists.”

One of those promoting the rumor is Paul Romero, a prominent Trump supporter who finished second in the Oregon Republican primary for the U.S. Senate in May.

“Rumors spread just like wildfire and now our 9-1-1 dispatchers and professional staff are being overrun with requests for information and inquiries on an UNTRUE rumor that 6 Antifa members have been arrested for setting fires,” the Douglas County Sheriff’s Office in Roseburg, Oregon wrote on Facebook on Thursday. “THIS IS NOT TRUE! Unfortunately, people are spreading this rumor and it is causing problems.” 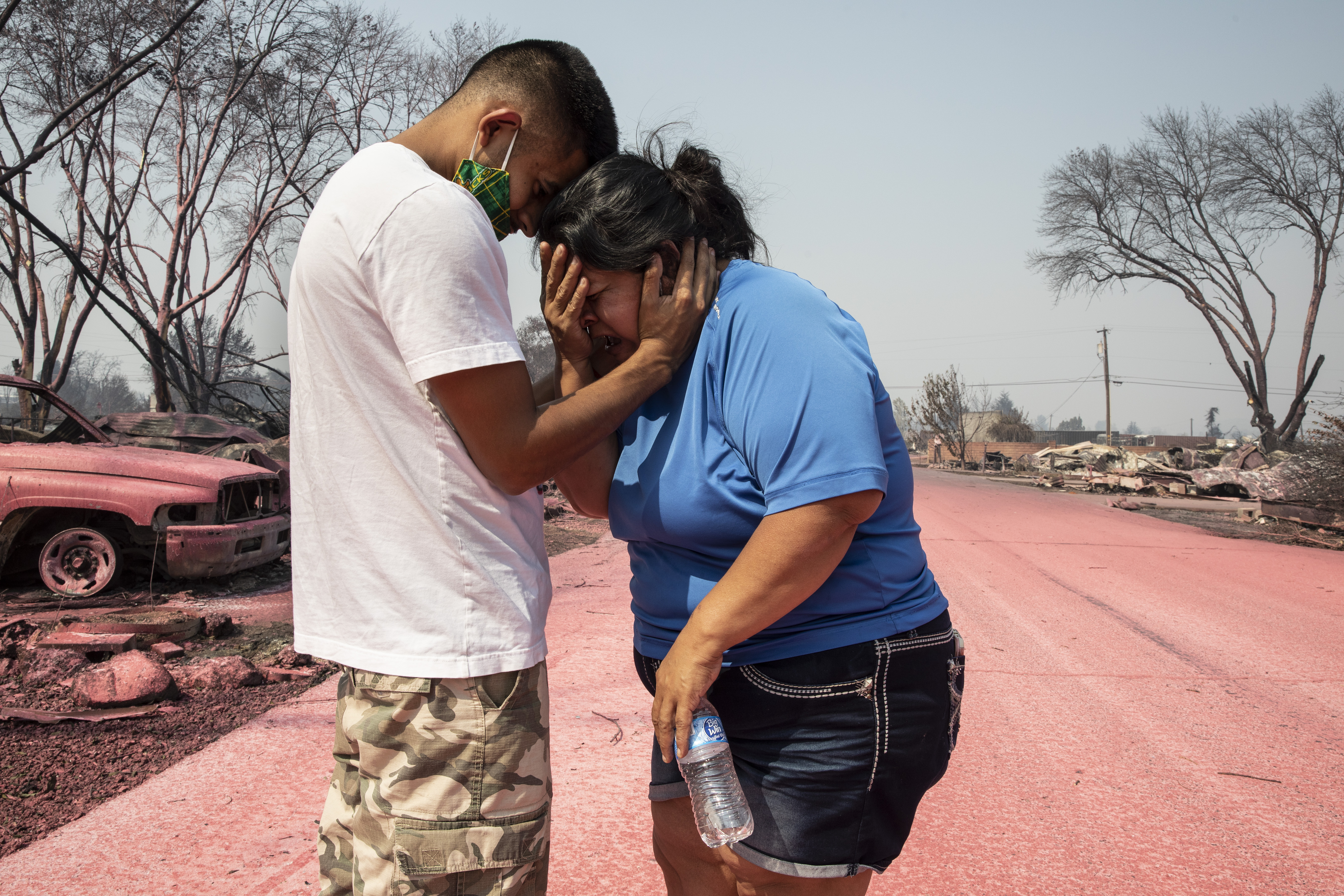 The Most Luxurious Pickup Trucks of 2021