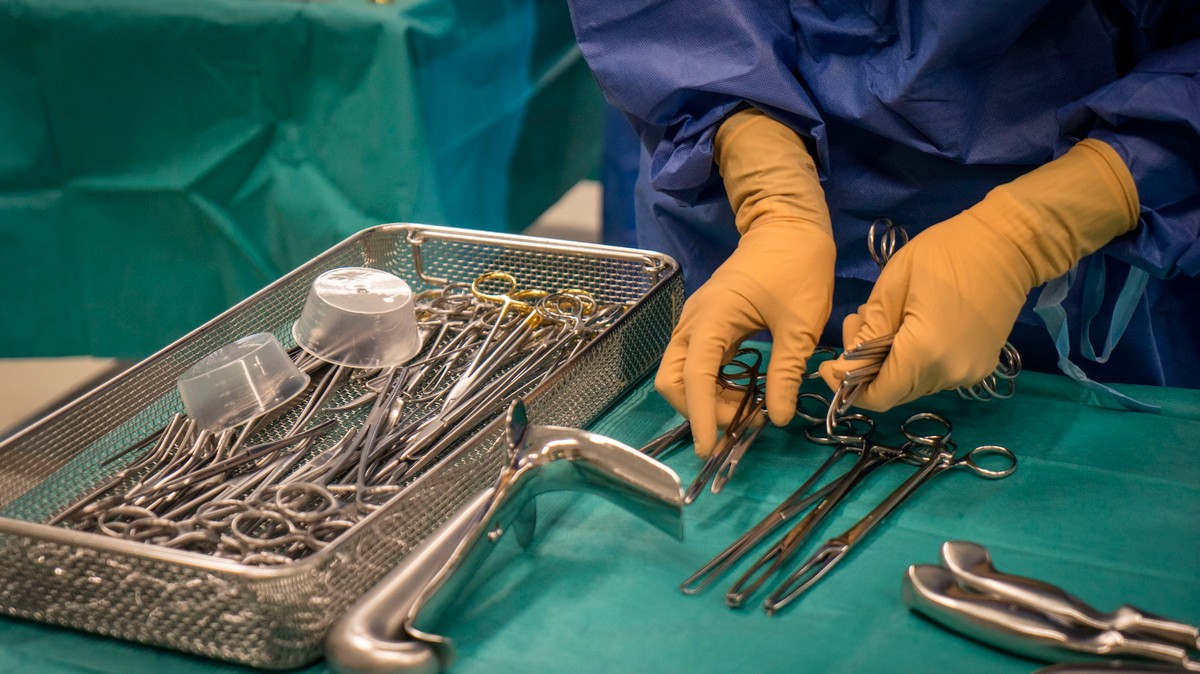 A whistleblower complaint filed Monday by several legal advocacy groups accuses a detention center of performing a staggering number of hysterectomies on immigrant women, as well as failing to follow procedures meant to keep both detainees and employees safe from the coronavirus.

The complaint, filed on behalf of several detained immigrants and a nurse named Dawn Wooten, details several accounts of recent “jarring medical neglect” at the Irwin County Detention Center in Ocilla, Georgia, which is run by the private prison company LaSalle South Corrections and houses people incarcerated by Immigration and Customs Enforcement (ICE). In interviews with Project South, a Georgia nonprofit, multiple women said that hysterectomies were stunningly frequent among immigrants detained at the facility.

“When I met all these women who had had surgeries, I thought this was like an experimental concentration camp,” said one woman, who said she’d met five women who’d had hysterectomies after being detained between October and December 2019. The woman said that immigrants at Irwin are often sent to see one particular gynecologist outside of the facility. “It was like they’re experimenting with their bodies.”

In one case, Wooten said, a woman who ended up with a hysterectomy was not properly anesthetized and overhead the doctor say that he’d taken out the wrong ovary. That woman had to go back and get her other ovary removed as well, Wooten said.

“We’ve questioned among ourselves, like, goodness, he’s taking everybody’s stuff out,” said Wooten, who was a full-time employee at Irwin until July. “That’s his specialty, he’s the uterus collector. I know that’s ugly.”

“Is he collecting these things or something,” she continued. “Everybody he sees, he’s taking all their uteruses out or he’s taken their tubes out. What in the world.”

Wooten also said she’d talked to several detained immigrants who’d had hysterectomies but didn’t know why. One detained immigrant told Project South that, ahead of the scheduled procedure, she was given multiple different explanations about what would happen and why it was necessary.

While ICE reported in August that 41 immigrants at Irwin have tested positive for COVID-19, Wooten believes that the true number may be much higher, according to the complaint. Women housed in multiple units in the facility allegedly exhibited COVID-19 symptoms, but were not tested for the virus for weeks. Immigrants have also allegedly continued to be transferred in and out of the facility, against guidelines by the Centers for Disease Control and the advice of Irwin’s own medical director.

The complaint also alleges that both the detained immigrants and staffers at Irwin lacked the personal protective equipment they need to stay safe during the coronavirus pandemic: People in both groups have only received one mask each since the pandemic broke out. It is also impossible to socially distance within the facility, according to the complaint.

Detained immigrants also said that the medical and quarantine unit in one part of the Irwin facility were filthy. One woman said she had to clean her cell using shampoo because staffers wouldn’t give her any cleaning chemicals; she recalled seeing another woman use her socks to do the same.

“If it wasn’t for my faith in God, I think I would have gone insane and just break down and probably gone as far as hurting myself,” the woman said. “There are a lot of people here who end up in medical trying to kill themselves because of how crazy it is.”

Some men at the facility even went on hunger strike, demanding to be released or to have better protections against the coronavirus, according to the complaint. But nothing  changed.

Meanwhile, employees are also expected to work even if they have COVID-19 symptoms and are awaiting their test results, Wooten said. And management at the facility also allegedly refuses to tell officers if any detained immigrants have tested positive for COVID-19, which could heighten their risk of contracting the virus.

“Ms. Wooten explained that she believes ICDC is hiding information about COVID-19 in order to keep things quiet,” the complaint alleged. “She stated that everyone in the facility is scared at this point, so management does not want to tell officers and detained immigrants the truth because they are afraid of an uproar. Instead, the secrecy has created a ‘silent pandemic’ where even if officers get COVID-19 from the facility, the officers won’t be able to blame ICDC because no one knows how prevalent COVID-19 is inside ICDC due to not testing detained immigrants and not sharing who has the virus.”

Neither ICE nor LaSalle Corrections immediately responded to VICE News requests for comment on the complaint. Besides Project South, the advocacy groups Georgia Detention Watch, Georgia Latino Alliance for Human Rights, and South Georgia Immigrant Support Network helped file the complaint with the Department of Homeland Security’s office of the inspector general. 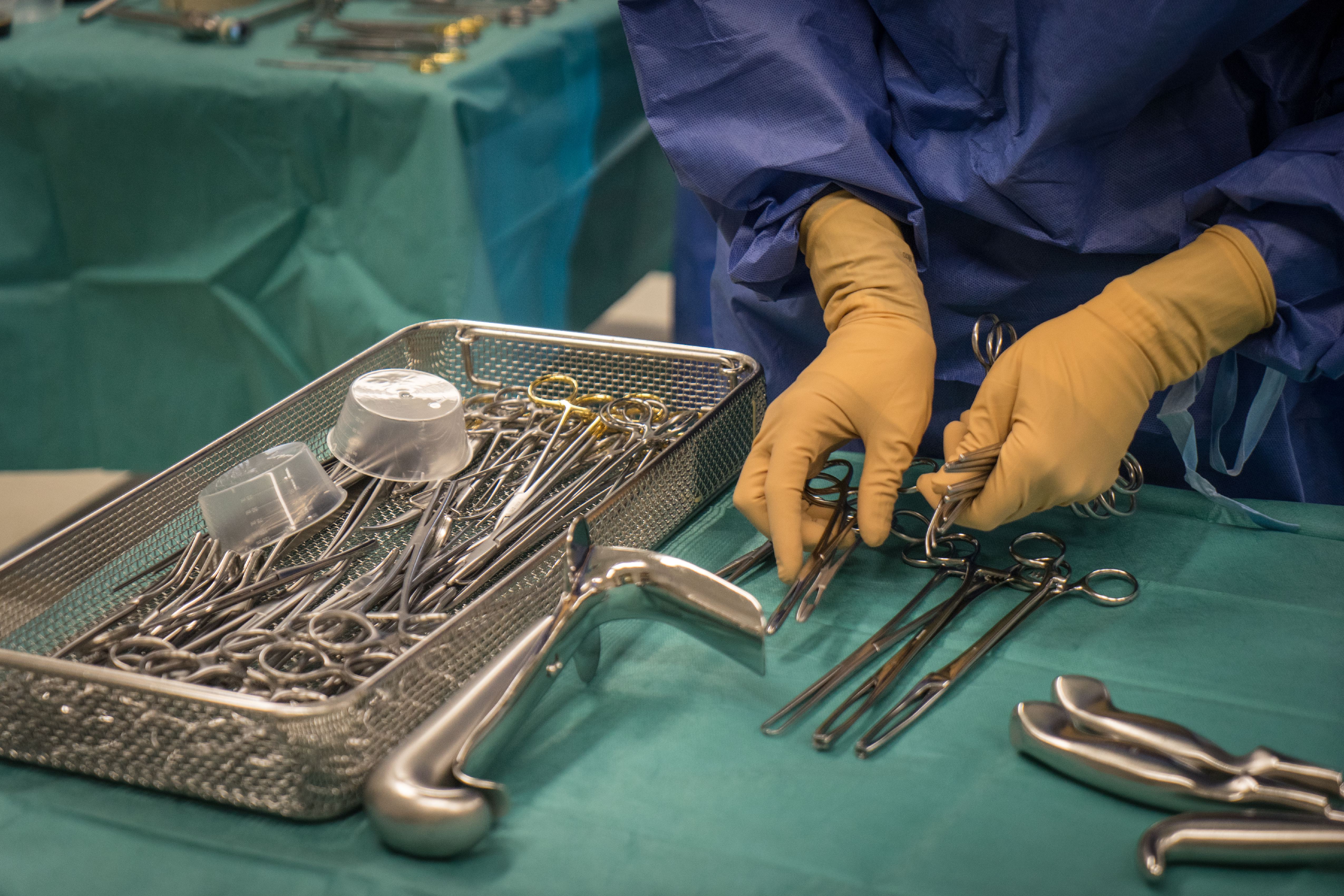