The Bank of England has kept interest rates at 0.1%, citing a lack of clarity over the UK’s future trade relationship with the EU and the path of the coronavirus pandemic as cause for concern.

The recent increase in the rate of Covid-19 cases could “weigh further on activity”, the Bank said.

The economy has recovered much of the lost output since lockdown.

However, the outlook remained “unusually uncertain”, the Bank said.

The Bank will continue its monetary support for the economy, but it stopped short of increasing its bond-buying programme or reducing interest rates further.

The Monetary Policy Committee (MPC), which sets interest rate policy, said previous projections of economic recovery were “on the assumption of an immediate, orderly move to a comprehensive free trade agreement with the European Union on 1 January 2021”.

Economic recovery would also depend on the evolution of the pandemic and measures taken to protect public health, the MPC said.

The Bank of England said despite a stronger than expected recovery in the last few months, the economy was still about 7% smaller than at the end of last year.

Usually if the economy is not growing strongly enough, the Bank of England considers lowering interest rates to encourage firms to invest and savers to spend.

However, interest rates are already close to zero after two emergency rate cuts in March.

The Bank also signalled that it had no intention of raising interest rates until “significant progress” had been made in getting inflation back to the Bank’s 2% target. It is currently at a five-year low of 0.2%.

The Bank said it did not expect inflation to return to target levels for another two years.

“We expect interest rates to be no higher than 0.1% for the next five years,” said Andrew Wishart, UK economist at Capital Economics. 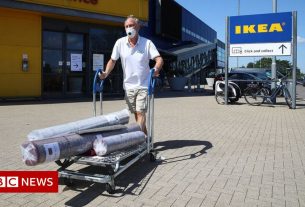 Ikea struggles with supply problems due to driver shortage 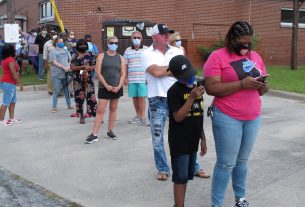 Georgia Republicans Just Made It a Crime to Give Voters Snacks 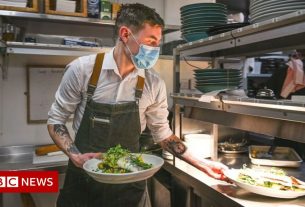