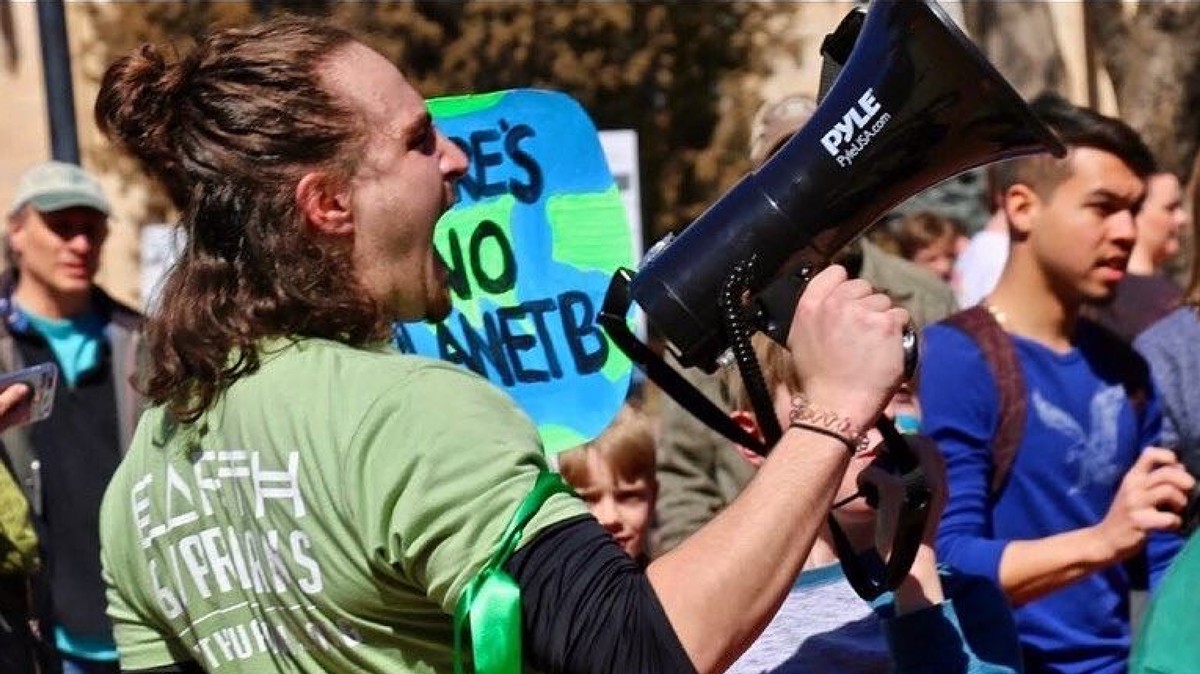 A protester arrested by Denver police during a demonstration near a homeless encampment in July said that one of the cops who arrested him sexually assaulted him with a baton.

Michael Jacobs, a 23-year-old student and environmental justice organizer who lives in Boulder, attended a protest in Denver on July 29 against the sweep of a homeless encampment near the state Capitol. Without warning, he said, he was grabbed and thrown to the ground by a group of cops who punched him in the face multiple times and hit him in the knees, and one allegedly “shoved” a baton into his rectum over his pants.

In addition to his rectal injury, Jacobs told VICE News, he suffered a concussion and a bruised rib, and is in physical therapy for an injured shoulder.

“Getting arrested is one thing, but they beat the shit out of me,” Jacobs said. “I was just like, “Why is this happening?’ I was in shock.”

A probable cause statement obtained by Denver TV station KDVR, which first reported the allegations Wednesday, states that Jacobs matched the profile of a man who had pushed down a fence; the video shows that Jacobs was outside of the fence when he was arrested. Police claim that Jacobs was “violently resisting arrest,” and charged him with disarming a police officer, a felony that’s punishable by up to three years in prison, for allegedly attempting to “disarm” an officer of their pepper-ball gun.

Jacobs said he was simply leaning on the fence, and he flat-out denied the charges, saying he’s fighting them.

“They said I was inside of the fenced-off area. They said I violently fought the police and disarmed them,” he said. “It’s just a blatant lie. As soon as they had me on the ground, it was like I went into shock … I never even looked at a pepper-ball gun.”

The Denver Police Department did not respond to questions about body camera footage from the alleged incident but confirmed an investigation.

“There is an open internal investigation into the allegation by Mr. Jacobs. Since it ongoing, it would inappropriate for us to comment at this time. The criminal case against Mr. Jacobs is with the DA’s office,” a spokesperson told VICE News.

During the protest, Jacobs said he was attempting to ease tensions between a group of angry protesters who were shouting at police by having a conversation with the cops.

“I started talking to them in a more productive way,” he said. “It was productive for 30 seconds until the officer turns around and walks away.”

“Next thing I knew, they grabbed me from behind and pulled me onto the street, threw me onto the sidewalk, and just beat the fucking shit out of me,” he told VICE News.

A video taken during the arrest doesn’t show the events leading up to it, but it does show Jacobs being thrown to the ground while at least four cops subdue him. It also shows one officer swinging his baton in a broomlike fashion; Jacobs told VICE News the officer was “shoving it into my rectum,” injuring him.

“Did they think I was the one screaming, ‘Die, Nazi, die’?” Jacobs said. “If anything, I was one of the ones trying to keep the protest peaceful, and I was wondering if I was targeted for that.”

Jacobs said that local elected officials have reached out on behalf of him for more information about the arrest, including any body camera footage, but that law enforcement officials haven’t responded. Despite the arrest happening more than a month ago, Jacobs and his attorneys are still waiting on discovery in the criminal case against him.

Jacobs said he’s going public with his alleged assault because he says Black and Indigenous people are commonly treated the same way at the hands of police. He said he was inspired to “go and show solidarity” with protesters after Denver school board member Tay Anderson, a Black man, was injured earlier in the same day, allegedly by a Denver police officer.

In 2019, 27% of the more than 1,000 people Denver police used force against were Black, though Black Denverites make up just 10% of the city’s population, the Denver Post reported in August. In nearby Aurora, where Elijah McClain was killed by police in 2019, nearly half of use-of-force incidents were against Black people.

“I don’t like putting myself through this trauma, but with the way Denver PD is being sketchy, they need to face repercussions,” he said. “Because what happens next time? What happens when they’re let off of the hook and kill someone? Black and Indigenous people of color go through the same thing every day and don’t get the same publicity.” 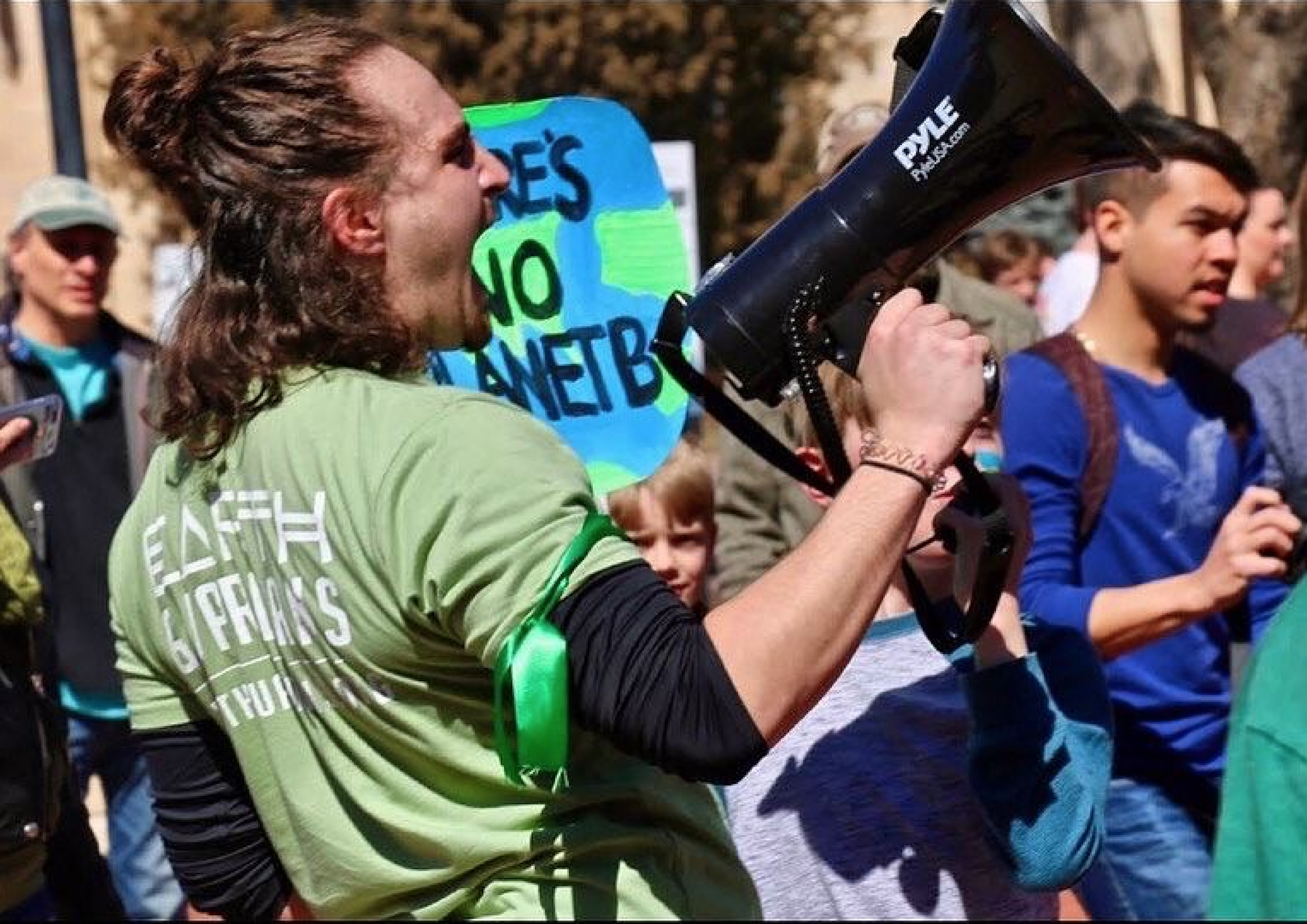 ‘We were all packed, then they cancelled our holiday’