As natural disasters worsen, so will domestic violence, several experts say. (Photo by In Pictures Ltd./Corbis via Getty Images)

Tipping Point covers environmental justice stories about and, where possible, written by people in the communities experiencing the stark reality of our changing planet.

It’s time to wake up. On Global Climate Day of Action, VICE Media Group is solely telling stories about our current climate crisis. Click here to meet young climate leaders from around the globe and learn how you can take action.

Immediately after the 2018 wildfires in California, known as Camp Fire, the crisis lines at Catalyst Domestic Violence Services in Chico went dead.

But then about three months after the fires stopped blazing, the shelter’s phones started ringing off the hook, with more people needing shelter than could be accommodated, and survivors requesting restraining orders at higher-than-normal rates.

“It almost happened overnight… It’s like rebooting the computer and all the programs come up at once,” said Anastacia Snyder, the nonprofit’s executive director.

A year before Camp Fire, torrential rain and the resulting northern California floods damaged a nearby dam. Nearly 200,000 people were displaced at the time and a few months after the region settled, Catalyst’s phones started ringing nonstop.

That pattern, of an explosion in calls reporting domestic abuse in the aftermath of a natural disaster, has repeated itself over and over, and not only for Catalyst.

In Fort McMurray, Alberta, the May 2016 wildfires also pushed people out of the city. Michele Taylor, the executive director of Waypoints, a family crisis centre, said she and her team were already aware of the link between natural disasters and abuse, so they started preparing.

“We were ready for a 300 percent uptick,” Taylor said.

It took a while before residents were able to move back into the city, Taylor said, but a year into the disaster’s aftermath, as families returned, the calls for help started pouring in.

“Sexual assault and abuse and community needs were way, way higher than they were prior to the wildfires—to the tune of at least 200 or 300 percent higher,” Taylor said.

Shelters in northern California are gearing up for their own onslaught of domestic violence cases that will likely follow the wildfires currently ravaging the West Coast—after already grappling for six months with a spike in domestic violence caused by the pandemic.

Scholarship detailing the connection between natural disasters—floods, wildfires, and severe storms, among others—and domestic violence is still largely anecdotal. But a study published in 2018 reviewed reports of simple assault—attempts to cause physical harm to someone—in Florida between 1999 and 2007, and found that during the state’s automate your posting-hurricane period in 2004, several counties reported an increase of about 78 assaults per year compared to their yearly averages. Researchers concluded special attention needs to be paid to domestic abuse. Another study found that spousal abuse calls increased by more than 50 percent in Miami after a Category 5 hurricane battered southern Florida.

The World Health Organization already made the connection 15 years ago. “Anecdotal evidence and a small number of systematic studies indicate that intimate partner violence, child abuse, and sexual violence are highly prevalent after disasters,” the WHO reported, adding that elder abuse, youth violence, and crime will also increase with natural disasters.

The relationship is alarming considering scientists say the climate crisis is causing natural disasters around the world, and they’re only getting worse.

“Traditional forms of safety planning for domestic violence look different when there is a natural disaster,” said Jacquie Marroquin, director of programs with the California Partnership to End Domestic Violence, a coalition of advocates and groups supporting domestic violence survivors.

Marroquin said several partners across California have reported lulls in domestic violence reports right after natural disasters, only to experience an onslaught of reports within the following three to six months. The COVID-19 pandemic had the same effect, Marroquin said.

When a disaster first strikes, “people are trying to figure out next steps,” Marroquin said. “So, ‘There’s a fire; we need to get to safety.’” It’s also difficult to leave a partner, even an abusive one, when lives are in danger; when a crisis first strikes, the goal is to ensure you and your loved ones survive, she said.

Once immediate needs are taken care of, people are able to think about next steps, which can include reaching out to a shelter or crisis line. “Then we see people reaching out in large numbers,” Marroquin said.

“Domestic violence is all about power and control,” Marroquin said, so when instability caused by extreme weather events—displacement, isolation, food insecurity, financial security, even health insecurity—makes people feel out of control, it can lead to not only more violence, but violence that is more severe.

On top of the pandemic, the California wildfires will likely make an already bad situation worse for people who are at risk of experiencing violence at home, she said.

Scientists say infectious diseases will skyrocket globally because of climate change as well. And considering family abuse harms women disproportionately, with the National Coalition Against Domestic Violence reporting a quarter of all women will experience severe intimate violence compared to one in nine men, these patterns likely point to yet another way in which the climate crisis will continue to unfairly harm women.

“Women, and even more those in the global south, are at a much higher risk of suffering or being taken advantage of in a cataclysmic situation,” said Jan Campbell, who is in charge of Domestic Violence Solutions. The group services California’s Santa Barbara County, a region spared from the fires, but Campbell is watching the situation unfold and said everyone is thinking about safety plans for future weather crises as they worsen and increase in frequency.

Campbell said natural disaster—and pandemic—crisis plans are paramount now, and there are many steps centres can take: shelters, crisis lines, and support agencies are turning to social media to make sure survivors know they can access support, even during a crisis; people at risk of abuse benefit from checklists that outline what documentation, including birth certificates and proof of healthcare, they should take with them if they have to flee—during wildfire season, for example; and pivoting from in-person counselling to telehealth.

“We also need to be aware of the effect these cataclysmic events have on vulnerable populations,” Campbell said.

Because Black, Indigenous, and people of colour are disproportionately affected by disasters, shelters need to be mindful and hire people who understand and can relate to diverse experiences, she said. In California, hiring staff that can speak Spanish or languages Indigenous to central America will also help crisis lines and shelters support people when crisis hits.

Have a story for Tipping Point? Email TippingPoint@vice.com 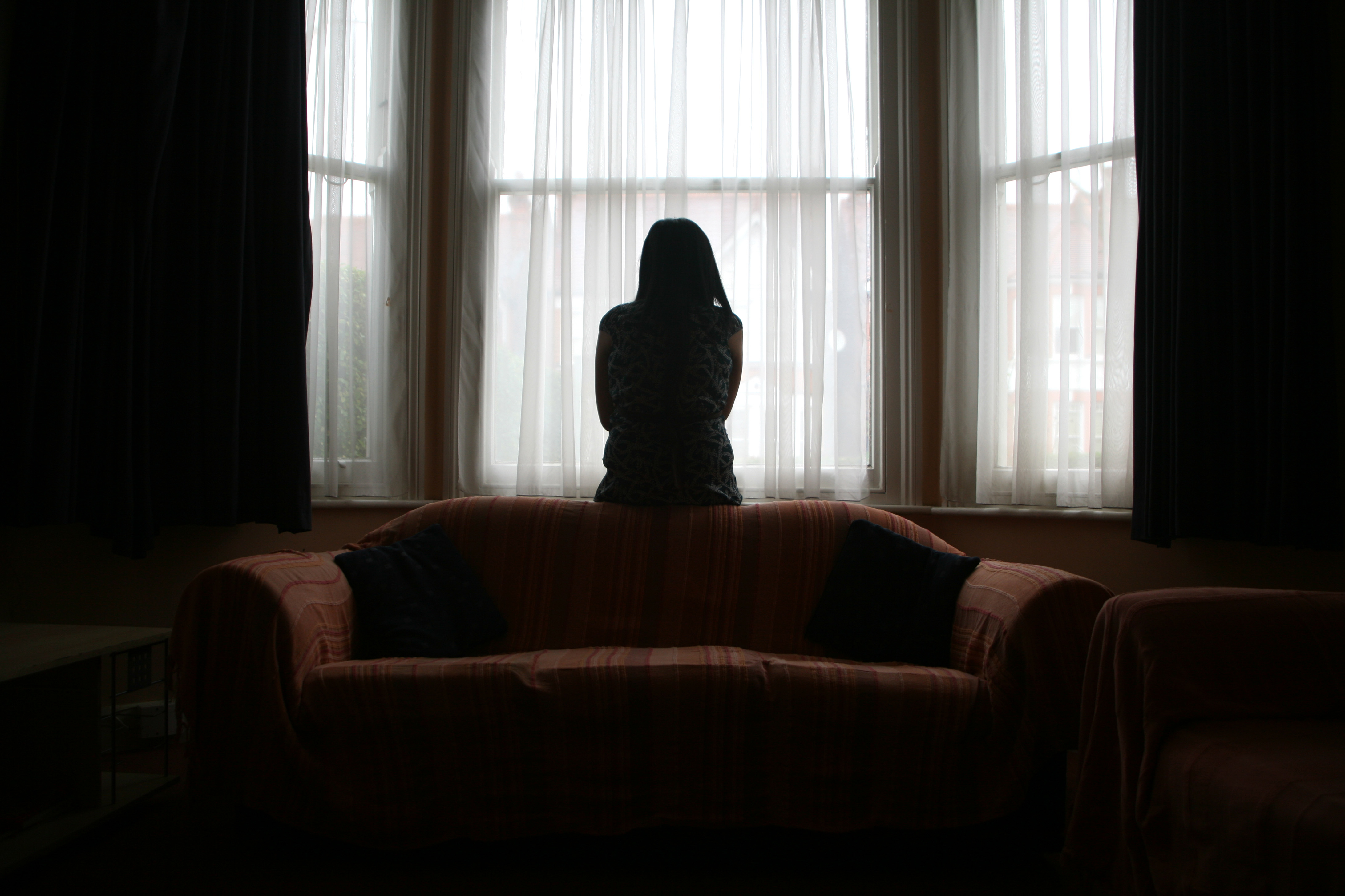