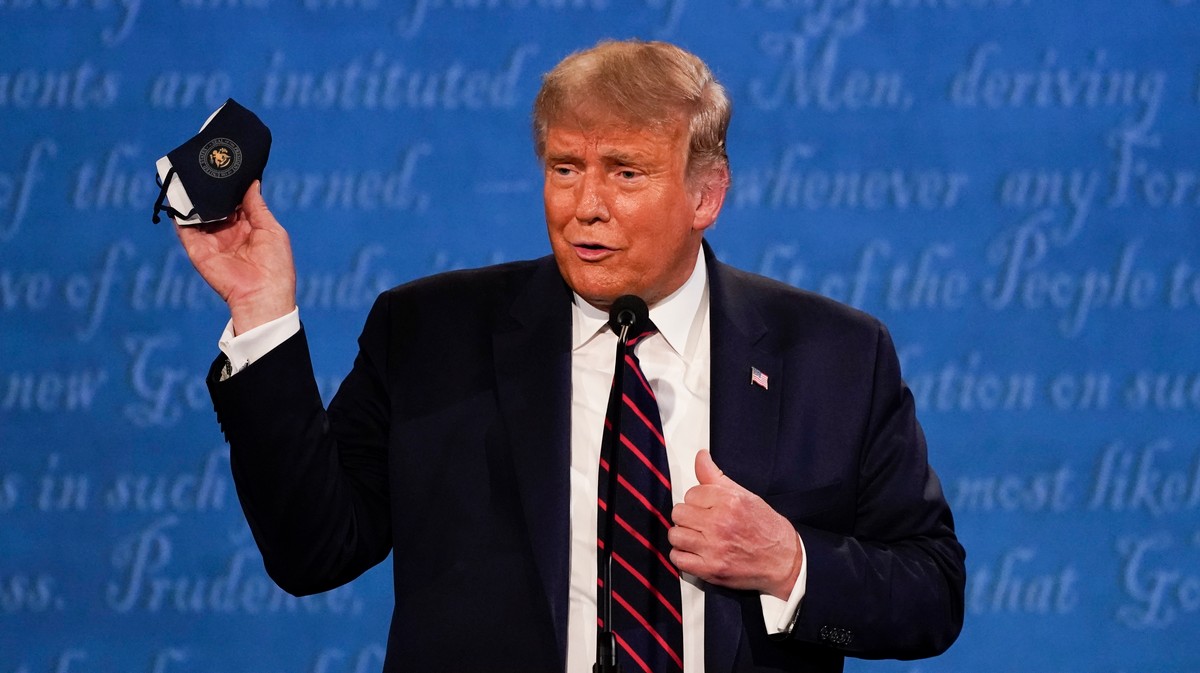 Trump’s late-night announcement via Twitter plunged the country into a new political reality barely a month before the Nov. 3 election, and underlined questions that have dogged his mercurial approach to handling the pandemic that has killed over 200,000 Americans.

Now Trump faces the deeply uncertain prospect of convincing Americans he deserves a second term, and attempting to lead the country, while battling the disease he spent months insisting was under control. Questions swirled Friday about what the hell would happen next — as the country faces an unprecedented national security crisis in the form of an acute threat to the president’s health, twinned with a political firestorm.

The White House physician Sean Conley breezily insisted in a late night statement that Trump would continue working “without disruption.”

Trump had returned to staging mass rallies after a controversial indoor event Tulsa, Oklahoma, in June, in a decision health experts warned could spread the virus. Trump’s last event was held in an airport hanger in Duluth, Minnesota, on Wednesday evening.

But those big gatherings are over — for now.

“Rest assured that I expect the President to continue carrying out his duties without disruption while recovering,” Conley wrote, adding they are “both well at this time.”

But Bloomberg News reported unidentified White House aides saying the president seemed to be “feeling poorly” on Wednesday, although they initially chalked it up to exhaustion from an intense campaign schedule.

Trump immediately cancelled the rally he’d planned to hold in Sanford, Florida, on Friday night, after a roundtable with his supporters at his Trump International Hotel in D.C. on Friday afternoon.

Only one item remained on Trump’s official schedule for Friday: hosting a phone call on COVID-19 support for “vulnerable seniors” — a description that now fully applies to the 74-year-old president as well.

Trump’s electoral strategy has relied heavily on his rallies — and Trump had plunged ahead with live appearances ahead of the Nov. 3 election despite warnings from public health experts that they could be super-spreader events.

Now, it’s uncertain how the Trump 2020 campaign will proceed, or how long the candidate will remain secluded inside the White House.

Political forecasters from across the spectrum immediately suggested that Trump’s political fortunes appeared to be in grave new trouble. Trump spent months urging the country to reopen and downplaying the virus, only to catch it himself.

Trump openly mocked his Democratic opponent Joe Biden for wearing a mask during their first debate on Tuesday. And only hours before his diagnosis, he made yet another rosy prediction that things were looking up.

“The end of the pandemic is in sight, and next year will be one of the greatest years in the history of our country,” Trump told a charity dinner in pre-recorded remarks Thursday night.

Yet Trump has somehow persevered through scandals grave enough to end the careers of other politicians. And other world leaders have suffered through bouts of COVID-19 already, including U.K. Prime Minister Boris Johnson and Brazilian President Jair Bolsonaro.

Trump’s diagnosis falls just one month from the election, however, raising big questions about whether he has the time to reframe his campaign, even if he ultimately lacks symptoms and finds an alternative way to continue effectively campaigning that doesn’t involve massive rallies.

Who else has it?

Trump’s close physical proximity to the rest of his inner circle raises thorny questions about who else in the White House might have the virus.

A spokesperson for Vice President Mike Pence tweeted Friday morning that Pence and his wife both tested negative.

Secretary of State Mike Pompeo told reporters, during a flight to Croatia, he’s been traveling for 10 of the last 17 days, has been recently tested, and is “feeling fantastic.”

A White House spokesman said that contact tracing for Trump and the First Lady is underway, and that “the appropriate notifications and recommendations will be made.”

White House Chief of Staff Mark Meadows has tested negative for COVID-19 “every day this week,” his spokesman told The Hill.

Meadows has reportedly been traveling with Trump and accompanying Trump’s nominee to the Supreme Court, Amy Coney Barrett, to her pre-confirmation hearing meetings with senators.

Trump’s diagnosis emerged moments after reports circulated that one of his closest aides, Hope Hicks, tested positive for the virus. Trump noted in an interview with Sean Hannity on Thursday night that he and the First Lady have recently been spending a lot of time with Hicks.

Photographs show Hicks traveled aboard Marine One with Trump advisors Jared Kushner, Dan Scavino and Stephen Miller on Wednesday —  hours before her test came back positive.

As of Friday morning, it remained unclear which, and how many, of the president’s top advisors would now feel obligated to fulfill the general recommendation for people who have come into recent contact with someone who has COVID-19, and self-quarantine for two weeks.

What about the debates?

Trump’s diagnosis has also thrown the next two presidential debates into deep uncertainty.

The first match-up between Trump and his Democratic opponent, Joe Biden, in Cleveland on Tuesday could easily be the last, unless some historic and unprecedented workaround can be found.

As of early Friday morning, however, the vice presidential debate is still on. Vice President Mike Pence remains scheduled to debate Democratic Vice Presidential nominee Sen. Kamala Harris on Oct. 7, in what may be the final debate of the season.

Biden now plans to get tested after sharing a stage with Trump on Tuesday night, CNN reported.

“He does need to be immediately tested,” CNN’s top medical correspondent, Dr. Sanjay Gupta, said early Friday morning. “He has come in proximity to someone that has COVID.”

The moderator of Tuesday’s debate, Fox News anchor Chris Wallace, 72, said he plans to get tested again, too. 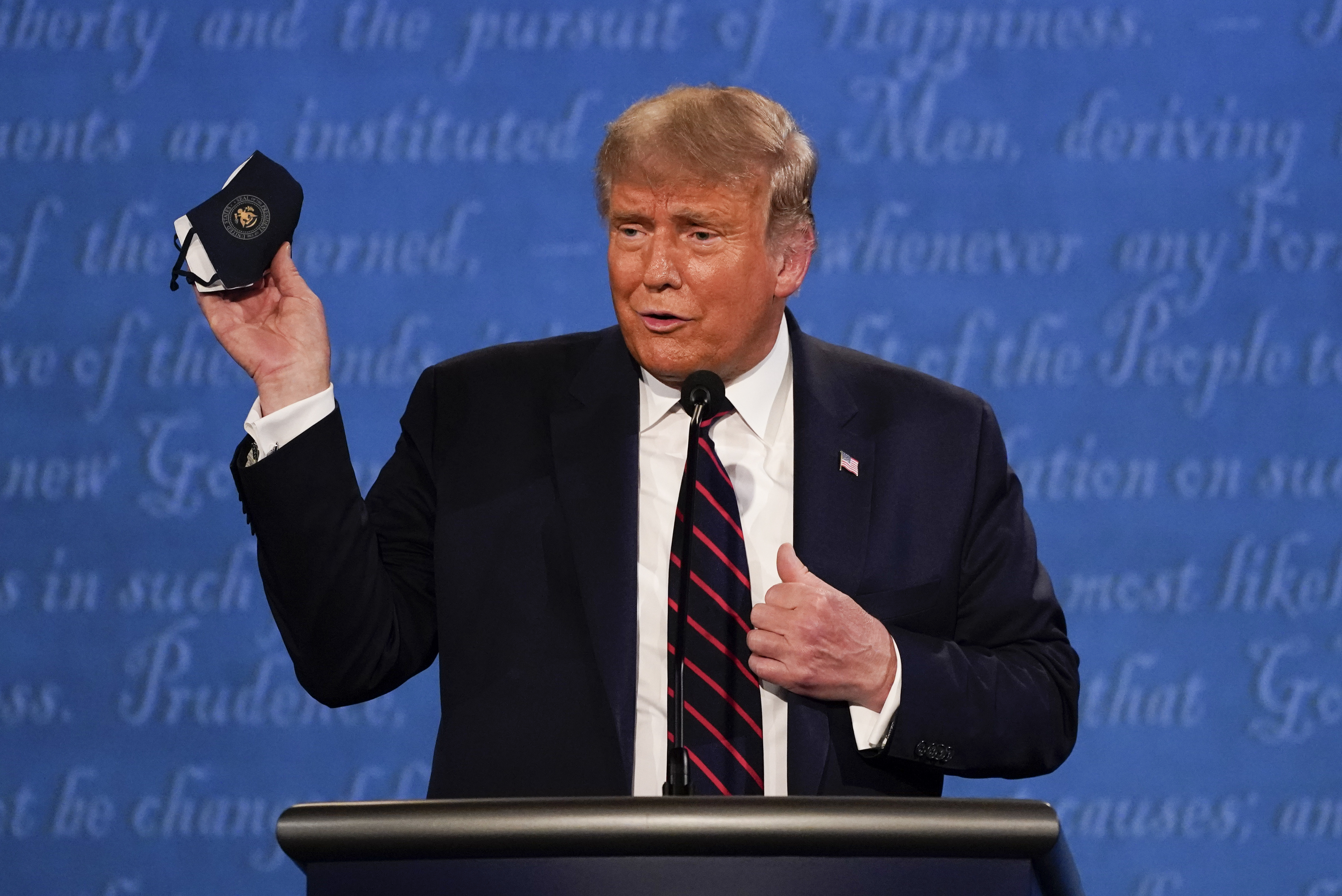 Coronavirus: EasyJet passengers will be required to wear masks

Amigo Loans: Bid for survival with plan to cap compensation