U.S. President Donald Trump walks on the South Lawn of the White House after arriving on Marine One in Washington, D.C., U.S., Thursday, Oct. 1, 2020. (Photo: Yuri Gripas/Abaca/Bloomberg via Getty Images)

President Trump has taken a significant dose of an experimental treatment for COVID-19 that hasn’t yet been approved by the Food & Drug Administration.

Trump will be moved to Walter Reed National Military Medical Center and plans to remain there for a few days, the White House said Friday.

Taken together, Friday evening presented the astonishing spectacle of a sitting American president being rushed to the hospital hours after announcing he tested positive for the novel coronavirus, while taking a drug so new that it’s not generally available for public use.

“He’s been given an experimental drug that shows promise,” said Dr. Jeanne Marrazzo, Director of infectious diseases at University of Alabama, Birmingham.

The drug hasn’t even received emergency use authorization from the FDA, which is normally how an early drug would be accessible to a patient.

“It hasn’t got any kind of FDA authorization,” Marrazzo said. “The only way people would normally be able to get this is by participating in a clinical trial.”

The drug ranks as one of the most promising treatments available for COVID-19, medical experts say, although it hasn’t yet received extensive testing. Marrazzo said she’s only aware of a single, public, randomized trial involving some 275 participants. But she cautioned that the company, and the federal government, may have more data that hasn’t yet been made public.

Trump has been given a single eight-gram dose of an antibody cocktail made by the drugmaker Regeneron, the White House said in a statement Friday.

Trump got the drug through what’s known as a “compassionate use” exception, Regeneron said, in which a sick patient can be granted access to a drug that’s not yet approved by the FDA outside of a clinical trial.

The company’s CEO, Leonar Schleifer, told The New York Times in an interview that Trump’s medical staff reached out to the company for permission to use the drug, and that the FDA cleared the request.

“All we can say is that they asked to be able to use it, and we were happy to oblige,” Schleifer told the Times. “When it’s the president of the United States, of course, that gets — obviously — gets our attention.”

Giving Trump the drug at this stage is probably safe, said Jonathan D. Dinman, chair of the Department of Cell Biology and Molecular Genetics at the University of Maryland. But monoclonal antibodies could, in theory, trigger an autoimmune response, in which the body begins to attack itself.

The point of dosing the president with a cocktail of antibodies would be to try and reduce the amount of virus in Trump’s body before they replicate too far, Dinman said.

“It’s like throwing a bucket of water on a fire that’s just begun. You’re hoping you knock it out. though it might not,” Dinman said. “He’s already tested positive, so the virus is already established. That means we don’t know if the bucket of water is big enough.” 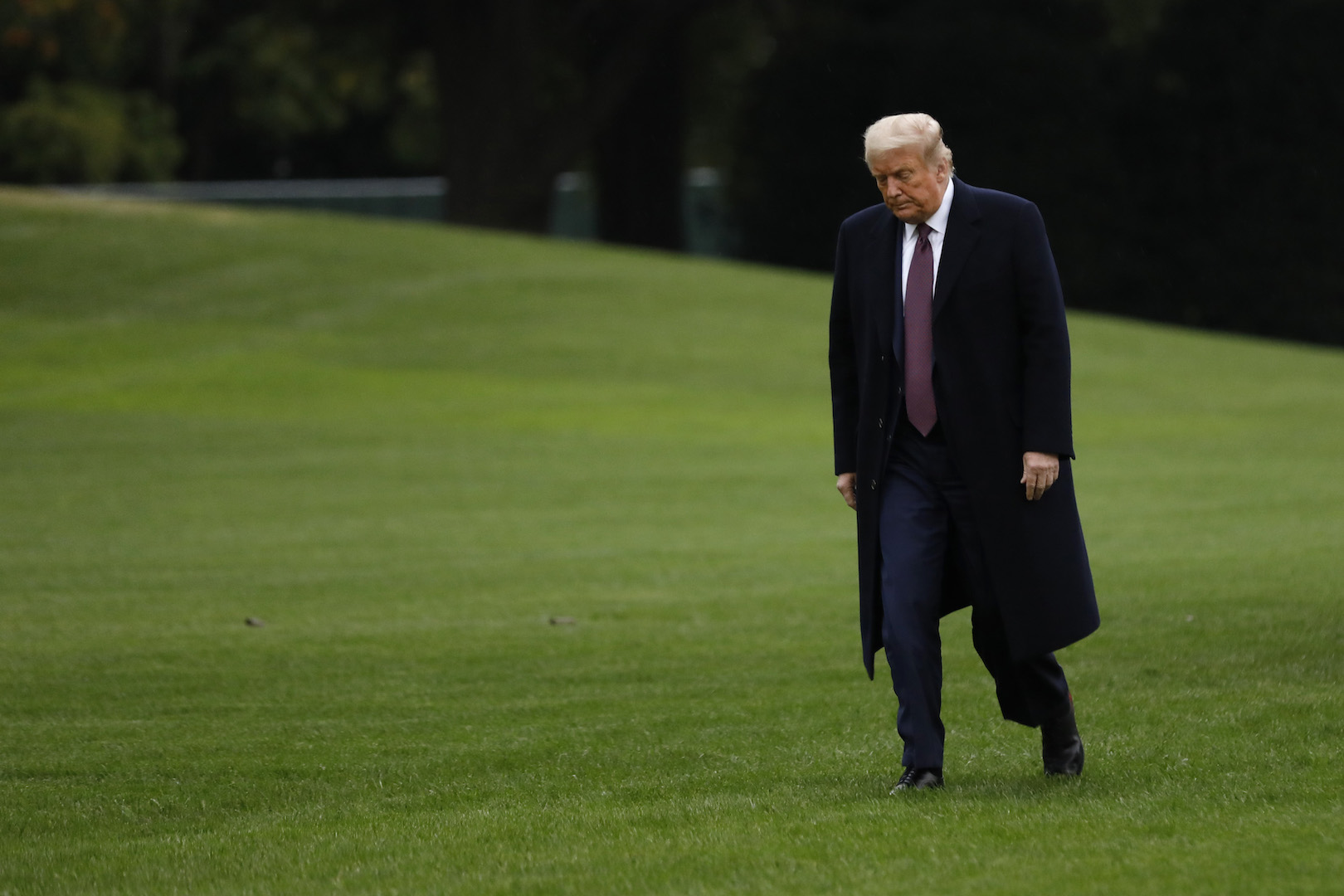