President Donald Trump said he feels “really good” and “really strong” in an interview with a Fox News contributor who’s also a doctor Friday, his first since his diagnosis with COVID-19. But he also didn’t seem to be sure if he was still taking medication.

Earlier in the interview, which was pre-taped, Trump said he had been “medication-free” for about eight hours. When Fox News contributor Marc Siegel — a doctor at the NYU Langone Medical Center — asked what medication he was on, however, Trump responded: “I think, really, nothing.”

Trump was also evasive when asked how long the doctors wanted him to stay at the hospital or when he last tested positive.

“I have been retested and I haven’t even found out the numbers,” Trump said. “I know I’m at the bottom of the scale or free.” The White House has so far refused to explicitly say when Trump’s last negative test took place.

Trump’s main symptoms were congestion, which showed up on a lung scan, he told Siegel, known for comparing the coronavirus to the flu. He also complained of a sore throat and lack of energy. “You were tired, it was just getting to you. My life is based on energy and you didn’t have it,” Trump said. “It could have led to bad things from this point.”

Trump was diagnosed as part of an outbreak that’s infected several people in Trumpworld and elsewhere and forced dozens into quarantine. On Friday, Dr. Anthony Fauci, a top advisor on the White House coronavirus task force, said that Amy Coney Barrett’s confirmation event on September 26, where few people wore masks or practiced social distancing, was a “super spreader event.”

Trump admitted that he “maybe” was infected during a White House event.

“I don’t know, we had some big events at the White House. Maybe there,” he said. “We learned this is a contagious disease, and generally you get better from it.”

Trump claimed that the Secret Service approved his drive-by outside of the hospital last weekend, and defended his decision to expose Secret Service members to COVID-19.

“I had tremendous numbers of people, I  could hear them from the hospital. Through these very powerful windows I could hear people shouting with love,” Trump told Siegel. “I went to the Secret Service, and these are the people with me all the time, and they said, ‘We have no problem sir.’”

“It was a great display of love, Trump added. “I don’t think there was one negative person.”

Dr. Sean P. Conley, Trump’s personal physician, said that Trump could resume public appearances on Saturday, although that marks just ten days since Trump’s positive COVID-19 test. Trump is planning to make an appearance at a rally on the White House lawn Saturday and a campaign rally in Florida on Monday.

On Friday, the second presidential debate was officially canceled by the Committee on Presidential Debates, one day after Trump refused to virtually debate Biden. Biden will instead hold a town hall of his own in Philadelphia; the White House has so far not announced what Trump will do. The third debate is currently scheduled for October 22.

Trump said he would do a debate outside in Miami Beach. “I’d have no trouble with it at all,” he said. “Outside is better than inside with this crazy thing.”

Trump said that the main lesson he’s learned from the experience is that he caught it early, and described his experience at the hospital. “They said, ‘Leave your jacket on, leave your shirt on,’” he said. “I said, ‘I can take it off if you want.’ It tested good. I think they had some congestion in there but it tested ultimately good and with each day it got better.’” 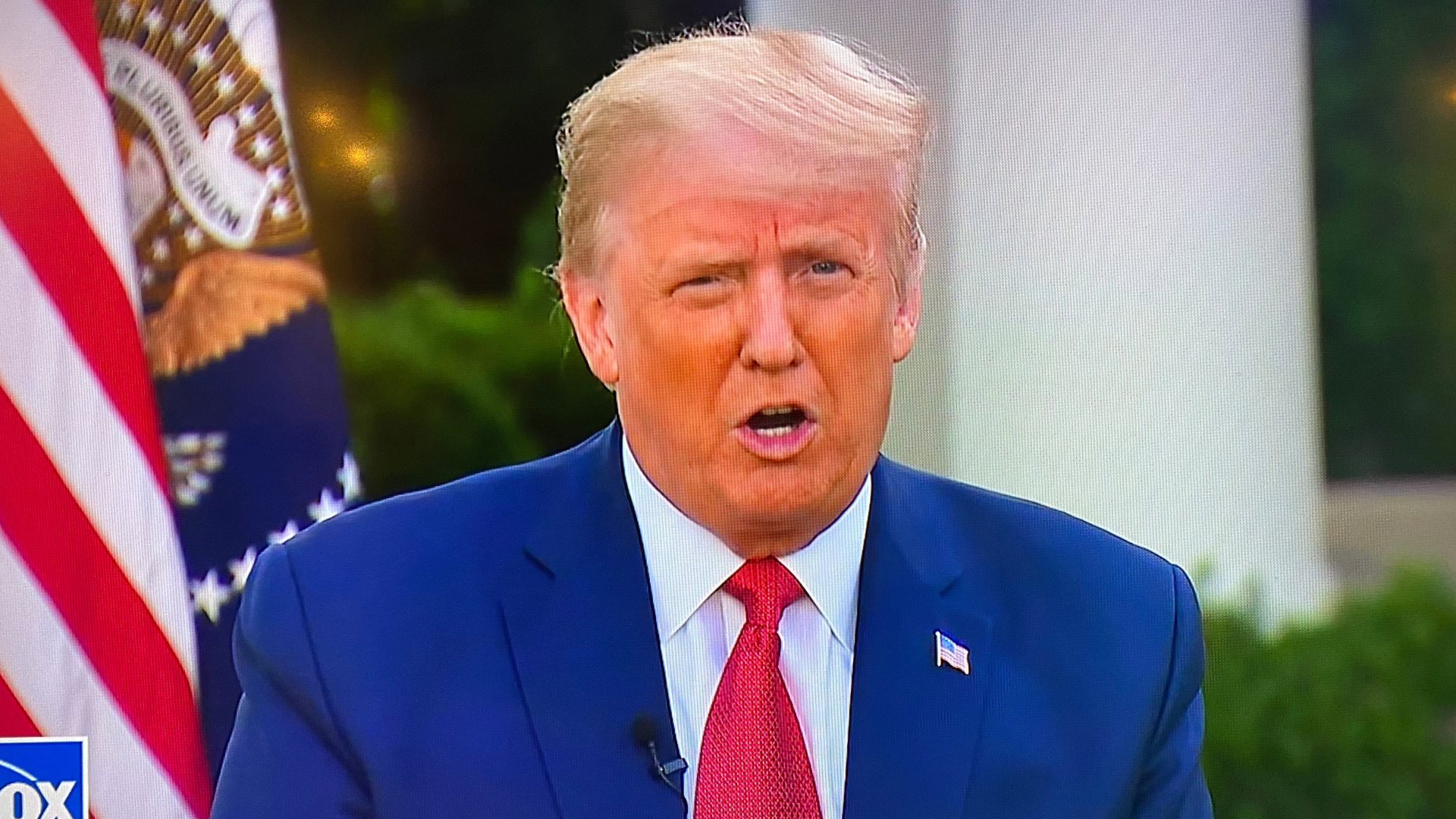 What to Get Someone Who Loves the Beach?