Screenshots of video posted to Twitter by Jake Offenhartz showing the ultra-orthodox protest over COVID restrictions in Brooklyn on October 7, 2020.

Politically conservative members of an Ultra-Orthodox Jewish community in Brooklyn attacked a journalist and accused him of being a snitch during the second night of protests against increased COVID-19 restrictions in New York City.

A mob of protestors in the Borough Park neighborhood of Brooklyn cornered Jacob Kornbluh, a reporter for the Jewish Insider, Wednesday night. Video of the incident, shared on Twitter, shows the protestors berating the reporter before he’s let go and chased away from the scene. The mob called him names, including “Nazi,” “Hitler,” and “moyser,” the Yiddish term for snitch, according to multiple local reporters on the scene. Shortly after being chased away, Kornbluh tweeted that the mob physically assaulted him, kicking him and hitting him over the head.

Wednesday was the second night that Borough Park’s Ultra-Orthodox Jewish community took to the street in revolt against Gov. Andrew Cuomo’s order to restrict public indoor gatherings to 25% capacity or in areas with more severe COVID-19 spikes, close down local businesses and schools. At least 20 neighborhoods across the state have made the list after seeing an influx of new COVID cases.

Many of the nine zip codes located in New York City are in predominantly Jewish neighborhoods in Brooklyn and Queens and have seen at least a 5% spike in positive coronavirus tests since Oct. 1. Some of these communities have accused the local government of singling out the religious group as the city tries to prevent a second wave and pointed out that the restrictions coincide with the ongoing Jewish holiday Sukkot.

But the governor’s office has repeatedly said that the closures are not the result of discrimination but reacting to a clear pattern of positive coronavirus test results.

The protests, led by local conservative radio host and self-proclaimed community activist Harold “Heshy” Tischler, have been the scene of chaos since kicking off Tuesday. Protestors have been seen burning masks in the street, have attacked photographers, and sent at least one counter-protestor who is also Jewish, to the hospital after attacking him with rocks according to the Gothamist. Protestors have also been seen waving Trump and Thin Blue Line flags.

On Tuesday, a bystander filmed Tishcler calling Mayor Bill De Blasio’s wife Chirlane McCray a “Kurva,” the Yiddish word for whore. For months, the city’s first lady has been rumored to be preparing to run for Brooklyn Borough President.

“If you think, Mrs. de Blasio, a retard woman, kurva, whatever you are, you think you’re going to get elected to borough president — you will not be elected,” Tischler said. The reporter who initially shared the video confused the Yiddish term for “coon.”

Tischler is currently running for a New York City Council seat in Brooklyn. Despite the violence and the presence of the NYPD, no arrests have been made on either night of the protests. Other members of the Jewish community have called out the inaction.

The NYPD has attempted to break up large gatherings of Jewish men and women celebrating Sukkot on the streets of Crown Heights, Brooklyn. Video share on social media shows that the cops were met with resistance.

Since the start of the pandemic, New York City’s Orthodox Jewish community has been one of the most impacted by COVID-19. In the first month of the pandemic, hundreds died of the deadly respiratory disease, according to the New York Times. Despite the number of fatalities, a large portion of the community has repeatedly flouted state restrictions, with thousands gathering for funerals and other religious traditions, and the continuation of classes at Yeshivas even as other NYC schools were shut down. 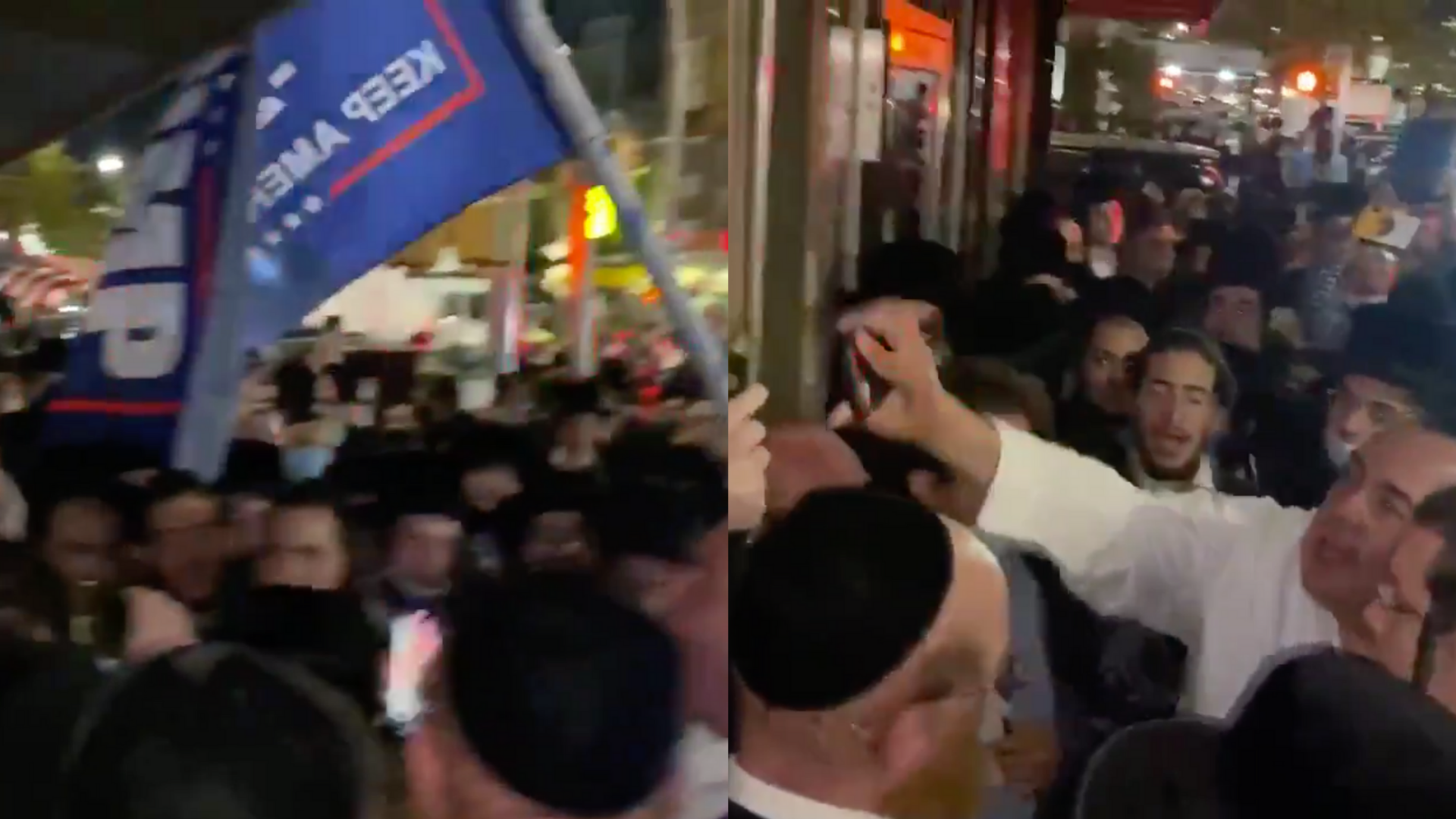