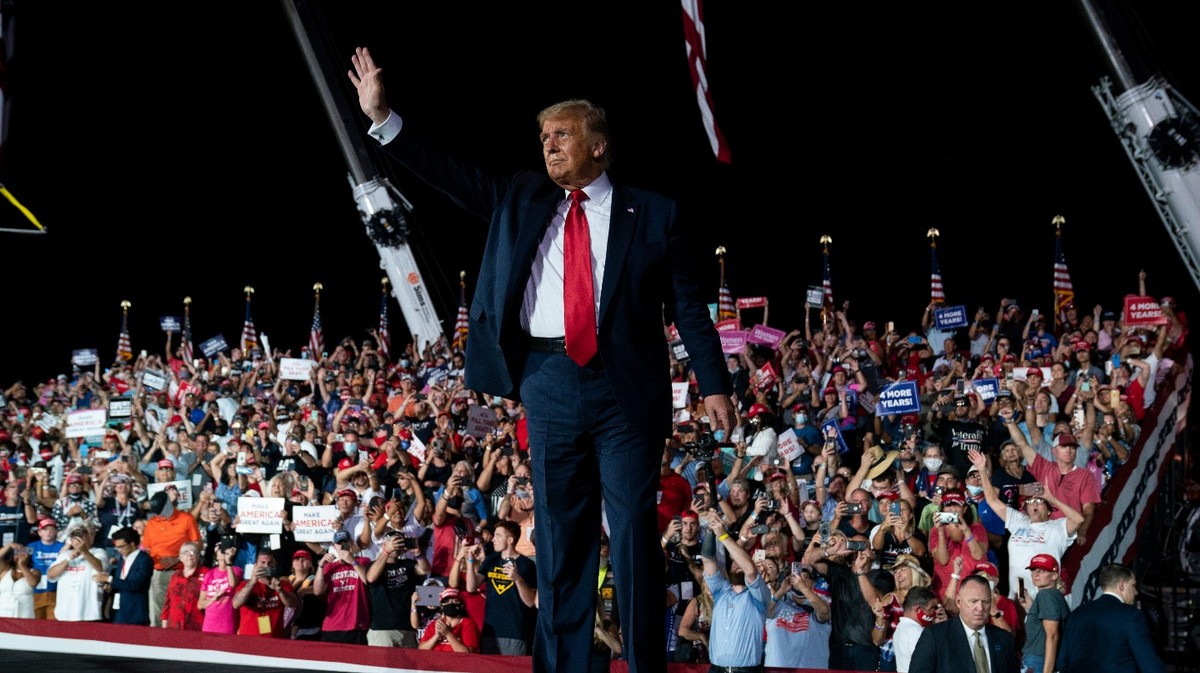 President Donald Trump, a man who has been accused of sexual misconduct by more than two dozen women and was hospitalized with COVID-19 10 days ago, threatened to jump into the audience of his Florida rally on Monday night and give “the beautiful women…a big fat kiss.”

Trump was speaking to a crowd of thousands of maskless supporters at an airport hangar in Sanford on Monday night, his first campaign rally since he was hospitalized after contracting COVID-19.

“They say I’m immune,” Trump said, repeating a claim for which there is no scientific evidence.

“I feel so powerful. I’ll walk in there and kiss everyone. I’ll kiss the guys and the beautiful women, I’ll give you a big, fat kiss,” Trump continued, later adding: “They say you’re immune. I don’t know for how long. Some people say for life, some people say for four months.”

Trump tested positive for coronavirus 11 days ago, but on Sunday his personal doctor said he was no longer a transmission risk. On Monday evening, the president’s medical team said he had “tested negative on consecutive days”, but didn’t say which days, or how many. The report also said he had tested negative using a rapid antigen coronavirus test that is not intended for that purpose.

Trump’s rallies are in direct contravention of his own administration’s guidelines on mass social gatherings and are likely the largest mass gatherings taking place anywhere in the country right now, as coronavirus infections continue to surge in at least 31 states.

There was no social distancing on display in Sanford, Florida’s Republican governor Ron DeSantis high-fived the audience without a mask on. Trump continued to mock Democratic nominee Joe Biden’s socially-distant rallies, where attendees sit in designated circles.

“They only have the circles because that’s the only way they can fill up the room,” Trump said, before pointing at his own supporters and saying: “These are the real polls.”

But the actual polls show that Biden is leading the president by double digits and ahead in most swing states.

In a bid to claw back some of that gap, Trump is pushing for an aggressive campaign plan, including multiple rallies in a single day. This week, after Florida, Trump will visit Pennsylvania, Iowa, and North Carolina, all states he won in 2016 but that Democrats now believe they have a chance of flipping.

Trump sounded hoarse as he delivered his 65-minutes speech, but other than that, the president returned to his usual litany of factually inaccurate claims about the border wall, killing terrorists, and “fake news.”

He also griped about not winning the Nobel Peace Prize, which was awarded to the World Food Programme last week, claiming the media didn’t give his nomination enough coverage.

“I turned on the fake news, story after story, they talk about your weather in the Panhandle,” he said, referring to coverage of hurricane Delta, which has left at least four people dead, damaged property, and left hundreds of thousands without power. 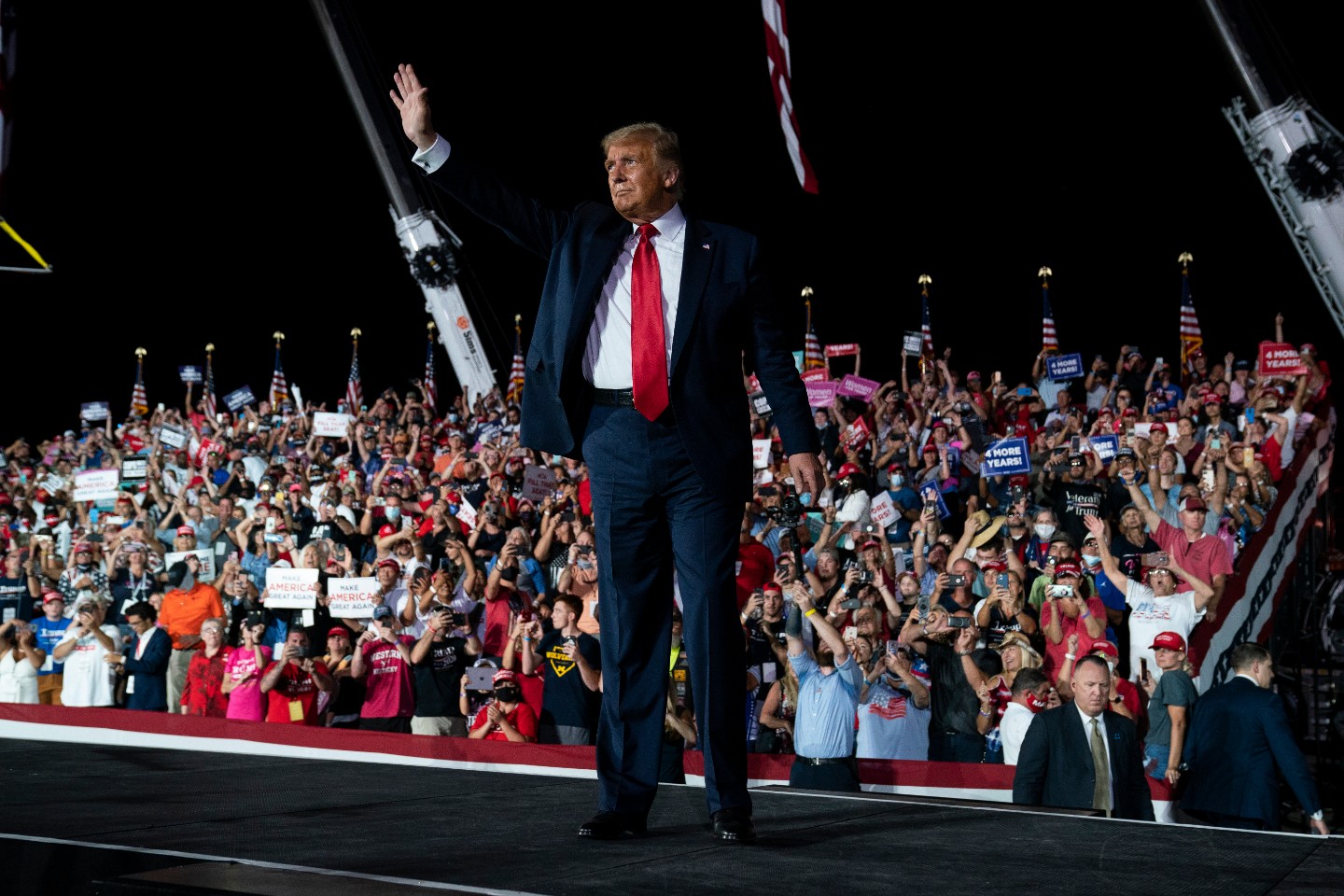