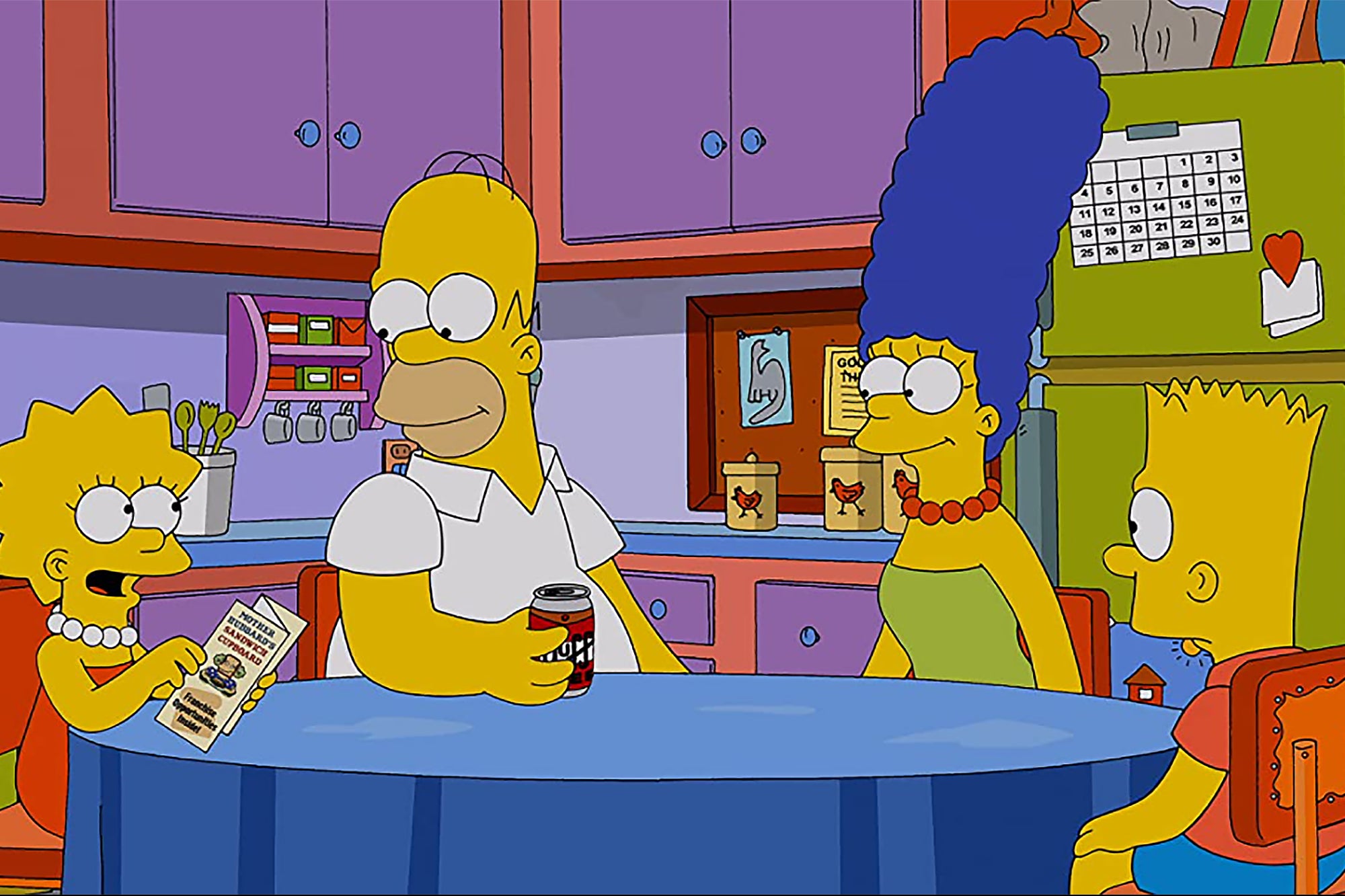 Gen X has really proven itself this year. In a time of crisis where staying home and bingeing television is the noble course of action, we have shown we can lead. This isn’t an accident. We have been preparing for this our whole lives.

We had The Simpsons — a treasure trove to mine over and over. And that is exactly what I intend to do here. There is no other cultural artifact so rich in brand names. There isn’t even a second place. The writers are virtuoso namers. While growing up with The Simpsons prepared me for quarantine, it also prepared me for a naming profession I didn’t know existed.

Here’s some of what I learned about brand names from The Simpsons.

In addition to creating dozens and dozens of purposefully bad names, the show gives us a host of good ones, in the process forming categories of names we should consider for real businesses, like these:

Real Word. These names (like Apple and Amazon) work well by providing a rich context of meaning for the company. The names function as metaphors. What is iconic Duff Beer saying? Is it something you drink while sitting on your rear end? The malt liquor company Kingpin says you can call the shots. There is a cola company called Buzz. Can you feel it?

Compound. These names take two common words and put them together to create something new. Facebook is a good example. The Simpsons nod to this. Homer worked at a company that made teeth-whitening strips called Flashmouth. In another episode, he became addicted to an app that helped him accomplish tasks called ChoreMonkey. The show also demonstrates how this naming convention can miss with the laughably generic Autoland and MoneyBank.

Blended. Pinterest is an example of a blended name, where “pin” overlaps the first syllable of “interest.” The idea of pinning your interests is perfect for Pinterest. In the show, neighbor Ned Flanders starts a company to sell religious products called Flancrest Enterprises. His surname overlaps with crest, i.e. the top of a mountain or hill. Is this occupation the peak for a person like Ned? The name indicates that it is.

Place. Patagonia is a rugged destination. Better than Marlboro (the company that capitalized on the smoker as a cowboy trope), Laramie uses a place name to connect cigarettes with open spaces, mountains and horseback. Osaka Seafood Concern is not only a place, but sounds great with the repeated “s” and “k” sounds. Then there is the recurring Aztec Theater. The name is a possible reference to the theater of the same name in San Antonio, but either way equates the movie-going experience with traveling back in time.

Phrase. Names like Outdoor Voices tap into a known vernacular and point of view. We know what it means and feels like to use our outdoor voice. In the show, there is a comic book store called The Android’s Dungeon. This phrase is effective because it taps into two major themes in the genre: space/future and castle/magic. Maybe the most prominent phrase name in the show is Springfield Nuclear Power Plant. While Android’s Dungeon taps into a deep vein of meaning, the power plant name is bland.

Related: Do Quibi’s Problems Come Down to a Confusing Name?

Perhaps better than showing us what works, The Simpsons teach us how naming can go wrong. Here are a few things we learn to stay away from:

Descriptive. These names are everywhere. They are direct but forgettable. In addition to the Springfield Nuclear Power Plant, we see these more cheeky names parodied as Sit-N-Stare Bus Lines, Starving Teachers Moving Company and Ex-Con Home Security. You know exactly what they do, but you don’t want to be part of it. If you hope to build a brand, these are difficult to work with.

Literary devices. This is a catch-all category of names that rely on tactics (or gimmicks) to make the name more memorable. It is a good idea on the surface, but fraught with peril. Some of the tactics used to create a sticky name are rhyme, misspelling and puns. These devices can backfire though. Here are a few examples from the show: The Copy Jalopy (with the tagline: “We tried to make copying fun”), Kliff’s Kar Chalet, the everpresent Kwik-E-Mart (what’s with the “k”?), and Cruller World (cruel word + donuts?). The names are memorable, but not for good reasons.

Acronyms and Initialisms. Abbreviating a name is usually the least bad option. 3M is better than Minnesota Mining and Minerals. That doesn’t make 3M good, just less bad. Abbreviations can get lost. They are forgettable. They don’t create a strong hook for the brand story, and they aren’t interesting enough to make you pause and investigate. In The Simpsons, the writers abbreviate American Shipping Services (pretty long and forgettable) to A.S.S. It is certainly less bad, but probably not good. National Ringworm Association becomes The Other NRA. I don’t think that one is even less bad.

Cultural Appropriation. The Simpsons call out an issue that has become increasingly relevant. There is an ice cream truck in the show. The brand is Native American Ice Cream. In parentheses on the truck, it reads: “Formerly Big Chief Crazy Cone.” While poking fun, it shows that sometimes we go from bad to not much better. The name generalizes all Native American culture into one identity, turning that generalization into a mascot, and using it to sell an unrelated product. It sounds like something a sports team would do.

Related: How to Test and Choose the Best Name for Your Business

So, maybe you weren’t lucky enough to be prepared for life by The Simpsons, bou can still benefit from a 30-year case study in naming. Stay away from the losers. Stick close to the winners.

The Top 6 Skills Every Copywriter Must Have