Facebook is allowing President Donald Trump’s reelection campaign to run dozens of election ads falsely claiming that all Americans will get an experimental treatment for COVID-19 for free.

The ads are targeting voters in swing states and have already racked up tens of thousands of impressions in Florida, Arizona, Michigan, Pennsylvania, Iowa, Wisconsin, and North Carolina.

The ads feature audio from one of the videos Trump published after he left Walter Reed National Military Medical Center, where he was treated for COVID-19. In the video, the president makes promises that he simply cannot keep.

“I went into the hospital a week ago, I was very sick and I took this medicine and it was incredible. I could have walked out the following day,” Trump says in the ad.

Trump was treated with a cocktail of drugs that included experimental monoclonal antibodies from Regeneron, which is not yet approved by the Food and Drugs Administration.

Regeneron has applied for an emergency use authorization from the FDA, which means the antibody cocktail can be approved based on early data. That’s only allowed in the case of national health emergencies, and the treatment still has to go through a number of tests to prove that it is safe for use.

Regeneron has refused to say how much the treatment costs, but a study in the Global Journal on Quality and Safety in Healthcare points out that over the last 20 years, similar approved monoclonal antibody treatments have cost on average $96,731.

Trump was given the equivalent of more than three doses of the treatment.

But even if Regeneron does get FDA emergency approval for the treatment’s use, there won’t be anywhere near enough doses to meet demand.

Speaking last weekend, Regeneron CEO Len Schleifer said his company has about 50,000 treatment courses stockpiled at the moment, and is working towards supplying 300,000 courses to the U.S. within the next few months

But FDA Commissioner Scott Gottlieb, M.D., told CBS’s Face the Nation on Sunday that the U.S. would need to produce between 300,000 and 400,000 antibody treatment courses each month to keep up with continued demand in what he called a potentially “difficult fall and winter.”

“We would have needed to take different steps in April and May to ramp up manufacturing capacity to have the drug available in larger quantities now,” Gottlieb said. “It’s too late for this year. I think we could still take steps to do it for 2021, but we’re stuck with the doses we have.”

While Facebook has taken a number of new steps to prevent election misinformation spreading via its ad platform, it has repeatedly fallen short.

Last week VICE News reported that the Trump campaign was running dozens of ads claiming the president may be “immune” from coronavirus, a claim that is not backed up with any scientific evidence.

Facebook’s own coronavirus misinformation policies explicitly prohibit “exploitative tactics in ads” such as implying “that their products guarantee a cure.”

Facebook did not immediately respond to a request for comment about whether or not Trump’s ad breached its coronavirus misinformation policies. 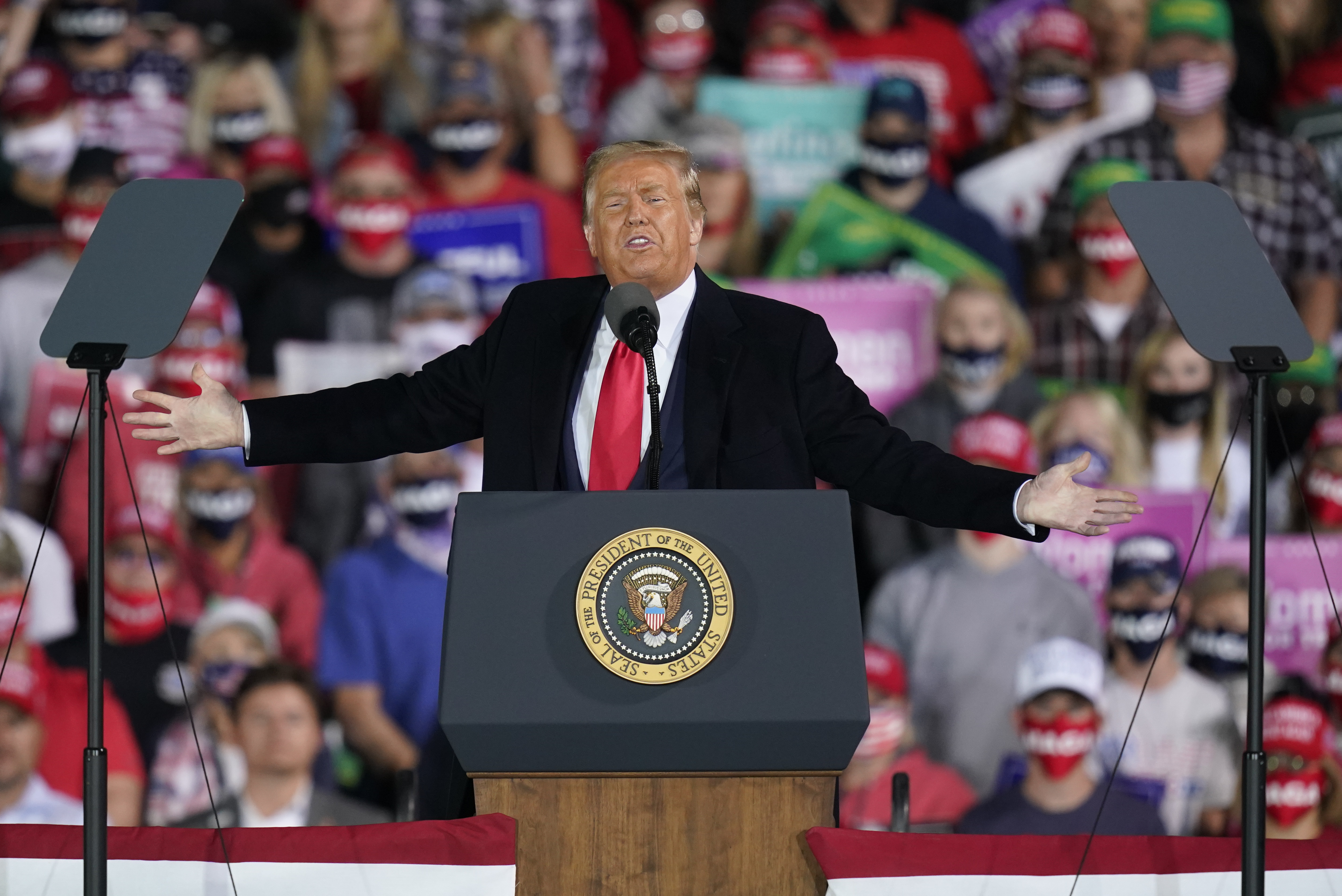