Lawyers for the California Republican Party said the GOP will ignore a cease-and-desist letter from state officials and continue collecting ballots in collection boxes stationed at places like churches, gyms and gun shops, making a mockery of a state law that was supposed to expand access to voting.

Attorney Thomas M. Hiltachk wrote a letter to Secretary of State Alex Padilla Wednesday, which alleges that the “program you now falsely claim to be illegal is a perfect example of what you ‘proudly’ stated to be permissible just last year.”

The letter said the Republicans intend to continue collecting the ballots in drop boxes, despite the cease-and-desist letter from Padilla and Attorney General Xavier Becerra demanding they remove the boxes by Thursday. A spokesperson for Padilla told CNN that the office is reviewing the GOP’s letter.

The state GOP is testing the boundaries of a law passed by the Democratic legislature and signed into law in 2016, which said that voters could authorize “the designation of any person,” including campaign officials, to collect their ballots and return them on their behalf. The boxes have appeared in at least four counties in locations such as gun ranges and churches.

Some of the boxes were initially marked “official,” though the party has said they will remove those labels from the boxes bearing them. Rick Hasen, an election law blogger and professor at University of California-Irvine, tweeted Wednesday that aside from the mislabeling of the boxes, which could be constituted as fraud, it’s unclear if what the Republican Party is doing is illegal.

Still, however, he said that “no one should use unofficial” drop boxes.

Hiltachk denied that the party knew about drop boxes labeled “official,” though a regional field director posted a now-deleted tweet in front of one such box last week. “The California Republican Party did not promote, or authorize the promotion of, the secure boxes as ‘official mail drop boxes,'” Hiltachk wrote. “When we learned that a sign using the word ‘official’ was used in some locations on Saturday, October, 10, 2020, we corrected that error immediately and within hours.”

Hiltachk also alleged that a similar ballot collection program was being run by Democratic congressional candidate Harley Rouda. But in an exhibit attached to the letter, the directions given for the “neighborhood ballot hub” is that the collection has to be staffed by a “volunteer ballot collector.”

President Donald Trump, who has railed against and sued over attempts to expand voting access this year, lent his support to the California GOP’s cause this week.

“Fight hard Republicans,” he tweeted on Wednesday. “They have been taking advantage of the system for years!”

Cover: Mail in ballot from the Los Angeles County Registrar Recorder. This ballot is for the November 3, 2020 election, and covers LA City, LA County, California, and US. This ballot can be mailed in postage free or dropped off to special ballot boxes all over LA County. 9/5/2020 Los Angeles, CA USA (Photo by Ted Soqui/SIPA USA)(Sipa via AP Images) 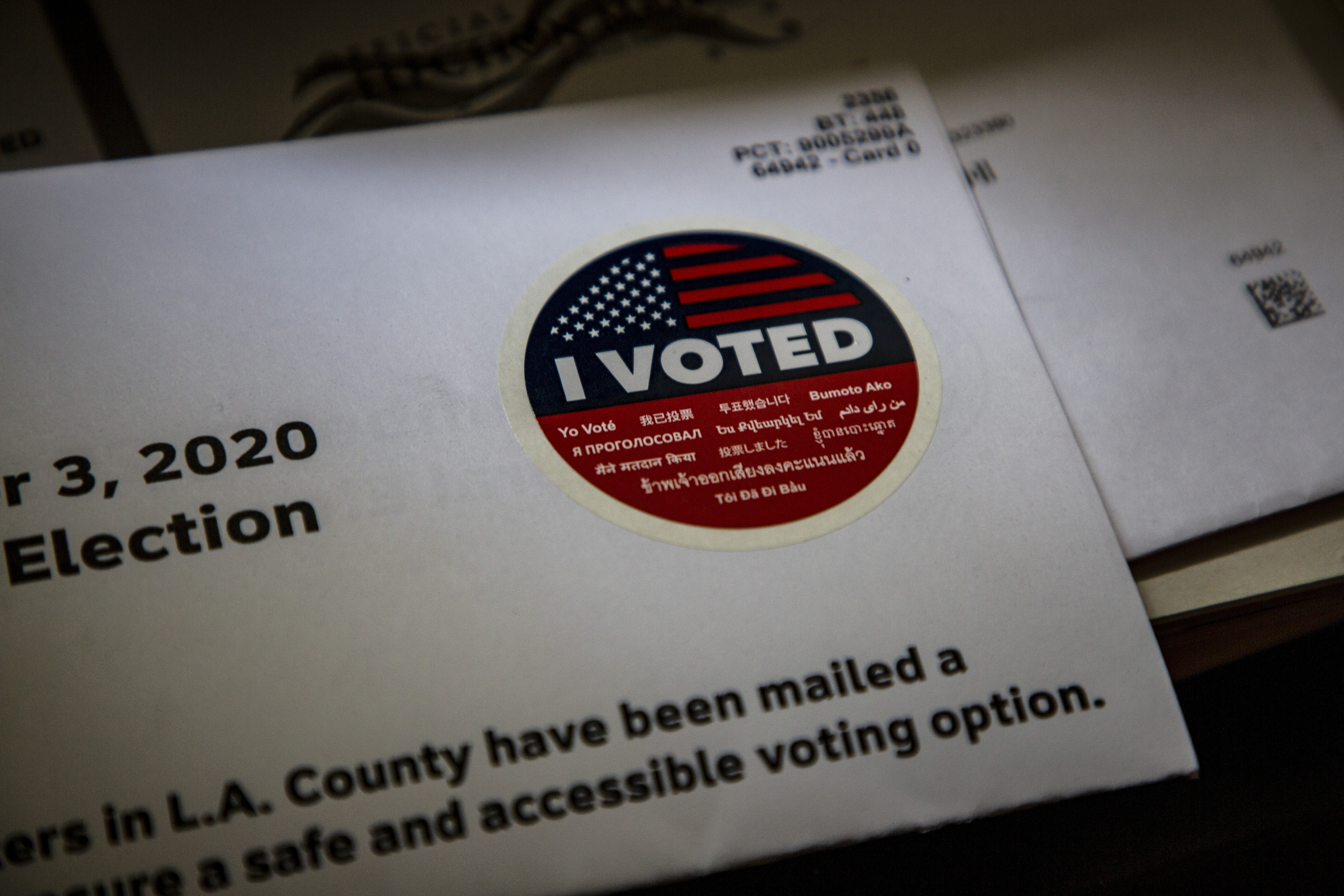