Nursing assistant Monica Brodsky hands over a funnel and vial for a saliva test for COVID-19 in Middleton, Wisconsin (Amber Arnold/Wisconsin State Journal via AP)

Coronavirus cases are once again spiking in the United States as the weather gets colder, and rural areas are particularly bearing the brunt of the damage.

There were more than 65,000 new cases in the U.S. on Thursday alone, and cases are up 25% over the last two weeks, according to the New York Times coronavirus tracker. Confirmed cases have surpassed eight million in the U.S. since the pandemic began, and half of all U.S. states have set single-day records for new cases in October, according to Reuters.

North Carolina set a new single-day high of coronavirus cases on Thursday, with the state Department of Health and Human Services reporting 2,532 new cases. There are currently more than 1,100 people hospitalized across the state. North Carolina recently moved to “Phase 3” of its reopening plan, allowing bars and movie theaters to open in limited capacity.

Gov. Roy Cooper, a Democrat, said Thursday that the decision to ease restrictions came from “the advice of health officials” and “looking at the science at the time,” and said the coming weeks will determine whether the state will tighten restrictions again.

“We know that it just isn’t the safeguards that you put in place,” Cooper, who is up for re-election this year, said in a news conference. “It’s whether people pulled together and abide by them and do the things that we need to do collectively to slow the spread, and we need all leaders throughout the state to set good examples.”

This wave of the pandemic has hit the Midwest especially hard, with cases in North Dakota, South Dakota, Nebraska, and Wisconsin radically spiking over the past several weeks. Wisconsin reported more than 3,700 cases on Thursday, another single-day high. Cases are up 25% over the past two weeks and deaths are up 59% in Wisconsin, according to the New York Times.

Earlier this month, the administration of Gov. Tony Evers issued an emergency order capping indoor public gatherings at no more than 25% of capacity. But on Wednesday, a Wisconsin judge temporarily blocked the order.

“Just because some folks out there want to see full bars and full hospitals doesn’t mean we have to listen,” Evers said Wednesday in response to the ruling. “The longer it takes for folks to take this virus seriously, the longer it will take to get our economy and our communities back on track.”

This wave of the pandemic has hit rural areas particularly hard. North Dakota, South Dakota, and Montana have seen the most drastic spikes in recent weeks, according to the Times. Cases are up in North Dakota 54% over the last two weeks, and deaths are up 39% in a state that’s home to just over 762,000 people.

North Dakota Gov. Doug Burgum, a Republican, said Wednesday that his state was “in the middle of a regional COVID storm.”

The spikes indicate that the holiday season is going to be particularly brutal if nothing changes, but so far it appears little in the way of support for new restrictions or resources to fight the coronavirus is coming from the federal government. In an appearance on Fox Business Thursday, however, President Donald Trump—who, along with his wife and son, tested positive for coronavirus and was hospitalized earlier this month—continued to downplay the problem, as he has done all year. “We’re not doing any more lockdowns,” he said. “We’re doing fine.”

And during a rally in Greenville, North Carolina Thursday, Trump called on Cooper to reopen everything, the same day that the state hit its single-day high for new cases. “North Carolina, tell your governor to open up your state, open up your schools,” Trump said. 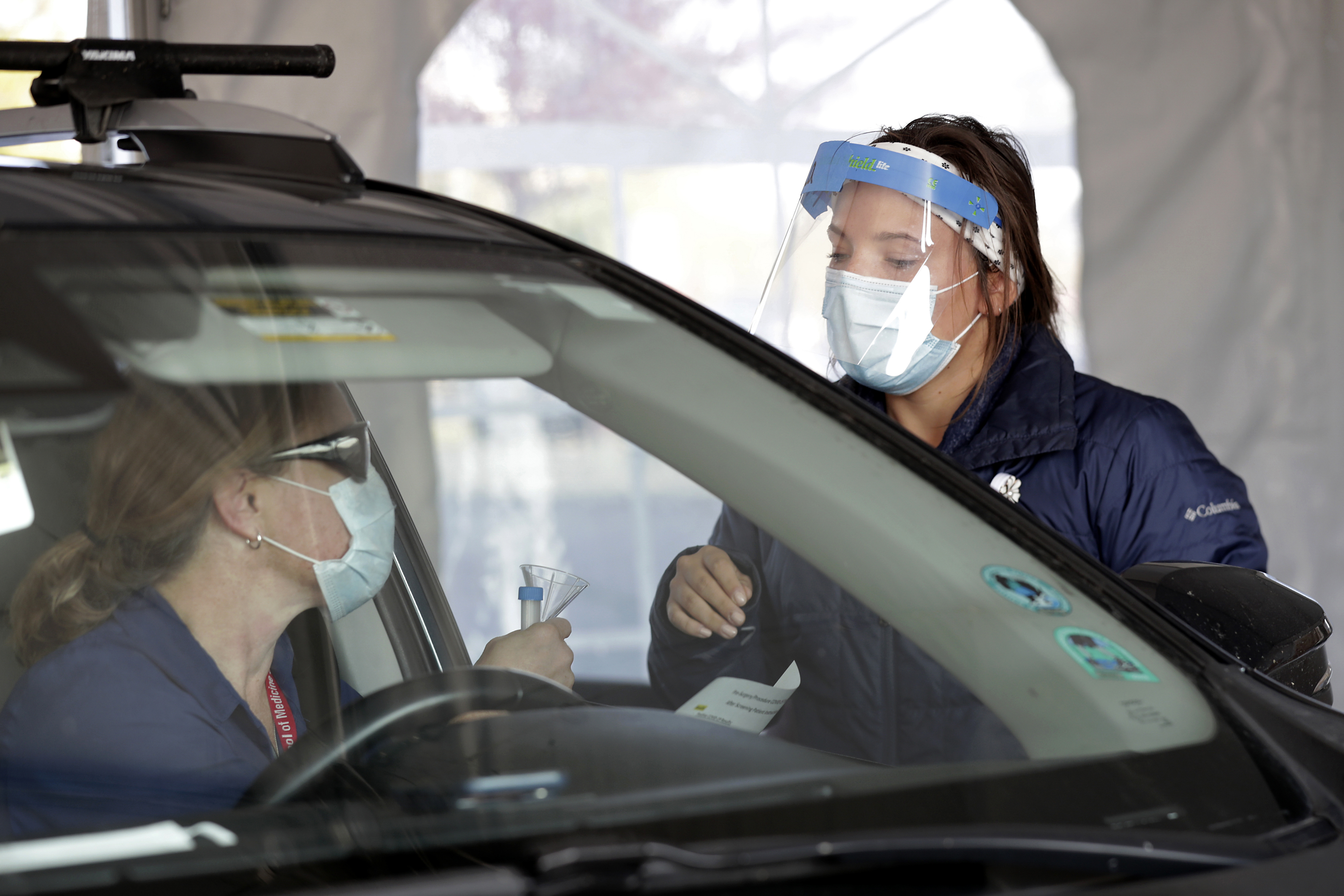