Even Jesus, when homeless, will have the cops called on him eventually.

It took all of 20 minutes for someone to call the police on a bronze sculpture of Jesus shrouded in a blanket and lying on a park bench, after it was placed outside the St. Barnabas Episcopal Church in Bay Village, Ohio, on Monday, according to the Cleveland Scene. The church’s priest, Father Alex Martin, documented the experience on Twitter after St. Barnabas announced it was temporarily hosting the “Homeless Jesus” piece, purchased by the local Community West Foundation, to “remind us that all people are created in the image of God.”

After his tweet went viral, Martin directed people to the church’s fundraiser for the homeless. The local police officer who responded to the call was “excellent,” and eager to learn about the statue, according to the church’s website.

“It reminds us that, even though homelessness is not a significant problem in our immediate neighborhood, we don’t have to drive far to find those in tremendous need,” the church said of the statue on its website. Bay Village, a city of about 15,000 people located near Cleveland, has an incredibly low poverty rate of 2.8% and a median household income about 66% higher than the national average, at nearly $103,000, according to government statistics.

“Perhaps the statue will inspire those who see it to take action and help,” the site added.

The priest’s contact with local police was hardly the first time someone’s called the cops on the sculpture, according to its Canadian creator, Timothy Schmalz. The effective but sometimes controversial piece has been installed in cities all over the world, and there’s even one placed at the Vatican.

Cops were dispatched to Homeless Jesus in Davidson, North Carolina, in 2014, after some residents felt the statue demeaned the neighborhood or was insulting, according to NPR. Two years later, emergency crews responded to calls about Homeless Jesus in Fargo, North Dakota, when people mistakenly thought the statue was a person needing medical attention. And, in Minneapolis, residents have called 911 in recent years out of concern the statue was a real person exposed to the city’s brutal winter.

The same is true for actual, living homeless people. One University of California, Berkeley researcher analyzed 3.9 million 911 and 311 call records out of San Francisco and found 911 dispatches about “homeless concerns” had increased 72% between 2013 and 2017, according to Bloomberg News.

In part, those calls keep coming in because cities are increasingly making behavior associated with homelessness—like panhandling or sleeping outdoors—a crime. After years of advocates charging that policing the homeless is cruel and harmful, some cities this summer finally relented and pledged to pull cops from those calls and send social workers out instead.

But, of course, Homeless Jesus isn’t committing any crime. The statue is meant to reflect the values of Christ, Schmalz said, and show that Jesus is aligned with “the least in our society, not the top, not the billionaires, not the politicians.”

In a press statement Friday, Bay Village Police Chief Kathy Leasure said that, had Homeless Jesus been a real person, officers would’ve been “able to assess the situation and take appropriate action,” including administering first aid or finding emergency shelter. Leasure noted her officers are certified in crisis intervention. The church’s website said that the 911 caller “surely contacted the police out of genuine concern.”

“We are pleased with the positive interaction our responding officer had with Fr. Alex Martin, the pastor at St. Barnabas,” Leasure said. “The City of Bay Village hopes that this will bring attention to homelessness and encourage our community members to help those in need.” 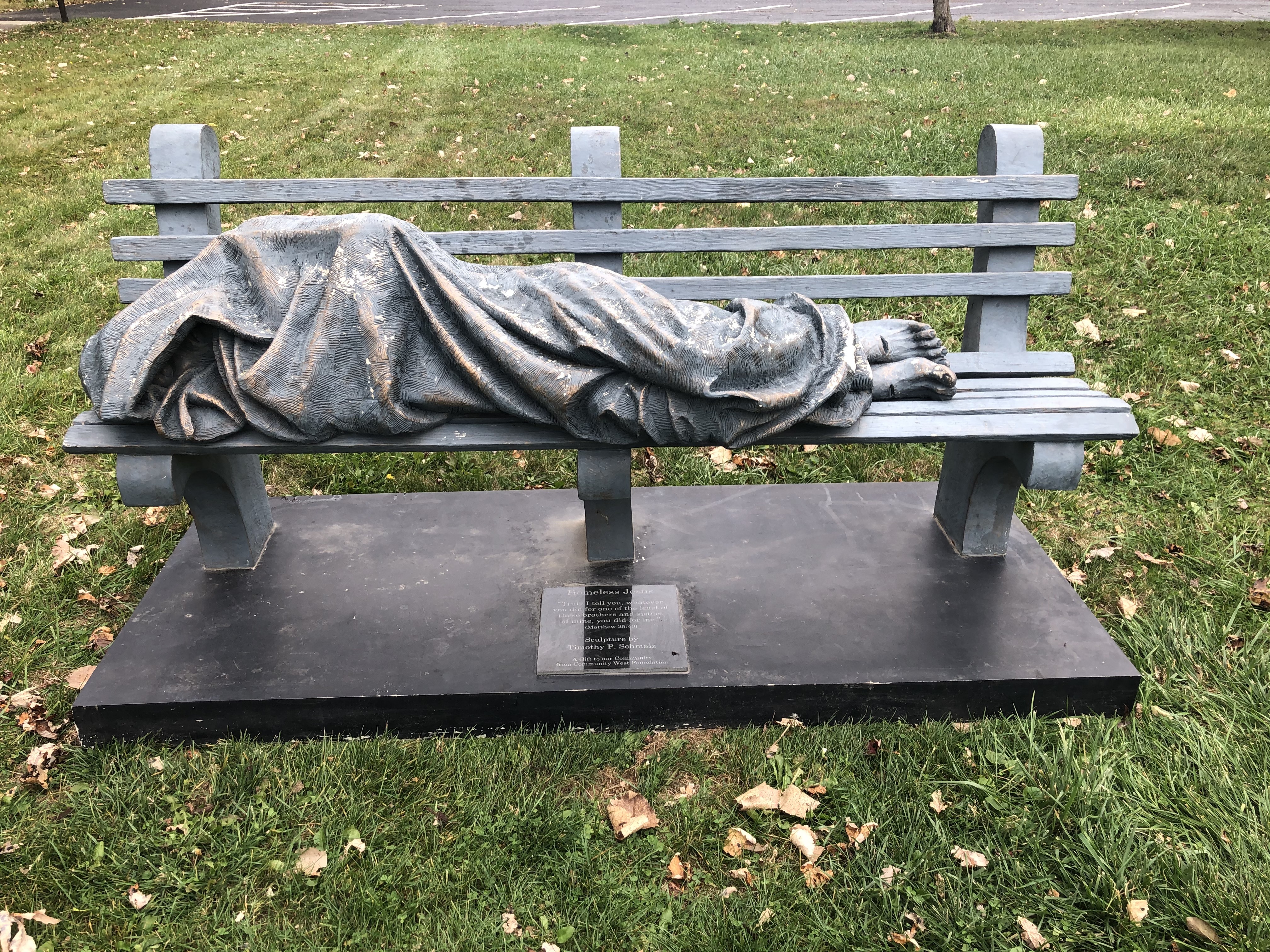 The Advantages of Using Custom Fabricated Materials for Your Business Needs